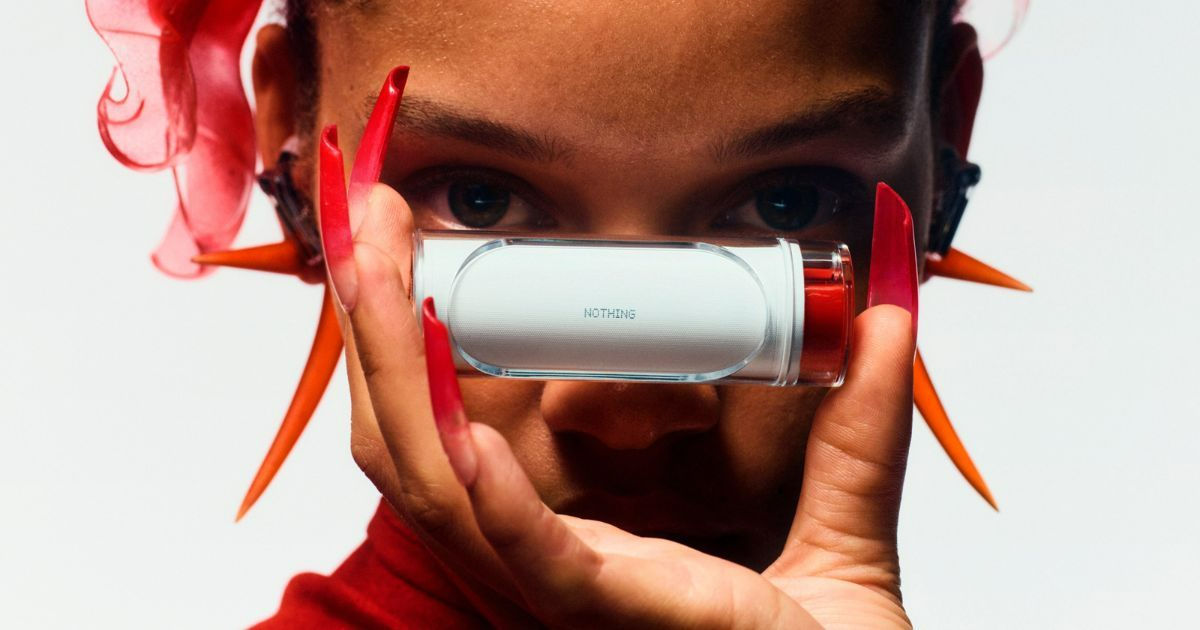 Nothing is gearing up to launch its next audio product- the Nothing Ear (Stick) and the accompanying charging case was showcased last week at the London Fashion Week. The images show a cylindrical, lipstick tube-like charging case of the Ear Stick. This unique design is claimed to allow the case to ‘simply glide into pockets.’ Now, the company has offered a full hands-on video through Errolson Hugh, who is the internationally acclaimed designer behind Berlin-based apparel brand Acronym.

The Nothing Ear Stick is gearing up to launch later this year. They are said to be extremely lightweight and supremely comfortable with ergonomic design. The design is said to be inspired by classic cosmetic silhouettes.

The Nothing Ear (Stick) design has been revealed officially by the company through Errolson Hugh, who is an acclaimed designer. The carry case is cylindrical and has a lipstick tube-like form factor. The earbuds are placed within the case and are identical to the original Nothing Ear (1). The case has dual cutouts to house the earbuds comfortably.

Unfortunately, Nothing hasn’t revealed any hardware details of the Nothing Ear Stick but since it started promoting them, we should hear more details in the next few weeks.

Separately, Nothing has started rolling out the Nothing OS 1.1.4 update to the Phone (1) and this adds a ‘Nothing-themed’ watermark to the camera app. The update brings improvements to the ultra-wide-camera colour calibration and increased colour consistency between main and ultra-wide sensors. It brings a new motion detection algorithm for improved stability when shooting moving objects. The company confirmed that Nothing Phone (1) will get an Android 13 beta update before the end of this year and a stable update by next year.