Since its inception, OnePlus has been sticking to its mantra of one flagship per year. So it came as a surprise when the company introduced the OnePlus 3T ­– an incremental update to its hugely popular flagship, the OnePlus 3. The 3T is essentially the same phone ­– with a larger battery, newer processor and improved front camera – among other minor changes. 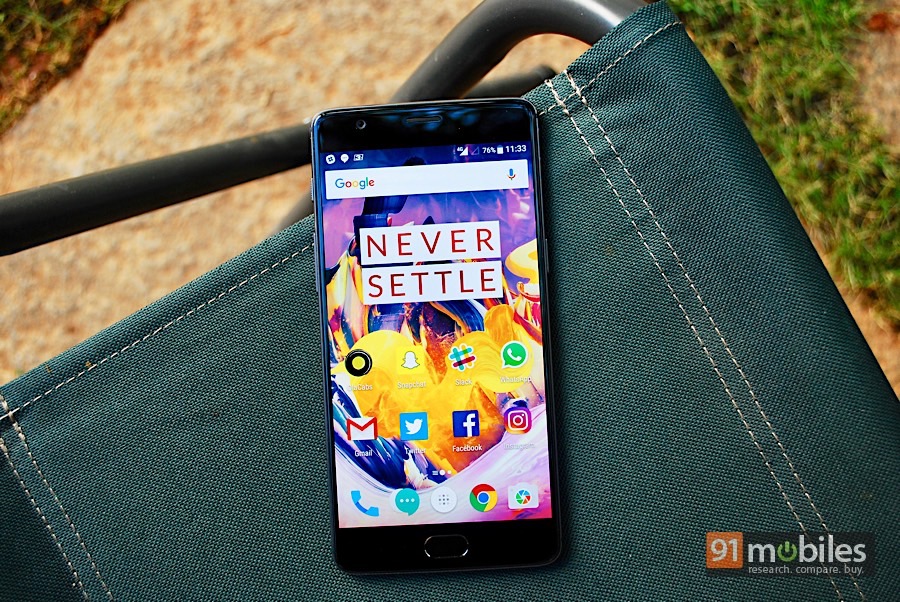 With the launch of the 3T, the brand also discontinued the OnePlus 3. That makes sense, given it’s pointless for OnePlus to manufacture and sell two nearly identical phones. Of course, this move irked many OnePlus 3 users, who found their swanky new flagship outdated in a matter of months. But for OnePlus, the 3T is an opportunity to stay current and relevant at a time when new flagships from Samsung, LG, Xiaomi and others are around the corner. While you’ll find all the nitty gritties in our OnePlus 3 review, for now, let’s take a look at what’s new with the OnePlus 3T. 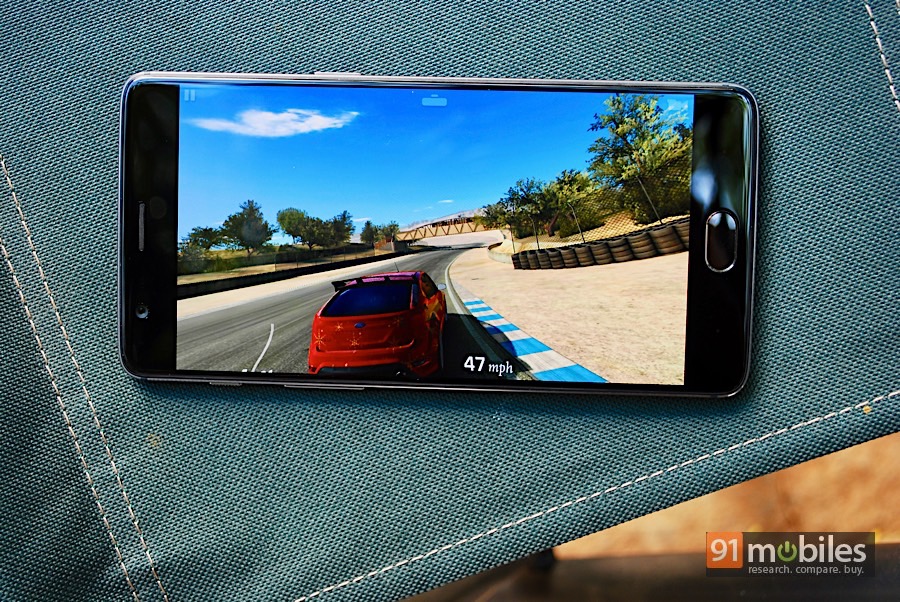 The OnePlus 3T’s main claim to fame is its Snapdragon 821 SoC – the same chipset powering the Google Pixel. Like the OnePlus 3, it gets 6GB of RAM to work with, but the storage options have been expanded to include a new 128GB option apart from the regular 64GB variant. The higher storage option is a much-needed addition, since there’s no microSD card slot for expansion. The OnePlus 3T is among the fastest Android phones you can buy today, and is capable of handling pretty much anything you throw at it, whether it’s multitasking or playing graphics-heavy games. 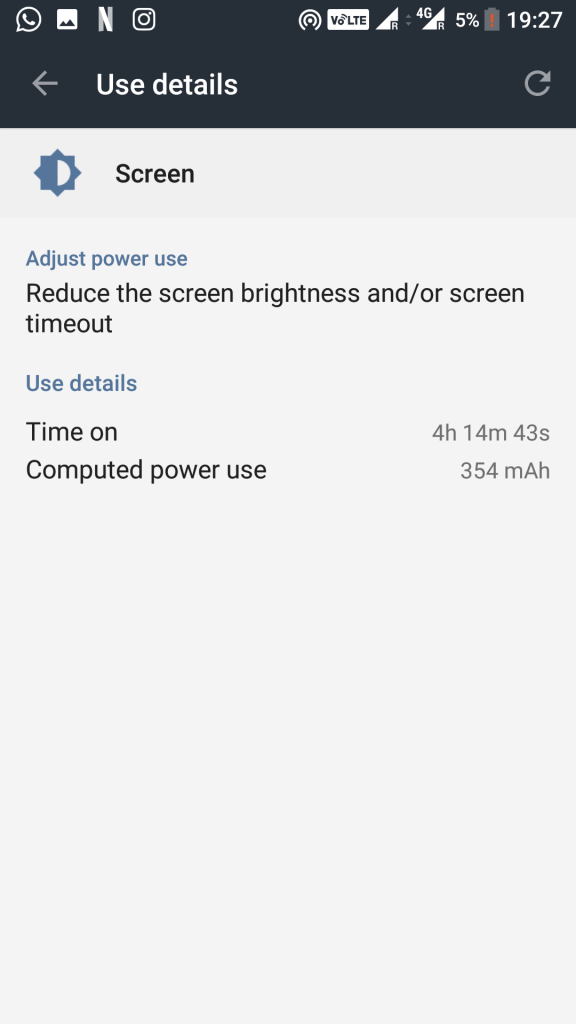 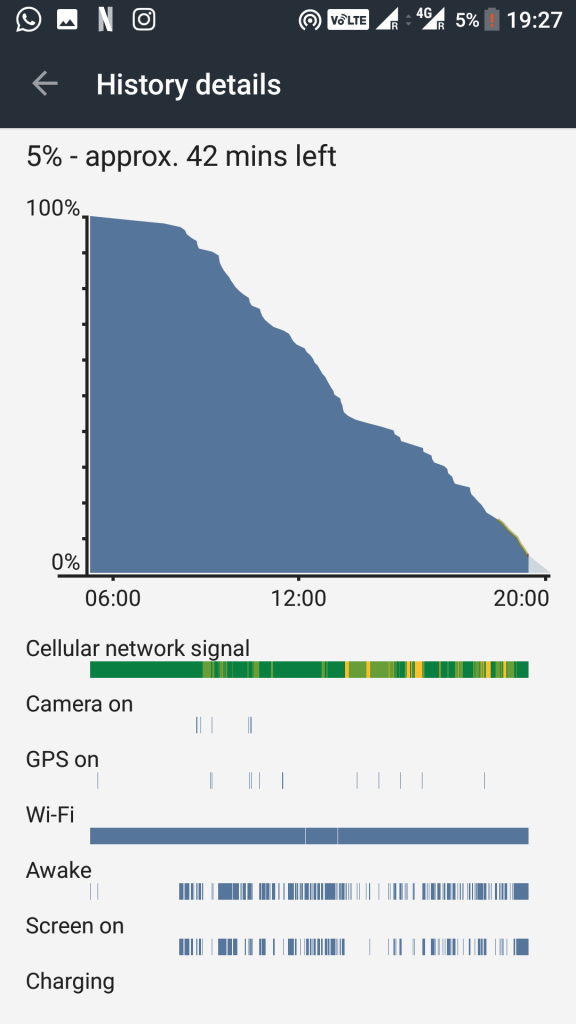 The other significant change is in the battery – it’s been bumped up from 3,000mAh to 3,400mAh. The difference in day-to-day usage though is marginal at best. We managed about four hours of screen on time with only 4G data and both SIMs inserted – just enough for a day’s usage. You can push this to 5 hours over Wi-Fi. The OnePlus 3T comes with the brand’s excellent Dash Charge tech, which can boost the battery from 0 to 40 percent in just 20 odd minutes. This only works if you use the bundled charger though. In our video loop battery drain test, the OnePlus 3T lasted for an impressive 19 hours and 29 minutes. Recharging it completely took just 1 hour and 31 minutes.

The OnePlus 3T is equipped with a 16MP front camera – a huge upgrade from the 8MP selfie shooter on the OnePlus 3. Apart from the obvious bump in resolution, selfies taken with the 3T ended up with less noise, more detail and natural colours. Check out the comparison images below for reference.

The 3T retains the primary camera of the OnePlus 3 – 16MP unit with f/2.0 aperture, PDAF and OIS. The camera is a great all-purpose shooter, and fares well in most conditions. You can check out a few camera samples below. 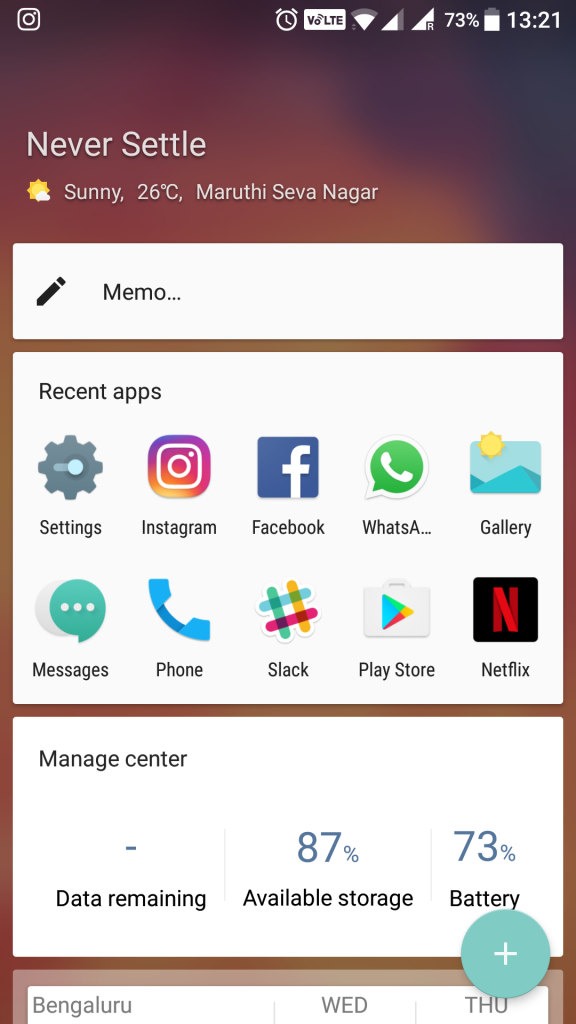 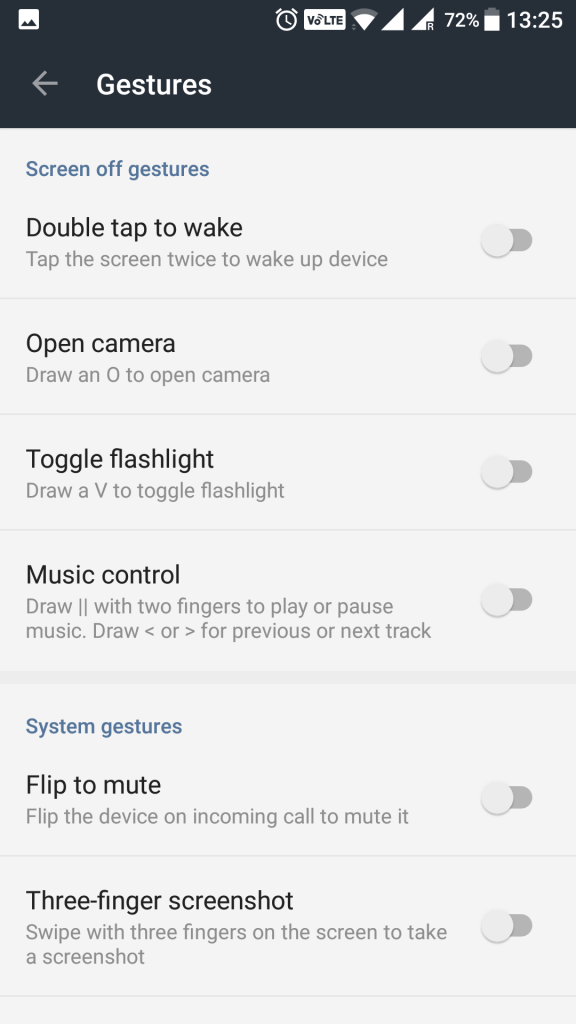 The ‘Shelf’, which is a dashboard you can access by swiping to the right, has received a makeover. The ugly banner image at the top has disappeared, and widgets look cleaner too. The 3T also gets new gestures, including flip to mute and three-finger screenshot. A new scrolling screenshot feature will also be available soon. 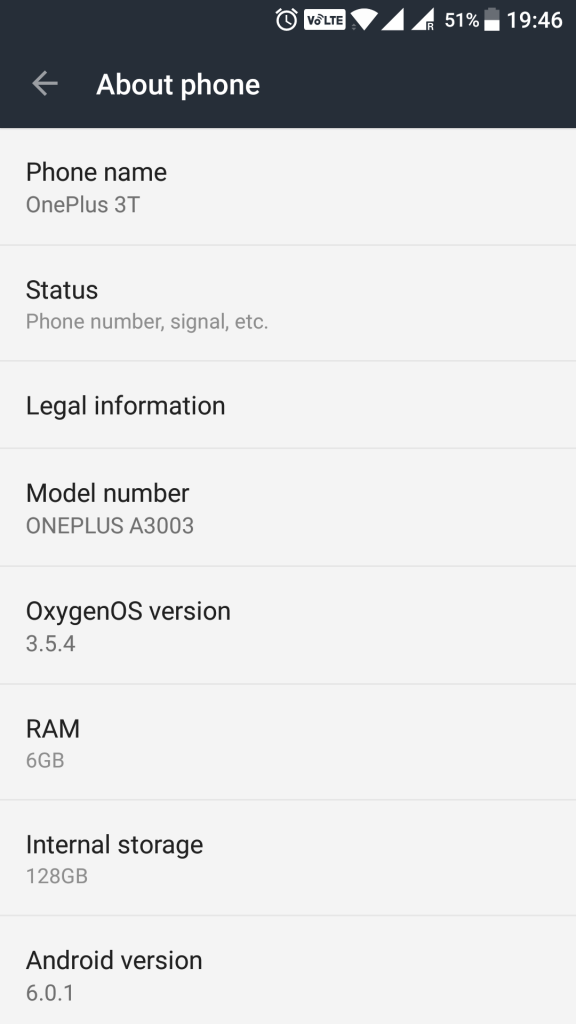 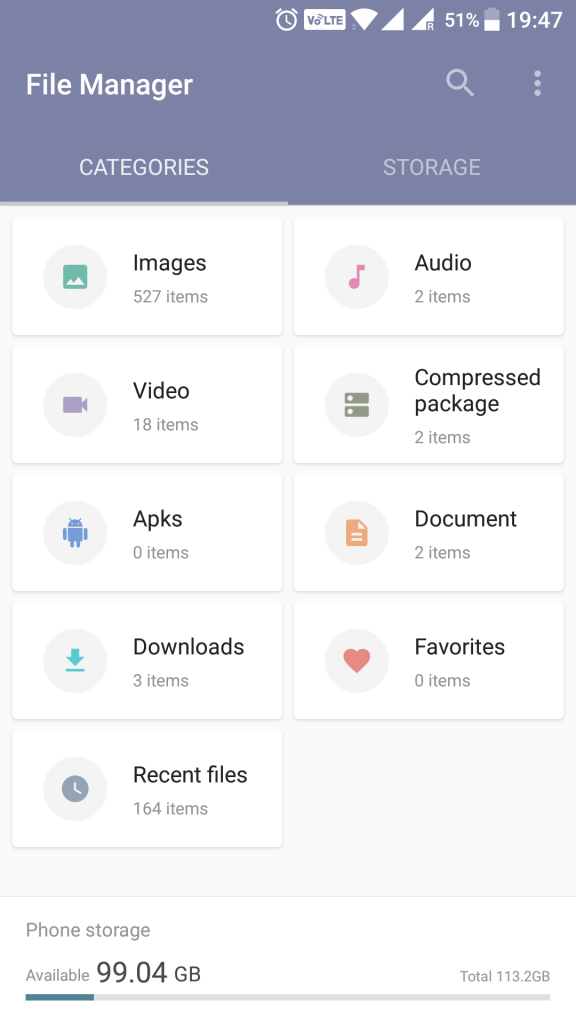 Apart from this, the File Manager and Gallery apps have also received some design changes. The good news is that both the OnePlus 3 and 3T will soon be on the same software update cycle, so OnePlus 3 users won’t miss out on any new software additions.

And that’s about it. The new Gunmetal Grey hue is darker than the Graphite Grey on the OnePlus 3, and looks classier in our opinion. You’d still need to use a case though, because the phone is very slippery. Luckily, OnePlus has an excellent selection of cases for the phone. 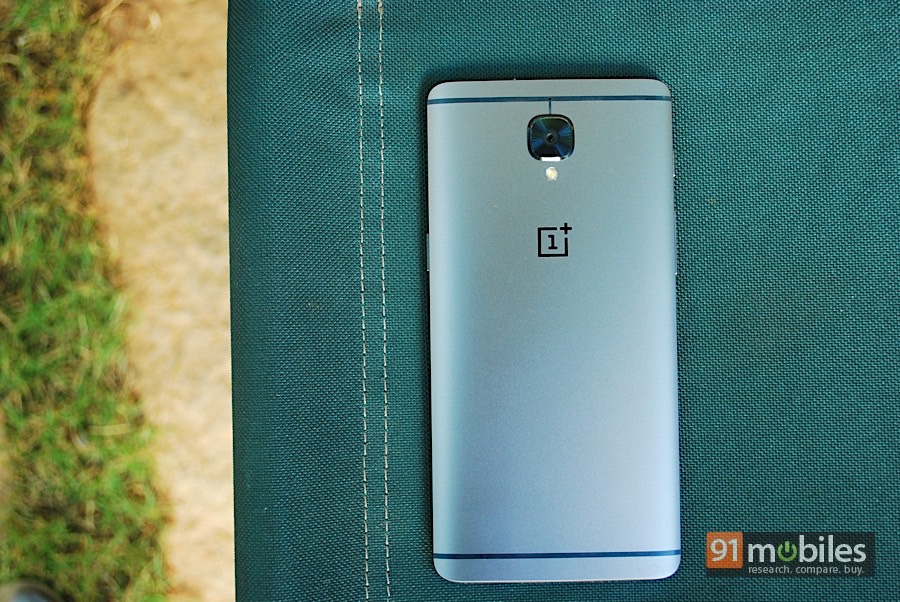 Despite rumours that the OnePlus 3T would feature an LCD display owing to AMOLED panel shortages, the company has equipped the flagship with the same Optic AMOLED screen as the OnePlus 3. The resolution is also the same at 1080p.

The design is unchanged, and brings with it the Alert Slider that debuted on the OnePlus 2. Our biggest qualm with the slider still remains – there’s no programmable Do Note Disturb mode – which means you’ll have to manually move the slider to change notification profiles.

The fingerprint sensor is still very accurate, but it often ended up getting activated with accidental palm touches, which was annoying. 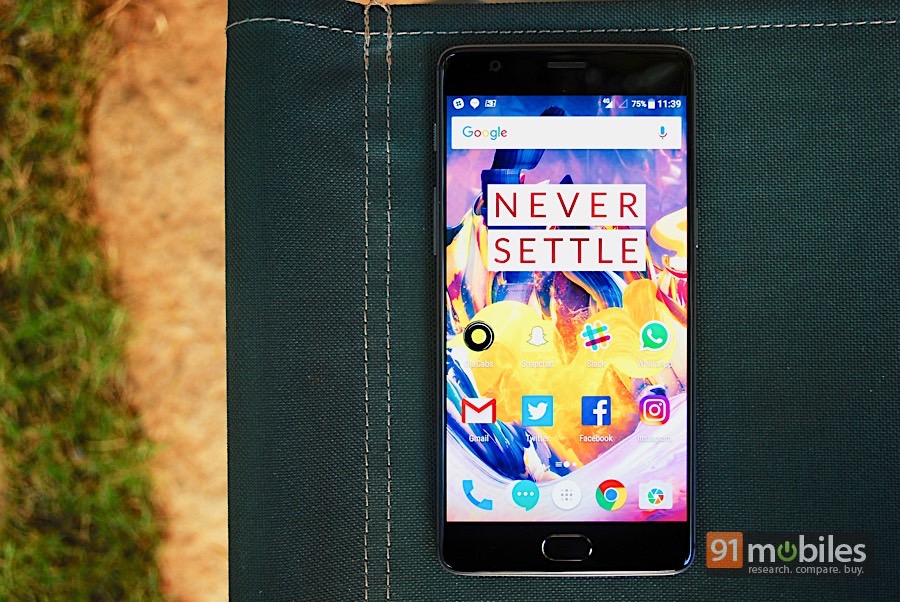 If you’re keen on changing your phone, yes. Like the OnePlus 3, the 3T is the best VFM Android flagship you can buy today. It might not have fancy features like water resistance and a 2K display, but these are minor compromises when you consider its price. The 64GB variant of the OnePlus 3T costs Rs 29,999, while the 128GB option is priced at Rs 34,999. In comparison, the Google Pixel (review) starts at Rs 57,000 for the 32GB model.

If you’re a OnePlus 3 user, there’s practically no reason to upgrade. You won’t notice much difference between the two phones in day-to-day performance, and you’d be much better off waiting for the OnePlus 4 (or whatever the next flagship is called), which is likely to bring in more significant upgrades.