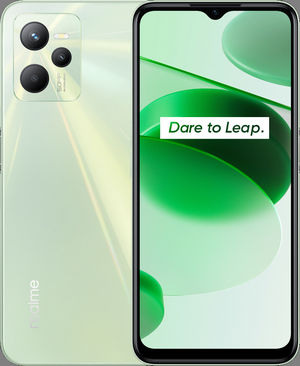 The flurry of smartphone launches from Realme does not seem to be slowing down at all. With the unveiling of the Realme C35 earlier this month, the total number of smartphone launches from the company in India this year stands at seven, and we are only in April. Priced starting Rs 11,999, the Realme C35 is a budget-focused phone and competes with a few smartphones from Realme’s own stable of products alongside offerings from Xiaomi and POCO. Let’s get into this quick review to see how worthwhile the device is. 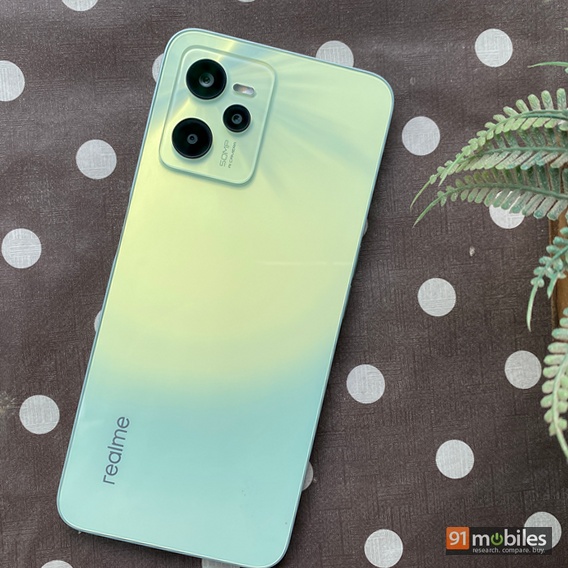 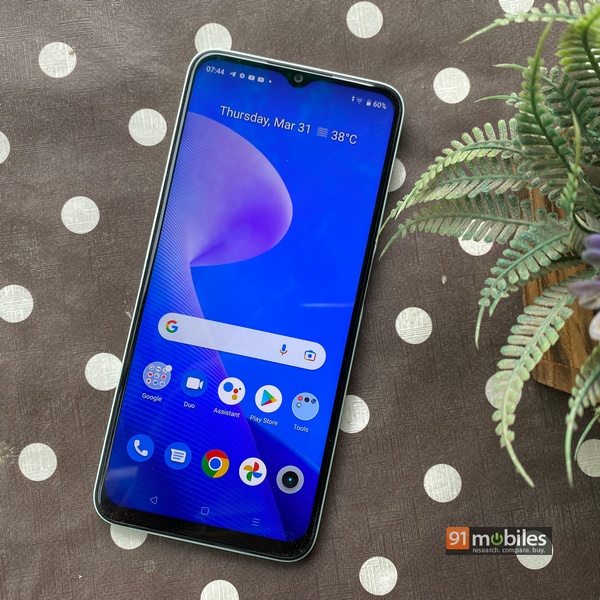 The Realme C35 is a large phone to hold, even though the display, which measures 6.6-inch diagonally, is not the largest in the segment. It might be because of the abnormally large bezels and a waterdrop-style notch that crowd the device’s front. Despite its size, the C35 is fairly lightweight at 189g and has a depth of about 8mm. Curves of any kind are absent on the back panel with Realme opting for flat edges on all four sides. I have slightly mixed feelings about this design choice as it does look rather cool but the sharpness of the sides cut into my palm. The usual combo of USB C, 3.5mm headphone jack and speaker grille is present on the bottom while the side-mounted power button doubles up as the fingerprint sensor. 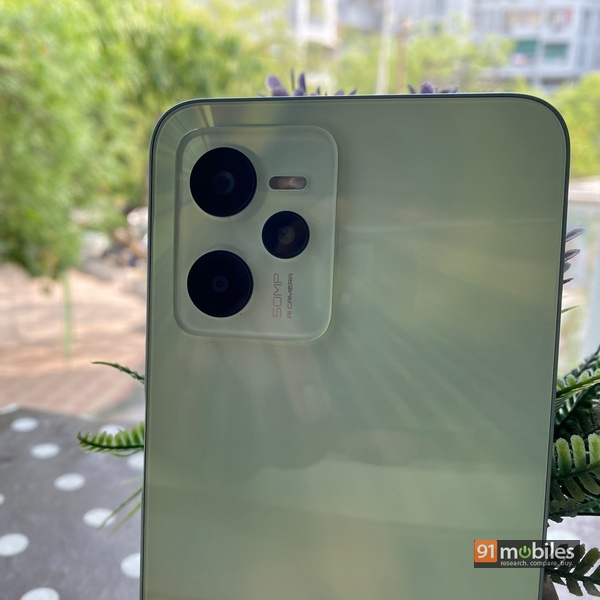 I have the Glowing Green colour variant with me with matte-finished rails that mimick the back panel’s glossy look. The triple-camera setup arranged in a way that is similar to previous Realme phones while the housing is raised ever so slightly from the chassis. Thankfully the display offers FHD+ resolution although the refresh rate is limited to 60Hz. The LCD panel does have up to 600nits of peak brightness which is quite useful in sunny outdoor conditions. Apart from that Realme has also employed a video display enhancement toggle that basically pumps up colours on YouTube videos. There’s the standard Vivid colour profile set for the display with changes possible only with colour temperature settings. There is WideVine L1 certification for HD OTT content too. 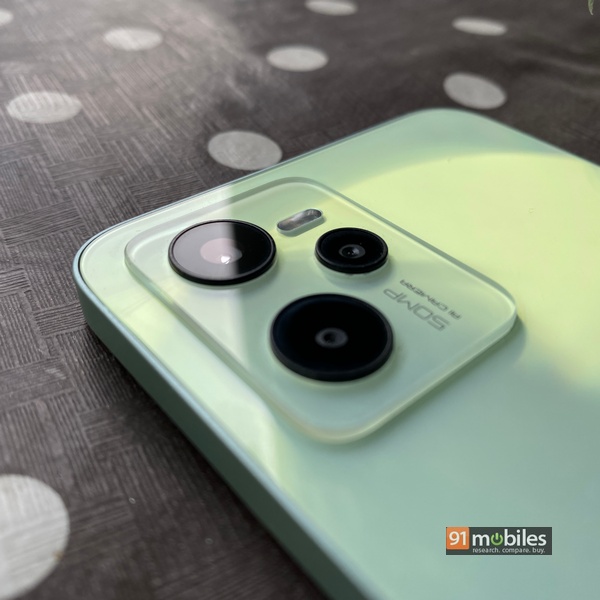 Talking about cameras, there is a 50MP primary shooter present along with a 2MP macro lens and 2MP B&W sensor. Photos from the phone are good enough although ample details are only visible in strong lighting. I did notice a soft focus on areas that are under shade. Colours look a bit washed out although this can be remedied to some degree with auto HDR and AI scene recognition. Portrait mode shots have slightly poor edge detection depending on the complexity of the object. As for the macro shooter, it was a hit or miss depending on the amount of light. More impressive, however, were low-light shots which were assisted well by the dedicated night mode. With streetlights illuminating the surroundings, details were captured reasonably well for a budget phone, though there was the occasional flaring on the lens. The selfie camera is an 8MP sensor that has the typical Realme functionality of overprocessed facial details but matching skin tones. Realme C35 houses the Unisoc T616 octa-core SoC based on a 12nm platform. During my usage of the device mainly involving opening random apps, a bit of gaming and some light browsing, I can say that the Realme C35 is not really a powerful phone. There were instances of the phone freezing up after running 5-6 apps simultaneously, Chrome faced random crashes and BGMI gaming was no fun at all. Benchmarking the phone returned pretty average scores even for a budget device. On Geekbench 5 the multi-core result was 1,307 while Antutu churned out an overall score of 187,040. The phone comes with 4GB or 6GB of LPDDR4X RAM and 64GB or 128GB of UFS 2.2 storage. 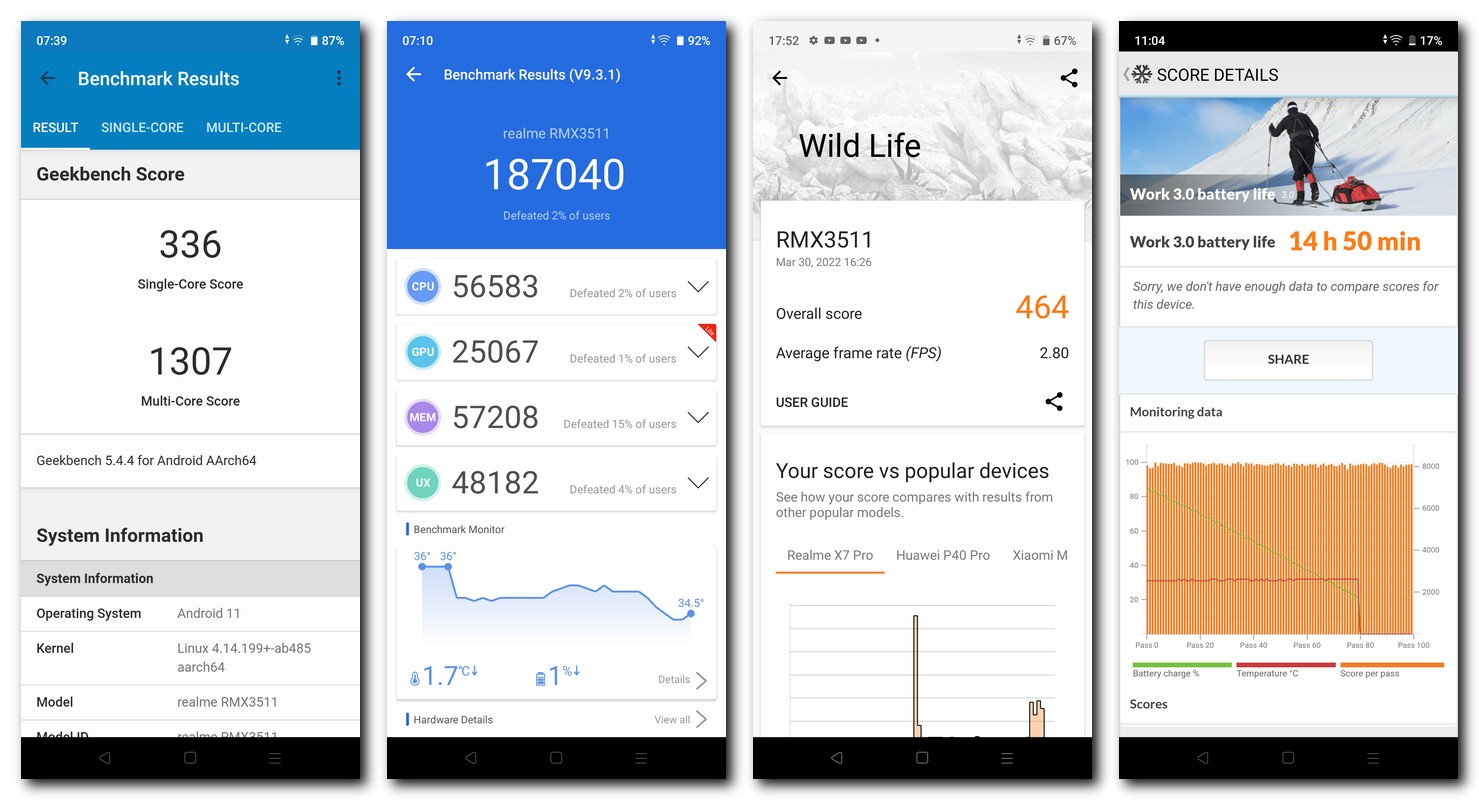 There is also a microSD card slot for adding up to 1TB of external storage. Authentication is snappy on the fingerprint sensor while the bottom-firing speaker can be considered average at best. I faced no issues of call drops or poor connectivity on Jio’s Noida network. Talking a bit about the software, Realme is using its R edition skin on the C35. It is more-or-less similar to the RealmeUI but stripped down to not stress out the CPU, kind of like Android Go. The R edition is still on Android 11, however, and an update to the next iteration could take its own sweet time with Realme’s budget phones. In terms of battery life, the Realme C35 has a 5,000mAh cell that can be charged at 18W speeds. PCMark’s Battery 3.0 test revealed a score of 14 hours 50 minutes which is satisfactory given the device’s battery capacity. 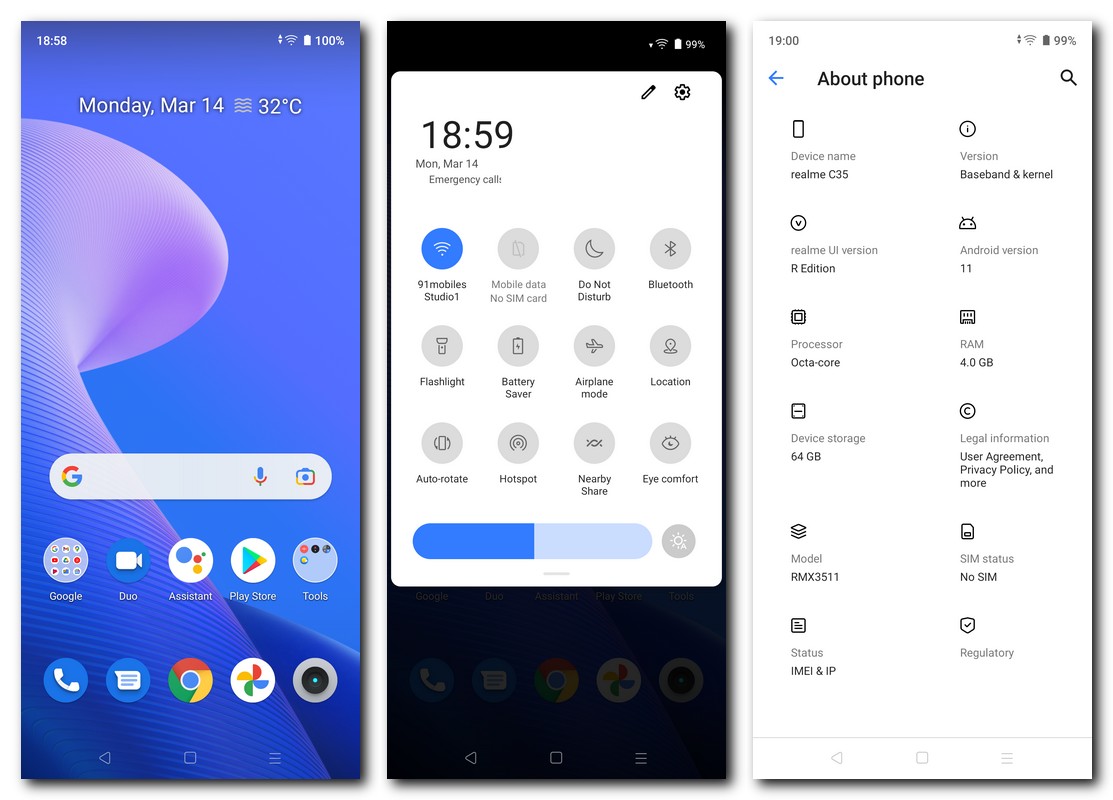 The Realme C35 is a standard budget offering from Realme, no different from its previous C series devices except this time the performance seems to be lacking just a bit. Aspects like design, battery life and the stripped-down software skin are fine, while the display is above average in terms of viewing quality. Daylight image capturing could be improved although I was satisfied with the nighttime shots. I feel that if it is better performance you are after, and are fine with sacrificing a bit on the software experience, the Infinix Note 11 (review) is a cheaper and worthy option. Xiaomi’s Redmi 9 Power (review) and Narzo 50A (review) offer bigger batteries while the Moto G31 puts in an AMOLED display at the same price. However, the Realme C35 acts as a jack of all trades and can be considered a decent option for under Rs 12,000. 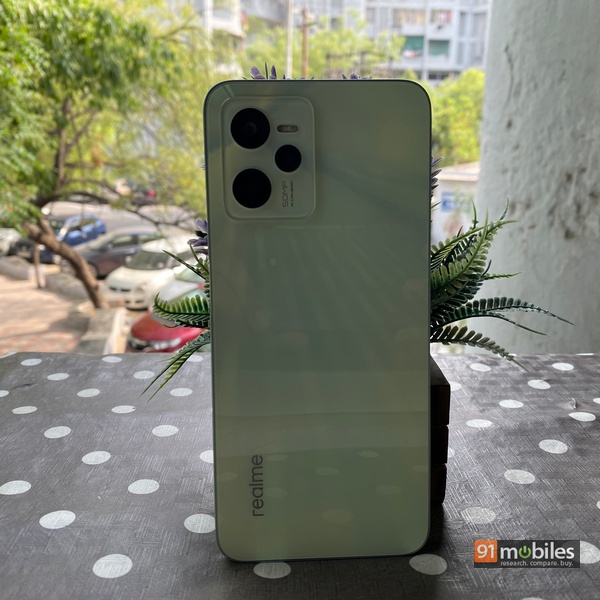