Whenever someone has asked me to recommend a good mid-range phone in recent years, my mind has instantaneously moved in Xiaomi‘s direction. Last year, there were some respectable offerings from ASUS and Realme in this price range but up until recently, Samsung hadn’t launched a head-turning phone in this price bracket. 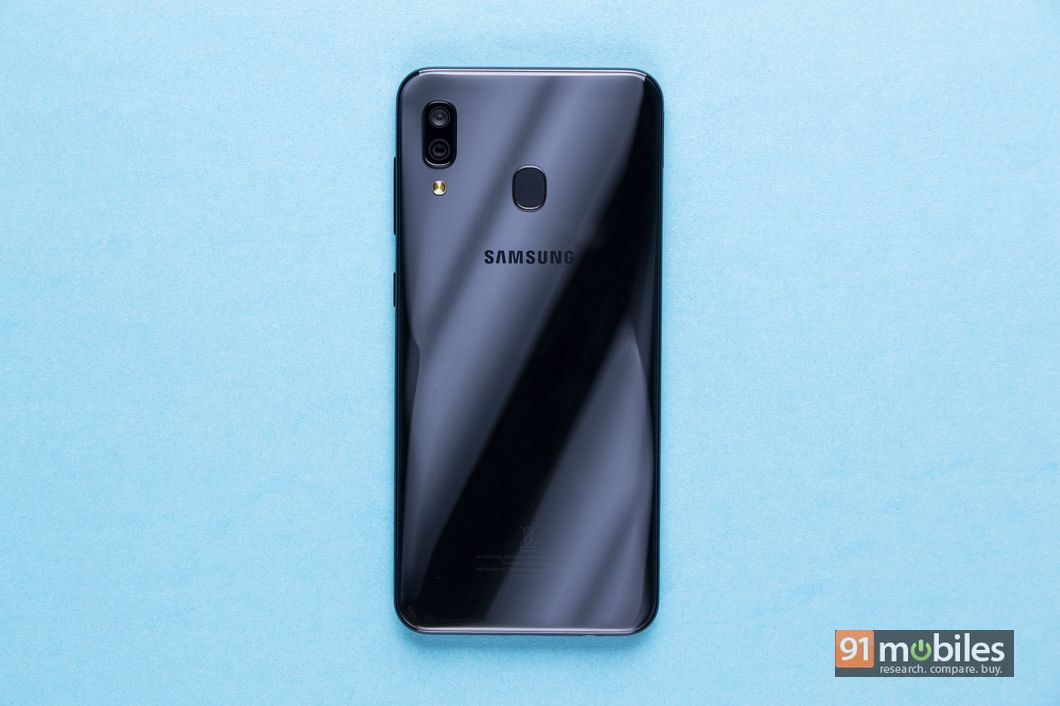 Thankfully, Samsung has brought its A-game in 2019 with the launch of Galaxy M series phones earlier this year and is now taking that forward with the launch of new smartphones in the Galaxy A series. I recently got hands on the Galaxy A30 (first impressions), which sits between the budget-centric A10 and higher-end A50. And after using the phone as a daily driver for some time, I am ready to share whether this should be your next phone or not. Without wasting another second, let’s jump into the Samsung galaxy A30 review.

I usually share the design aspects for most phones before coming to the display but Galaxy A30 is a solid exception to this rule. This is because the 6.4-inch full-HD+ Super AMOLED panel on this new phone from Samsung is gorgeous. We’ve all known for years that Samsung makes some of the best display panels in the industry but for its price, Galaxy A30 offers an incredible display that is crisp, vibrant, and amazing to look at. The Chaebol is yet to bring Infinity-O design to this series and as a result, you are treated to a waterdrop notch design, called Infinity-U, which isn’t a compromise in any way, if you ask me. 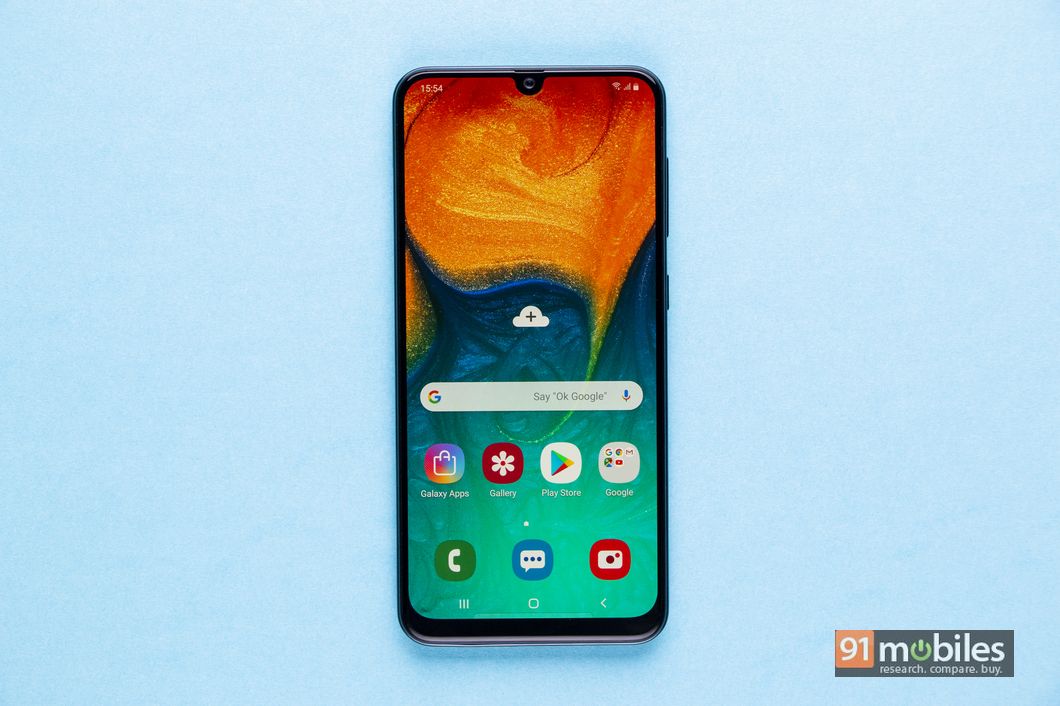 I used the phone for watching movies, music videos, and browsing Netflix but the screen never let me down in any way. It will not be wrong to say that the panel on Galaxy A30 is hard to distinguish from the displays on some of the premium phones available in the market. The viewing angles are good and the display holds up well in different lighting conditions as well. The Night Mode theme, which I’ll talk about later in detail, looks especially impressive as the darks look particularly good on Super AMOLED panels. The thin bezels on the top and the sides of the panel help in providing an immersive multimedia experience to the user. Considering all this, I can say that the display on the Galaxy A30 is the best that you can get in this price range. 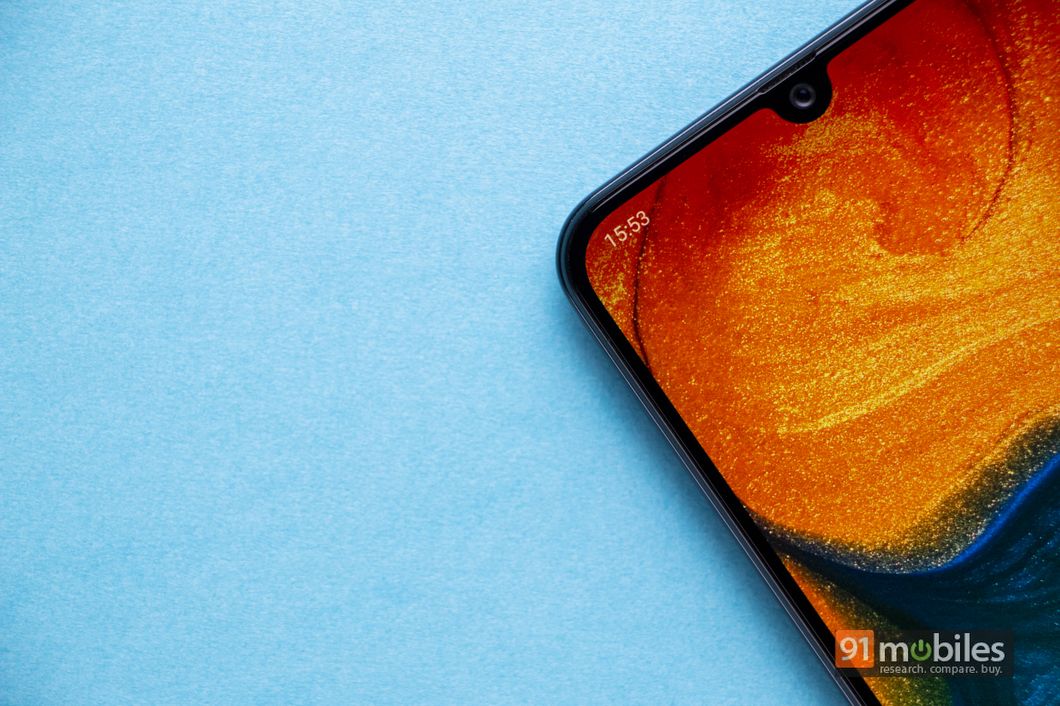 In terms of the design, as mentioned in our first impressions, the Galaxy A30 comes with a glossy polycarbonate back that lends it a premium look. Apart from the Samsung branding, there’s a pill-shaped fingerprint sensor in the middle, while the dual-camera setup is located on the top-left accompanied by an LED flash. The fingerprint sensor is fast and accurate as one might hope and I never felt like there were any issues in this department. 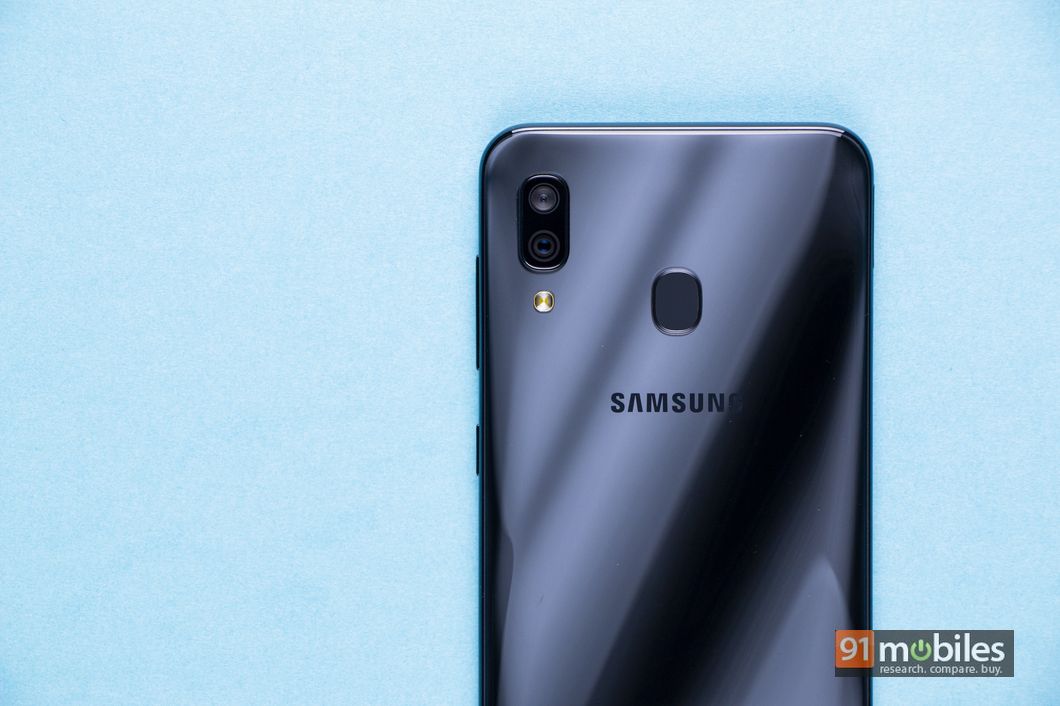 Speaking of ergonomics, despite a large display, the handset fits nicely in the hand and you’ll find the power button and the volume rocker on the right side of the phone. The SIM card slot is located on the left spine. At the bottom, you will find the USB type-C charging port along with the loudspeaker grilles and a 3.5mm audio socket. In sum, the Galaxy A30 looks and feels like a premium phone and although the phone’s rear acts as a magnet for fingerprints, the overall design is impressive.

Samsung Galaxy A30 Design Gallery
1 of 6

The Samsung Galaxy A30 comes with a dual-camera array at the back that features a primary 16MP sensor and a wide-angle 5MP sensor. At the front, you are treated with a 16MP sensor for selfies and video calls. Now, personally, I believe that if a brand has to include multiple camera sensors on a phone, the most useful sensor they can add to the primary one is a wide-angle sensor as it provides a unique perspective to the photos and helps you capture some really good shots even in spaces where it’s not physically possible to move back. Kudos to Samsung for listening. 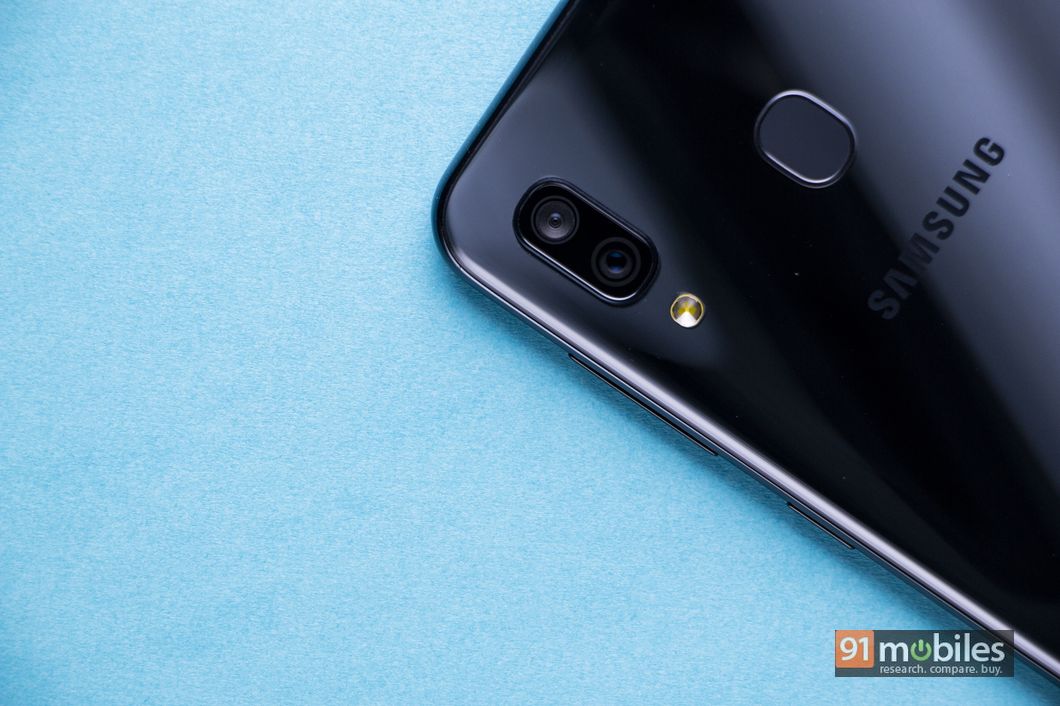 In the default camera app, you’ll find some familiar options again in the form of Auto mode, Live Focus mode, Panorama, and Video mode on the home screen. In the video mode, you will be able to shoot videos in up to FHD resolution. Sadly, it misses out on 4k video recording, which is available in rivals like the Redmi Note 7 Pro.

Coming to the image quality, the Galaxy A30 managed to take some impressive shots with a good amount of detail. I was satisfied with the dynamic range on offer, although I wouldn’t describe it as class-leading or even standout. To my surprise, the images taken in night conditions did not turn out to be grainy and were actually decent, which is a rarity when it comes to mid-range handsets. However, again, the best aspect of the camera setup is the wide-angle sensor, and while there’s a slight fisheye effect, as you might expect, it isn’t noticeable to a point where it would ruin the pictures. Take a look at the difference that the wide-angle sensor brings with the slider embedded below: 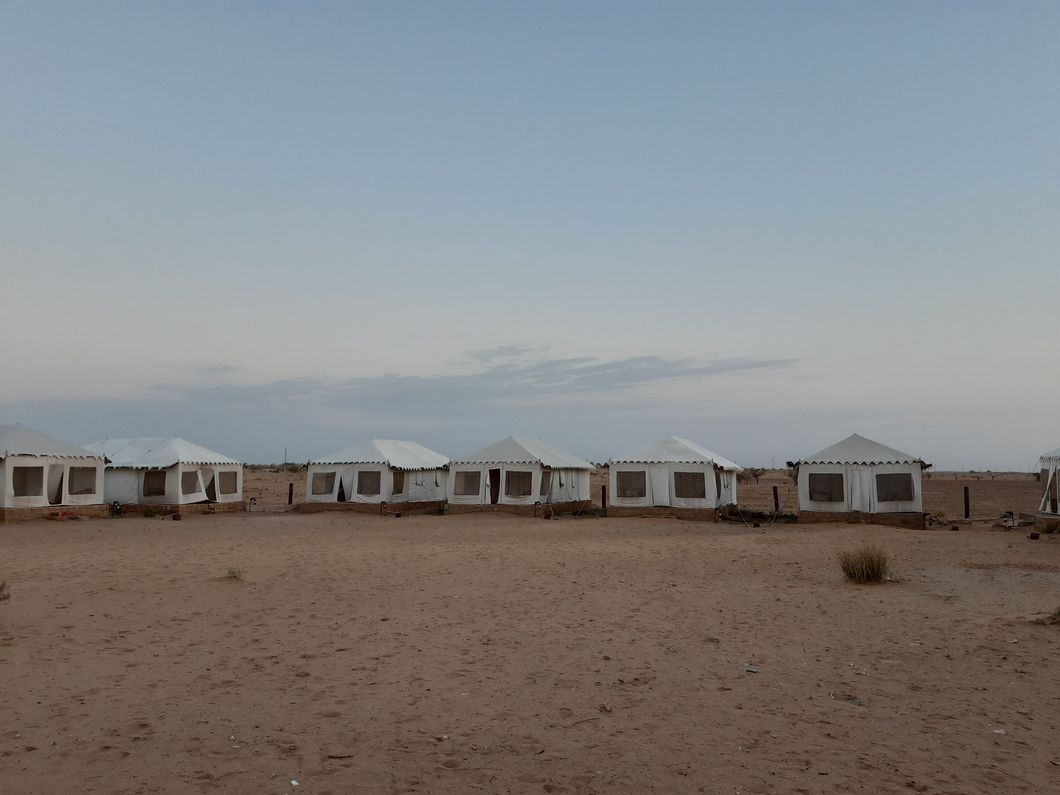 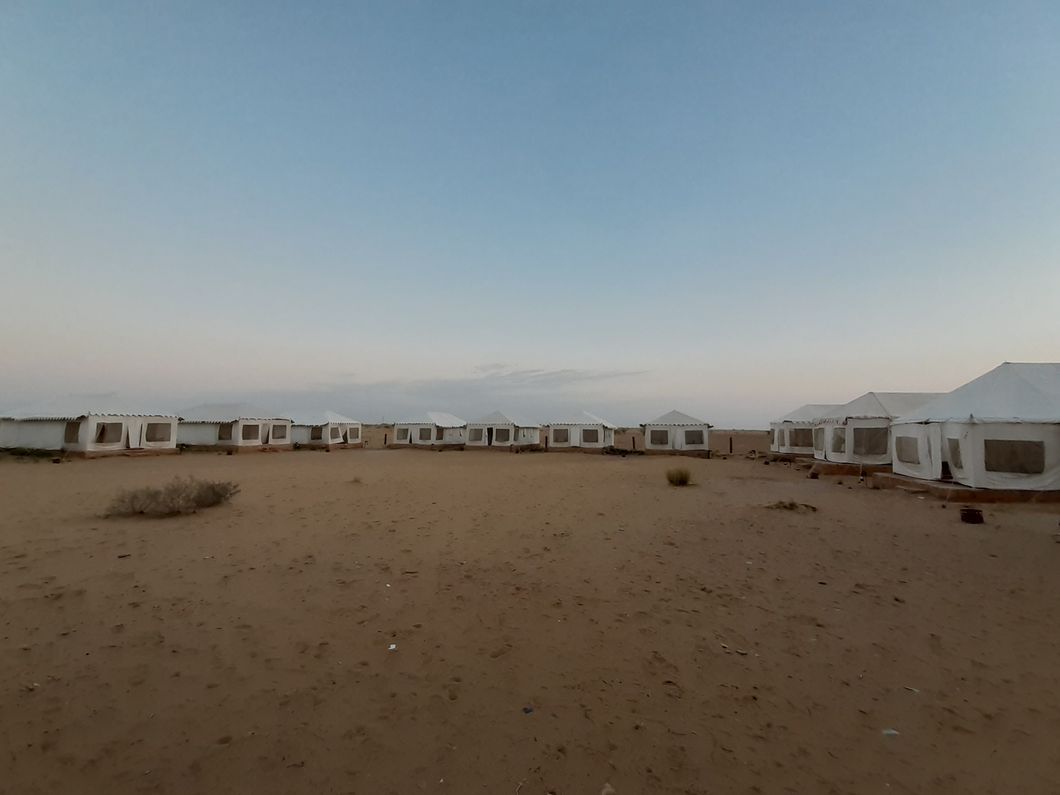 If we talk about the front camera, the live focus mode is available here as well. The overall quality delivered by the front camera on A30 is decent as the device managed to capture a lot of details and there wasn’t a lot of smoothening going on unless AI beauty was used. I found that the selfie shooter worked fine even for video calls, which were mostly made in poorly-lit conditions.

Now take a look at the camera samples taken with the A30 yourself and be your own judge:
Samsung Galaxy A30 Camera Samples
1 of 10

Samsung is still sticking with Experience UI for the Galaxy M series phones but thankfully, the brand has opted for Android Pie-based One UI for the Galaxy A series models. For those who are unaware, Samsung has already switched to One UI with its flagship models and even the phones that were launched before the new UI officially rolled out have received it via an OTA update. One of the first things that you will notice about One UI is that the platform feels incredibly minimalistic and uncluttered as compared to Experience UI. 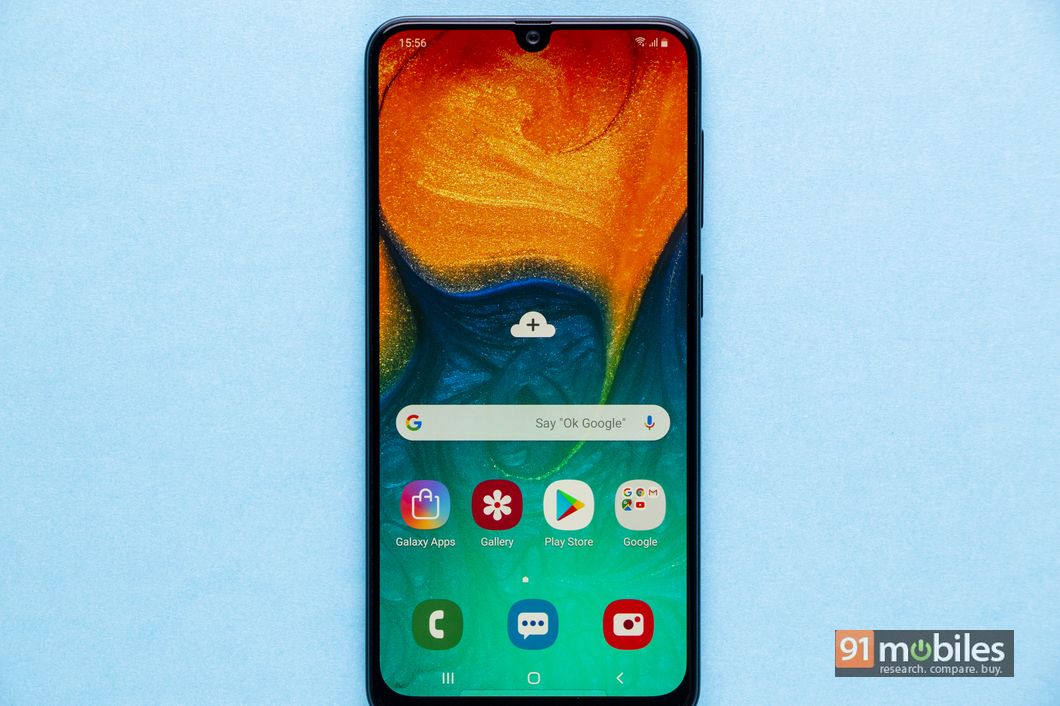 The UI animations feel smooth and the bubble-like theme for menus and notifications is aesthetically pleasing. You can get access to the notification shade by simply swiping down on the home screen and swiping down twice will present more options right there, which is a convenient option on a phone with a 6.4-inch display that makes it hard to reach the top corners while using the phone with one hand. Swiping up will take you to the app drawer just like it does on the stock iteration of Android.

Although the default light theme itself is pretty good in itself, the Night Mode was my preferred theme out of the two. The icon size, as well as the font size for the One UI by default, is slightly larger than stock Android but you can customise these two as per your preferences. There is the Digital Wellbeing section as well, which helps you keep track of your phone usage and improve it to make lifestyle better. The Lock Screen Stories feature, which presents you with info on the lockscreen as per your preferences, also makes a return but can thankfully be disabled easily too. Like most recent phones, you also get the face unlock feature, which works just fine.

Under the hood, the Samsung Galaxy A30 comes powered by the octa-core Exynos 7904 chipset, which is coupled with 3GB or 4GB of RAM. The hardware works well and doesn’t present glaring performance issues. However, after some time, I did notice some occasional hiccups when switching between the apps and even while simply changing the display orientation. While playing PUBG, the phone ran the survival game at medium graphics settings well but struggled at high graphics settings. For storage, the smartphone ships with 32GB or 64GB memory onboard, depending upon the variant you opt for. 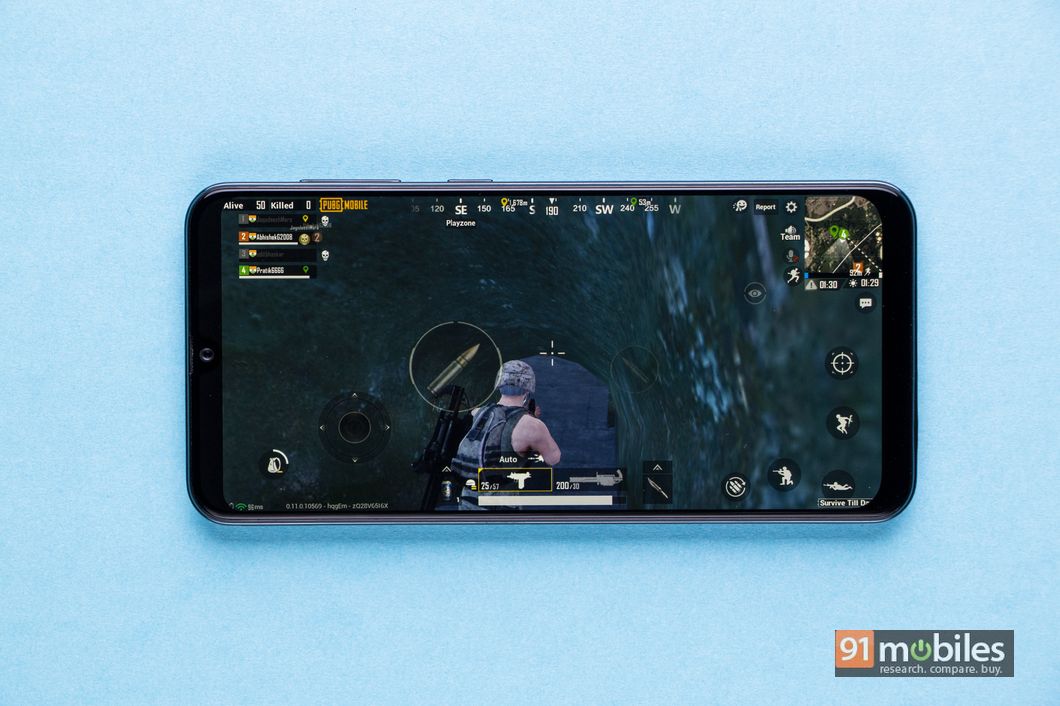 It’s a tad unfortunate that the brand has opted for a slightly less capable chipset as otherwise, the phone offers good performance. Again, for the sake of clarification, I would like to point out that the Galaxy A30 feels smooth on most occasions.

Packing in a 4,000mAh battery, the Galaxy A30 comes with enough fuel to last through the day. Being a heavy user myself, I didn’t need to look for the adapter before the end of the day or even till the next morning, in many cases. This reflected in our HD video loop test too, as the phone lasted for around 17.5 hours, which is a pretty good result. The device also comes bundled with a 15W fast charger, which is a plus. 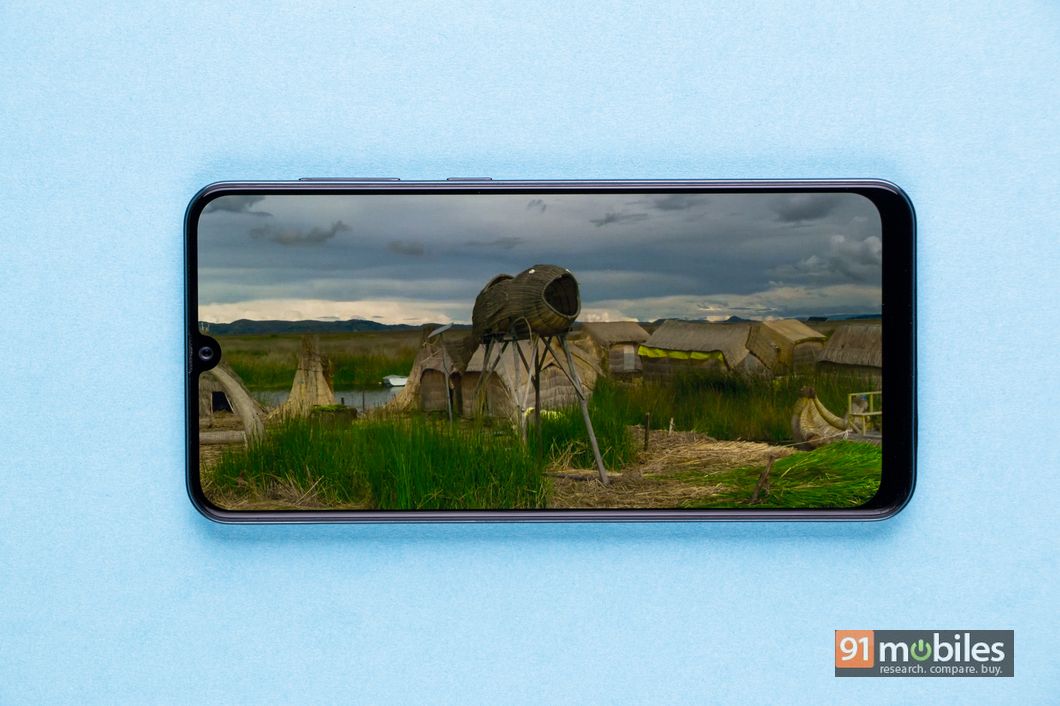 Truth be told, the Samsung Galaxy A30 delivers quite a lot at an affordable price of Rs 16,999. The handset’s display is its strongest point and the inclusion of One UI makes the deal even better. The only qualm I have with the phone concerns the performance department and if that was not the case, I would not think twice before recommending it to anyone. 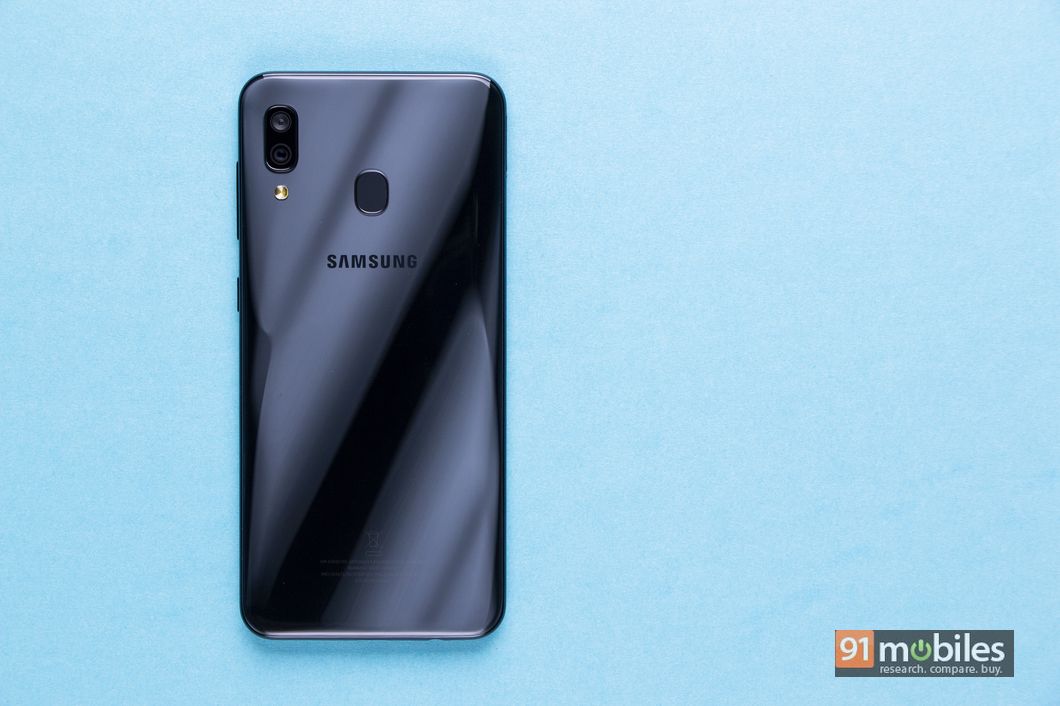 However, in the current scenario, the phone will have to take on the likes of the Redmi Note 7 Pro, ASUS Zenfone Max Pro M2 (review), and Samsung’s very own Galaxy M30. Since the Galaxy M30 comes with a triple-camera setup and a bigger battery (5,000mAh vs 4,000mAh) while being cheaper by Rs 2,000, it will eventually boil down to the choice of platforms between Experience UI and One UI that will sway the decision to one side. However, bear in mind that the Galaxy M30 (first impressions) will be receiving One UI later this year with an OTA update. When it comes to Redmi Note 7 Pro, you get a much better processor in comparison to the Galaxy A30, a 48MP rear camera and a debatably better design. Not to mention that Xiaomi has priced the handset atttractively at Rs 13,999 — a good Rs 3k lesser than the A30.

In a nutshell, Samsung’s Galaxy A30 is a complete package in the mid-range, but you’d need to weigh your options carefully before zeroing in on it.