There’s a lot of good music to go by these days, and what better way to enjoy your music than on the recently released high-end, audiophile-grade V-MODA Crossfade Wireless 2? That’s right, premium audio manufacturer V-MODA recently unveiled the successor to the Crossfade wireless, which have been the fan favourite of DJs across the globe. Having reviewed V-MODA’s Forza Metallo wireless recently, I was immensely impressed with the product’s build and sound quality, but the question remains – can the Crossfade 2 wireless find a place on your head? Stay with me to find out. 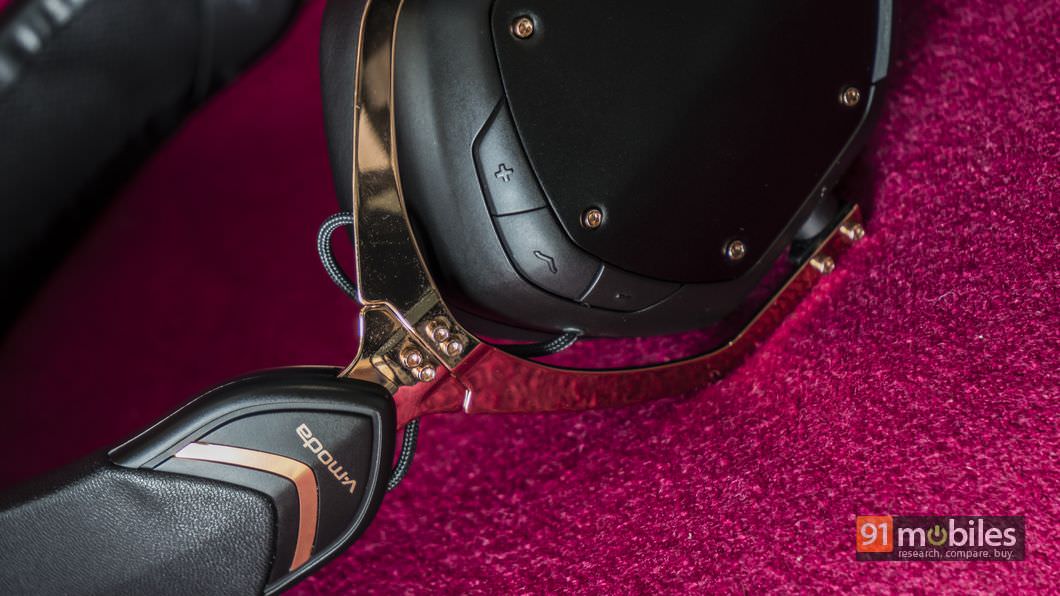 You might have heard the saying ‘’never judge a book by its cover’’ but when the book in question is a pair of headphones which retail for Rs 28,000, you have every right to do so. Luckily for V-MODA, the company knows a thing or two about design and its products are always excellently built. The story remains unchanged for the Crossfade Wireless 2 which employs premium materials in its construction. Right from the get-go, you get a feeling of sturdiness from the Crossfade 2, which is lacking in other headphones. Be it the metal arms which connect the ear cups to the headband or the exposed screws which can be undone to replace the standard hexagonal shields, the V-MODA’s Crossfade 2 look and feel solid. Speaking of which, the headband on the V-MODA Crossfade 2 employs a custom tech which the company calls SteelFlex and claims that it is ‘’virtually indestructible’’. 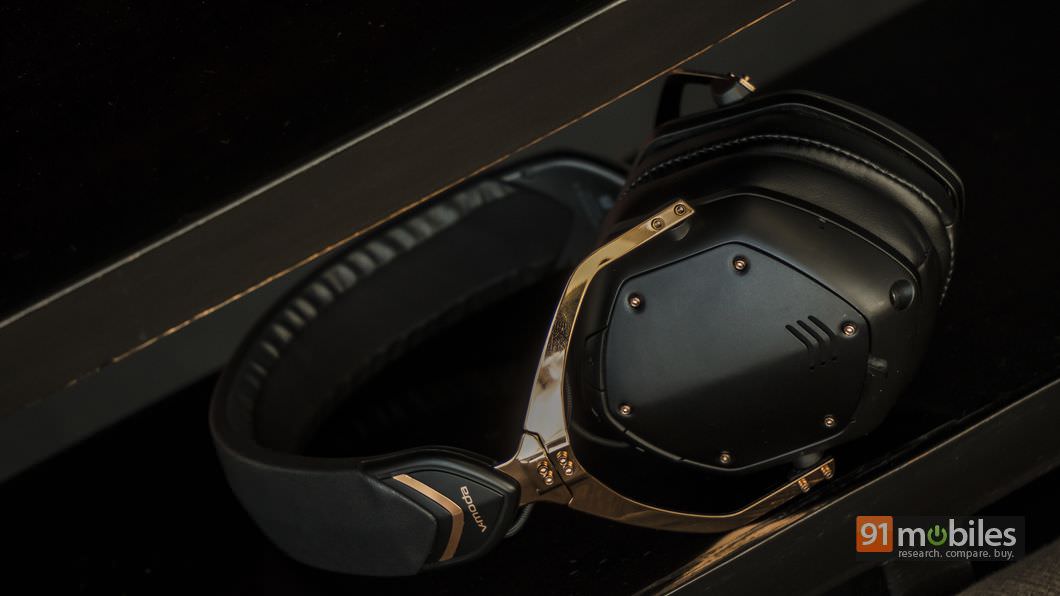 Even though I am all for innovation in design, the virtually similar construction of the Crossfade 2 wireless to its predecessor gets a pass in my books as it has helped the company to retain some of the best features from the original model. Having said that, there are some differences in the design of the two headphones. The Crossfade 2 come with a patented CliqFold hinge which allows you to fold the headphones, something which users on the go will appreciate immensely. The company also claims that the headphones come with a bigger battery this time around, which comes in at 430mAh.

The V-MODA Crossfade 2 wireless can be customised with 3D printed or laser engraved custom shields which can be purchased from the company’s website and all things considered, I am yet to find a more good looking pair of headphones than the Crossfade 2 wireless. My only gripe with the brand is that it is only offering one year of warranty in India, which is a letdown considering you get a lifetime warranty in some other parts of the world. 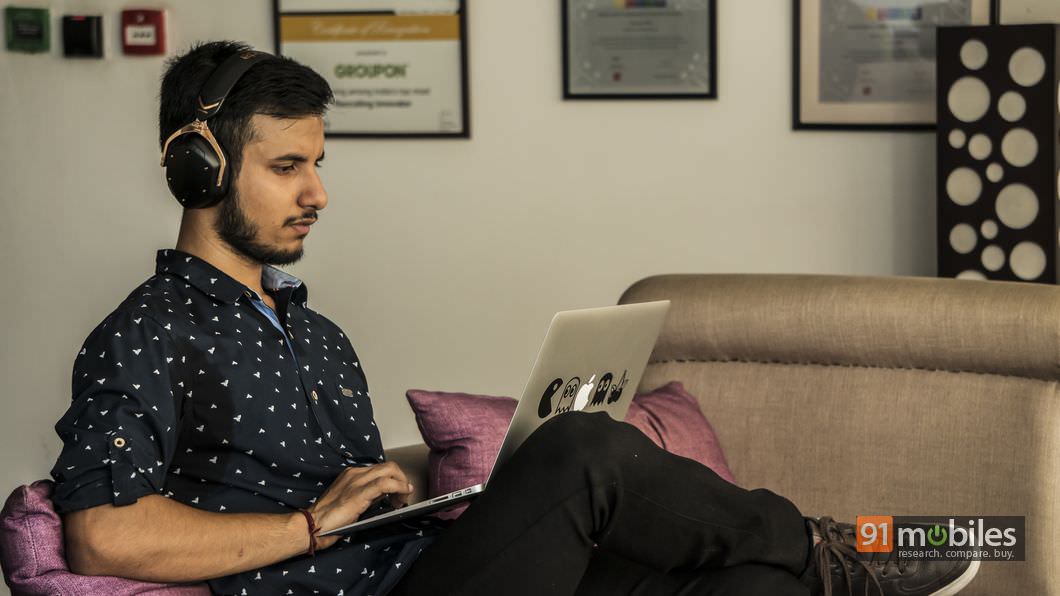 When I first unboxed the Crossfade 2 Wireless, I mistook them for on-the-ear headphones, the reason being that they’re significantly smaller than most other over-the-ear headphones. Naturally, I had my doubts regarding the comfort of the headphones and even though the cups didn’t cover my ears entirely, they weren’t uncomfortable. The enhanced memory foam cushions are plush and thick, and despite weighing almost 309g, I could comfortably listen to music for hours on end. I would like to point out that the headphones clamp a little too tightly. While it wasn’t a deal breaker for me, your mileage could vary. 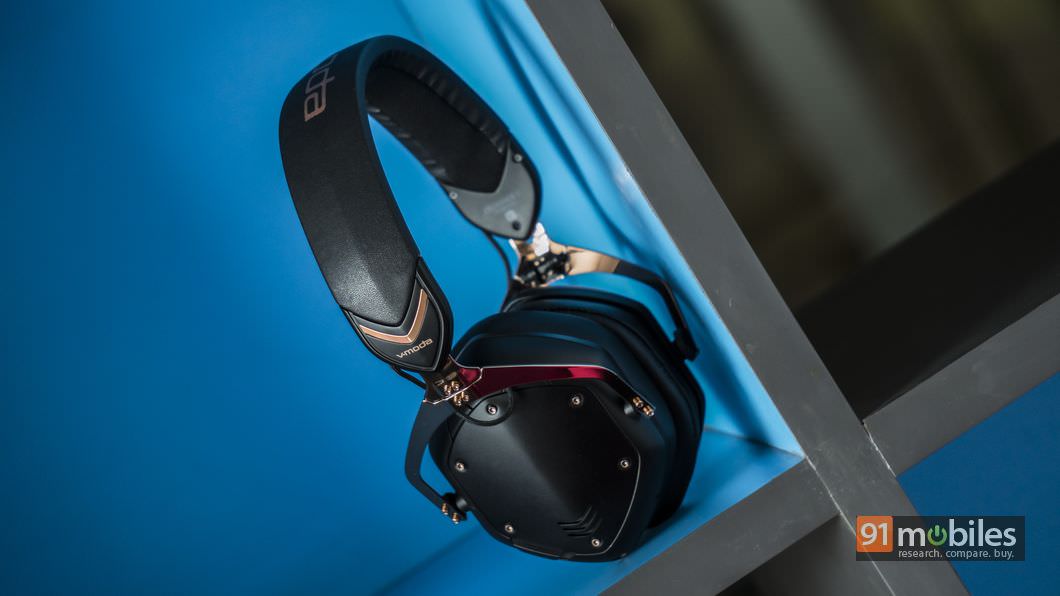 The V-MODA Crossfade 2 Wireless is powered by dual-diaphragm 50mm drivers and going by the spec sheet alone, you might have guessed that the headphones pack a hefty punch. I got the Rose Gold variant of the headphones to review, which coincidentally is the only variant in the lineup to come with support for Qualcomm’s aptX codec. Having said that, the Crossfade 2 Wireless are the perfect headphones for a bass enthusiast but that doesn’t mean that they are a one-trick pony. Matter of fact, while the sound signature has been tweaked to offer more prominence to the bass and sub-bass frequencies, there’s plenty of pizzazz in the mids and the highs too. The topsy-turvy beats in Superfruit’s Imaginary Parties are tight and punchy but don’t subdue the vocals at any point. Similarly, Kodaline’s Brother, which isn’t a bass-y song by any means and is more vocal-driven sounds really good on the Crossfade 2 Wwireless too. In fact, the song is a great example of the how the headphones handle instrument separation too. 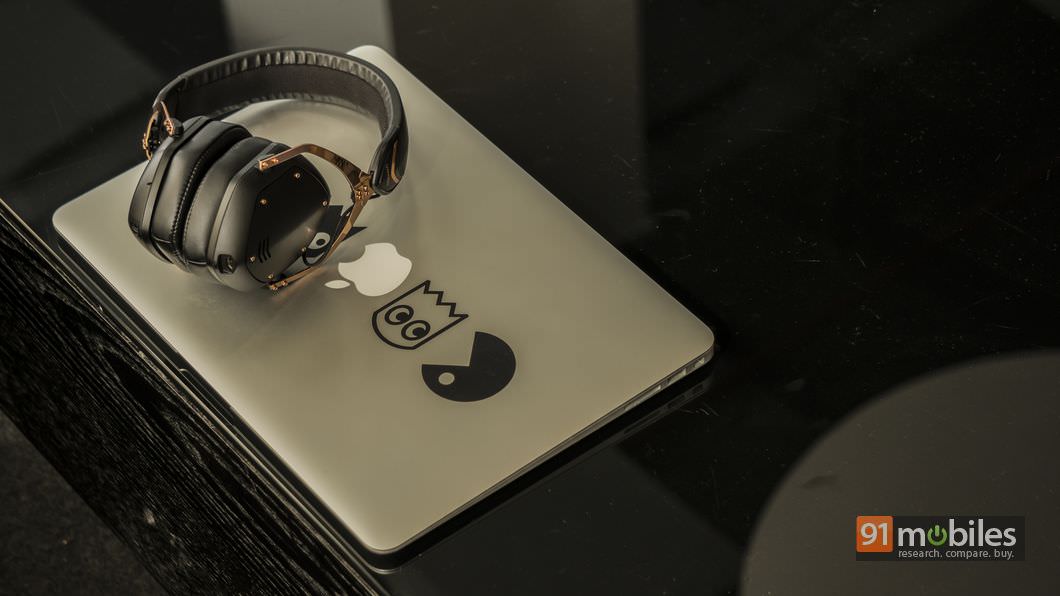 There’s so much going on in the background in Brother, and yet, you can single out the vocals from the piano and the drum beats. Adding to the things that the company got right, soundstaging on the Crossfade 2 Wireless is excellent – it has good dimensionality to it and I never felt like the music was being projected to me through a single lane. The tracks were spread out nicely and although it doesn’t come close to what you might hear when listening to an artist live, it’s still very good. The high-end sounded impressive on the Crossfade 2’s as well and I found myself head-banging to Fozzy’s Judas in no time. And it gets better. The headphones come with a Hi-res certification from JAS (Japan Audio Society) which means that the Crossfade 2 Wireless is capable of outputting frequencies above 40KHz. The caveat here is that you need to use the headphones in wired mode to make the most of the feature.

The V-MODA Crossfade 2 Wireless offers a rock solid Bluetooth connection and during my testing, I didn’t come across any instances of track-skipping or dropped calls. The 430mAh battery onboard the Crossfade 2 Wireless adheres to the company’s 14-hour claim and even if you run out of juice in the middle of a flight, you can still enjoy music via the 3.5mm analog connection. 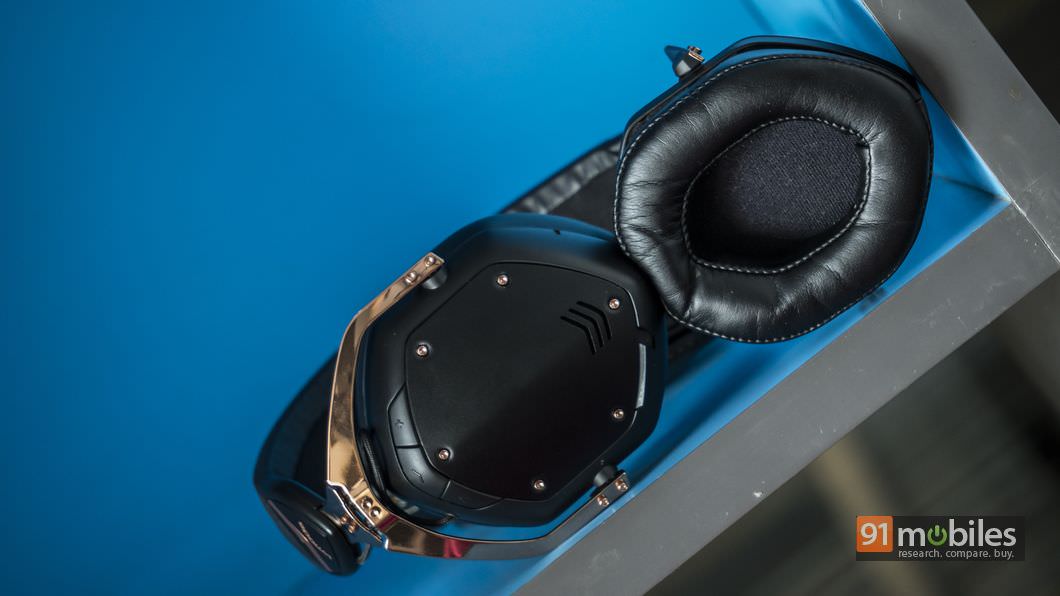 The answer is buy. The V-MODA Crossfade 2 Wireless headphones are worth a buy, as they not only offer stellar sound but an uncompromising build quality and a great battery life. Sure, the price tag of Rs 28,000 might not gel well with the average Joe but if you are in the market for premium headphones than it doesn’t get any better than the V-MODA Crossfade 2 Wireless.