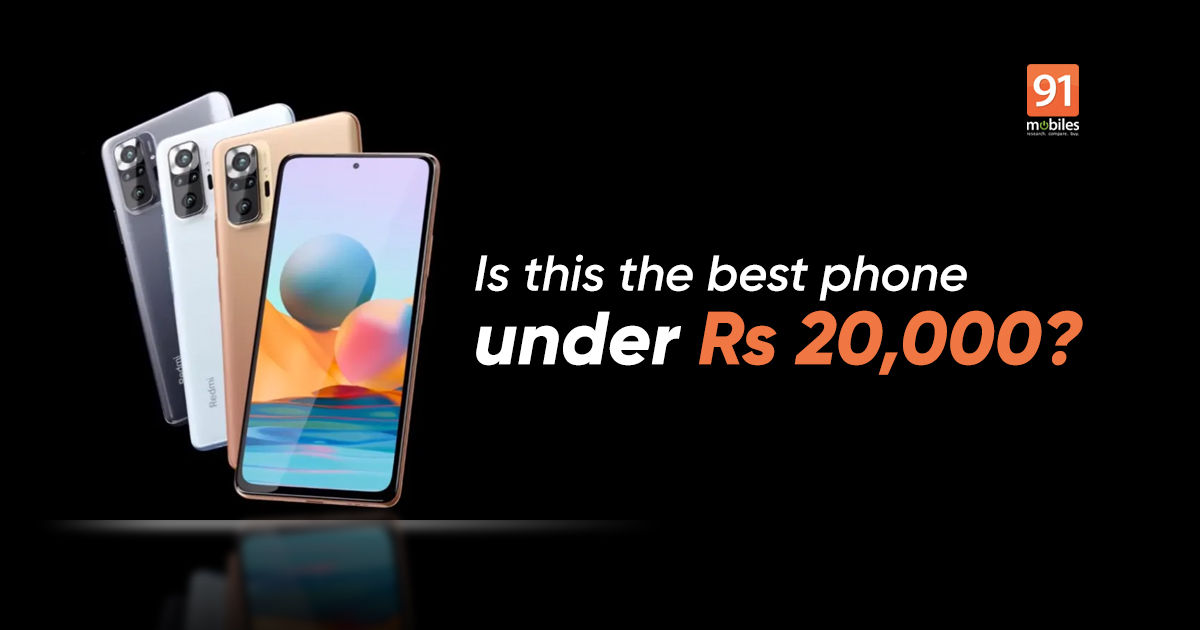 Xiaomi has made a name for itself as one of the top Indian smartphone makers in the country and most of the credit for this goes to the Redmi Note lineup. As of March 4th, the Chinese giant has taken the covers off the next iteration of the successful series with the Redmi Note 10, Note 10 Pro, and the Note 10 Pro Max. While each device does merit a separate introspection into its specs, design, cameras, and more… for this piece, I shall focus on the crown jewel of the lineup that happens to be the Redmi Note 10 Pro Max. The smartphone is priced starting Rs 18,999 for the 6GB RAM + 64GB storage variant, going all the way up to Rs 21,999 for the top-end 8GB + 128GB version. Let’s a have brief look at the device in this unboxing and first impressions. 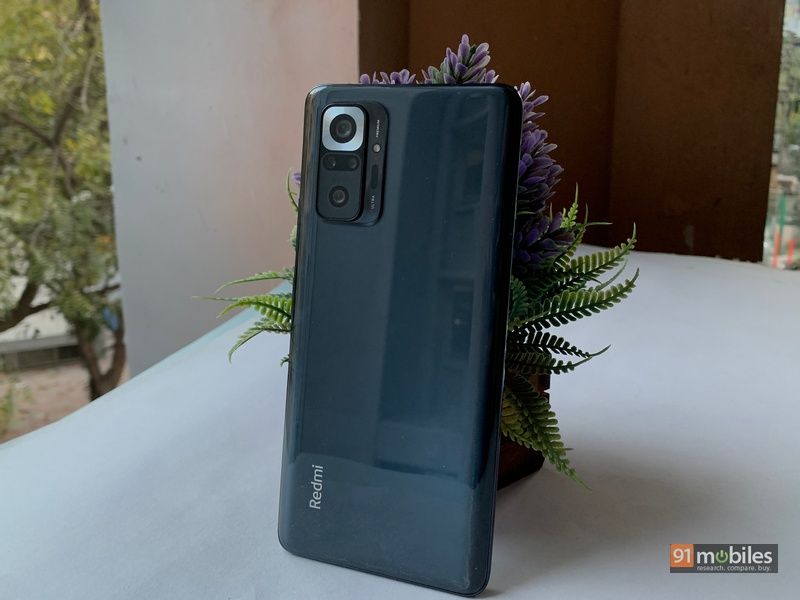 The unboxing experience is pretty standard and inside the box, you get the usual stuff that can be expected from a Redmi Note series phone. This includes a wall charger (a fast 33W charger in this case), a USB to USB C cable, some paperwork, and a translucent clear silicone case. The phone lies underneath the first compartment in all its glory. Apart from that, there is nothing of importance inside the box. 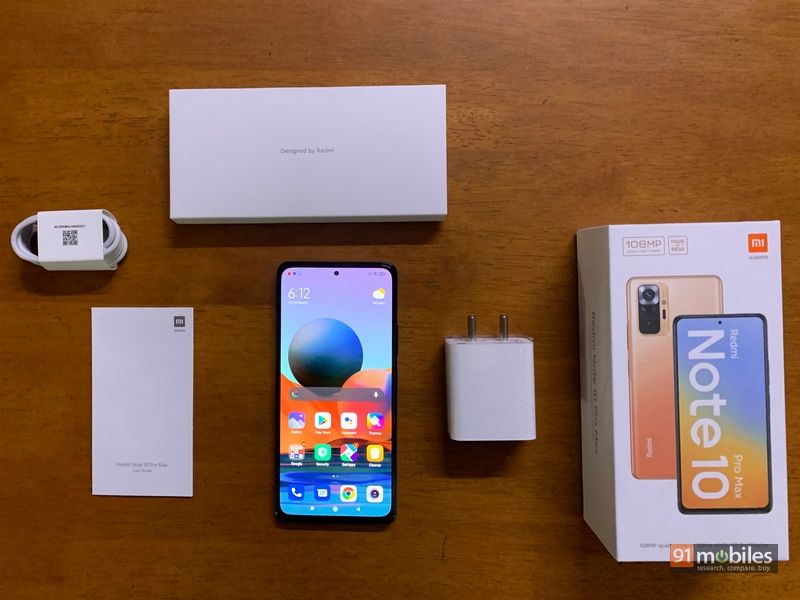 Just from my initial impressions of the device, I can say that I’ve not laid eyes on a better-looking Redmi Note series phone before. The company is touting a new ‘Evo’ design which puts a frosted matte-like finish across the back with a glossy frame. A huge quad-camera module is present on the top left and the new 108MP sensor is very hard to miss since it occupies nearly half of the space. The protrusion of the camera hump has sharp edges which look like they can peel a carrot. Overall the device feels very much on the premium side as far as in-hand feel and materials used are concerned, along with being relatively lightweight and thin. I will definitely be diving in further to dissect the design language in my full review so stay tuned for that. 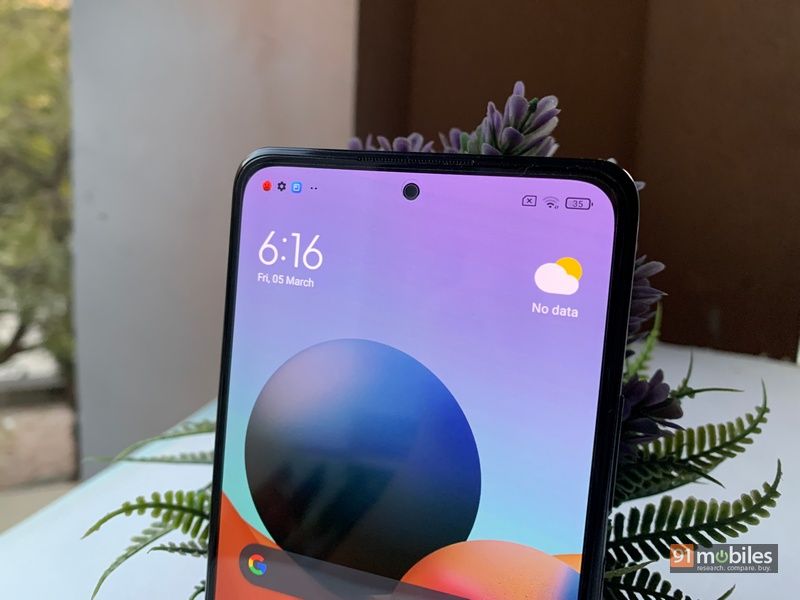 A big talking point for the Redmi Note 10 Pro Max is the inclusion of a Super AMOLED panel with a 120Hz refresh rate, something that is not available in this price range. There are a couple of other standout features on the 6.67-inch panel such as up to 1200 nits of brightness, 100 percent DCI-P3 coverage, HDR10 support, and more. These specs are clearly quite incredible, especially when you consider the sub-Rs 20,000 price tag. Even during my initial usage, I was quite impressed, to say the least, but I will need some more time before passing a definitive judgment. 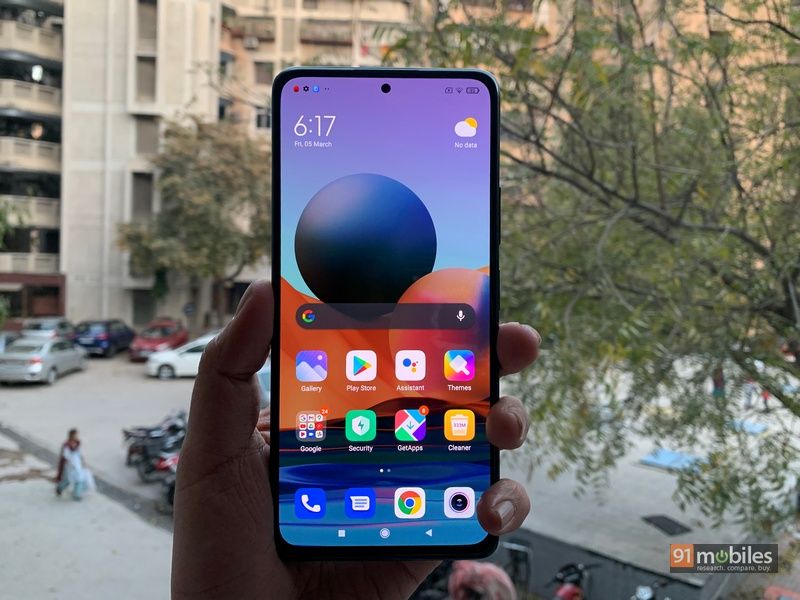 Xiaomi has stressed quite a lot on the very much improved camera system that features Samsung’s 108MP ISOCELL HM2 primary sensor. Among other things, I am quite excited to check out the low-light capabilities of the sensor which is said to use nine-pixel binning technology that combines nine small 0.7μm pixels into one large 2.1μm pixel to get in more light. There is also an 8MP ultra-wide sensor with a 118-degree field of view. Finally, you get the dedicated 5MP macro shooter and a 2MP depth sensor that I’m hoping will serve a greater purpose other than camera padding. There is also a 16MP selfie shooter present in the tiny punch-hole at top of the display. Here are some camera samples to give you an idea of how well the Redmi Note 10 Pro Max can shoot. The Note 10 Pro Max has a Qualcomm Snapdragon 732G SoC powering the device, which is something that had been last seen on the POCO X3 (review). I had been pretty satisfied with its performance then and I suspect no reason why the same won’t be the case with the Note 10 Pro Max as well. I have the 8GB RAM + 128GB variant for review purposes and the storage is further expandable via a microSD card slot. 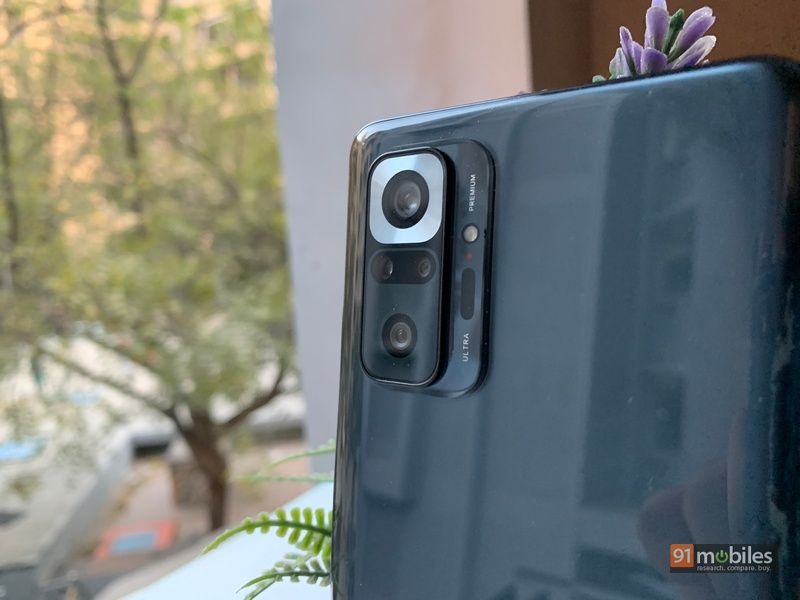 There is also a side-mounted capacitive fingerprint reader and a very handy IR blaster. In terms of software, the phone is based on Xiaomi’s proprietary MIUI 12 skin that runs on Android 11. It is also quite a feat to pack in a sizeable 5,000mAh battery inside the slim chassis and there’s support fir 33W fast charging as well. 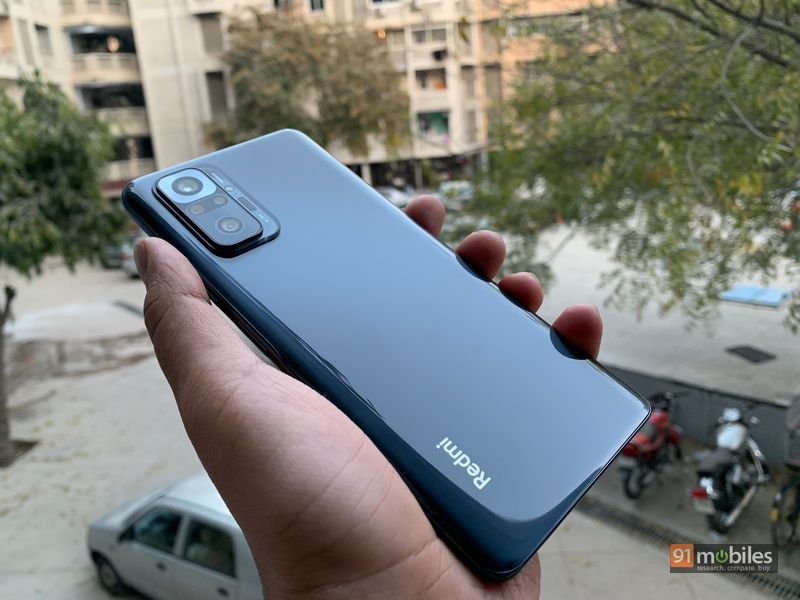 I have to say that during the few hours of me using the device, I have come out quite impressed, especially with the design and display of the device. Xiaomi has had a knack for delivering over and above the quality that can be expected from a certain price point, so much so that it sets the bar for other OEMs. In my full review, I will be diving deeper into the nitty-gritty of the Note 10 Pro Max to see if Xiaomi is still keeping up to its expected standards, so stay tuned.