“Our hot take on Redmi’s latest smartphone – the Y3”

Although OPPO and Vivo were among the first brands to capitalise on the selfie craze, other OEMs quickly caught up to speed by launching their own versions of selfie-centric phones. Xiaomi jumped on the bandwagon with its selfie-focussed Redmi Y series of smartphones a while back in India. I reviewed the company’s Redmi Y2 smartphone and was mighty impressed with the handset’s capabilities. Can then, the recently unveiled Redmi Y3 fill its shoes? To answer that question, I slapped my primary SIM inside the Redmi Y3 and after testing it for a week, here’s what I make of it.

Remember how gradient-finish designs were limited to premium flagships not so long ago? Well, thanks to the combined efforts from brands like Redmi and Realme, budget-conscious buyers can now enjoy flattering finishes on their smartphones too. The Redmi Y3 is a fantastic example of the same as the device dons a gorgeous bluish motif towards the back which, at an angle, exhibits different colours of a rainbow. Now, granted, you’ll spend a good chunk of your time wiping down the back of the device as it smudges really easily. Still, it’s hard not to be impressed with the smartphone’s stunning design, especially given its wallet-friendly price point. 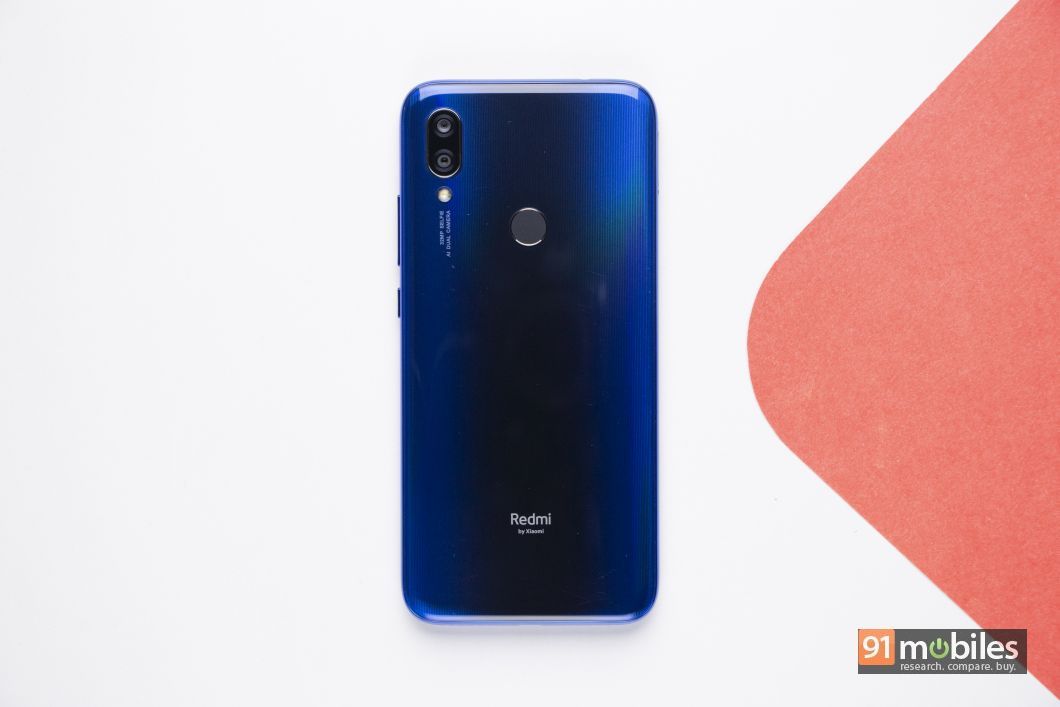 What’s more, although the handset has been constructed in entirety using plastic, it feels surprisingly luxurious and well-built. There’s absolutely no flex in or around the chassis, the display melts seamlessly into the handset’s frame and the physical buttons are adequately tactile too. Furthermore, the edges of the device have been chamfered, ensuring they don’t bite your palms and the handset’s curvy back allows you to grip it firmly too. 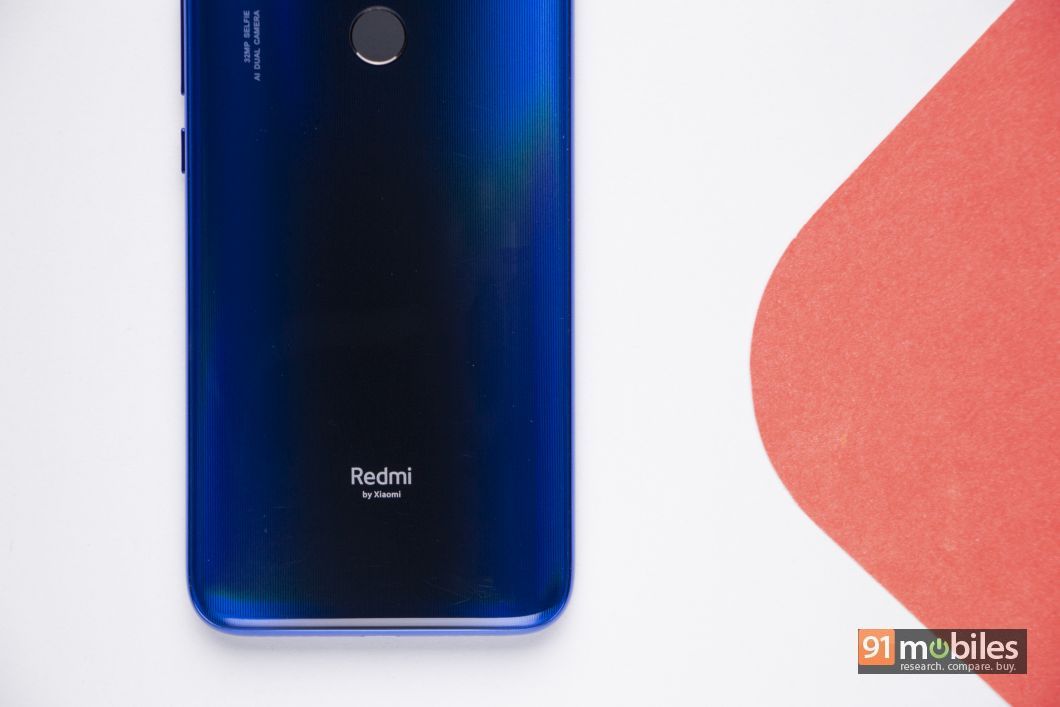 Redmi has even paid heed to the fine details such as keeping the camera bump to a minimum and placing the fingerprint sensor at an ergonomic position. Everything considered, the company has hit the ball out of the ballpark with the Y3’s design and I’m confident buyers opting for the device will enjoy flaunting and handling the phone just as much as I did. 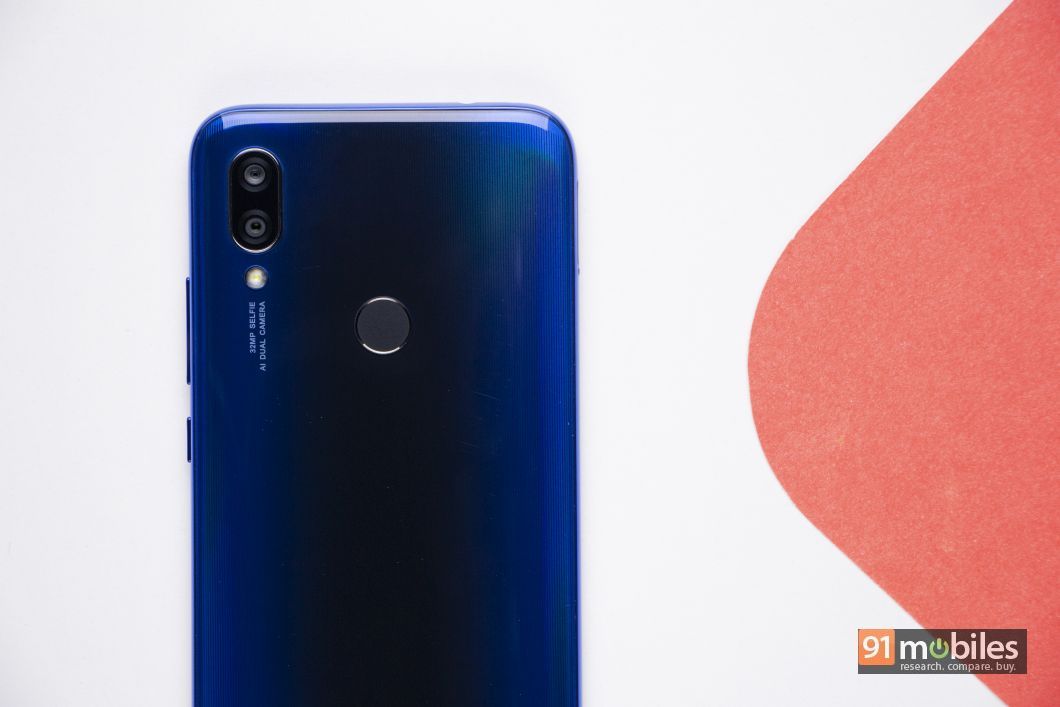 As I mentioned a second ago, the Redmi Y3 ships with a rear-mounted fingerprint sensor which, in my experience, worked flawlessly. The sensor was quick to register my fingerprint and unlocked the device in a jiffy. You can also use face unlock for authentication, which worked just as well, albeit had a slightly jarring system animation. However, the tech is quite secure, and it didn’t unlock the phone when my eyes were closed. 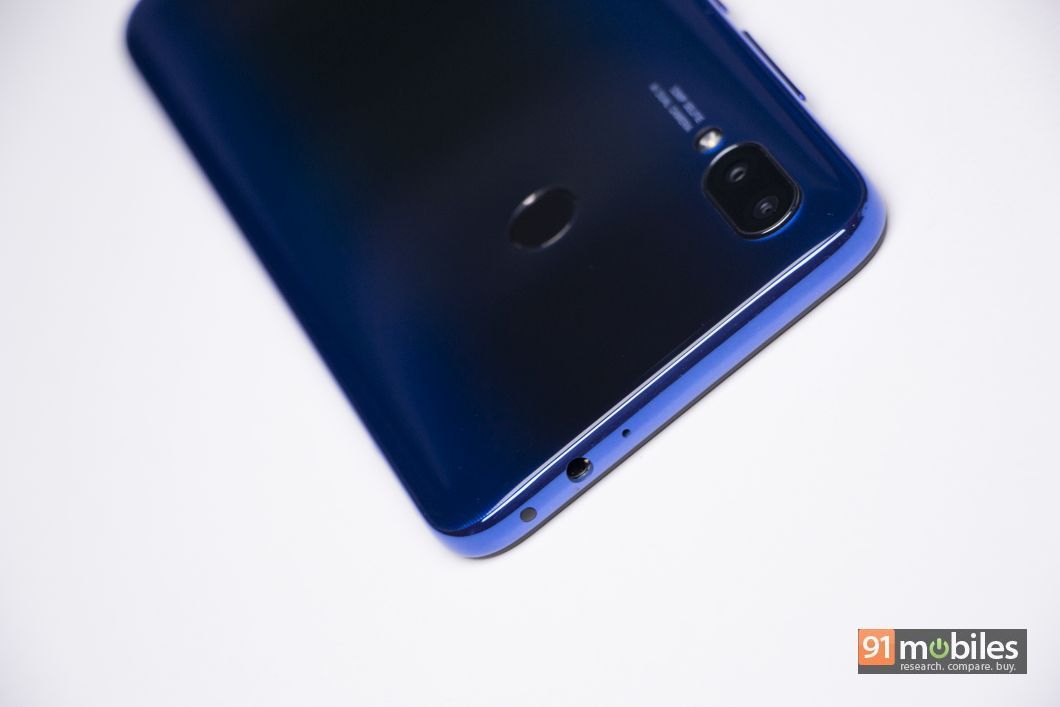 The Redmi Y3 ships with a micro-USB port for charging, which usually would’ve triggered me into writing a rant. However, considering the smartphone’s price point, I’d say it’s a reasonable compromise. Thankfully, you do get a headphone jack with the device, along with an IR blaster which is one of the most underrated features of Xiaomi phones. I can’t even recount how often I used the Mi Remote app to control the AC or the TV in my room and I hope to see more widespread adoption of this feature. 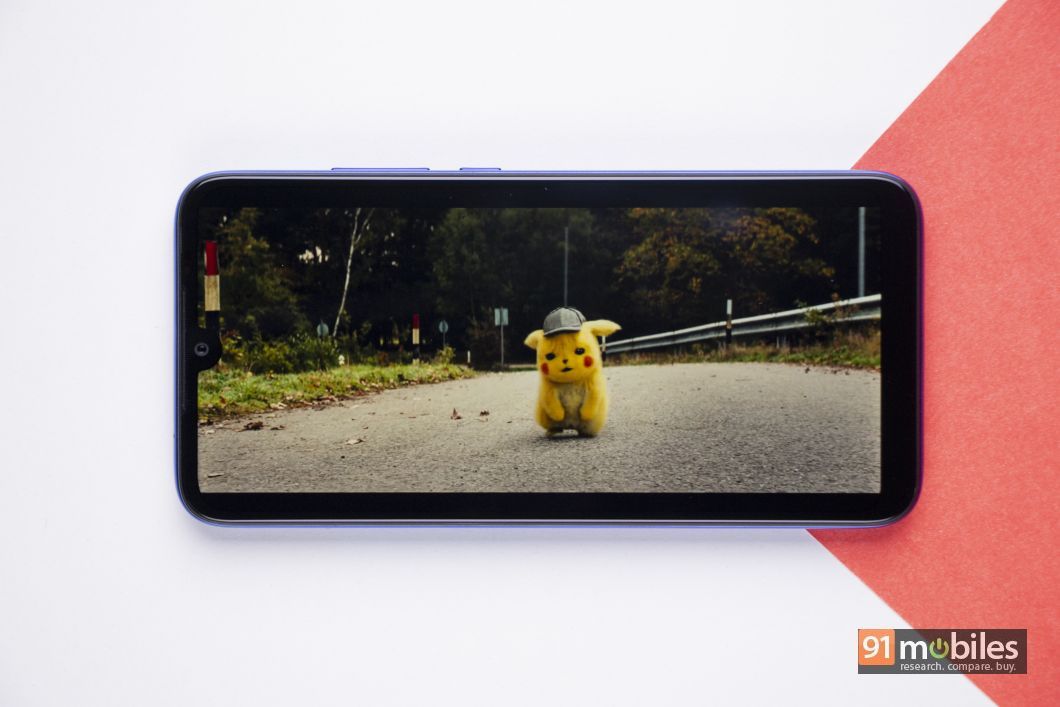 Coming to the display, the Redmi Y3 ships with a 6.26-inch, dot notch, HD+ panel. The display is decent for the price, but I noticed it didn’t get very bright. Consequently, using the smartphone outdoors was a chore, and I had to squint my eyes or cover the top of the phone with my hand to see the information on the display. Moreover, the handset lacks support for Widevine L1, and consequently, you’ll be limited to streaming SD content from services like Netflix. 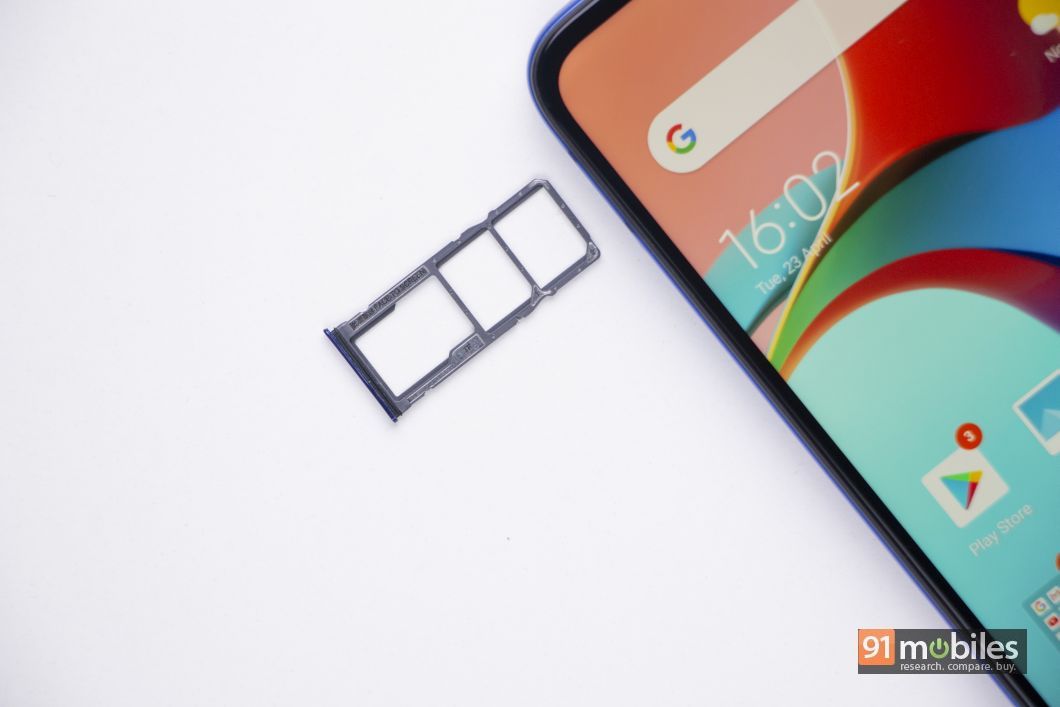 Before I talk about the smartphone’s cameras and performance, you should know that I didn’t face any problems with the Y3 in the connectivity department. The smartphone connected and offered 4G speeds from my service provider (Airtel) perfectly. I did find the in-call volume to be a bit low, though the handset’s microphone relayed my voice over to the other end clearly. You’ll also get a tiny notification LED towards the bottom of the phone, which lights up when you’re charging the device or receiving notifications.

The Redmi Y3’s claim to fame is its 32MP front-facing camera, which makes use of Samsung’s GD1 sensor. As it stands, only a handful of devices in the country sport the sensor, including the Huawei P30 Pro, which is much, much more expensive than the Y3. Now, I click a lot of selfies as it is and naturally, I was excited to take the selfie shooter out for a spin. And, after a week of clicking photos with the phone, I must say, I’m not disappointed in the slightest. 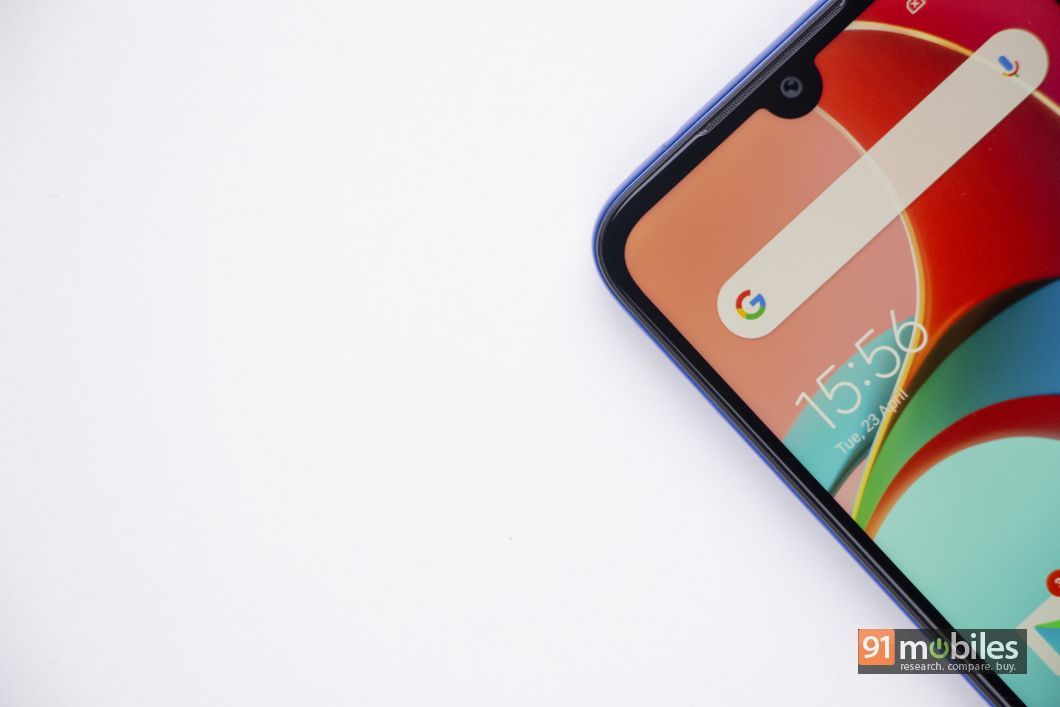 Photos I clicked with the device’s front-facing camera during the day had ample details and vibrant colours. As I mentioned previously, I took the device with me on a trip to Agra, which at this time of the year, is bright and sunny. Consequently, I was able to get away with some of the most detailed selfies I’ve ever seen on a smartphone. What’s more, with the HDR mode turned on, the Y3’s selfie shooter was able to resolve the details in overexposed shots too. 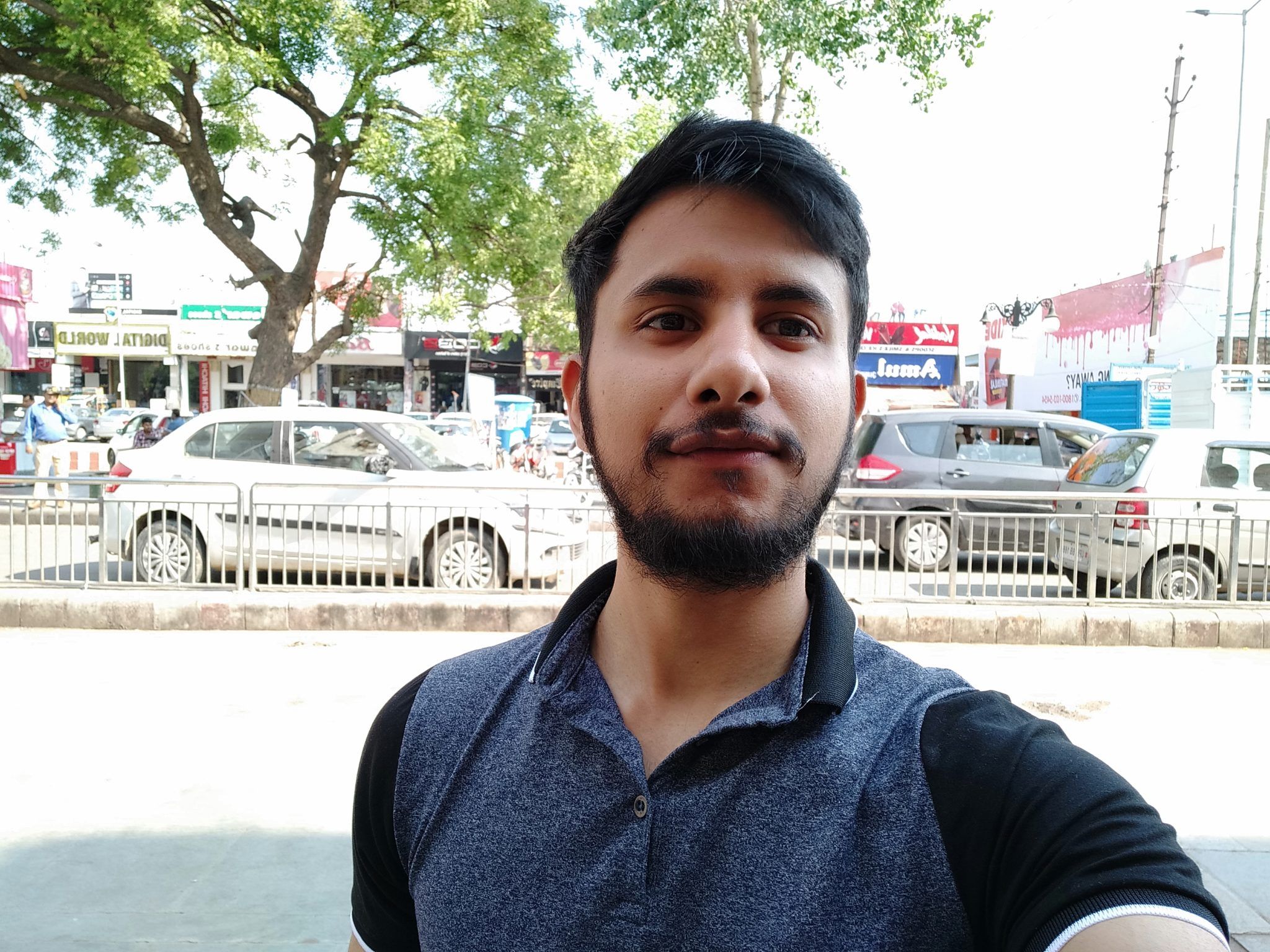 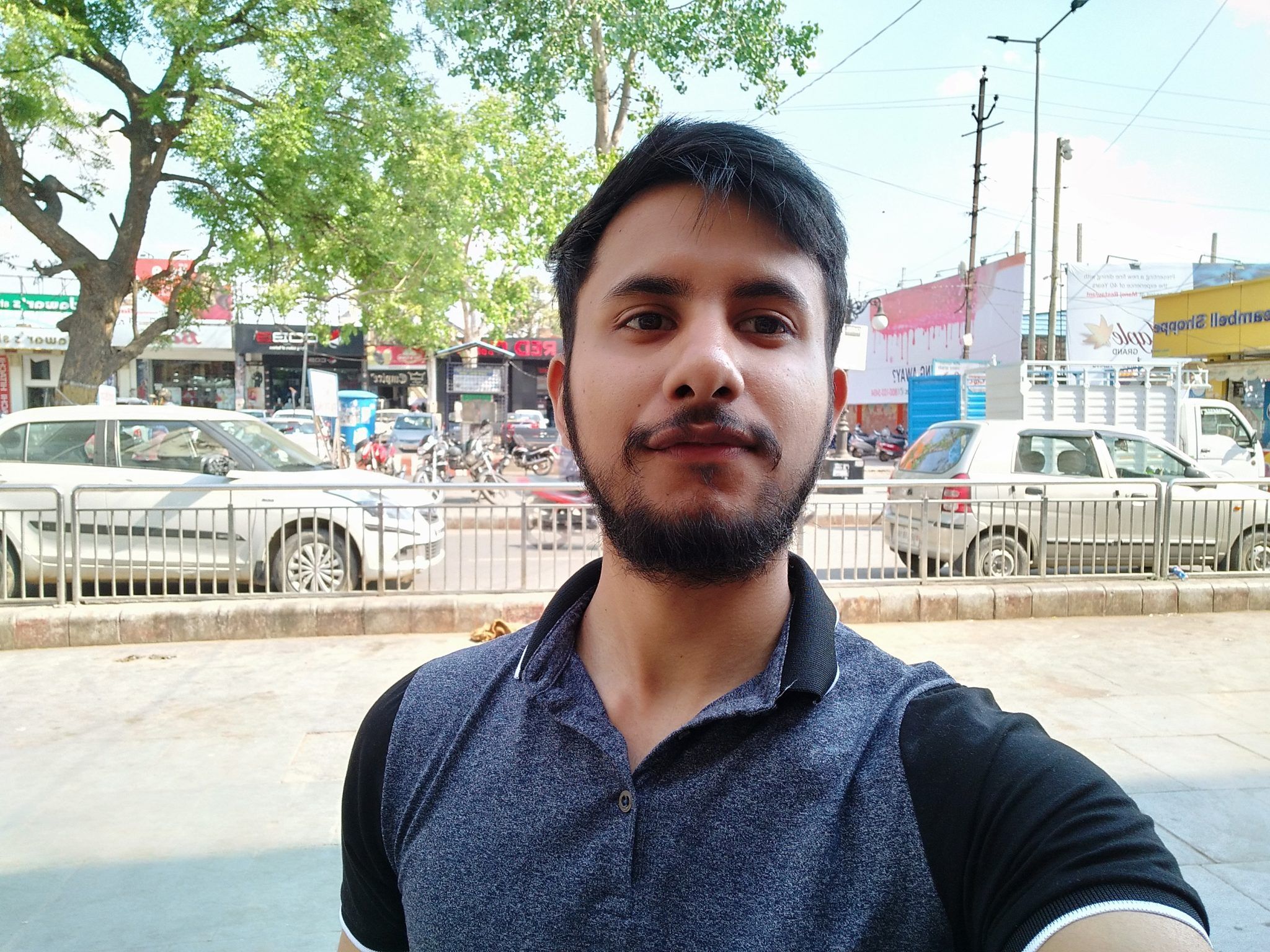 To give you a better picture (no pun intended), here’s a comparison of the smartphone’s selfie prowess with and without the HDR mode turned on. As can be clearly seen, the blue colour in the sky, as well as the green in the leaves, is much clearer with HDR on.

I was also quite impressed with the selfie shooter’s ability to click near-perfect portrait shots. Even with a lot of people in the background, the Y3’s front-camera retained its focus on my face and managed to create a convincing blur effect. Now, granted, it is a tad bit rough around the edges and the shooter struggled to separate parts of my ears from the background. But, given the Y3’s low price point, I am willing to give the smartphone a pass on this one. 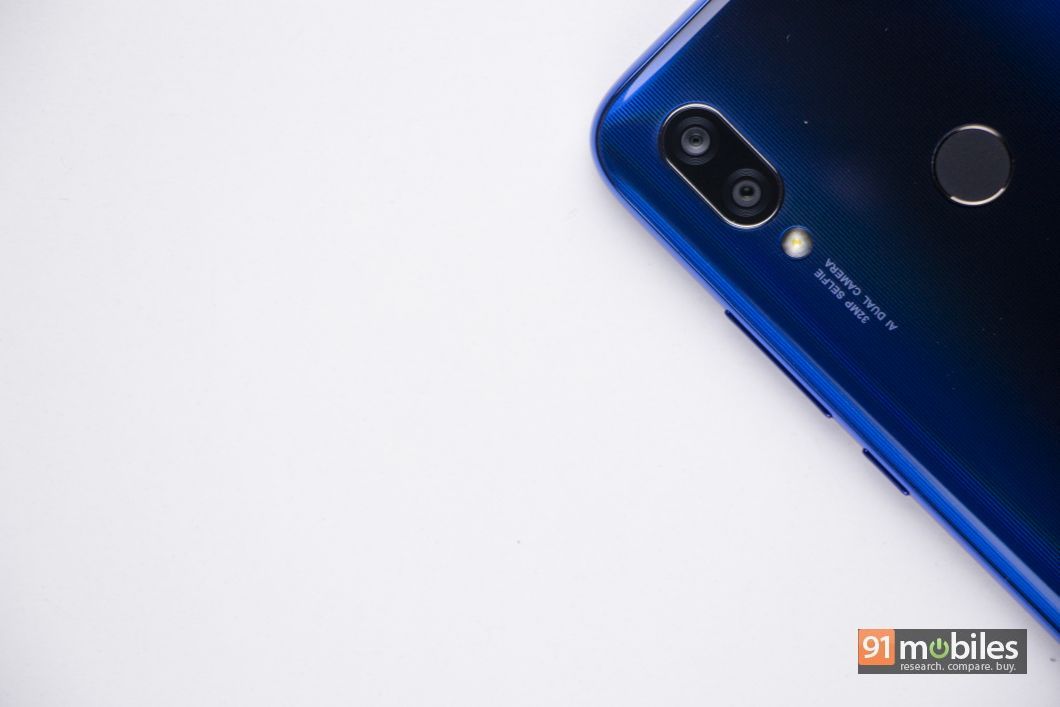 If you’re into beautifying your selfies, then you’ll get a ton of options on the Redmi Y3, including the ability to change your skin tone and smoothen out the blemishes. However, since I prefer more natural-looking portraits, I turned the feature off. Moreover, much like most other devices in the market, the Redmi Y3 also offers a built-in screen flash functionality which should get you a decent image at night. That said, you’ll miss out on the details in the background if you opt to use the feature. 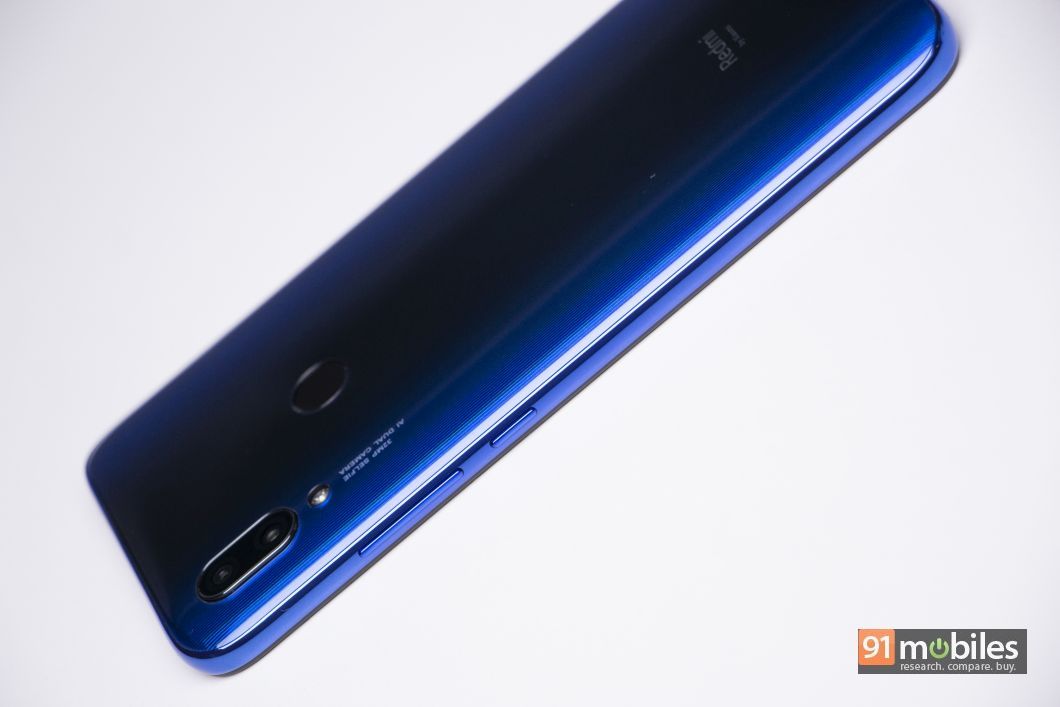 While the Redmi Y3’s 32MP front camera is among the best in its class, the performance of the smartphone’s rear cameras is nothing to write home about. The device ships with a pair of 12MP and 2MP sensors on the back, which click good photos when it’s sunny outdoors. The images I shot with the device had plenty of details, exhibited natural colours and with the HDR turned on, I could see noticeably more details in the highlights and the shadows. On the whole, the picture quality was on par with the competition, so you’ll find little to complain here.

Unfortunately, owing to the lens’ relatively smaller f/2.2 aperture, the image quality took a hit when it was dark outdoors. In fact, the Realme 3 (review), which ships with an f/1.8 aperture lens, had lesser grain and noise as compared to Redmi Y3. Consequently, while you’ll be able to click good photos with the Y3 during the day, you’ll have to be a bit more selective as to where you use the camera at night.

It’s baffling how good affordable phones have become, especially in the performance department. Nowadays, most wallet-friendly options ship with a speedy mid-tier chip from either Qualcomm or MediaTek’s stables, which was unheard of a few years ago. The Redmi Y3 features Qualcomm’s Snapdragon 632 chip which works alongside either 3GB or 4GB of RAM. Correspondingly, you’ll get either 32GB or 64GB of built-in, user-expandable storage. 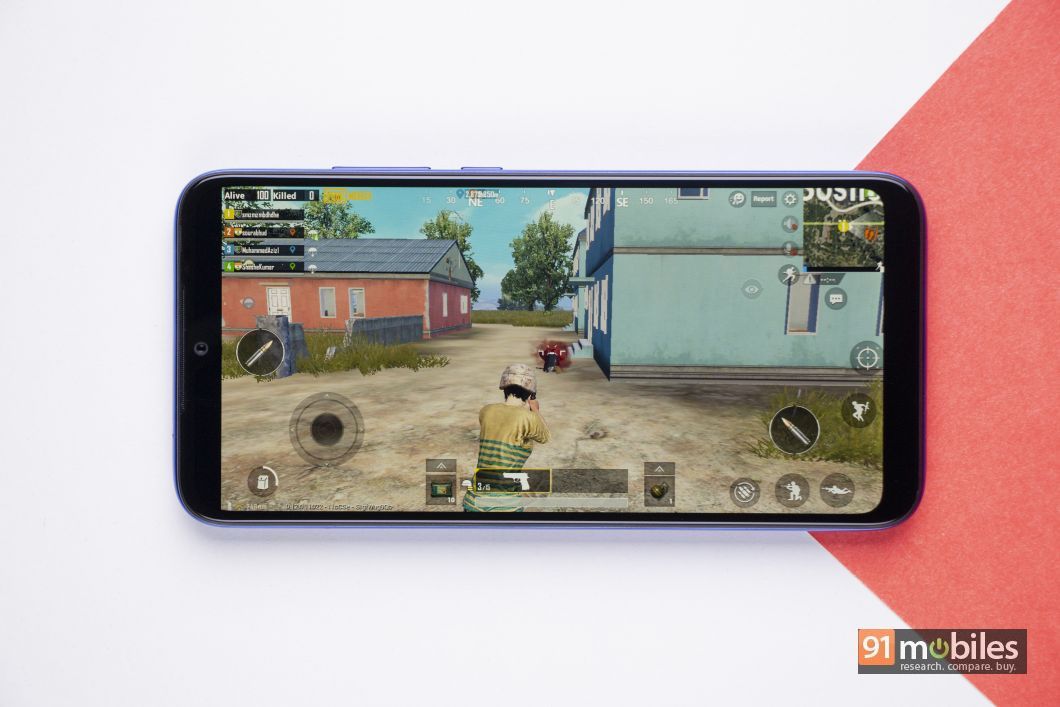 Now, having used the phone for the better part of a week, I can tell you that I don’t have any major issues with the smartphone’s performance. The device zipped through resource hungry applications like Instagram and I could even play intensive games like PUBG on the phone, albeit at lower graphics settings. That said, if you’re the type to juggle between multiple applications, then you’ll want to buy the 4GB RAM variant of the device. 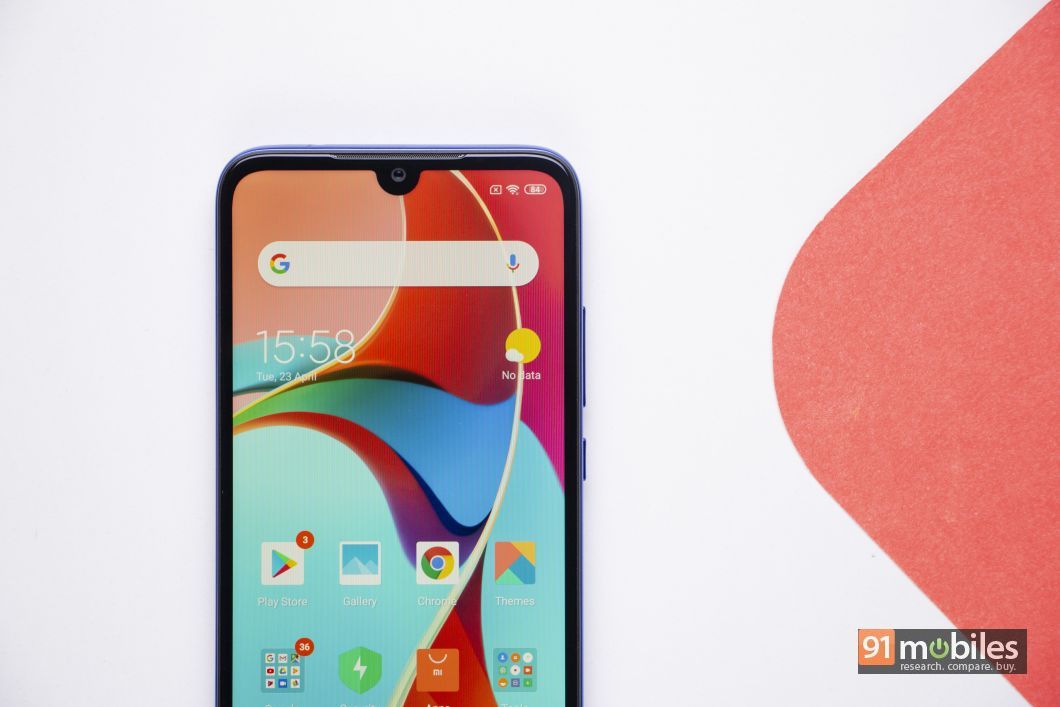 You see, my review unit – which shipped with 3GB of RAM – struggled to keep multiple applications open in memory. That could be in part due to the smartphone’s custom skin, which sucks up a fair bit of the system’s resources. Therefore, even with just a handful of apps in memory, I often had to wait for Apple Music to bring up my playlist from scratch, or reload a webpage on Google Chrome. 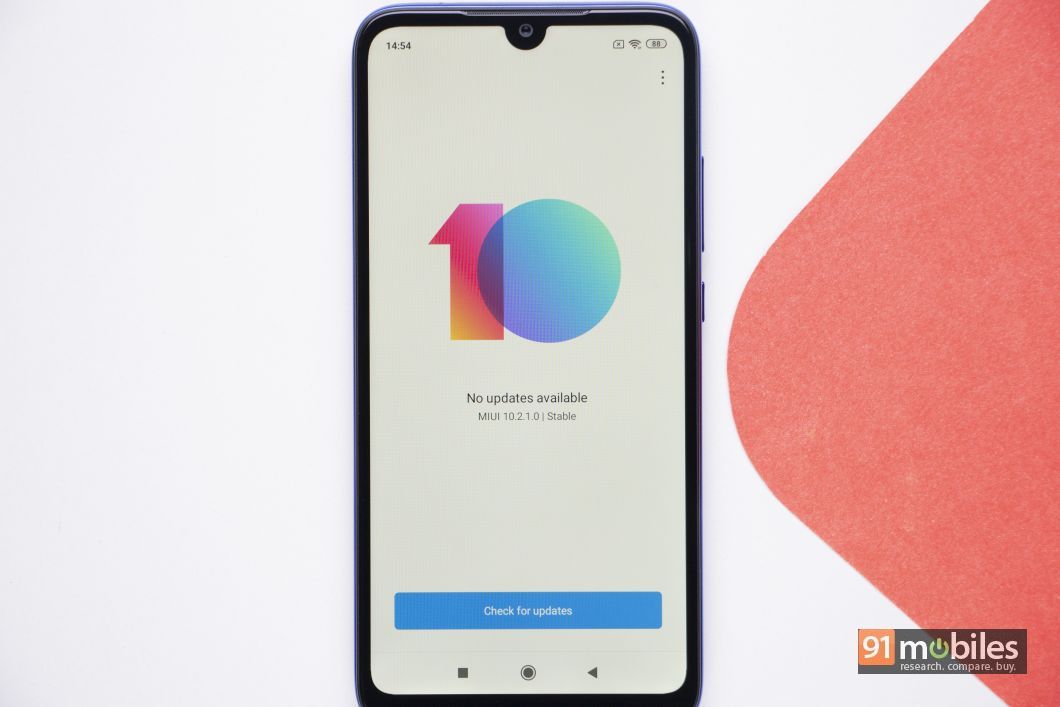 Coming to the smartphone’s software, I must admit, I’m not the biggest fan of the device’s custom skin. While Xiaomi’s MIUI has come a long way, it’s littered with ads and between the promoted apps section in folders and the built-in app scanner which suggests different apps to install every time you download one from the Play Store, I was irrevocably irked with the device’s UI. Thankfully, you can turn the ad pop-ups off. 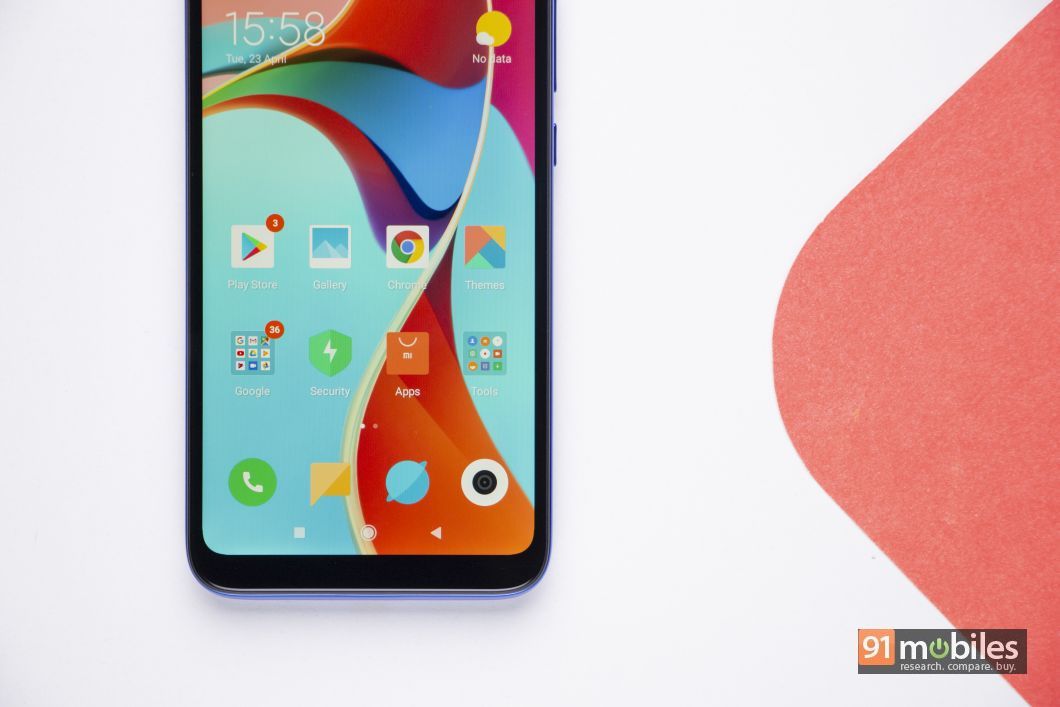 That said, not all is grim and gloomy with the company’s custom skin. In fact, there are a fair bit of useful utilities which come bundled with MIUI, such as the ability to choose how big of a display you want when you’re using the smartphone’s one-hand mode, gesture-based navigation, the option to theme your device and so on and so forth. 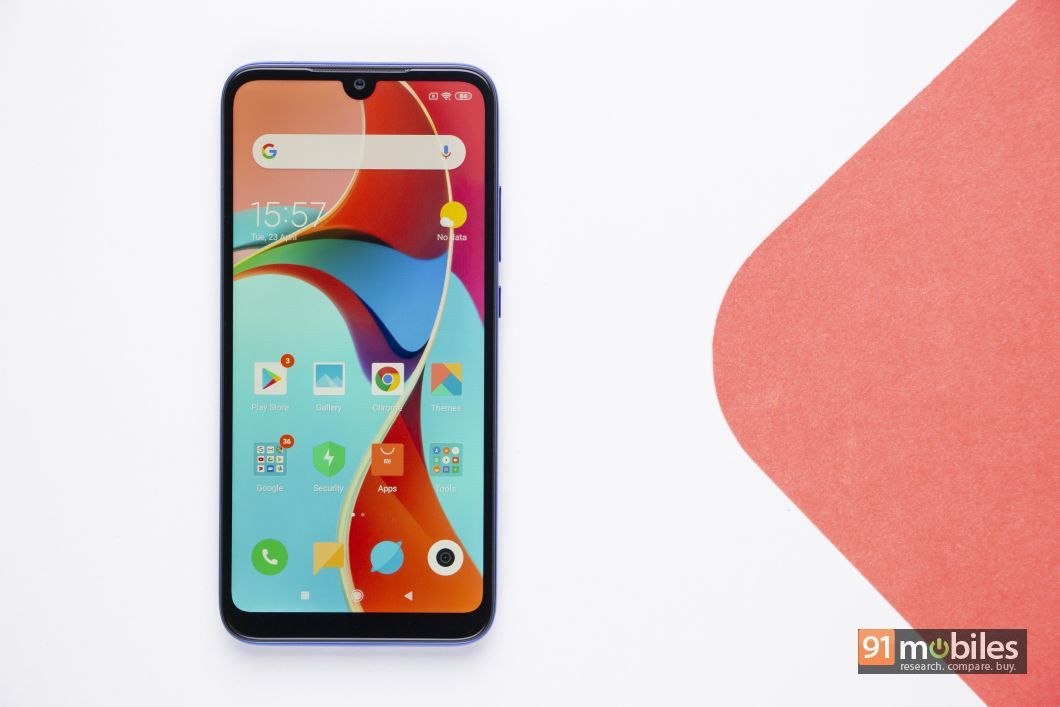 You can even open two instances of applications like WhatsApp and Facebook, create a second space to protect your personal data, or tweak the EQ as per your liking when you connect a pair of headphones to the phone. Everything considered, MIUI does have quite a few nifty features, but the user experience can be improved a bit. 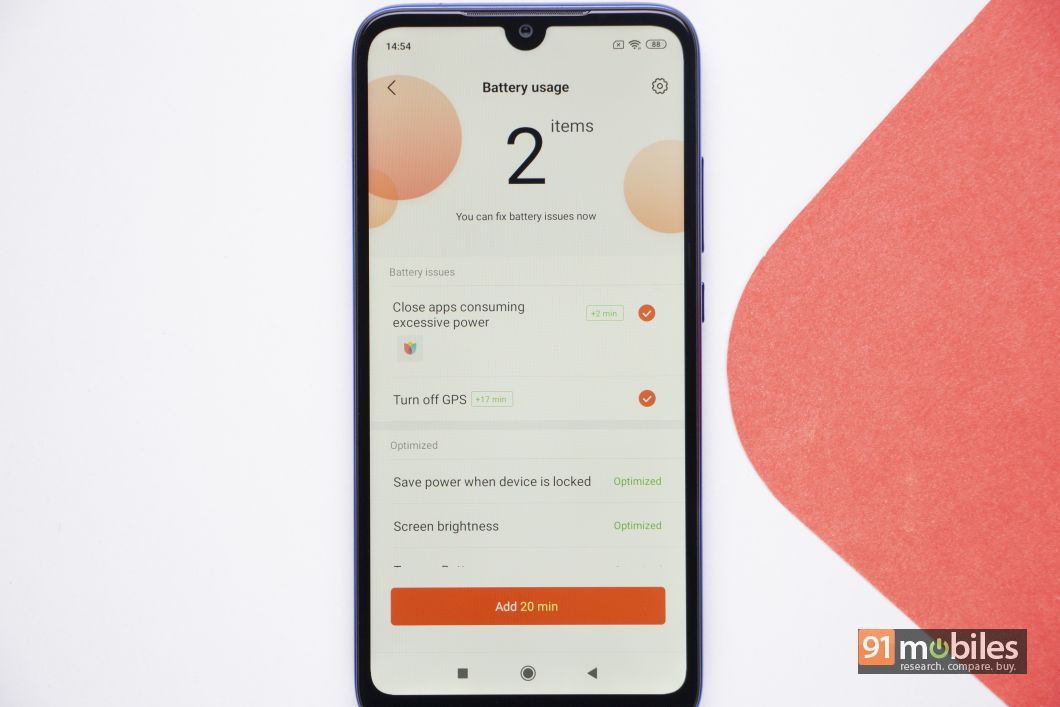 As far as the battery life of the smartphone is concerned, the Redmi Y3 ships with a beefy 4,000mAh battery which comfortably saw me through the end of the day on heavy usage. On my recent trip to Agra, I used the device intensively to click photos, share updates on various social media platforms, use maps to navigate my way around the city and listen to music. Despite that, I ended the day with at least 20 percent battery still in the tank. Much to my surprise, the handset didn’t last very long in our battery drain test, where it managed to play a looping video for 15 hours.

The Redmi Y3 starts at Rs 9,999 (Rs 11,999 for the 4GB variant), and for the price, the handset offers a stunning design, good battery life, an incredible selfie camera, and decent performance. Provided the first thing you do when you wake up is take a selfie, you’ll feel right at home with the Redmi Y3. 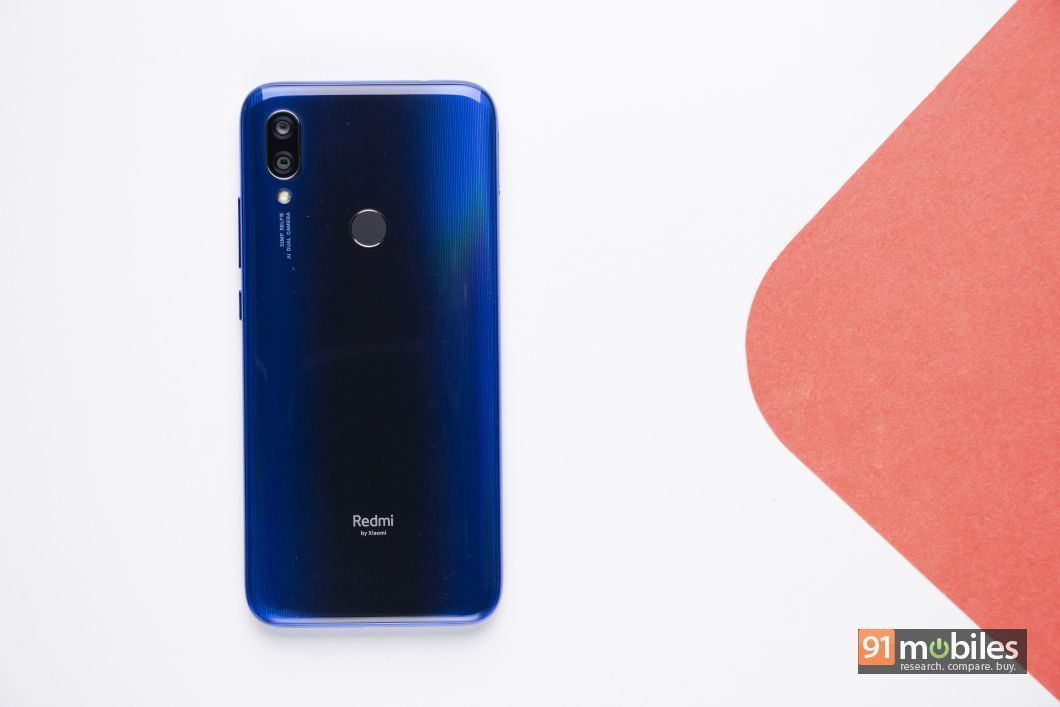 If not, then you’ll find no shortage of better, more well-rounded options than the Y3. For instance, you could instead opt for the Realme 3, which retails for Rs 1K less and offers a much better CPU and more capable rear cameras. Moreover, you can also opt for the Redmi Note 7 (review), which retails for the same price as the Y3 but offers better performance, cameras, design and display to boot. 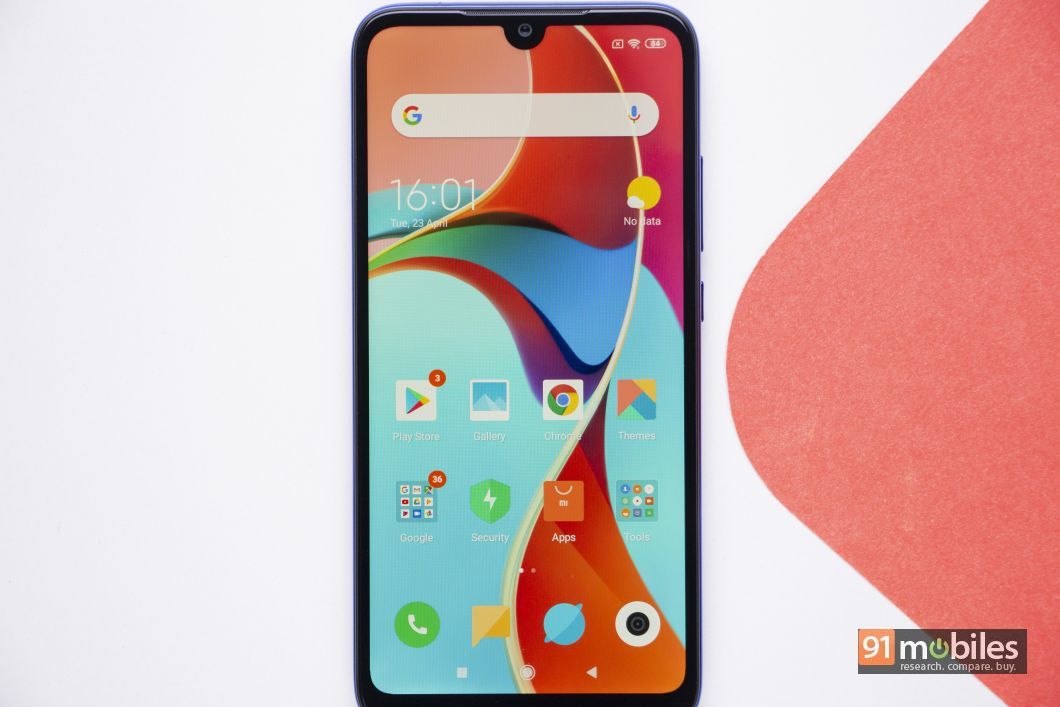 In conclusion, the Redmi Y3 may not appeal to everyone, but delivers where it matters the most and comes out as the best selfie phone in its price segment.