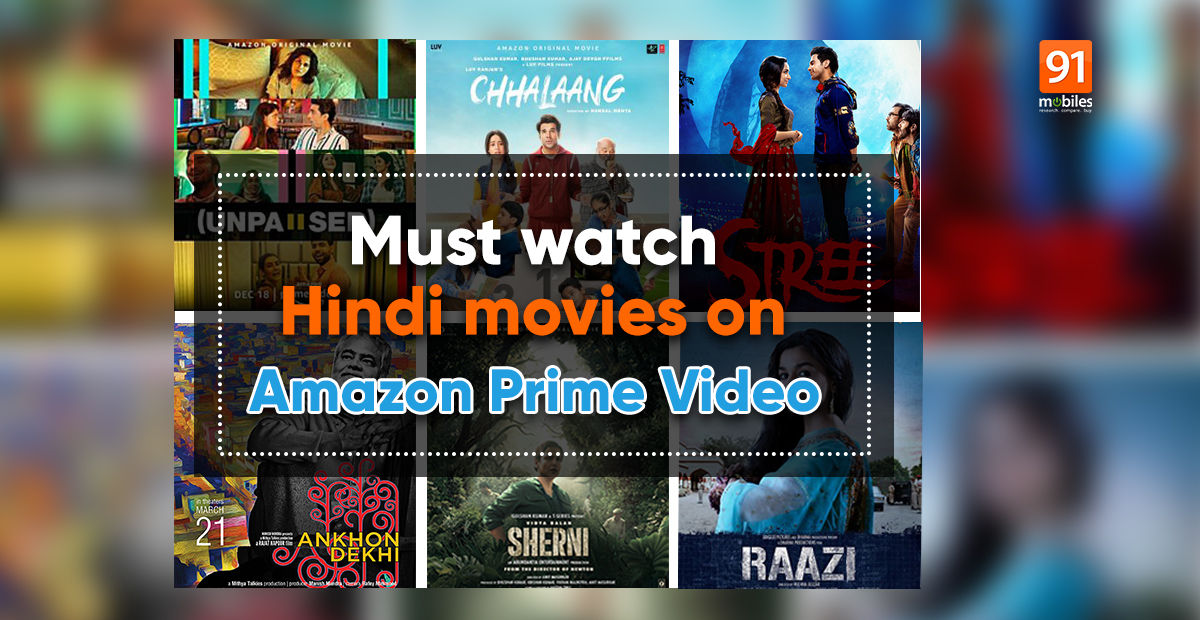 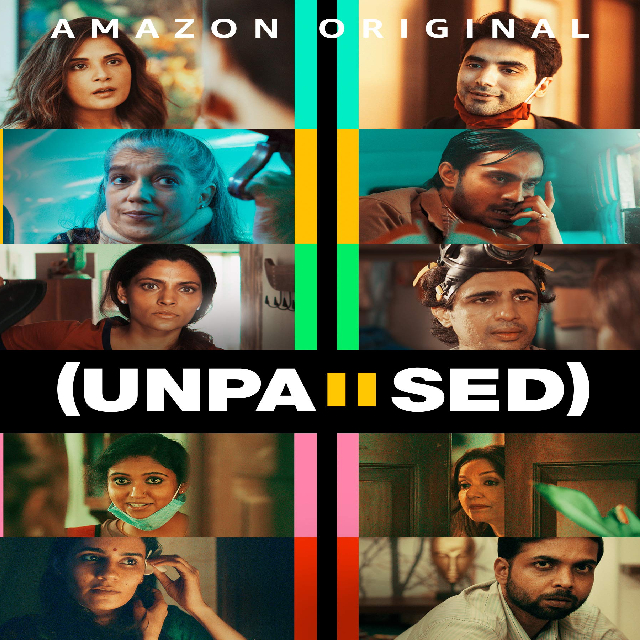 First on our list of the best movies on Amazon Prime Video is Unpaused. It is an anthology that comprises five short films directed by Avinash Arun, Nikkhil Advani, Nitya Mehra, Raj & DK, and Tannishtha Chatterjee. Each film segment provides a glimpse of the challenging life that we all have been forced to embrace due to the pandemic. This movie explores themes like loneliness, distress, isolation, hope, and others that are common in the time of the lockdown. This popular movie on Amazon Prime Video is not only insightful but also enjoyable with an impressive performance by the ensemble cast. 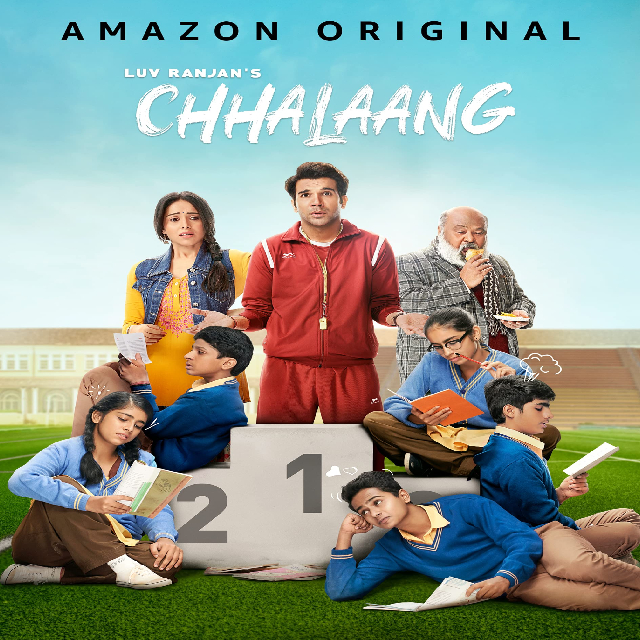 Chhalaang makes to our list of the best movies on Amazon Prime Video for its inspirational story, amazing performance, and impressive direction. The story revolves around Montu (Rajkummar Rao), who is the physical training instructor (PTI) in a school in Haryana. He is laidback, uninspiring, and casual in his attitude and does not teach anything to students. However, things change after the computer teacher Neelima Mehra (Nushrat Bharucha) and senior PTI Inder Mohan Singh (Mohammed Zeeshan Ayyub Khan) enter his life. Directed by Hansal Mehta, this popular movie on Amazon Prime Video is a comedy film that is not only hilarious and entertaining but also inspirational. 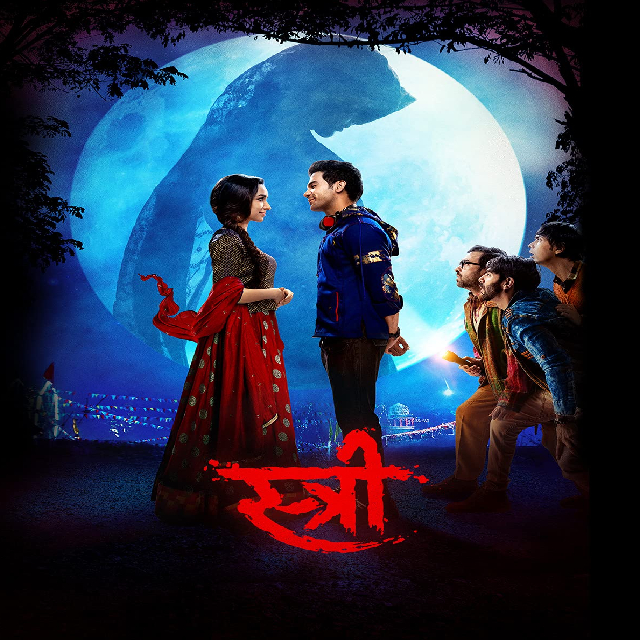 Next on our list of the best movies on Amazon Prime Video is the horror-comedy movie Stree. Starring Rajkummar Rao and Shraddha Kapoor, this Amar Kaushik directed film is based on the infamous 1990s legend of Nala Be. The movie is set in the town of Chanderi where menfolk live in the fear of an eccentric female spirit, who calls their name and abducts them when they are alone at night. The only way to escape is to stay indoors and write ‘O Stree Kal Aana’ on the walls of their house. However, the tailor Vicky (Rajkummar Rao) decides to find out the truth with the help of his friends and a mysterious woman (Shraddha Kapoor). 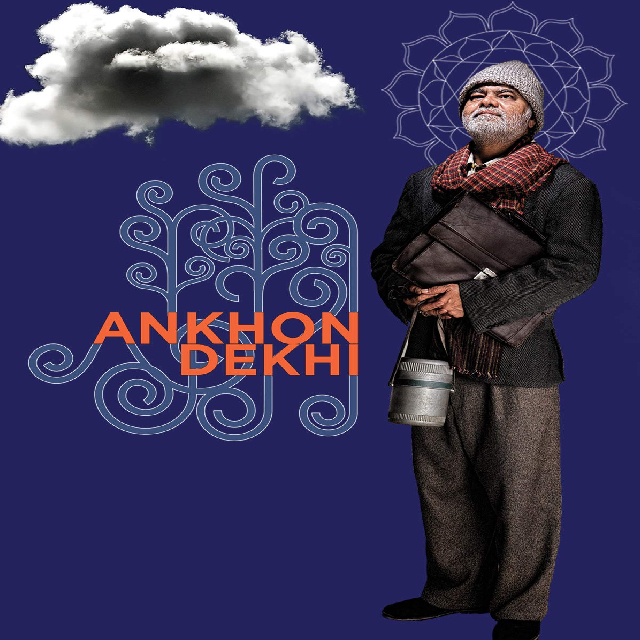 Written and directed by Rajat Kapoor, the sensitive satirical drama Ankhon Dekhi is next on our list of the best movies on Amazon Prime Video. This delicate movie is about a simple man who decides to only believe in things that he sees, after a distressing event in his life. His decision to believe only ‘ankho dekhi‘ makes him do and say weird things that cause embarrassment and inconvenience to his family. His pursuit of knowledge and truth makes him take a drastic step that changes things forever. Watch the extraordinary story of an ordinary man in this popular movie on Amazon Prime Video. 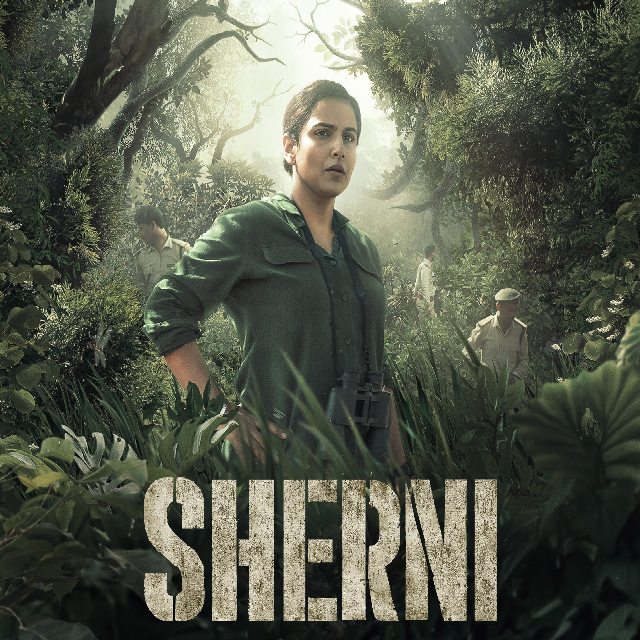 Directed by Amit Masurkar, Sherni is the story of an upright forest officer, essayed by Vidya Balan. She strives for balance in a world of man-animal conflict while also seeking her true calling in a hostile environment. The documentary-style drama thriller movie deals with the man-animal conflict and wildlife conservation issues. In the movie, there is unrest caused in a village after an attack by a tigress, compelling the forest department to take action. Vidya Vincent (Vidya Balan) leads the team to solve the problem and help villagers live peaceful life. While searching for the tigress, Vidya finds her true calling as well in spite of the hostile environment that she has to deal with. Watch this popular movie on Amazon Prime Video especially for Vidya Balan’s performance, receiving impetus from the supporting cast. 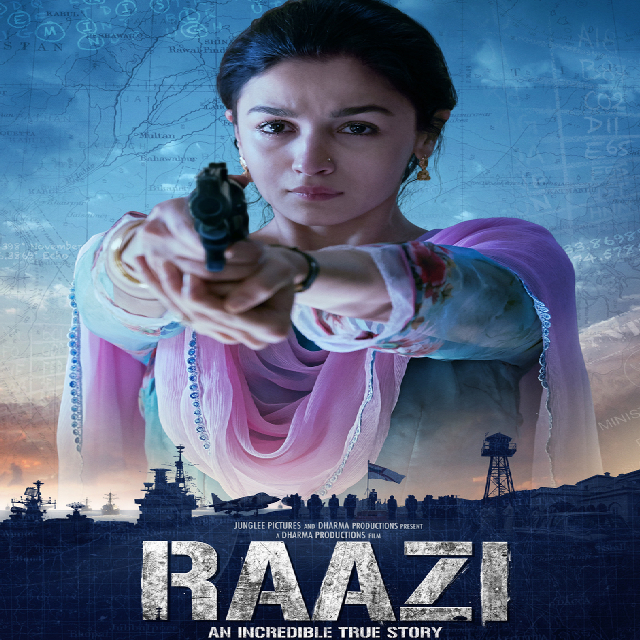 Raazi, one of the best movies on Amazon Prime Video, is an exciting spy thriller film directed by Meghna Gulzar. This espionage movie is based on Harinder Sikka’s Calling Sehmat. Set in 1971, the movie showcases the inspiring journey of a simple 20-year-old Kashmiri girl, who became a brave Research and Analysis Wing (RAW) agent after her patriotic father’s request. Sehmat (Alia Bhatt) agrees to relay critical information for India from Pakistan, where she shifts after getting married to a Pakistani army officer. This popular movie on Amazon Prime Video acknowledges the valour and sacrifice of a brave undercover RAW agent. 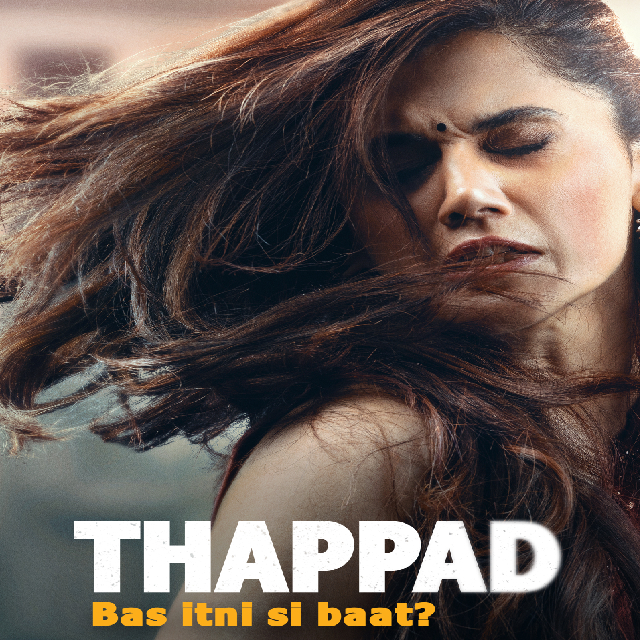 With an impressive narrative and amazing direction, Thappad is one of the best movies on Amazon Prime Video. Amrita (Taapsee Pannu), a lively homemaker, is happily married to Vikram Sabharwal. The couple throws a party to celebrate Vikram’s promotion, but things turn ugly and Vikram gets in a tiff with his senior. Amrita tries to stop him but instead gets slapped in front of guests. The unfortunate incident turns into an emotional turmoil for her which makes her question her individuality, changing her life forever. This popular movie on Amazon Prime Video shows the ingrained misogyny and societal hypocrisy where women are expected to endure everything – forget and make peace! 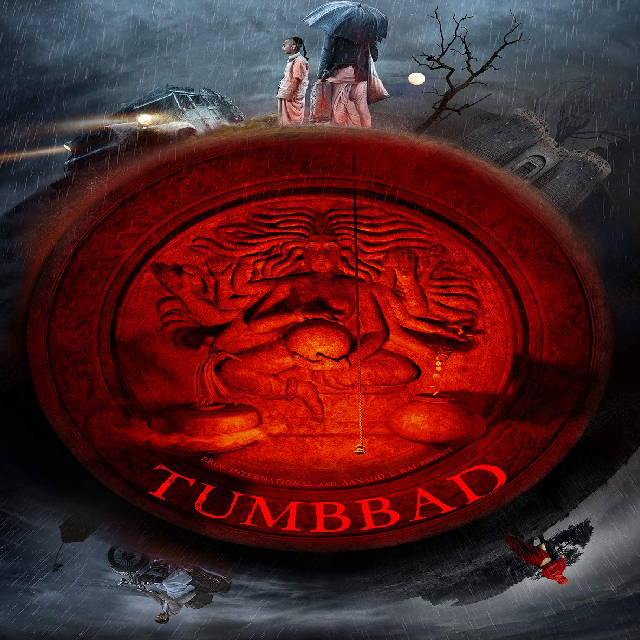 Tumbbad is a fantasy horror drama that makes to our list of the best movies on Amazon Prime Video for being a spectacular visual treat. Creating a surreal illusion, the movie is set in the rural village of Tumbbad in Maharashtra, where the protagonist Vinayak Rao (Sohum Shah) lives. It shows the journey of Vikram in search of a hidden treasure in a decaying mansion where the ancient monster Hastar guards the gold coins. Anybody who Hastar touches is cursed and turned into an immortal monster. Will Vinayak be able to dodge Hastar or will his greed destroy everything? Watch this popular movie on Amazon Prime Video to find out how things unfold. 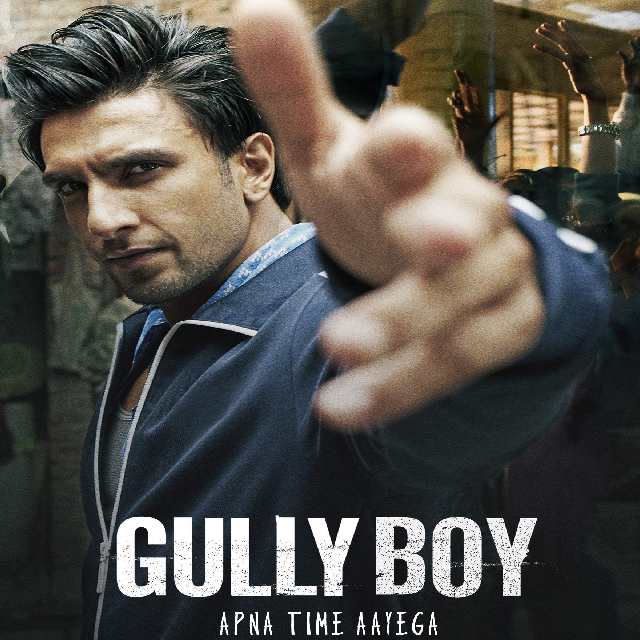 Next on the list of the best movies on Amazon Prime Video is Gully Boy – a musical drama directed by Zoya Akhtar. It is the story of an aspiring rapper Murad Ahmed, living in the Dharavi area in Mumbai, Maharashtra. Shattering his parents’ dream of a white-collar job for him, Murad chases his dream of becoming a famous rapper and subsequently, enters a contest to open for Nas (world-renowned American rapper) at his Mumbai concert. Does he win? Find out by watching this popular movie on Amazon Prime Video that was India’s official entry for the Best International Feature Film at the 2019 Academy Awards. 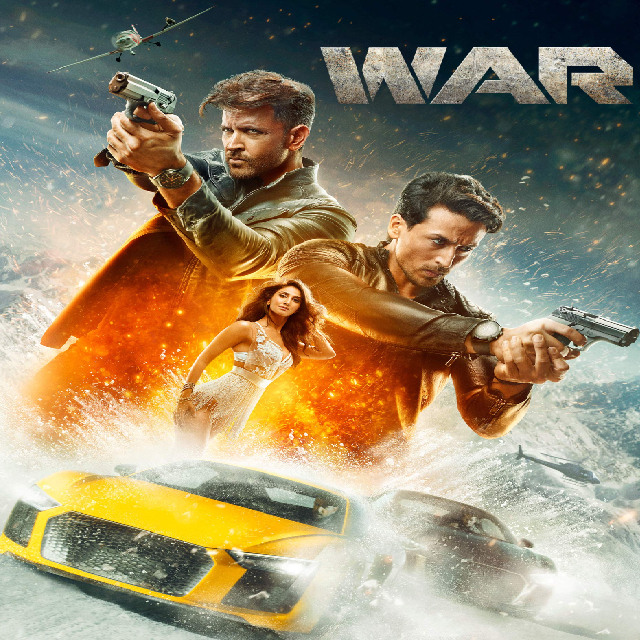 War, an action thriller movie starring Hrithik Roshan and Tiger Shroff, is one of the best movies on Amazon Prime Video to watch. Kabir Dhaliwal (Hrithik) is considered to be the best RAW agent, who has accomplished impossible missions. Khalid (Tiger) wants to join Kabir’s team for which he needs to convince Kabir and prove his mettle. Eventually, Khalid succeeds and gets trained by Kabir. Little did Khalid know that he will have to use all his training and skills to hunt down his mentor – Kabir – after he goes rogue. This marks the beginning of a deadly war between the mentor and the mentee. Who wins?