Phablets. This is a word that’s probably only apt for smartphones with screens larger than 6-inches, since anything smaller than that is considered normal these days. The 5.5-inch screen size in fact, has become the norm. In such a scenario, true blue phablets, viz. those toting screens upwards of 6-inches, are actually few and far between. It is this niche that ASUS is targeting with its ZenFone 3 Ultra (first impressions), a massive phablet that approaches tablet territory with its 6.8-inch display.

ASUS stepped up its game and went premium with the ZenFone 3 range, and the Ultra will set you back by a heart-stopping Rs 49,999. The fact that it brings similar specs as the Xiaomi Mi Max Prime, which costs less than half, makes the Ultra quite intriguing… and we’ve put it through its paces to see if it can justify its sticker price. 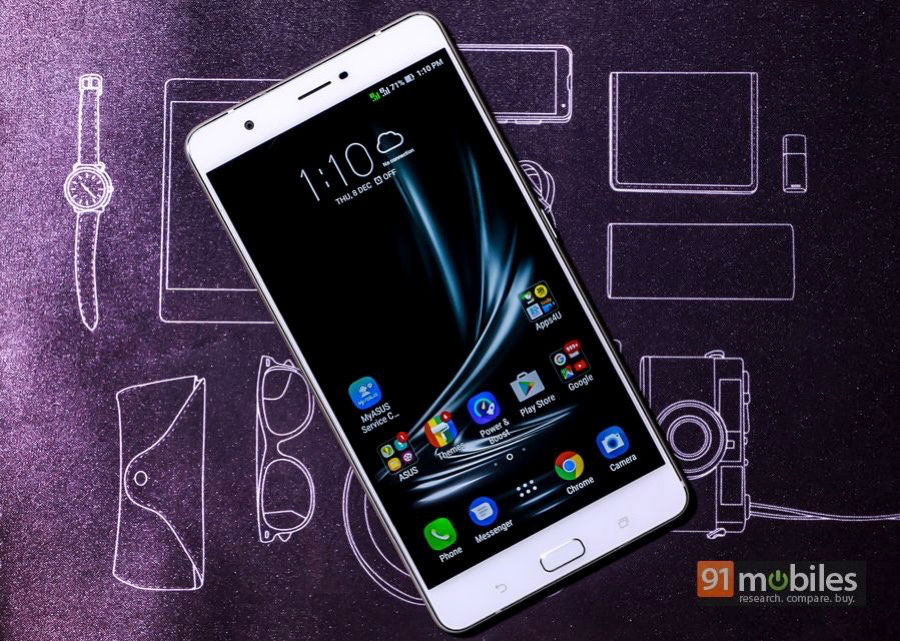 We’d count design, camera quality and battery life among the ZenFone 3 Ultra’s positives. Notwithstanding the fact that the Ultra is obviously a massive device and you can forget about one-handed usage, it’s otherwise a very nice-looking phablet. 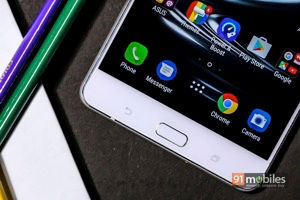 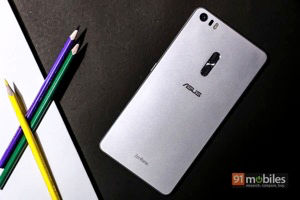 Its brushed metal body features a clean, industrial design, and the 2.5D curved glass and white bezels add to the premium look. Then there are the chamfered edges, the metal-wrapped buttons (the power key placed on the right, and the volume rocker all the way at the back), a camera module that sits flush with the body… all adding to its classy demeanour. 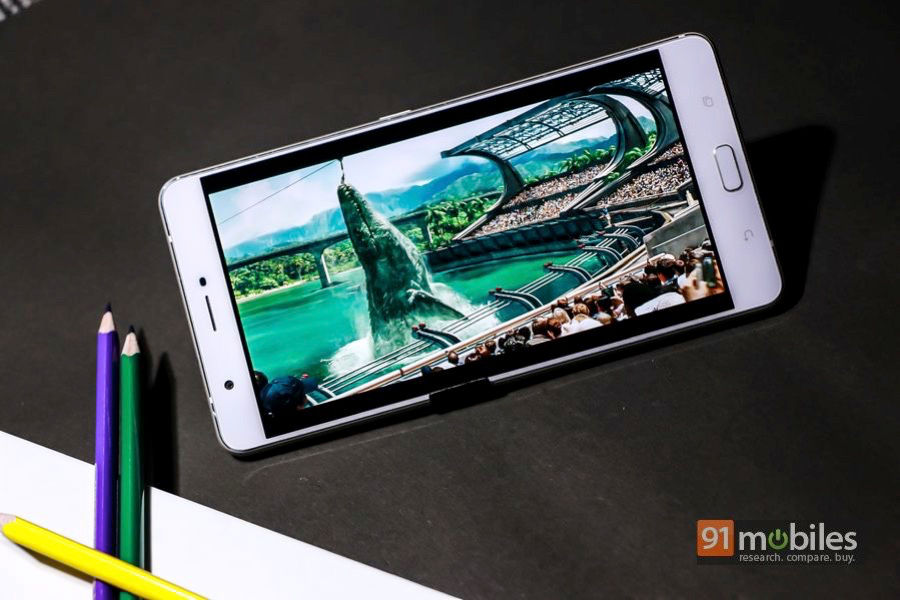 The 6.8-inch display rocks full HD resolution and seems decent enough. And with an octa-core Snapdragon 652 ticking under the hood, working in tandem with 4 gigs of RAM, day-to-day usage is pretty smooth too. The phablet keeps its cool even when stressed, and you shouldn’t face any issues while playing heavy games either. 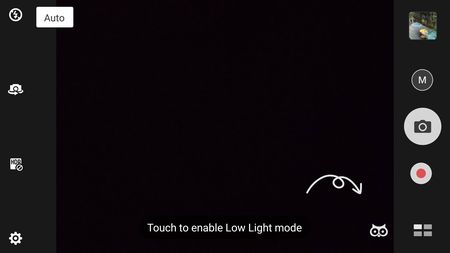 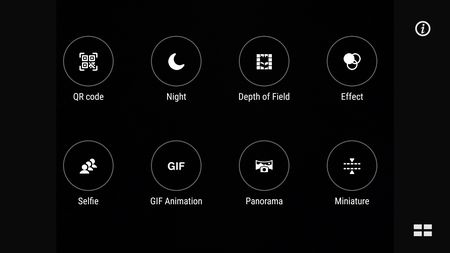 The 23MP rear camera is quite capable as well. It rocks OIS, along with laser autofocus and phase detection autofocus too. There are tons of shooting modes at your disposal – manual, HDR Pro, beautification, Super Resolution, Children, Depth of Field, GIF, slow mo, time lapse, miniature, Time Rewind, Smart Remove – you name it, and this has it. Gimmickry apart, the ZenFone Ultra can actually take some very nice shots in auto mode, regardless of shooting conditions. While daylight images turn out quite sharp and detailed, even the shots captured in low light look pretty darned good. The 8MP front snapper should suffice for selfies – the app offers a barrage of beautification options, though you don’t get any illumination feature like a front flash or even a screen flash.

And then there’s the awesome battery life. Expect the 4,600mAh battery to last you up to two days with regular usage. Our battery drain test lasted for about 10 hours, which actually doesn’t show its true potential in terms of real-life results. What’s more, thanks to fast charging, the ZenFone Ultra juices up pretty quickly too – charging fully in just about a couple of hours. As a handy feature, it even boasts reverse charging – letting you refuel other USB-powered gadgets. 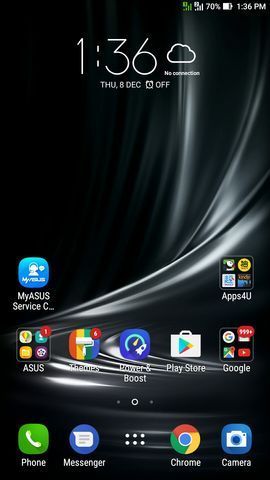 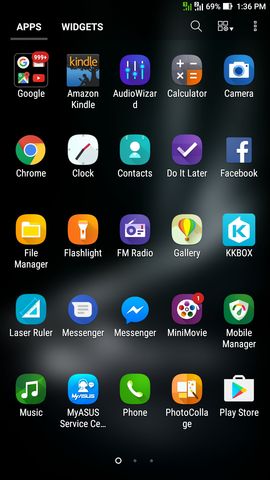 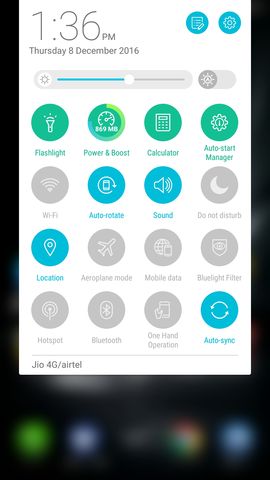 For something called ZenUI, ASUS’ custom skin atop Android Marshmallow definitely has a misleading name. The UI comes loaded, nay, overloaded with tons of features, options, tweaks, and bloatware, with the latter including quite a few third-party and ASUS’ own apps. So much so that you can expect a million updates waiting for you in the Play Store on first boot. Thankfully, some of that bloatware can be eliminated, but you’re still stuck with an interface that’s overwhelming to say the least. 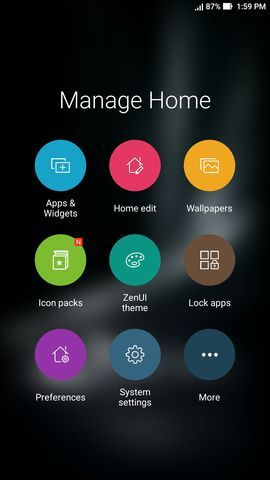 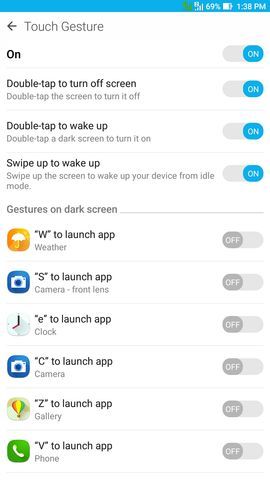 A bunch of motion and touch gestures are on offer, and there’s even a special ‘Game genie’ mode that pops up while gaming, letting you record your gameplay and share that with others. Those who love customising their phones should appreciate the sheer number of options available, but for others, the features would just be overkill. The one-handed mode, accessible by a double press of the home button, could be a useful feature though… given the large size of the device. Remember the time we used to deride Samsung for the feature spam in its Touchwiz? The Korean brand later toned that down quite a bit, and we think ASUS should think seriously about this as well.

One more gripe we have with the ZenFone 3 Ultra is lack of VoLTE support. While the spec sheet does mention it, we couldn’t get a Jio SIM to work for calls on the Ultra, and it seems that the device would need a software patch to enable VoLTE. 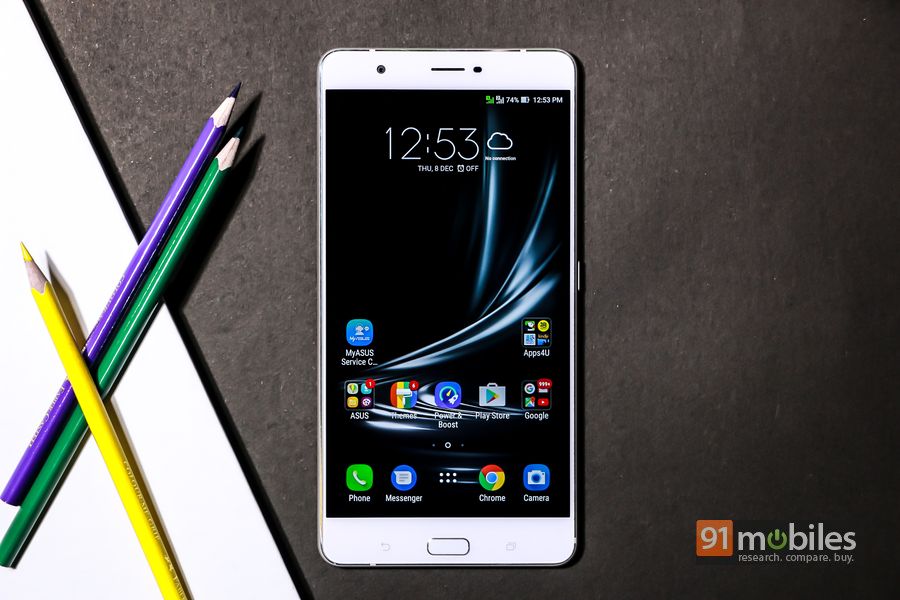 As far as the ZenFone 3 Ultra is concerned, its sticker price is what weighs it down quite a bit. The device competes with the likes of the Xiaomi Mi Max Prime and the Lenovo PHAB 2 Plus (first impressions) in terms of specs, but these are priced much lower in comparison. The Mi Max Prime (review) in fact, has been our benchmark for large-screened smartphones, mainly because of the immense value for money it offers. It rocks the same core specs (Snapdragon 652, 4GB RAM), a slightly smaller 6.4-inch FHD screen, double the storage at 128GB, and a beefier 4,850mAh battery. Comparing it with the ASUS ZenFone 3 Ultra, we’d have to say that the latter is much better in many aspects – with design, camera quality, and features like reverse charging and fast charging making it a very compelling option indeed. However, we’re not sure if these advantages are worth the significantly extra outlay. The ZenFone 3 Ultra, in our opinion, makes sense only if you’re hell bent on getting a large-screened smartphone, because if you’re okay with spending that amount, we’d point you towards the Samsung Galaxy S7 edge (review) instead.