Bezel-less displays have been a major trend among smartphone flagships in 2017, but as we come to the end of the year, we’ve seen this feature trickle down to the mid-range as well. Honor has already launched the 9i (review) this year, a sub-Rs 20,000 smartphone packing an 18:9 display and quad-cameras. Now the brand is setting its sights on the even more lucrative sub-Rs 15,000 segment with the Honor 7X. The successor to the Honor 6X (review) carries forward the dual cameras at the rear, and adds in upgraded internals and an 18:9 display. I’ve spent a couple of weeks with the handset, and here’s what you need to know. 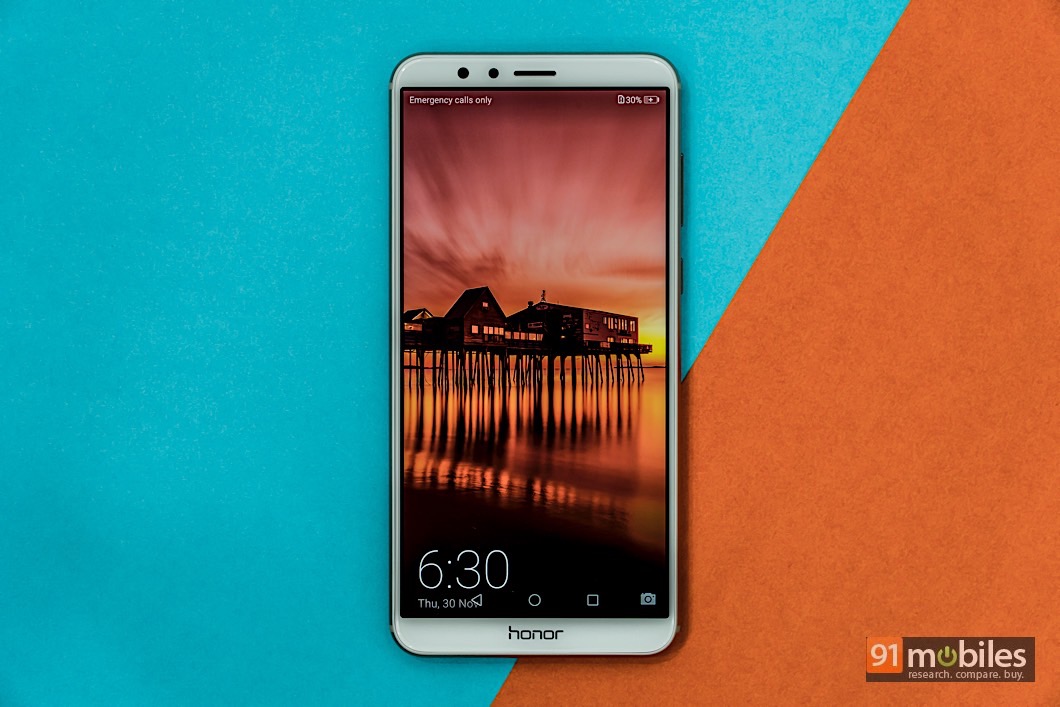 Compared to the Honor 6X, the 7X is a design upgrade in every way. It’s super sleek, with an all-metal body and 2.5D curved glass for the display. The screen measures 5.93-inches in size, but it’s hard to tell thanks to the 18:9 aspect ratio, which results in bezels that are shrunk on all four sides. It feels like a 5.5-inch form factor, and the 7.6mm slimness of the chassis makes it pretty comfortable too for one-handed usage too. With full HD+ resolution (2,160 x 1,080 pixels), the screen is sharp with punchy colours, although it’s highly reflective. I did find the auto brightness to be a bit iffy as well, often dimming the screen to a point that I’d have to manually increase it.

While the 7X’s metal build feels super premium, it’s also very slippery, and I would recommend you slap a case on immediately. The dual cameras at the rear protrude as well, so the case should also help level them with the rest of the rear panel. There’s a fingerprint sensor at the back, since you get only onscreen navigation controls on the 7X. It’s incredibly fast and accurate, and one of the best I’ve seen in this price segment. Thankfully, you do get a 3.5mm audio jack on the device, although Honor has decided to retain micro-USB instead of Type-C. The Honor 7X comes in blue, black and gold finishes, so there’s plenty of choice to go around.

Cameras: bokeh all the way 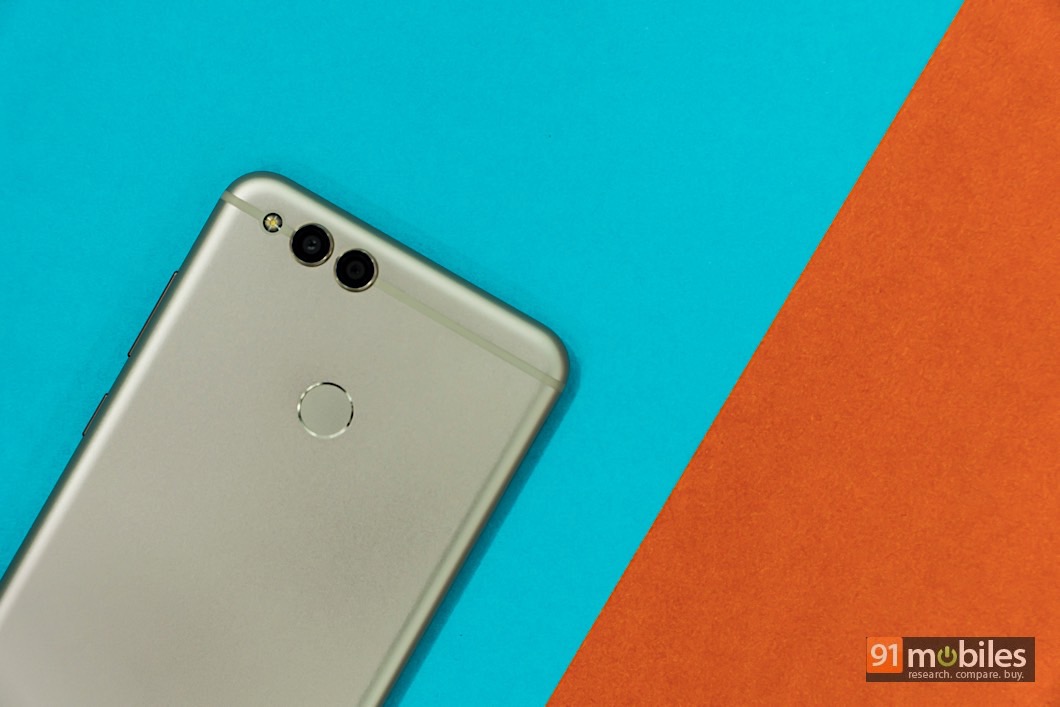 The Honor 7X features a 16MP camera at the rear, an upgrade over the 6X’s 12MP shooter. The secondary depth sensor remains the same at 2MP. The dual camera module enables the 7X to take bokeh shots, letting you adjust the aperture between f/0.95 and f/16. You can also adjust the aperture in edits, and change the focus point as well. The camera can take nice depth of field images in daylight, although there is artificial softening around the edges of the subjects, especially if you choose a very wide aperture. The camera app also features a Portrait mode, which offers a similar bokeh effects for portrait shots alongside beautification effects. The camera can capture decent macro and daylight images, but in anything less than bright sunlight, you can expect a significant amount of grain. Photos taken indoors displayed high levels of noise even during the day, and night time shots lack detail. The front 8MP camera offers a Portrait mode as well, although it’s software based since there’s only a single sensor. 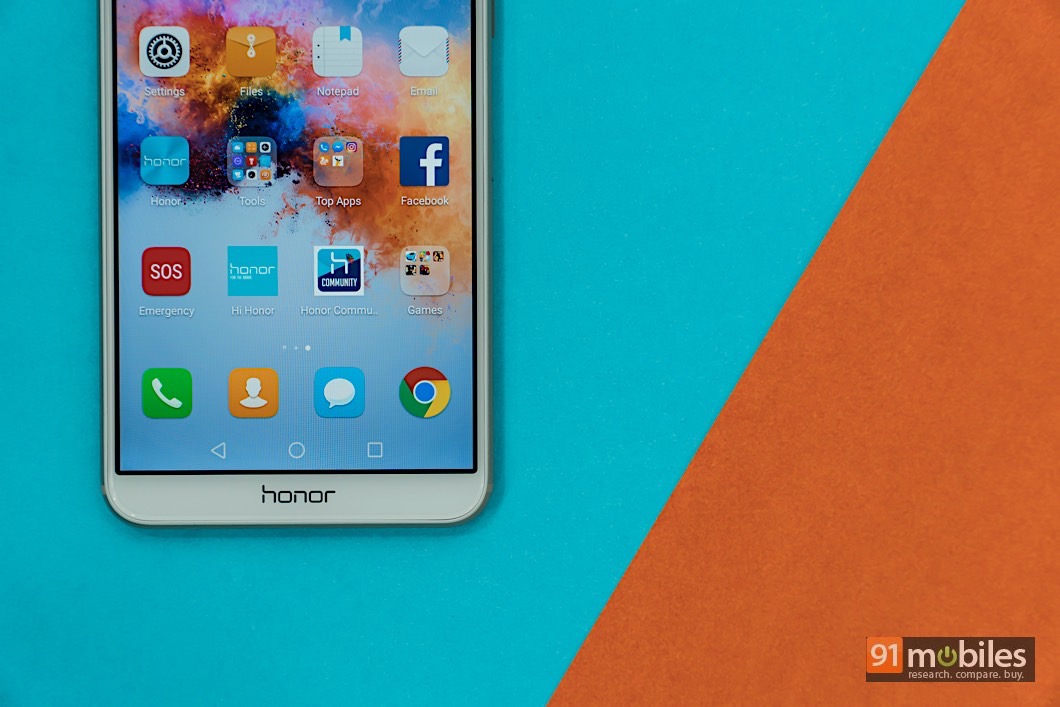 The 7X runs Android 7.1 out of the box, with Huawei’s custom EMUI 5.1 interface on top. The brand doesn’t have the greatest track record when it comes to providing software updates, although we expect it to roll out Android Oreo for the 7X at the very least.

EMUI is one of the better custom interfaces out there, and its been polished significantly over the years. What I don’t like is the presence of bloatware on the phone – these include both third-party apps and Huawei’s own app suite. Thankfully, you can uninstall the former.

EMUI 5.1 brings the usual tweaks, including the ability to add multiple functions to the fingerprint sensor, enable a simple home screen interface, change the navigation key layout and use an app twin feature for social media apps like Facebook, Snapchat and WhatsApp. You can also enable a one-handed UI and various gestures. 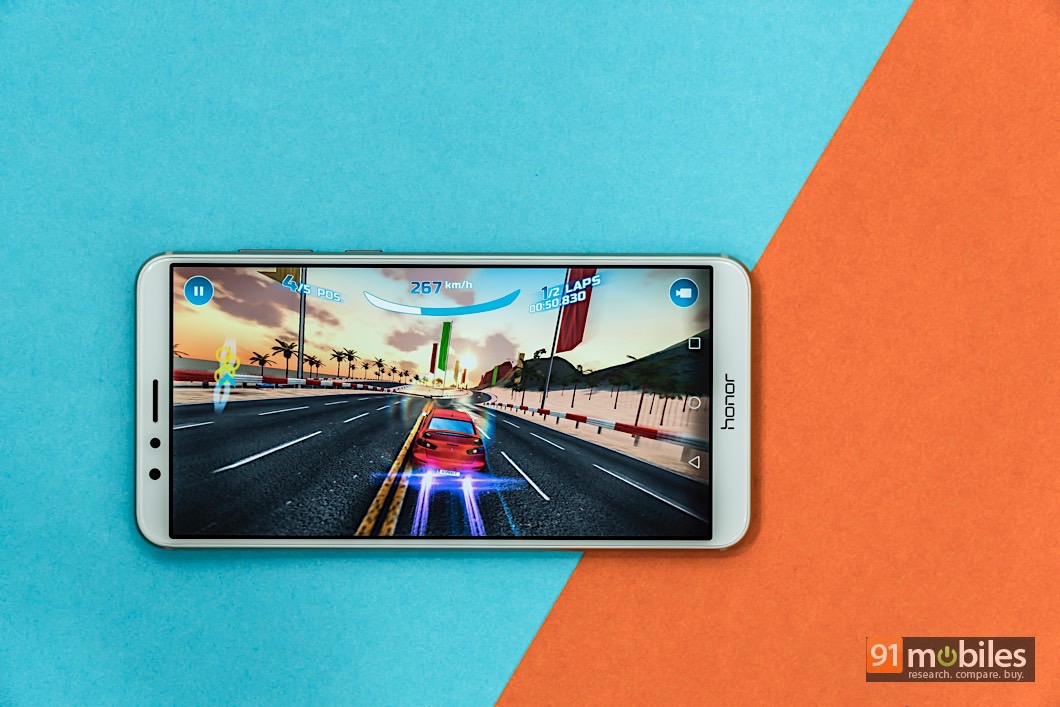 Like the Honor 9i, the 7X is powered by the Kirin 659 SoC, paired with 4GB of RAM. There are 32GB and 64GB storage options to choose from, and both feature microSD card slots for expansion. Unfortunately, the 7X ships with a hybrid dual-SIM slot, so you’ll have to forego one of the SIMs if you want to increase the storage. Despite the heavy EMUI skin, I found the 7X to be fast and responsive in daily usage. Gaming on the smartphone doesn’t cause it to heat up too much, and apart from a few frame drops, is fine for more graphics heavy games. The 18:9 display isn’t optimised for many apps and games though, so in many cases you’ll see a black band at the bottom of the screen. There is an option to enable a full screen mode for incompatible apps, but this stretches the display and warps the view in some cases.

The 7X is fuelled by an ample 3,340mAh battery, which comfortably offers a day’s juice. In our battery drain test, the phone lasted for eight hours and 53 minutes, but real life usage tells a different story. I usually had about 20 percent battery left at the end of the day, with usage involving phone calls, photos, WhatsApp and social media. Unfortunately, phone doesn’t support fast charging, and took two hours and 33 minutes to go from 0 to 100 percent using the bundled charger in our test. 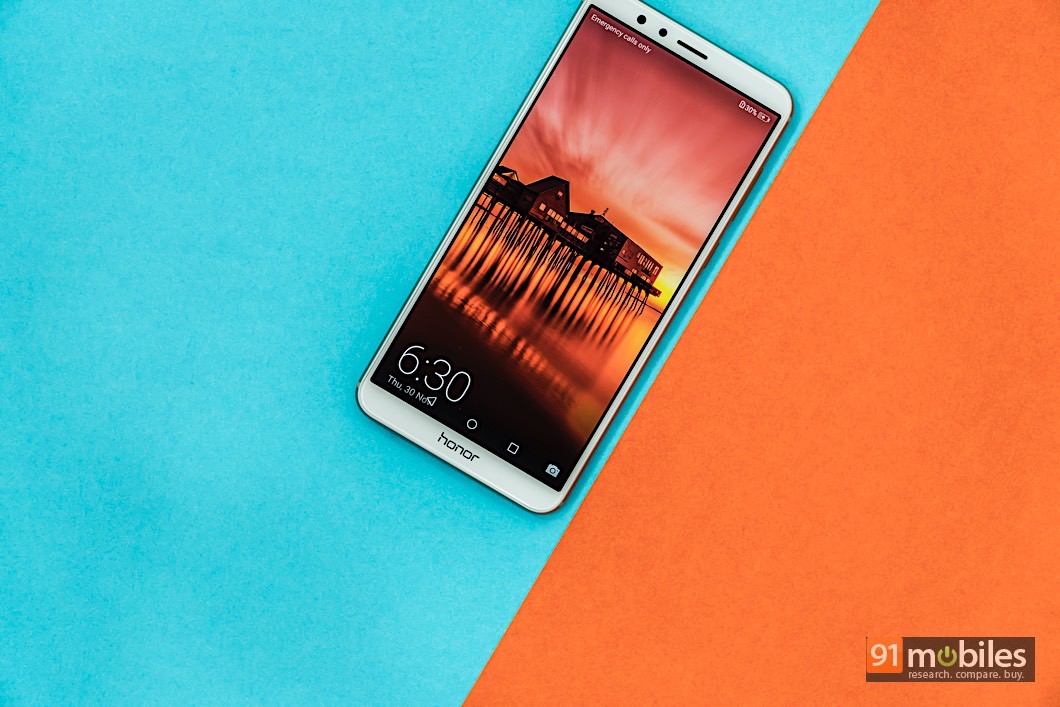 It’s been a while since Honor released a competitively priced budget device in India. The 7X brings some much needed variety to the sub-Rs 15,000 segment, which has so far been dominated by the likes of the Xiaomi Redmi Note 4 (review), Moto G5s Plus (review) and even the recently announced Xiaomi Mi A1 (review). While the last two also offer dual cameras, they have the added benefit of a stock Android interface with a promise of timely updates. On the other hand, the Honor 7X features an 18:9 screen which results in a bigger display inside a smaller form factor. It also offers a larger battery, which is useful. Which handset you ultimately choose as your daily driver depends on the features you value, but that said, the Honor 7X should prove to be a worthy choice.