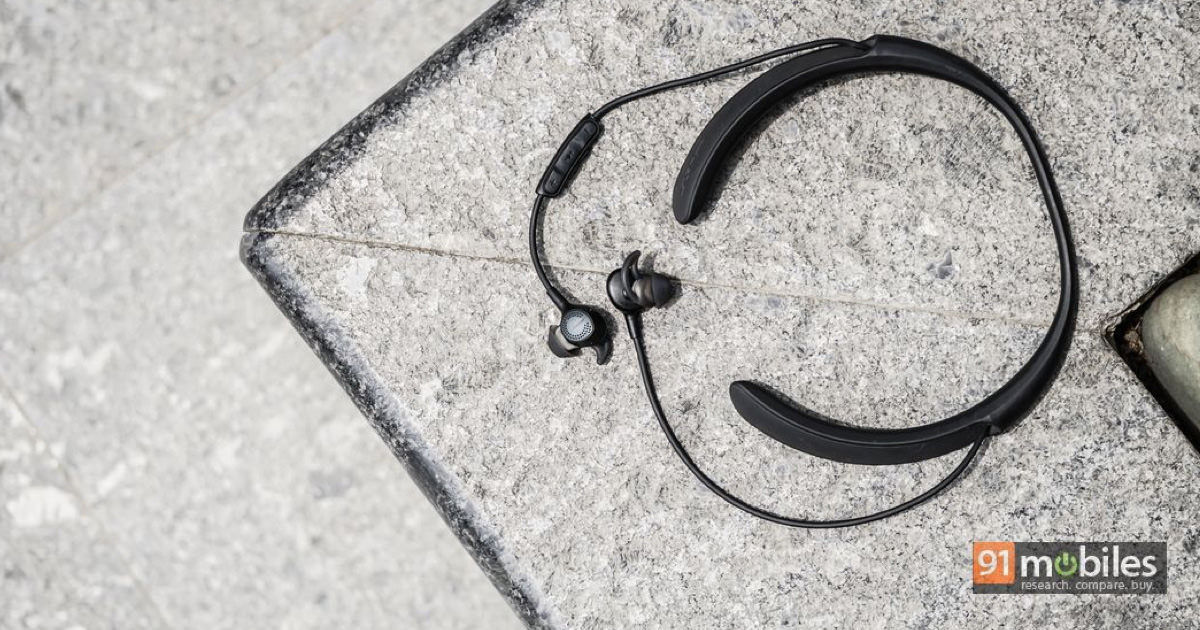 Stop me if this sounds familiar. On your commute to work, you bust out your earphones to listen to some music to drain out some of the noise from the outside world. However, you’re struggling with zeroing down on the perfect volume levels which would block out the noise without being too harsh to your ears. Enter, ANC headphones which can kill two birds with one stone. And Bose is arguably the best brand in the business when it comes to noise cancellation. We recently reviewed the QC 35’s from the company which sounded great and were really good at blocking noise too. However, the headphones were bulky and not ideal for road warriors. If you wish to travel light, then Bose has a solution for you too – the recently launched QuietControl 30, which feature the company’s famed active noise cancellation and come in an in-the-ear configuration. Retailing for as much as the QC 35, are the earphones worth it? Well, read on to find out. 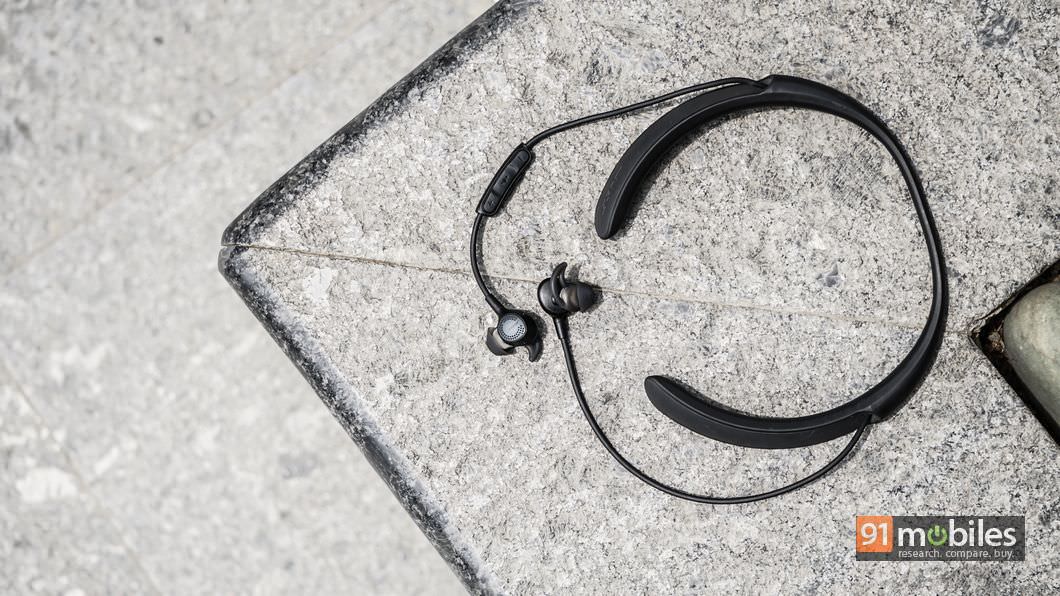 The Bose QC 30 is a lot of things, but a good-looking earphone isn’t one of them. As harsh as it might sound, the EOZ One (review) which retails for less than a third of what the QC 30 does, looks and feels far more superior. However, in the company’s defence, the earphones do come with a bunch of tricks up their sleeve which I’ll talk about later in this review. Coming back to the design, the QC 30 are the first neckband style earphones from the audio giant and unfortunately for Bose, the company didn’t hit it out of the park in the first attempt. The neckband is thick and the wires for the individual ear pieces aren’t very long, which restrict head movement. Furthermore, there’s no way to change the length of the wires and therefore, you’ll be stuck with what you get out of the box. The neckband in itself is heavy as well and although it’s made up of a soft-rubberised material, I still found it biting the back of my neck. There’s no design or engraving on the earphones either, save for a Bose logo on the neckband and I feel that the company has blurred the line between minimal and boring this time around.

There are a good number of buttons on the QC 30, so let’s talk about those. The power button can be found underneath the right side of the neck band and is flanked by two LEDs – one to show that the earphones have powered on and the other to indicate the status of the Bluetooth connection. Pairing the earphones to a compatible device is easy and all you have to do is hold the power button for a couple of seconds. You’ll then hear a prompt which will tell you that the earphones are ready for pairing. There’s an inline remote control too, which comes with two sets of buttons on the top and the side and naturally, serves two different purposes. Firstly, you’ll be able to control your music via the trio of buttons found at the top which includes increasing or decreasing the volume, pausing or resuming a track and skipping or jumping back to a song. The controls on the side will help you increase or decrease the level of active noise cancellation. Yes, the QC 30 lets you control the amount of noise that’s entering your ears and therefore, has been aptly named QuietControl and not QuietComfort. While most people will max out on the noise cancellation, it’s a particularly handy feature for when you are out on a run and want to hear the traffic. 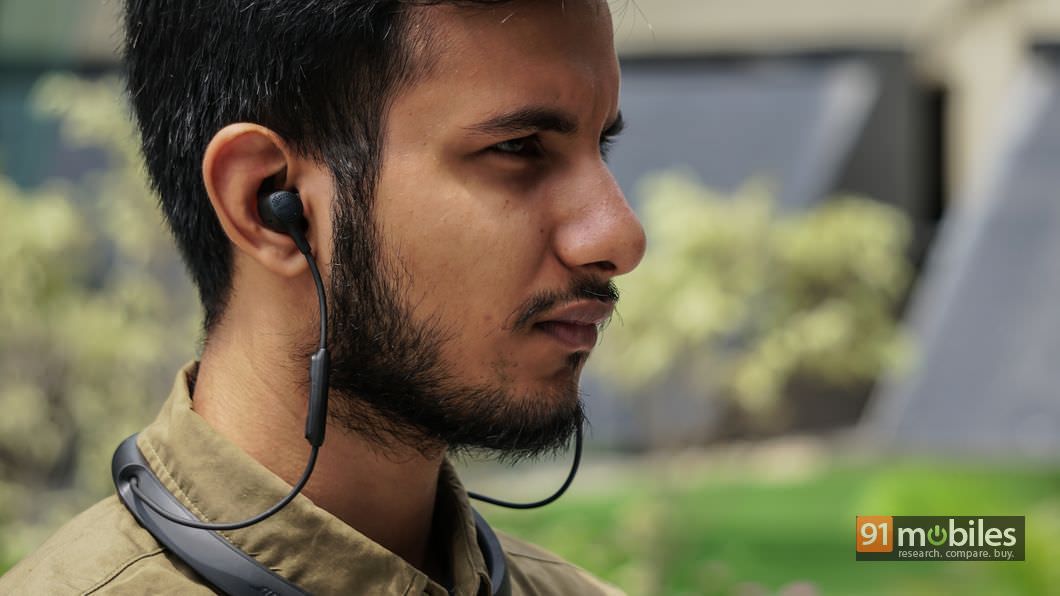 Speaking of comfort, the ear pieces on the Bose QC 30 feature a unique design and therefore, you might have an issue with how they sit in your ears. I didn’t face any problems with the comfort however, the ear pieces do tend to come out if you’re jogging or exercising. Moreover, if you don’t have a thick neck, then the neckband doesn’t stay put either. In the company’s defence again, the QC 30 isn’t meant for exercising which is why it doesn’t come with water or sweat resistance either. 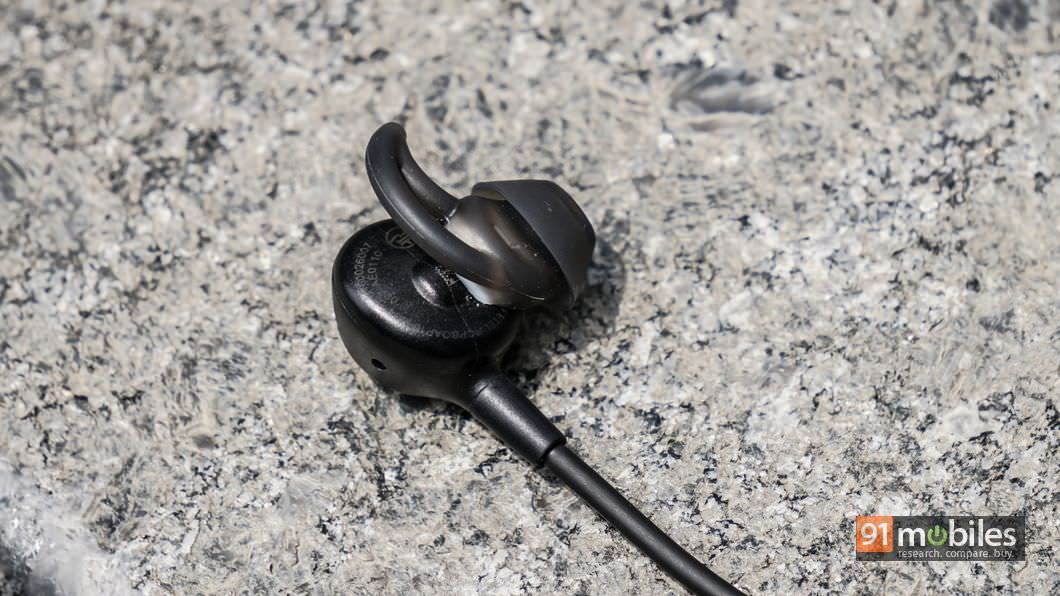 Returning Bose buyers will find that the sound signature of the QC 30 is similar to some other offerings from the company. The earphones have a slight emphasis on bass and therefore, tracks from the EDM/hip-hop genre play the best on the QC 30. Having said that, the bass isn’t overpowering by any means and you’ll still be able to enjoy songs from other genres. Details in the low-end are tight and while it might not rattle your skull like a pair of Beats or XtraBass headphones from Sony, you’ll still feel the thump. Infected Mushroom’s Where do I belong has a lot of chaotic beats and the QC 30 reciprocate them to the fullest. The performance of the earphones in the mids is stellar but I felt like vocals have been given more prominence over instruments like piano. The same is evident in Radka Toneff’s The Moon Is a Harsh Mistress and Lorde’s Liability, wherein the piano cover is subdued as soon as the vocals kick in. The performance of the earphones in the high-end of the frequency spectrum is a bit lacklustre and I constantly felt that the strums from an electric guitar were being bullied away by the kick drum or the vocals. If you listen to Paradise City by Guns N’ Roses on the QC 30, then you’ll notice that the guitar riff at the beginning of the song gets immediately drowned out by the vocals and the drums. There’s still plenty of details in the songs but the sound quality of the QC 30 leaves a little to be desired. Having said that, the earphones do a good job with instrument separation and while sound staging isn’t the best, it’s not the worst for an in-ear type pair of headphones either. 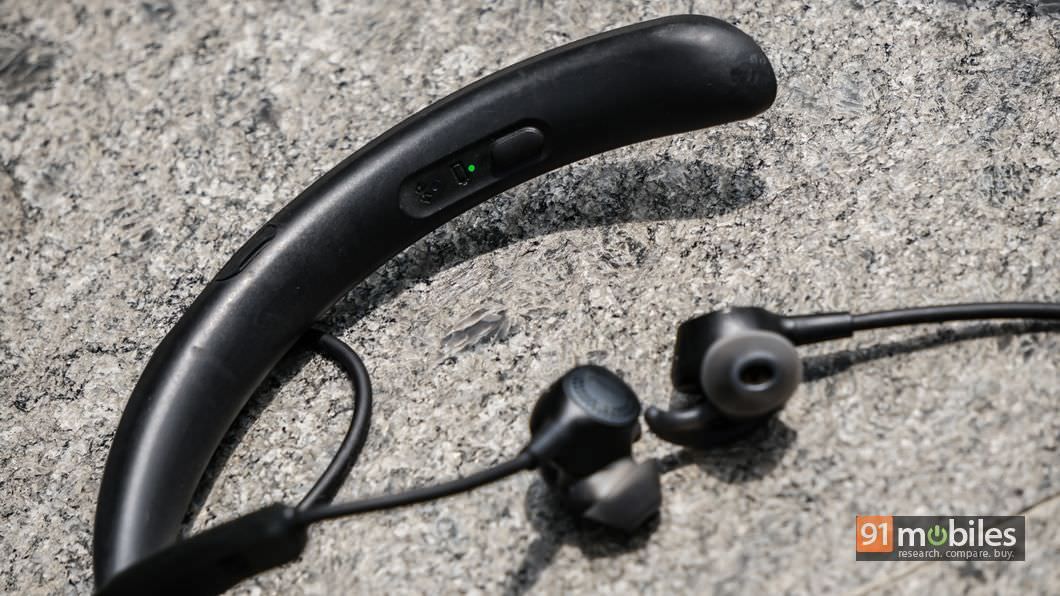 On the other hand, the performance of the earphones when it comes to noise cancellation is excellent and arguably even on par with the QC 35. While I could listen to office chatter even with noise cancellation set to max, it’s still impressive considering the QC 30’s small footprint. Moreover, I was immensely impressed with the earphones’ rock solid connection too and over the course of my review period, the earphones didn’t show any signs of connectivity issues either. One silver lining of the earphone’s thick neckband is that it allowed Bose to cram a big battery inside, which lasts for about 10 hours off a single charge. 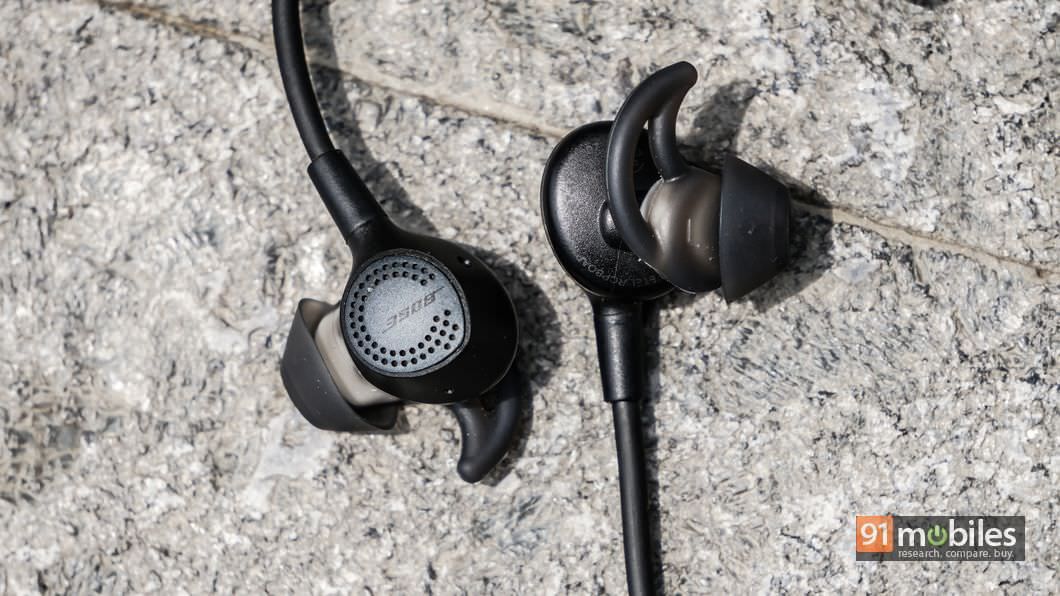 Shrinking down a piece of technology always comes with some tradeoffs. For instance, a laptop running on similar specs to a desktop counterpart will have thermal issues and while Bose has managed to slim down its noise cancellation technology to fit inside an earphone, the QC 30 isn’t perfect. The earphones aren’t the most comfortable to wear and the sound signature is a bit iffy too. If you can make-do without the noise cancellation feature, then you can get your hands on plenty of good sounding earphones than the QC 30, which retails for Rs 27,000. Personally, I would’ve opted for the over-the-ear QC 35 headphones as they offer much richer sound, come with better noise cancellation and retail for around the same price. However, if you are inclined towards in-ear type earphones, then I suggest you check out our review of the V-Moda Forza Metallo Wireless, which offer stellar sound and great build quality for nearly half the price.