Do you want your next smartphone to rock a bezel-less design? Well, irrespective of the answer that you have in your mind, all major brands have already made a shift towards offering thinner bezels on the fascia, so very soon, there would be little choice left for customers who prefer thick bezels on their handsets for some reason (look away, Google Pixel 2). Not that we’re complaining, as you get bigger screen real estate in a similar form factor. Gionee’s new M7 Power (first impressions) comes with narrow bezels, and to offer a full-fledged multimedia experience, also offers a massive 5,000mAh battery. But is that enough to make a splash in the highly-competitive sub-Rs 20k segment? Our review has the answer. 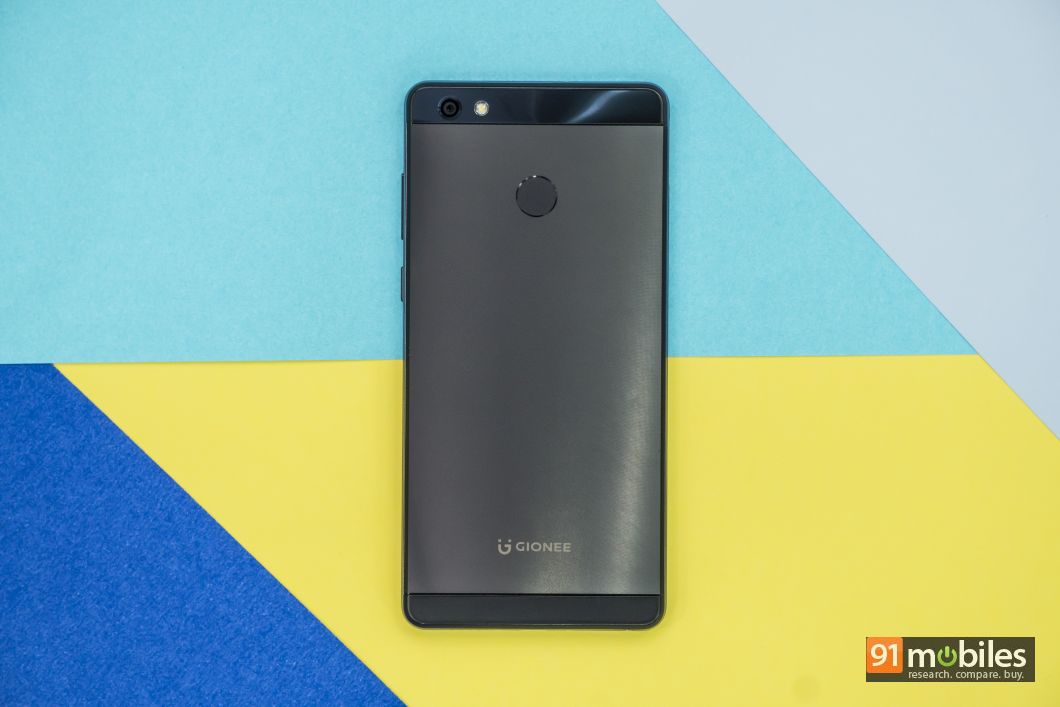 The Gionee M7 Power packs a large 6-inch IPS display with HD+ (1,440 x 720 pixels) resolution and an aspect ratio of 18:9. Thanks to the impressive screen-to-body ratio, despite a 6-inch display, the Gionee M7 Power does not feel large in hand and is easy to hold. One of the things that you will notice however, is that the smartphone does feel slightly bulky compared to the other contenders in the market as it weighs around 199 grams. That of course, can be attributed to its large battery. 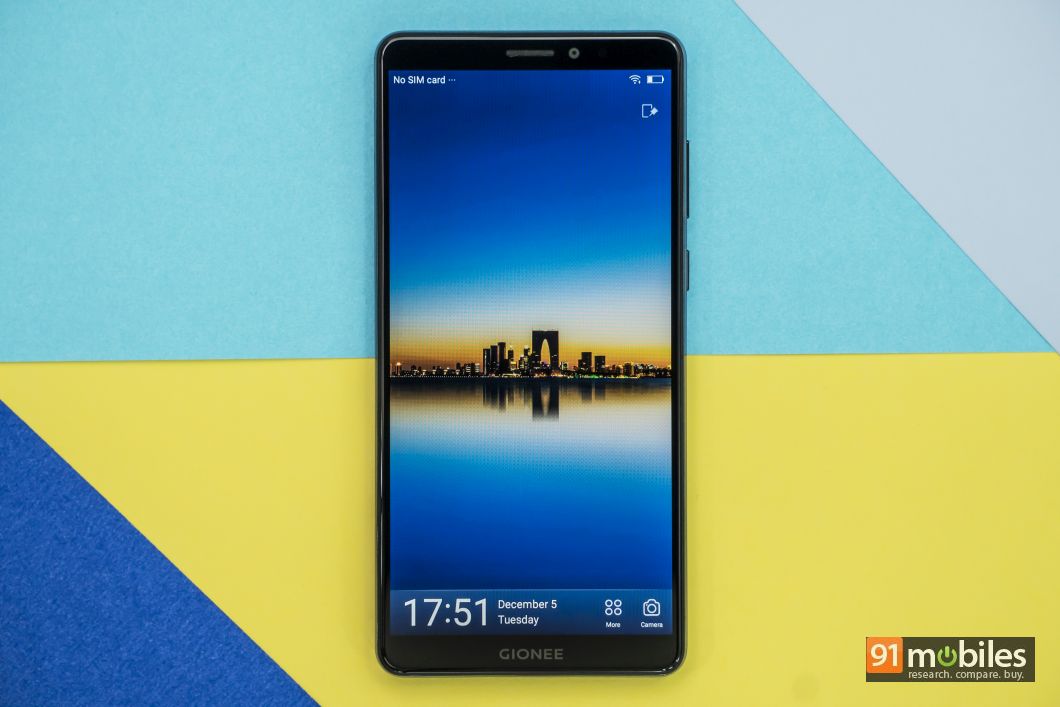 In terms of the port and button placement, the power switch is conveniently placed on the right edge with the volume rocker placed right above. Adjusting to the volume buttons might take time for some people, but it is certainly not an unconventional design choice.

Considering that display makes most of the front part of the handset, the fingerprint scanner has been placed by the company in the middle at the rear of the smartphone. The textured metallic back makes sure that the M7 Power is not slippery in the hand and while it feels slightly odd at first, it does grow on you with time. The speakers, charging port, and the 3.5mm audio jack are all present at the bottom of the handset.

While one can argue against the choice of low resolution on a display of its size, in our testing, the sharpness never really came across as an issue. We also found the colour reproduction to be really good. We didn’t have any major difficulties in using the smartphone in outdoor daylight conditions either, as the screen’s brightness reached fairly decent levels. Interestingly, in our usage, we found that video players such as MX Player and VLC were able to play videos in 18:9 aspect ratio but somehow the YouTube app didn’t allow the ‘fit-to-screen’ option that is usually available with the devices with the taller-than-usual aspect ratio. However, this is a minor issue that will likely get resolved with a future update.

The Gionee M7 Power sports a 13-megapixel primary camera with an LED flash, and an 8-megapixel selfie camera at the front. The camera app is fairly simplistic offers modes including photo, video and panorama. Other options include Face Beauty, Card Scanner, and a Group Selfie. One of the interesting new additions is ‘3DPhoto’ mode. With this mode, users can take 3D images, which rather appear as stop motion videos. While this mode is fun to use, it comes across as more of a gimmick than anything else in its current state. 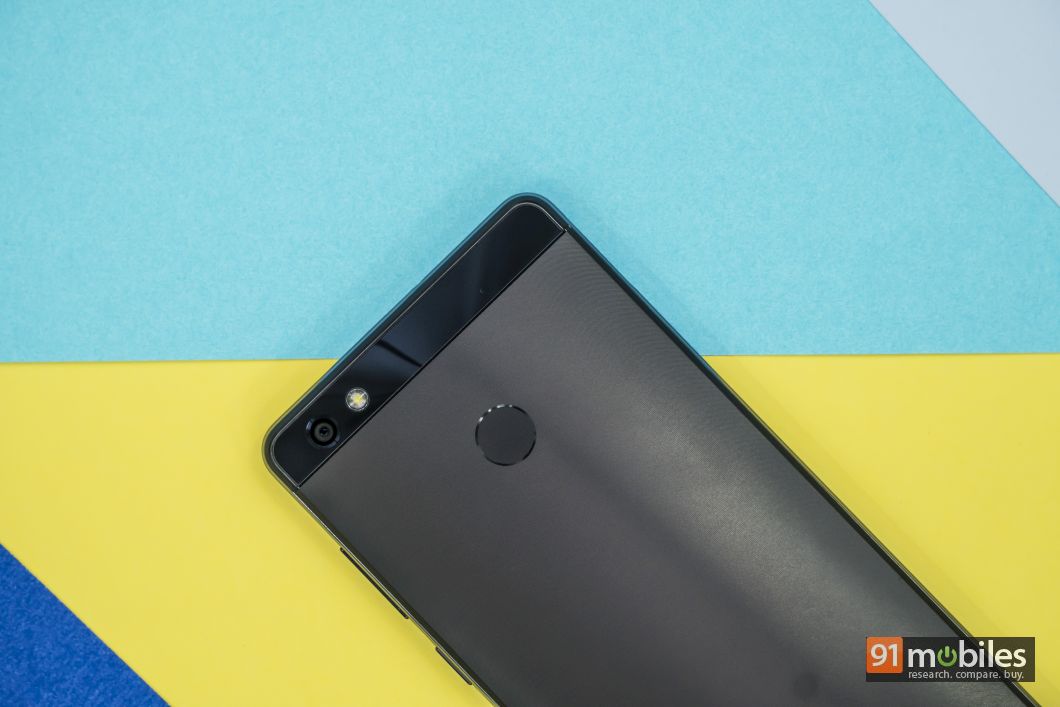 Talking about the quality, the rear camera performed fairly well and took decent shots in both indoor and outdoor conditions. In low-light conditions, the Gionee M7 Power’s performance was rather average and inconsistent compared with the pictures clicked in brightly-lit conditions. The smartphone allows users to record videos in up to full HD resolution but again, the performance of the camera leaves room for improvement.

While the front camera was able to take some good shots, its performance was relatively less consistent than the primary camera on the smartphone.

Fuelling the Gionee M7 Power is Snapdragon 435 processor coupled with 4GB of RAM. We didn’t face any issues while performing day-to-day tasks and even while playing games. We managed to play games like Guns of Boom for long duration sessions without major heating issues. The M7 Power runs Amigo 5.0 UI on top of Android Nougat out of the box and unlike stock Android, the icons are all present on the homescreen. This means that there’s no app drawer that can be pulled up by swiping on the homescreen itself. The Quick settings can be easily accessed by pulling down from the top half. 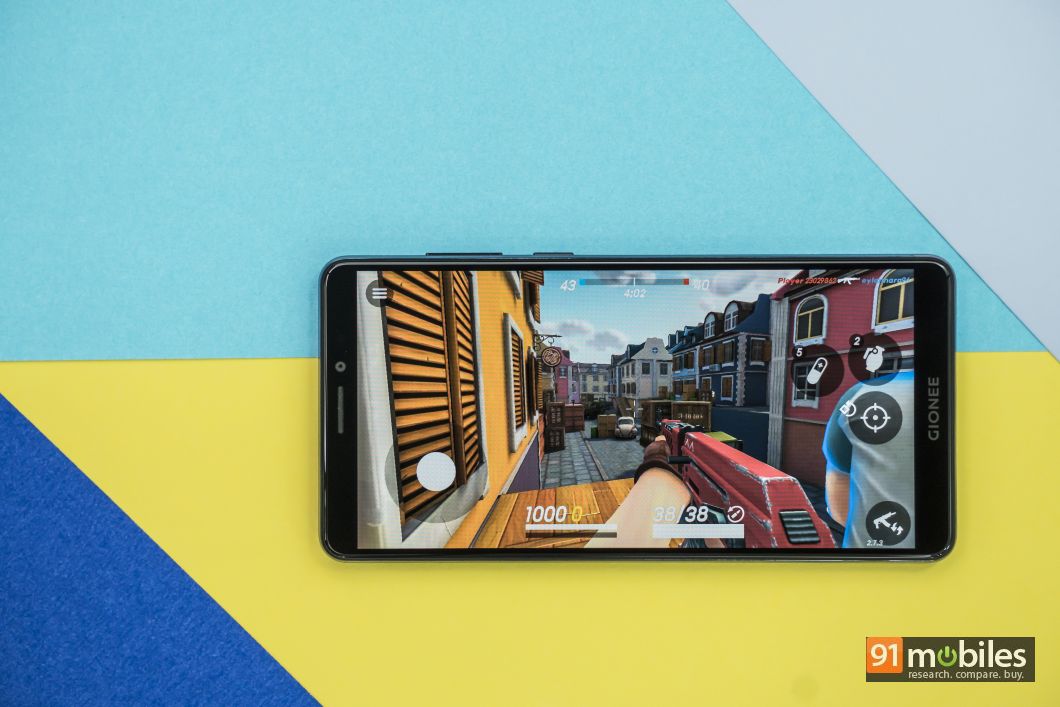 As the company recommends itself, it is safer to use other security methods than facial recognition to unlock the smartphone at this point.

The design of the Gionee M7 Power is fairly attractive but the feature that will compel you to buy this handset is most likely going to be its 5,000mAh battery. If we look at just the battery capacity on paper, it screams out for attention. But does it hold up well in day-to-day usage? The answer to that question is yes. The M7 Power ended up with around 45-50 percent of battery at the end of the day with regular usage. 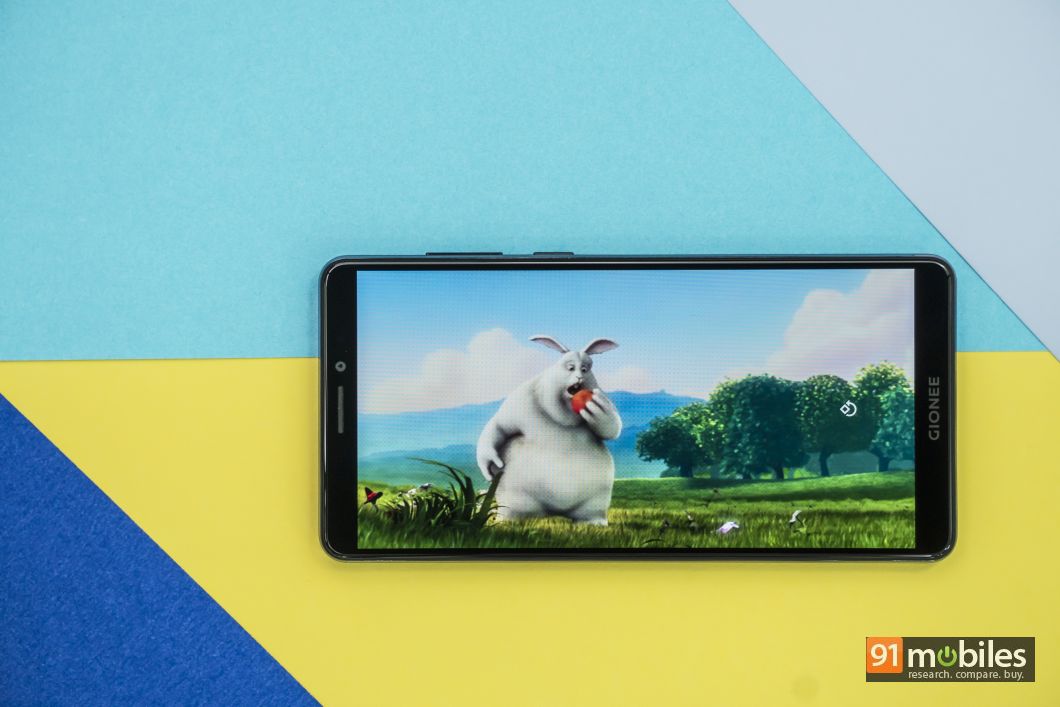 In our HD video loop test, the handset was able to give us a runtime of around 17 hours. For most users, it should be able to last two days comfortably on a single charge, and is, therefore, a good option for travellers or people who don’t like to carry power banks or chargers with them at all times. In fact, thanks to the reverse charging support, you can also use the M7 Power to work as a power bank and charge other devices with it.

With the M7 Power, Gionee has launched a smartphone that offers long battery life and decent performance at an affordable price point. While we appreciate the brand for joining the 18:9 club, if it would have included an FHD+ display on the smartphone instead of an HD+ panel, the handset would have likely stood out from the pack. However, the reality is that its rivals like the Xiaomi Mi Max 2 (review) and Moto G5s Plus (review) offer similar specs with better screen pixel densities, and a more capable Snapdragon 625 processor. And if you are looking for a smartphone with minimal bezels, then the Honor 9i (review) is also a compelling option.

The M7 Power’s camera performance does have scope for improvement as well, but something that truly makes a case for this handset is its battery life. If you are looking for a smartphone for media consumption that doesn’t require a charge by the end of the day, the Gionee M7 Power might be just for you, but otherwise, one from the aforementioned rivals could be a better buy.