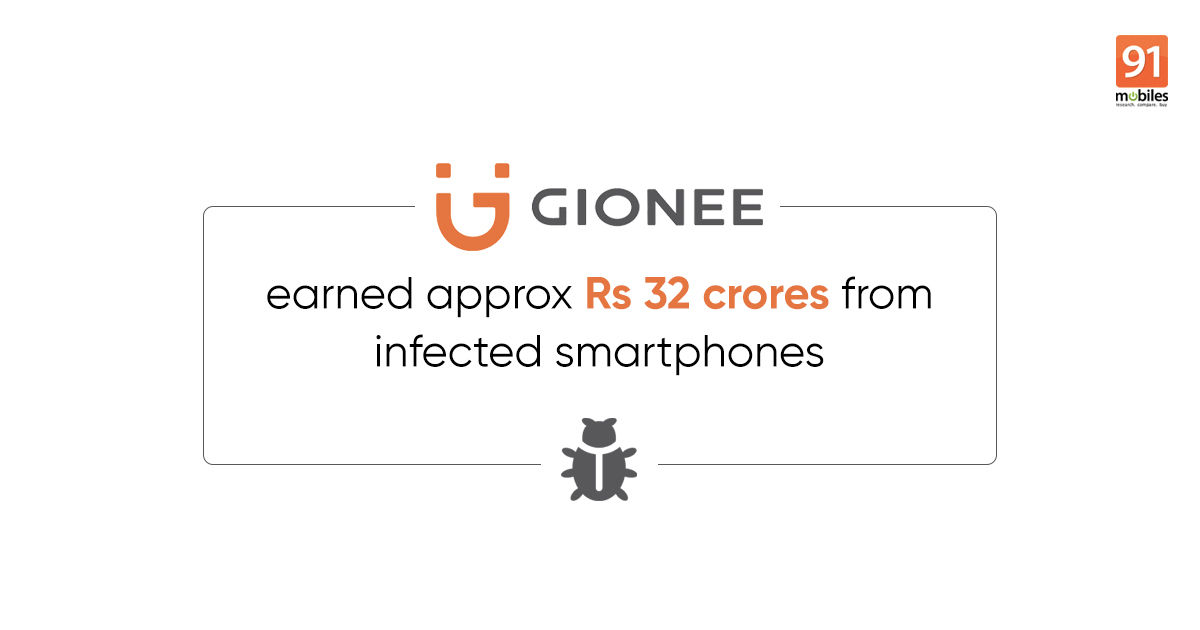 A court in China has found Gionee guilty of illegally controlling computer information systems by intentionally infecting more than 20 million phones with malware, according to a report published by the China Judgement Document Network. The company is said to have inflicted Trojan Horse via an app between December 2018 and October 2019. The Trojan Horse was used to throw ads without users consent and make money. The court has found that a Chinese company called Beijing Baice Technology Co. Ltd conspired with Shenzhen Zhipu Technology — a subsidiary of Shenzhen Gionee Communication Equipment Co. Ltd. — to implant a Trojan horse program on phones through the update of the “Story Lock Screen” app.

The report says that in December 2018, considering the inefficiency of the existing “pull method”, Wang Dengke proposed to inject hot update plug-in “Dark Horse program” in apps such as “Story Lock Screen.” Then the app and its SDK version with Trojan plug-ins were upgraded, and the “Dark Horse Platform” was used to install and update the “Living Trojan Horse” in the background without users’ consent. This apparently increased the efficiency of the pull job. Beijing Baice and Shenzhen Zhipu have carried out the ‘pull activities a total of 2.88 billion times and by April 2019, the number of devices covered by the monthly “pull activity” surpassed more than 21.75 million, of which 26,519,921 Gionee mobile phones were involved in October 2019 alone.

The two companies have reportedly earned RMB 27.85 million (approx 32 crores), while the estimated expenditure is around RMB 8.425 million (roughly Rs 10 crores). The court has given Xu Li, Zhu Ying, Jia Zhengqiang, and Pan Qi three-year jail terms, while Pan Qi has been a 6-month term in prison. All of them have also been fined RMB 200,000 (around Rs 22,59,400).