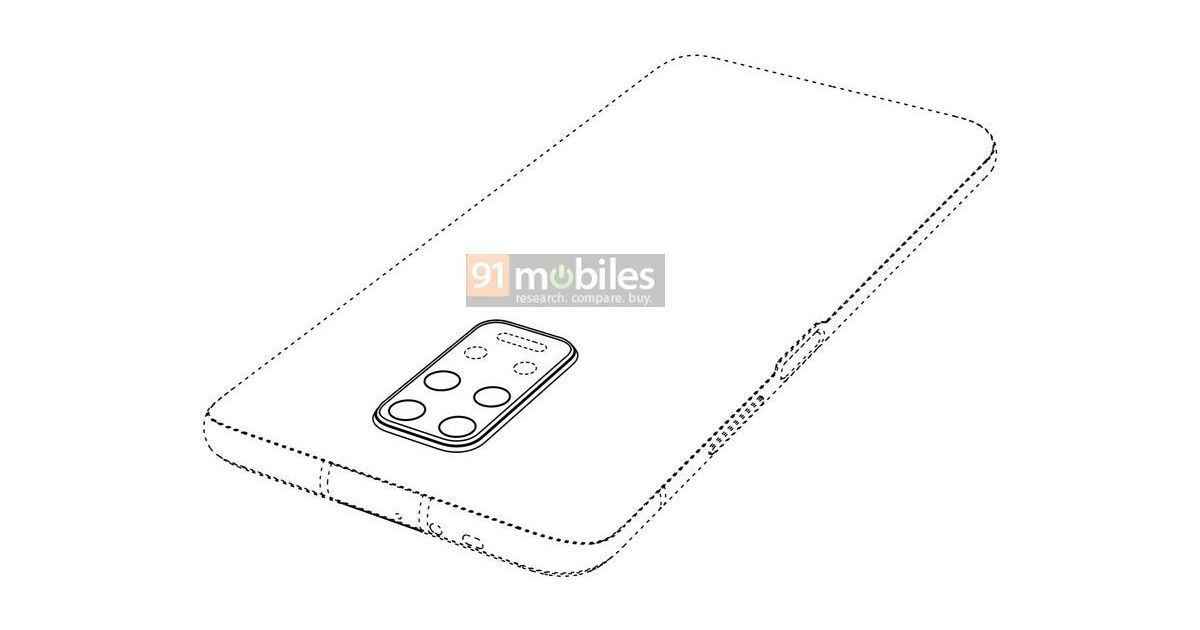 Huawei seems to be readying a new rear camera layout, according to a patent filed at the Russian Federal Institute of Industrial Property, as discovered by 91mobiles. The patent images show off a centre-alingned rectangular camera module at the back that can house four camera sensors, two smaller sensors, and an LED flash. Interestingly, there is no Huawei phone with such a camera design, meaning it could be seen on an upcoming flagship or a premium mid-range offering. The rear camera design looks similar to the one on the Redmi Note 9, minus the fingerprint sensor. Additionally, the phone has a pill-punch hole cutout on the front top-right corner for the selfie cameras, which is something we have previously seen on the Huawei Nova series phones, such as the Nova 6.

The Huawei phone in the patent shows off slim bezels around the screen. The volume rocker and power button, which seems to have a fingerprint sensor embedded, are on the right spine. The rear panel is slightly curved towards the edges, possibly for a better grip. The USB Type-C port, speaker grill, primary microphone, and SIM tray are present at the bottom, while the top edge seems to accommodate a secondary mic for noise cancellation and possibly an IR blaster.

The phone doesn’t have a 3.5mm audio jack and the rear camera module doesn’t seem to protrude much. Unfortunately, not much else is known about the Huawei phone at the moment and it remains to be seen whether Huawei would indeed launch a phone with this rear camera design.