HK-based Transsion Holdings debuted in India in May 2016 with the launch of the iTel brand for feature phones and entry-level smartphones. But this year, it launched two more brands back to back in the form of Tecno and Infinix. While the former is targeted at offline consumers, the latter aims to bring loaded offerings that are available to buy online. And if its initial two phones – the Infinix Note 4 and Hot 4 Pro – didn’t make you feel excited, its latest launch will certainly be able to do so. Unveiled last month in Dubai, the Infinix Zero 5 comes with an enviable spec sheet. But with a price tag of Rs 17,999, it’s up against some solid mid-rangers such as the Honor 9i (review). So the question is does the Zero 5 deserve a second look? Stay with us to find out. 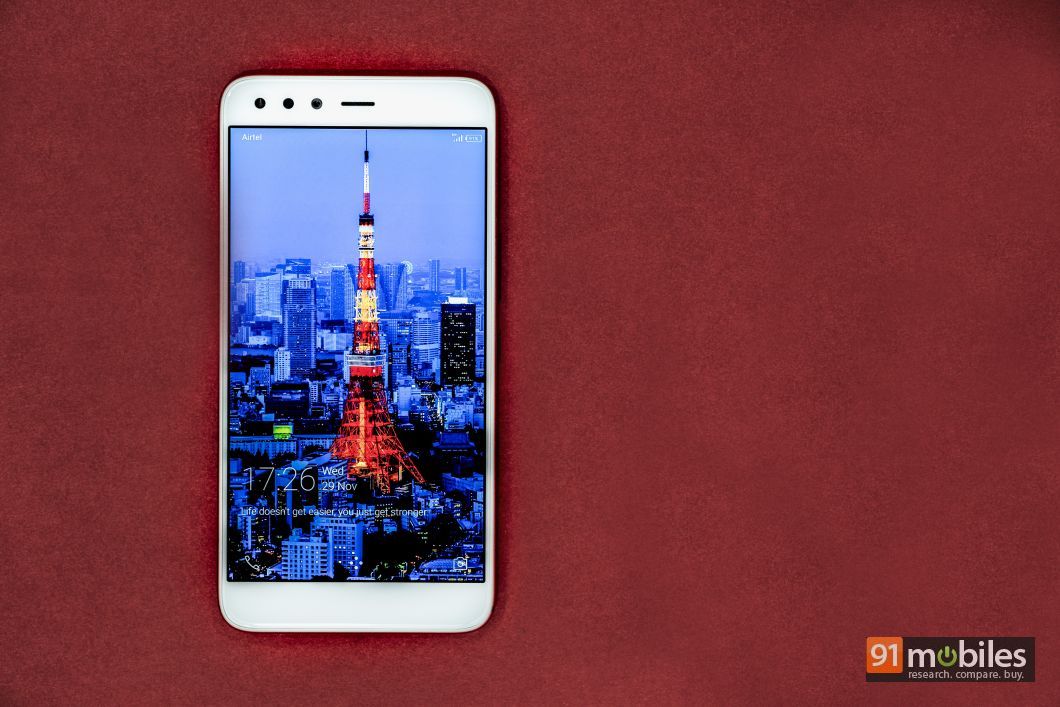 The Infinix Zero 5 is an attention catcher in more ways than one. Not only does it attract you from a distance because of its flashy red rear panel, its large size also allows it to stand tall (pun intended) amidst other smartphones. The handset is built around a massive 6-inch (5.98-inch, to be exact) display panel. Sadly though, contrary to rumours, it’s not a bezel-less device and that means it has significant bezels at the top and the bottom. Not only does that mean it’s large and can’t be handled single-handedly at all, but has noticeable heft too – at 197g. 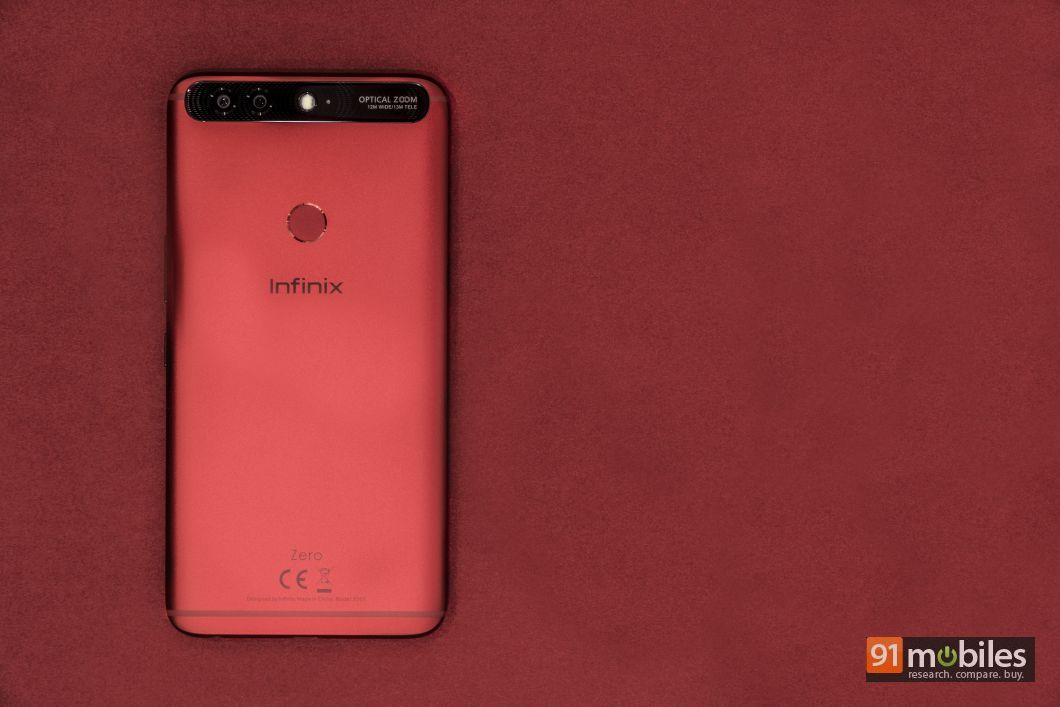 While it looks like any other smartphone from the front, the Zero 5 looks heavily inspired by the Nexus 6P and Huawei P9 (review) at the back. The dual-camera module resides in the glass panel, followed by the fingerprint reader and Infinix’s branding towards the bottom. The placement of the ports and buttons is standard, and it’s good to see the company incorporating the latest USB Type-C port for charging and data transfers.

The display panel on the Infinix Zero 5 is a regular affair with full HD resolution, but it manages to deliver crisp visuals with good colour reproduction. It’s easily legible in direct sunlight too. The IPS screen is protected against scratches by a layer of Corning Gorilla Glass 3. Additionally, the phone also comes with a pre-pasted screen guard. 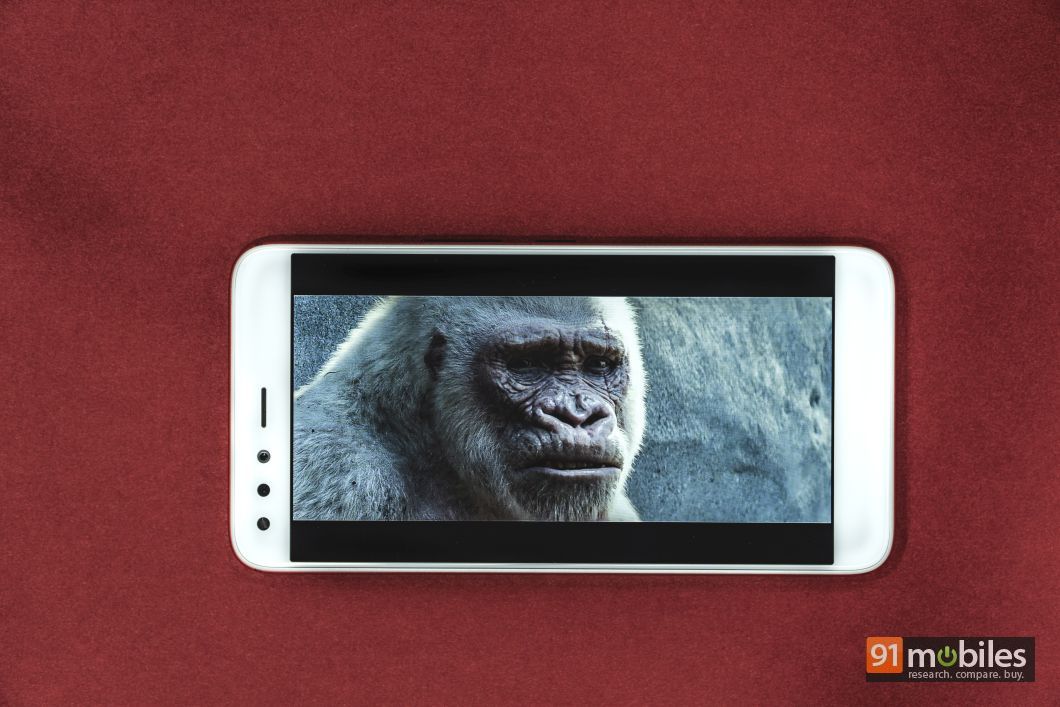 In sum, the Zero 5 turned heads wherever we took it, thanks to the red hue at the back. The smartphone is also available in gold and black colour, but as far as we’re concerned, the latter seem dull in the comparison to the bright red shade. The brand has also bundled a silicon cover to safeguard the smartphone.

One of the biggest highlights of the Infinix Zero 5 is its dual cameras at the back. The setup features a 12-megapixel primary Sony IMX386 sensor, coupled with a 13MP telephoto sensor from Samsung, giving you optical zoom-like functionality (up to 2x) along with a portrait mode. To shoot in low light, the primary camera gets help from a dual-tone LED flash. For selfies, the smartphone sports a 16MP f/2.0 camera at the front, and it also comes with an LED flash. 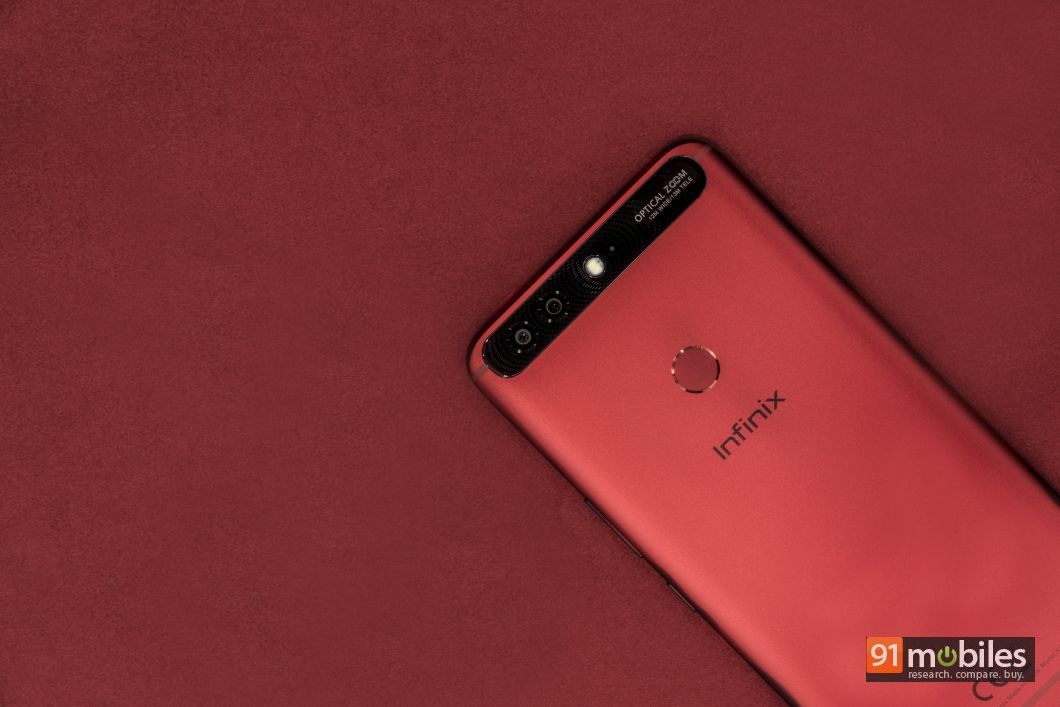 The camera app on the Zero 5 is chock-a-block with options. Firing it up displays the shutter button, gallery link and a toggle for the front camera at the bottom if you’re holding the handset vertically. Above it, you’ll find the ability to click portraits, tweak settings like ISO and shutter speed with the Professional mode, record videos and access more modes like Night and Time lapse. Up top, the interface lets you enable the HDR mode, flash, various effects and access the settings menu. 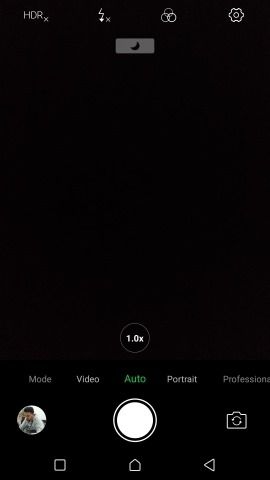 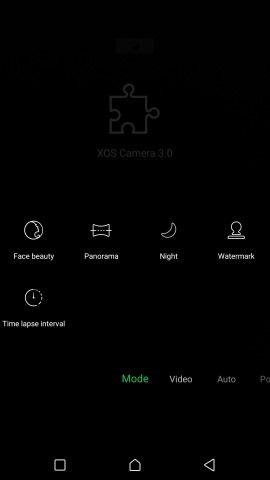 Talking about the quality, the Infinix Zero 5 cameras manage to impress for the most part. The landscape and close-up shots are full of details and colours also pop out well. The HDR mode is slightly slow, but is quite effective in ensuring better contrast and sharpness. The optical zoom is quite handy and we found ourselves using it whenever we wanted to get a better view of something without the need of moving closer. The portrait mode also works well, and while it might not be the best, the results don’t seem artificial. The subject in the foreground comes in the frame nicely with the rest being blurred, though at times, there’s a bit of softening around the edges of the subject as the software is unable to define the outline clearly. You can also adjust the amount of blur in post-processing by adjusting the aperture between f/0.8 to f/11. As much as the camera impresses in ample lighting conditions, dim settings are another matter altogether. While low-light images aren’t bad, there is noticeable noise.

Coming to the front camera, the Zero 5 will meet the needs of selfie addicts across all situations. Interestingly enough, it also comes with a portrait mode, which works digitally. It’s mostly a hit and miss affair, but comes in handy to ensure that you stand out from the rest.  Well, now it’s time to take a peek at the camera prowess of the Infinix Zero 5, so we’ll leave you with a few camera samples.

Powering the Infinix Zero 5 is MediaTek’s Helio P25 processor, which is an octa-core chip running at 2.6GHz. Paired with 6GB of RAM, the device is able to handle everything thrown at it without any trace of lag. Day-to-day performance is a breeze, and even with multiple apps open, the device usually has around 3GB of spare RAM capacity. The experience continues with gaming as well, as graphics-intensive titles such as Leo’s Fortune run smoothly. That said, the MTK SoC isn’t known for its graphics rendering and that’s reflected in the games like Asphalt 8, as there are a few frame drops. Although the best part is that the phone doesn’t heat up even after long gaming sessions. 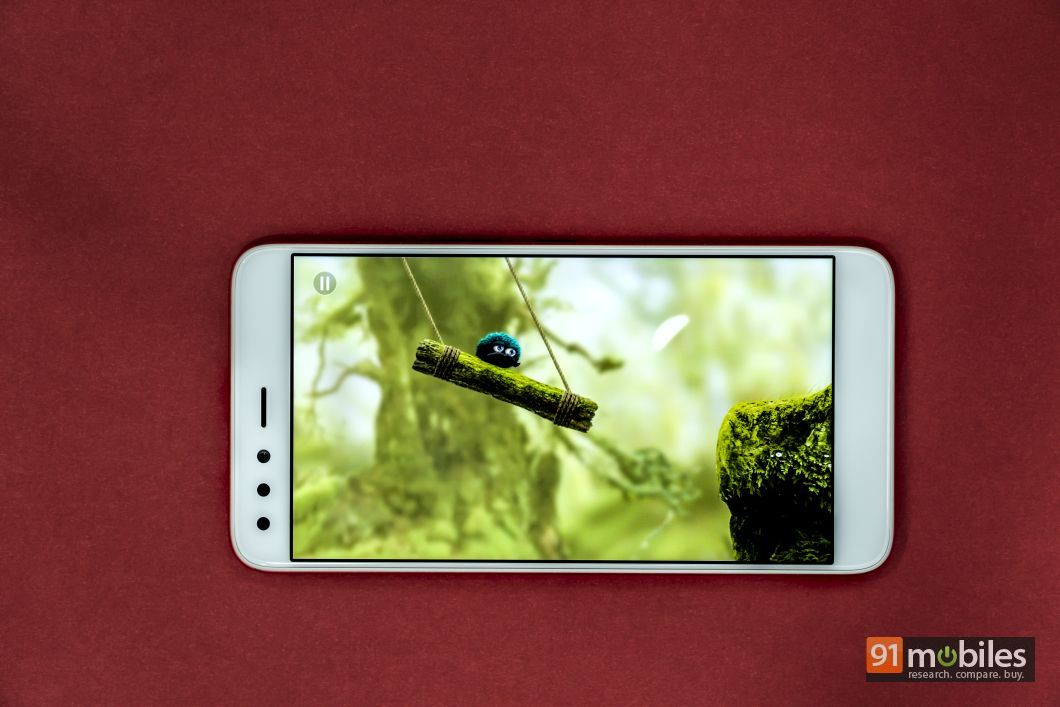 On the storage front, the Zero 5 ships with 64GB of memory. There’s also a 128GB variant of the phone dubbed Zero 5 pro. The storage on both the devices can be expanded further up to 128GB with the use of microSD cards – thanks to a dedicated slot. This means you can use it with two SIM cards (strangely enough, it accepts micro-SIMs), without compromising on storage expansion. Along with 4G VoLTE, the smartphone offers usual connectivity options such as Bluetooth, Wi-Fi and GPS. 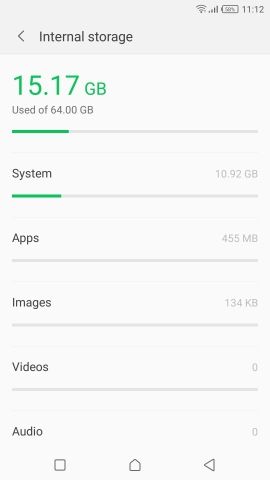 The Infinix Zero 5 comes with Android Nougat topped up with the company’s proprietary skin referred to as XOS 3.0. The interface is heavily skinned over Google’s OS and brings quite a few features along with a number of preloaded apps. Sadly however, it seems to be poorly optimised as we ran into app crashes every once a while. It’s also slight confusing – while the interface has an app drawer that appears by swiping up, it also follows the unified homescreen layout. This means that all the apps are placed on the homescreen as well, and there’s no way to remove them. The preinstalled titles come from Infinix itself and include a one-stop Phone Manager, Security, etc. 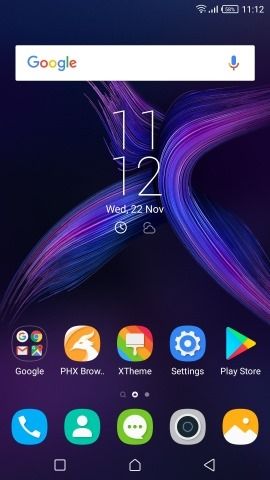 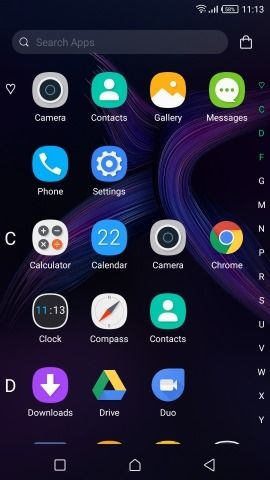 Powering the show is a beefy 4,350mAh battery, which makes the Infinix Zero 5 an ideal smartphone for multimedia lovers. It can easily last more than a day even with heavy usage of 4G, GPS for navigation, watching videos and a few calls. Charged at 100 percent at 8 am, it won’t require a charge before the next morning – which is quite good. We usually got a screen-on time of more than five hours, which is stupendous. You can also extend it further by enabling different battery-enhancing modes. Thanks to xCharge, the phone can be juiced up quickly with the bundled 18W adapter. It takes a little more than two hours to fill up the battery fully from 10 percent charge. 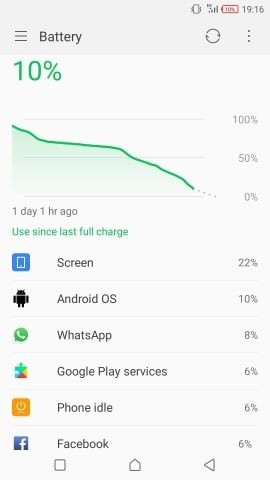 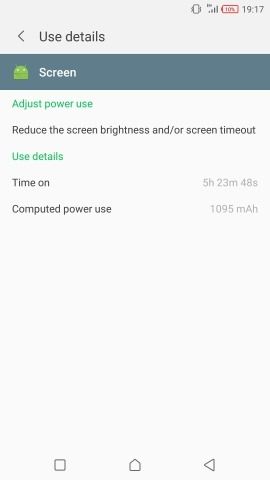 As we stated earlier, Infinix has gone all out with the Zero 5 – and that starts from its outards and continues to its innards as well. It’s a powerful phablet with an attractive and solid design, impressive hardware, stunning cameras, and all backed by a battery that won’t give up during the middle of the day. Perhaps the only thing missing would be the fact that the company didn’t join the bezel-less bandwagon, and that’s where competitors like the Honor 9i and OPPO F5 (review) have an edge. While the Zero 5’s battery life trumps the competition, the unrefined software takes away some of the positives. For those looking for a large-screen smartphone, there’s also the Xiaomi Mi Max 2 (review), but it’s cameras aren’t as versatile as the Zero 5. 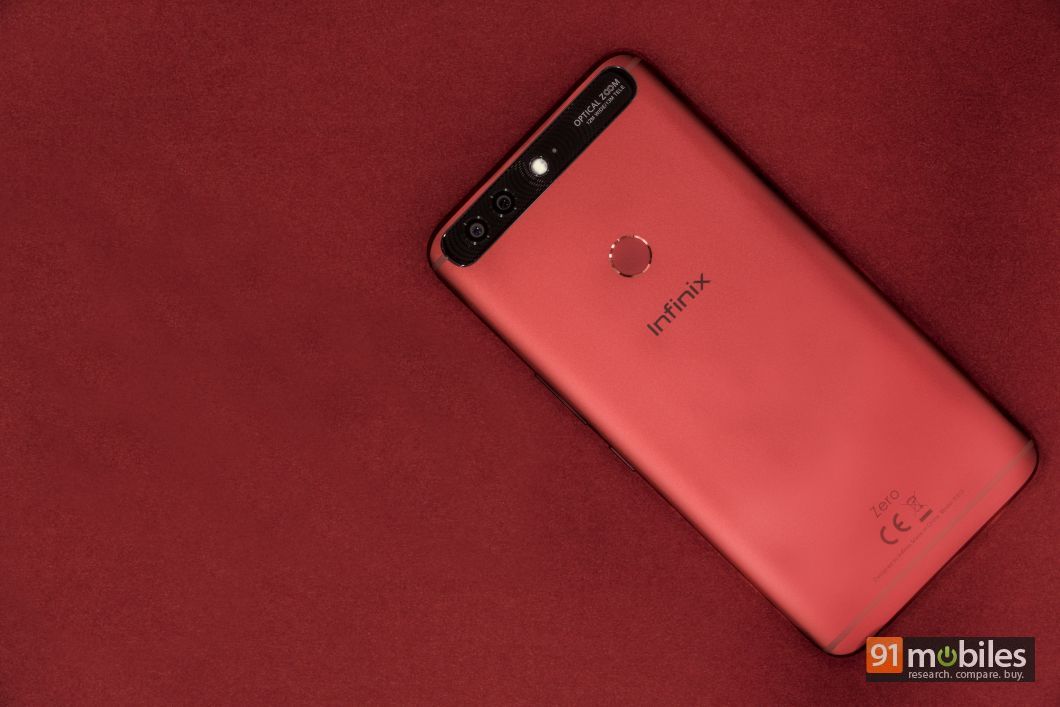 Simply put, the Infinix Zero 5 may not be the only option, but is still a worthy smartphone to buy under Rs 20,000.