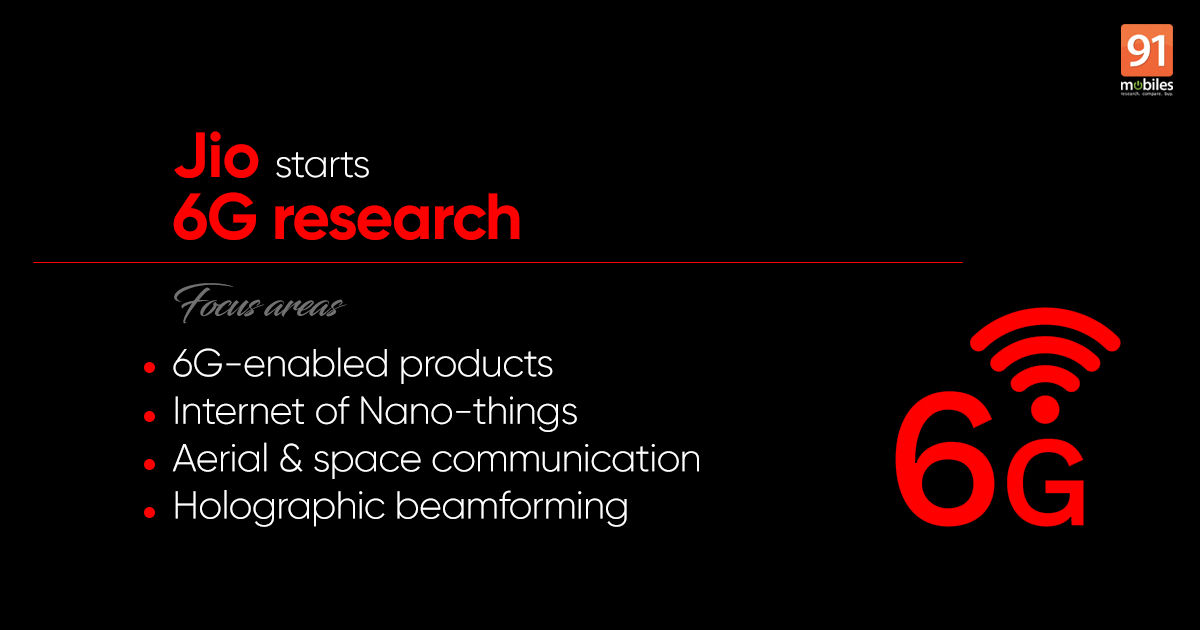 While Jio is yet to launch 5G services in India, its subsidiary in Estonia has already started working on 6G. Jio Estonia has announced that it will be working with the University of Oulu to explore the next-gen 6G network that will enable future wireless end-to-end solutions for a wide range of user requirements. The company hasn’t revealed its plans going forward, but it mentioned that “the collaboration will foster entrepreneurship, with a pool of expertise from both industry and academia, in Aerial and Space communication, Holographic Beamforming, 3D Connected Intelligence in Cybersecurity, Microelectronics, and Photonics.”

6G network will offer up to 100 times faster speeds than 5G, meaning theoretical downlink speeds as high as 1,000Gbps for seamless data transmission.

The Jio and University of Oulu collaborative effort will also aid in developing 6G-enabled products in consumer goods, automotive, and white goods space. It will also create novel personal smart device environments as well as experiences such as urban computing and autonomous traffic settings. Other key areas impacted by the Jio 6G research will include industrial machinery, defense, and efficient manufacturing.

6G launch in India promised by 2024, even though 5G is yet to arrive

Samsung confirms it has started research on 6G networks

Speaking of the technology itself, 6G is built on top of 5G and aims to bring cell-free MIMO, intelligent surfaces, and higher capacities through Terahertz frequencies along with faster speed and better connectivity. The network will co-exist with 5G and cover a broad range of consumer and enterprise use cases.

“6G promises to build upon 5G capabilities to deeply integrate technology as a digital twin in our daily lives. Cutting-edge areas such as the internet of nano-things and pervasive AI have tremendous business potential. Early investments in 6G research and capabilities with the University of Oulu can complement Jio Lab’s capabilities in 5G and bring 6G to life,” says Aayush Bhatnagar, Senior Vice President of Jio Platforms.

There is not enough data to prove, but it’s believed that 6G speed will be 100 times faster than 5G. Samsung has envisioned a speed of up to 1,000Gbps for this next-gen network whose research and development has already begun in countries like China and Germany. The chaebol has commenced research on the sixth-generation telecommunications networks, so did OPPO, which has claimed that the network will reshape the way people interact with AI. The 6G white paper released by OPPO last year stated that 6G will allow AI to become a truly public-serving technology that can be used by everyone. It further added that the smart devices will offer new immersive experiences with the help of 6G.

While the 6G launch isn’t expected at least until 2025, India is confident to indigenously develop and deploy 6G technology by the end of 2023 or 2024. Minister of Communication Ashwini Vaishnaw has said that the “6G development has already started.”

Best gaming books worth reading in 2022: Masters of Doom, Blood, Sweat, and Pixels, The Games That Werenâ€™t, and more