After a bit of a lull for the past year, year and a half, Indian smartphone maker Lava has finally woken up to reality of Chinese brands like Xiaomi, OPPO, vivo, Lenovo, and the likes running away with all the market share. Thankfully, Lava has a plan now. One that involves two smartphones: the Lava Z25 and Z10.

The more premium of the two is the Lava Z25 and at Rs 16,990, it goes up against some stiff competition from the likes of the Moto G5 Plus (review), the Lenovo P2 (review), and the nubia Z11 miniS (review), and many more. We hope Lava can find its footing in this heavily crowded space. 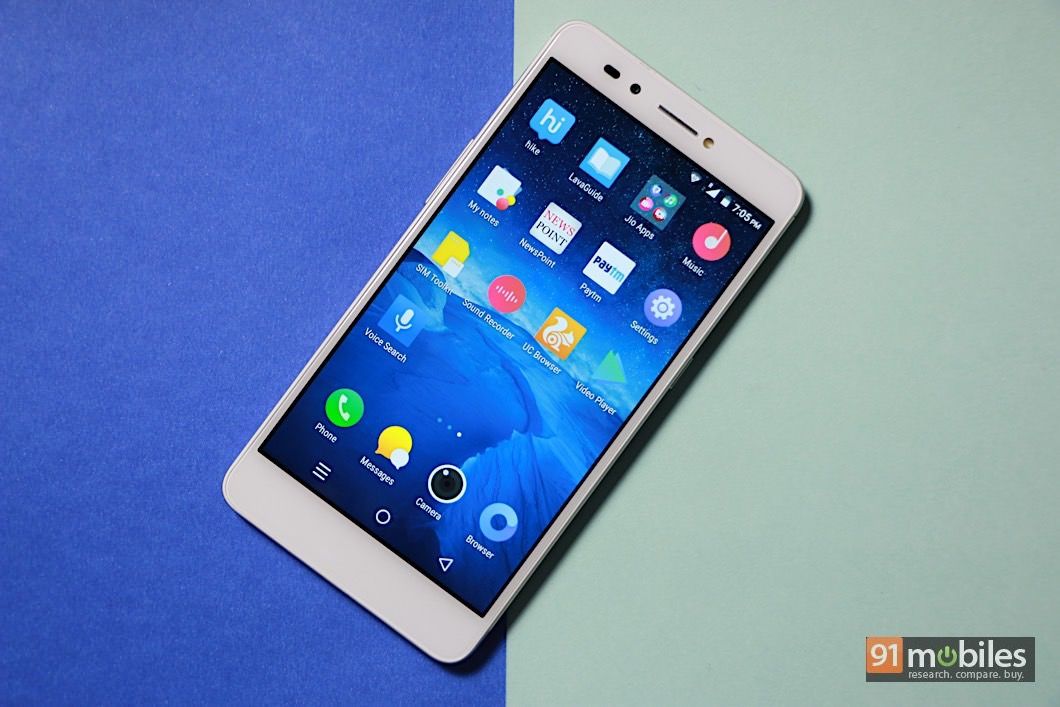 The Lava Z25 has an all metal chassis with a 2.5D curved glass front. By the way, 88.6 percent of the phone is metal, which has been hand-polished for the smooth metallic feel; all Lava’s words not mine. There’s more: Lava claims that it has used an “outside in” approach for the design of the phone, which means that industrial design got priority over mechanical design. In short, Lava designed the phone first and put the parts in later. Okay, so what does all this marketing content mean for the end user? Well, sasquatch. 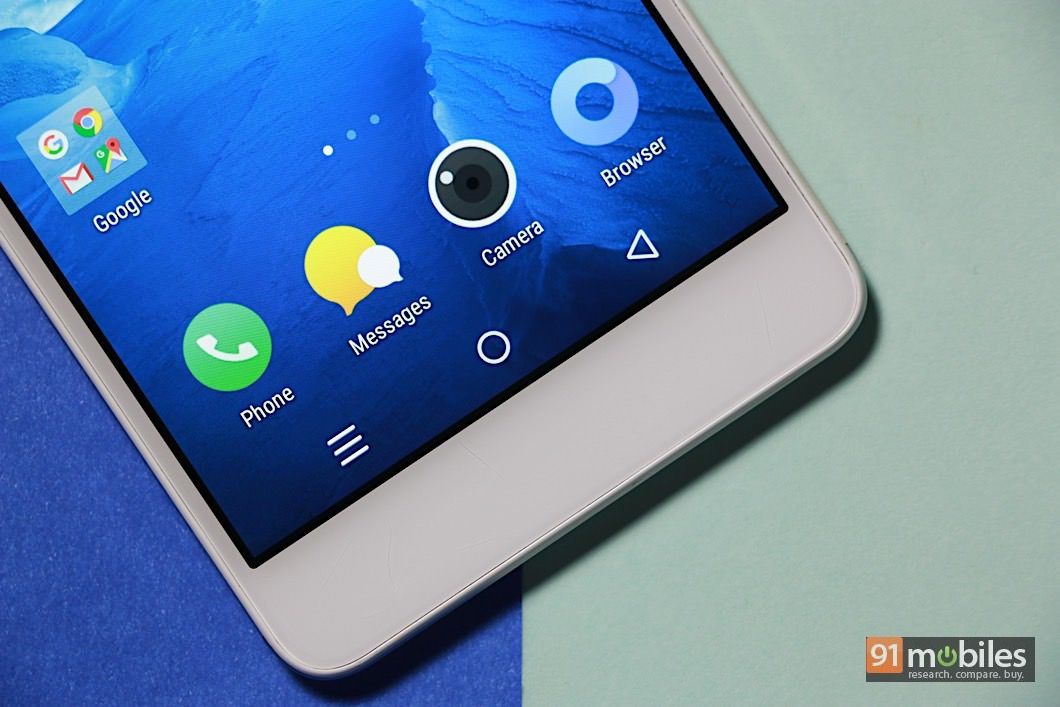 On the face of it, the Z25 is a nondescript looking phone. All the symmetry in design and precision-cut metal fades into obscurity once you realise that most phones in this price range look similar. There is nothing that really stands out. That said, the Z25 is not really a bad looking phone. If anything, the phone is quite premium looking for its price and I think it will find a lot of takers. Although, I still don’t understand why that space below the display exists if there are no capacitive buttons there. The navigation buttons are available on the screen, by the way. The empty space feels like a missed opportunity for Lava. Furthermore, while Lava thinks that 2mm bezels around the display are narrow, let’s be real here – the bezels are anything but narrow. It is further accentuated by the fact that the front is mostly white and white tends to make things look bigger.

The tactile feedback of the power button (right edge) and the volume rocker (left edge) is pretty decent. There is a slight camera hump on the rear, which is most fine and the fingerprint scanner is aligned in symmetry right below it. This scanner is the fastest fingerprint scanner I have used on a smartphone under Rs 20,000 yet. While oddly specific, it is still saying a lot about what Lava has manage to achieve here actually.

There is a 5.5-inch IPS LCD panel with an output resolution of 720 x 1,280 pixels. This translates to a pixel density of 267ppi. Lava also claims that the display can go up to a brightness of 500 nits. Well, it does go really bright and as a result improves the sunlight legibility as well. Although, an HD display in this price range feels like a letdown and I would have ideally liked a crisper display. For anyone buying the phone Lava does throw a bone in the form of a one-time free screen replacement, which might excite some buyers.

The phone runs Lava’s homegrown Star OS skin based on Android 6.0 Marshmallow operating system. An upgrade to Android Nougat has been promised but we are in 2017 and it’s frustrating that brands are still stuck on Marshmallow for their smartphones.

The skin doesn’t give you an app drawer and all the apps are lined up on the home screen. There are a plethora of third-party apps, including all the Jio apps, and quite a few of these cannot be uninstalled, which is a major bummer. Apart from the apps, you get the option to set use gestures to open apps from the lock screen itself; nothing novel really. In all, the software on the Z25 is a bare basics affair with no particular feature worth highlighting. 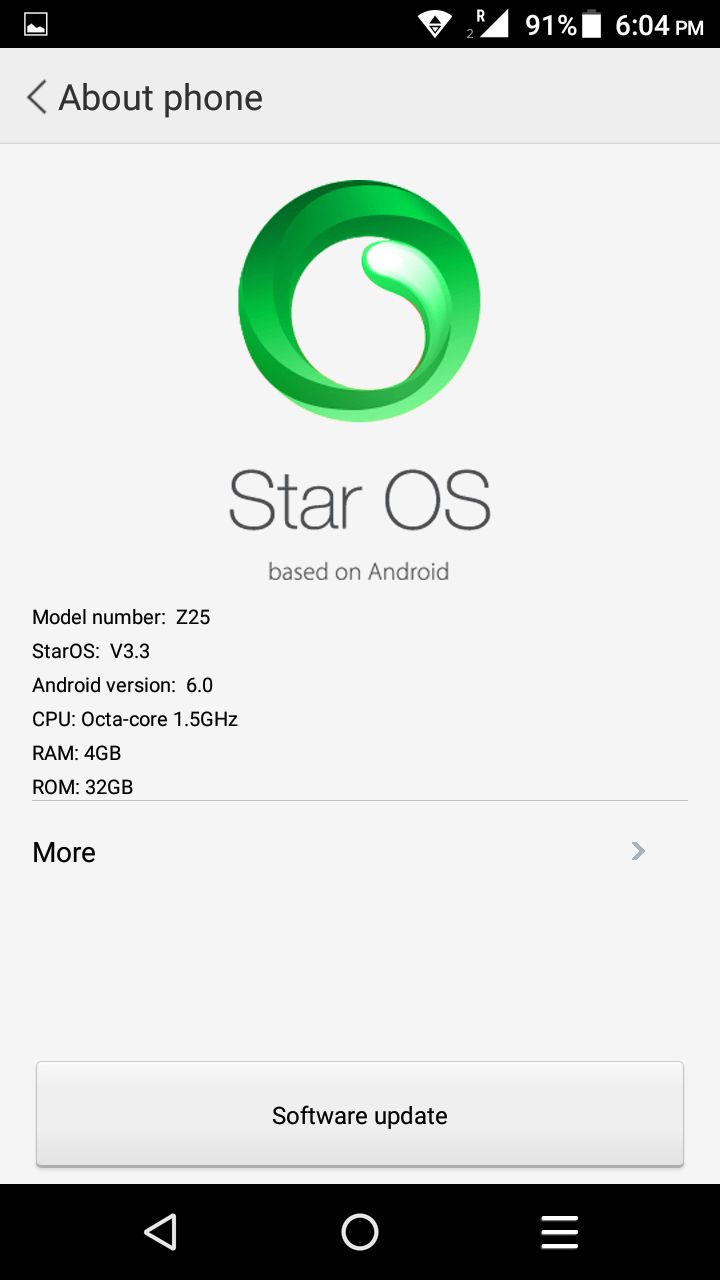 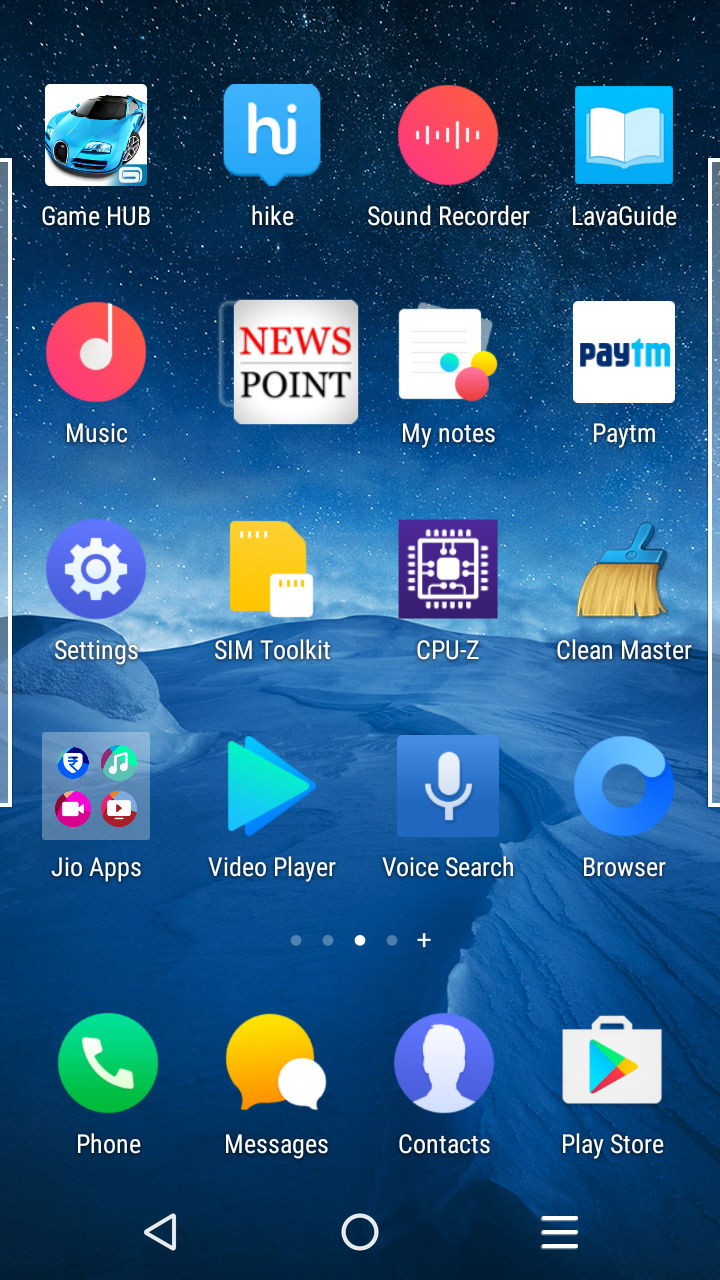 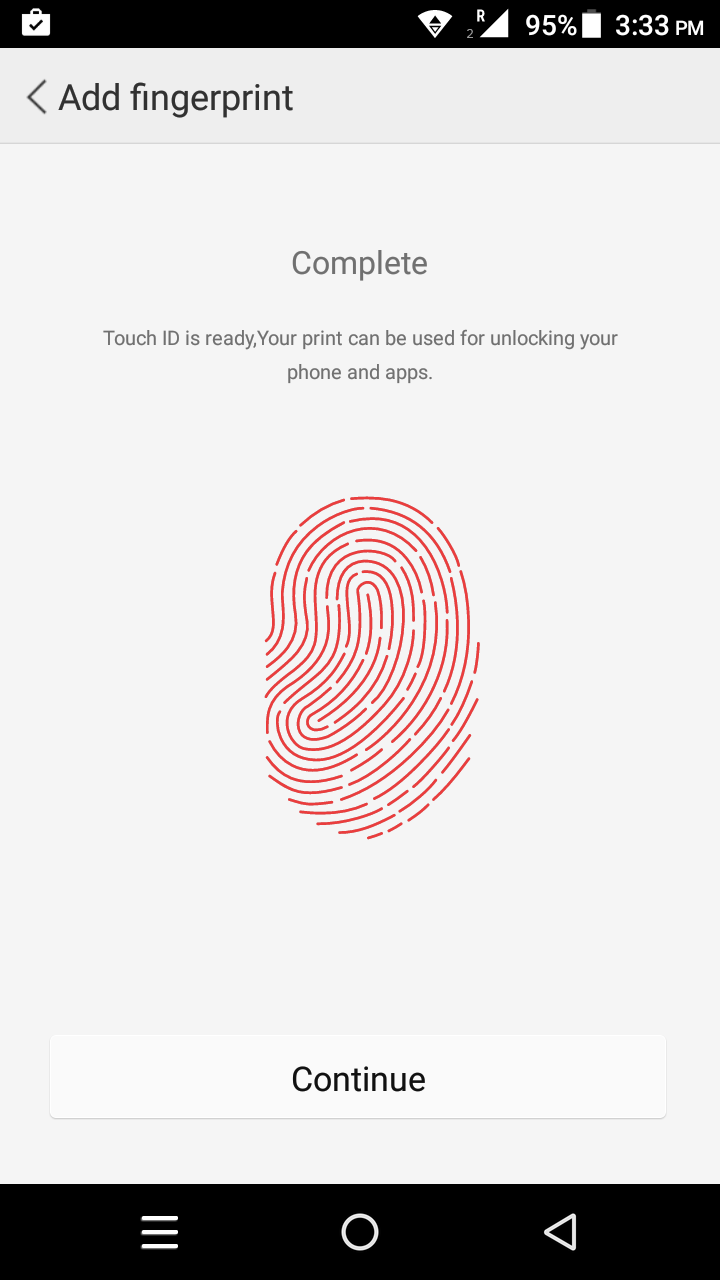 At a special briefing, Lava made a major hue and cry about the Z25’s 13MP rear camera and 8MP front camera. For most part, I must say that it delivers, especially in good lighting conditions. 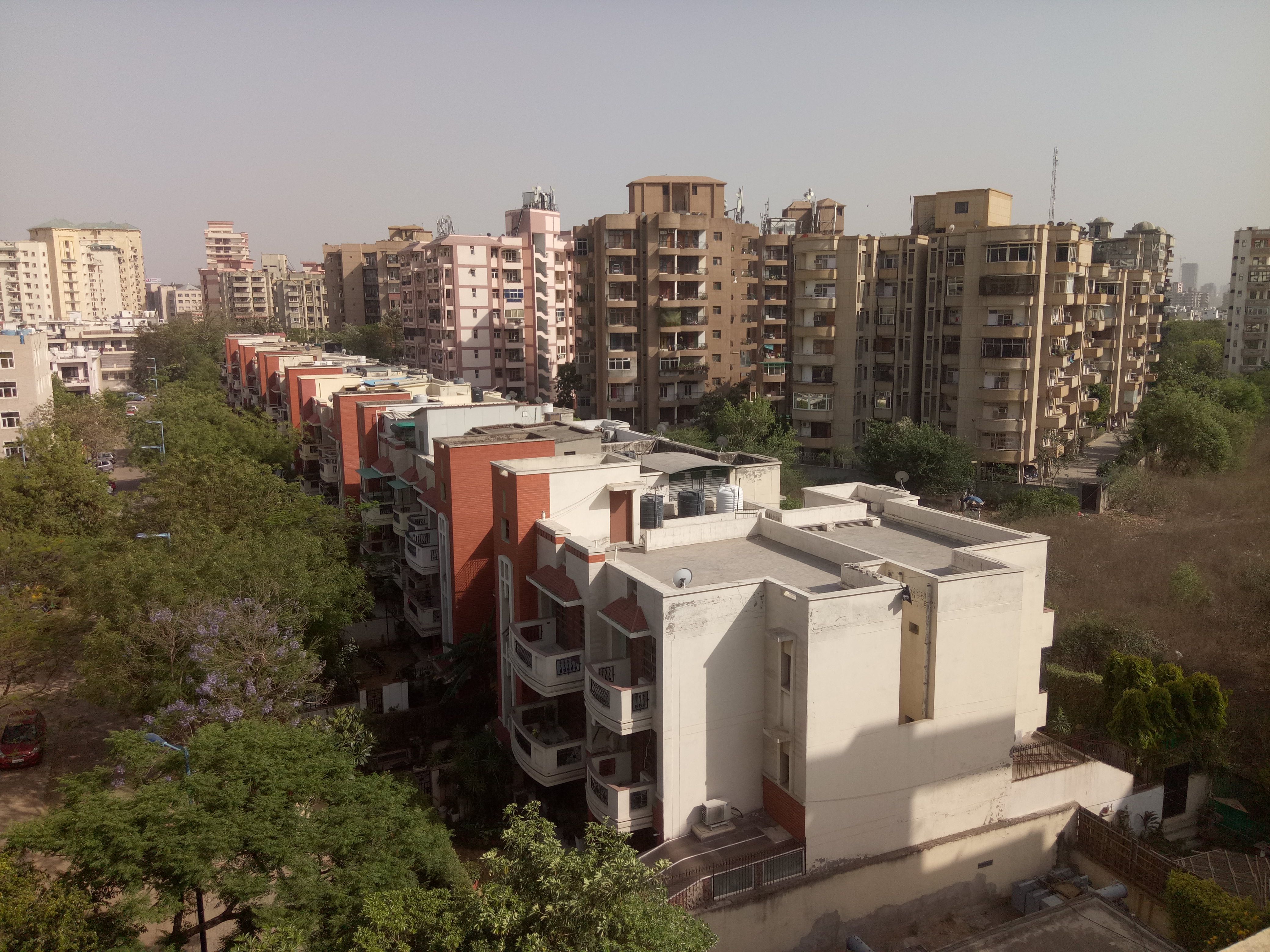 In daylight shots, the Z25s rear camera does a decent job of capturing details and accurately saturated colours. Unfortunately, it struggles with dynamic range, and some lens distortion around the edges. In low light, my samples were unfortunately riddled with too much noise and softness despite the fact it lets in a decent amount of light. The front camera struggles with focussing but when it does manage to focus the final image looks slightly soft. However, what I like about the selfies is that you get extremely accurate skin tones. The phone can also capture 1080p video but the quality is average at best.

The camera app also offers a dedicated bokeh mode which uses some software trickery to create a defocus in the background. However, during my testing I noticed that the camera app struggled (most of the time) to do a good job with the defocussing.

Before I share my thoughts on the performance of the Lava Z25, let’s take a look at the specs. The phone comes with MediaTek MT6750 oct-core SoC which is a 64-bit CPU. It also comes with Mali T860 GPU and 4GB of RAM in tow. It is not a very powerful processor, but for daily usage it gets the job done. However, the gaming performance is performance is pretty decent. I played Riptide GP2 and Asphalt 8 without any stutter or lags. 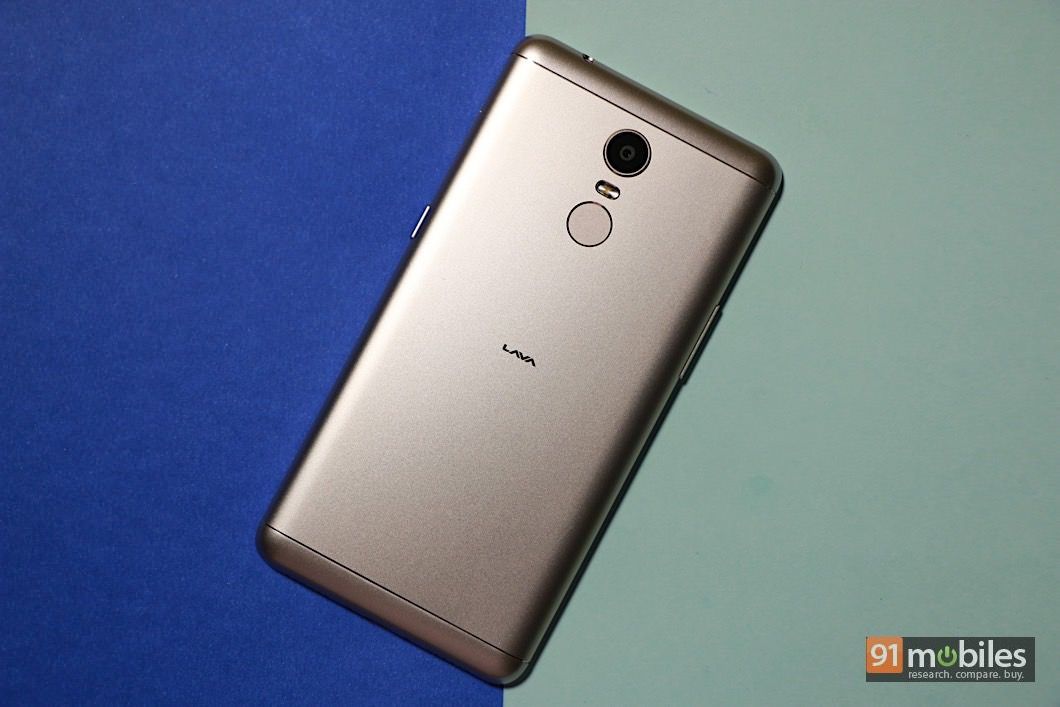 Coming to the multimedia performance, the Z25 is adequately powerful for watching videos but the loudspeaker quality is not too great. Sound quality through earphones is good, though. In our standard battery test, the 3,020mAh battery inside the phone lasted 12 hours and 11 minutes, which is not bad at all. In fact, my personal experience with the battery in daily usage was not bad either. It easily lasted me a day’s worth of moderate to heavy usage. The call quality is pretty good too and I have nothing to complain about really.

The Lava Z25 has a decent display, a fairly inoffensive design, a good camera for daylight shots, a superbly accurate fingerprint scanner, and decent gaming performance. 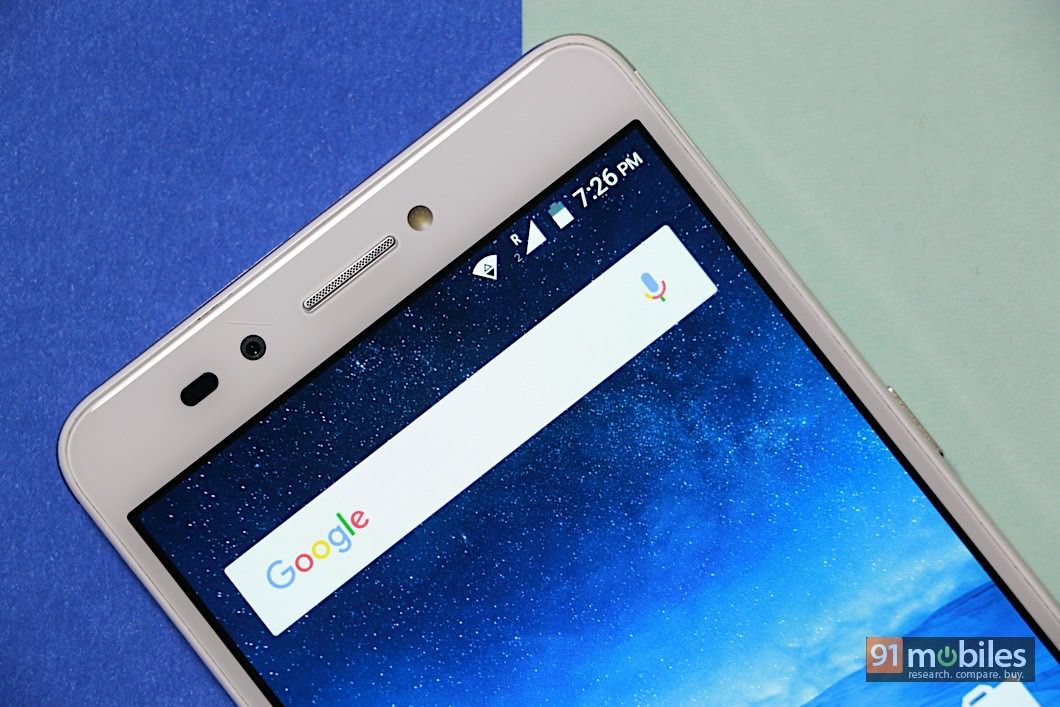 Additionally, the major advantage is that Lava should be able to push some units through brick-and-mortar retail stores, thanks to its plan of strengthening its offline presence. But, you can get much better phones like the Moto G5 Plus, the Lenovo P2, the Redmi Note 4 (review), Honor 6x (review), Coolpad Cool 1 Dual (review), and the nubia Z11 miniS online. Moreover, there are newer players entering the offline space. Case in point, the newly launched Tecno i7 smartphone.

But, here’s the deal – while the Lava Z25 is decent phone overall, it is not really enough anymore to stand out in a space where there are some really great phones. The competition is tough…like competitive exam – IIT-JEE / CAT – tough.

Therefore, I understand that Lava has its heart in the right place, but the Z25 can easily get lost in the crowd unless the brand does some aggressive marketing. As far as buying this phone is concerned, you can give this one a miss. Unless – for some weird reason – you have a thing for super fast fingerprint scanners.