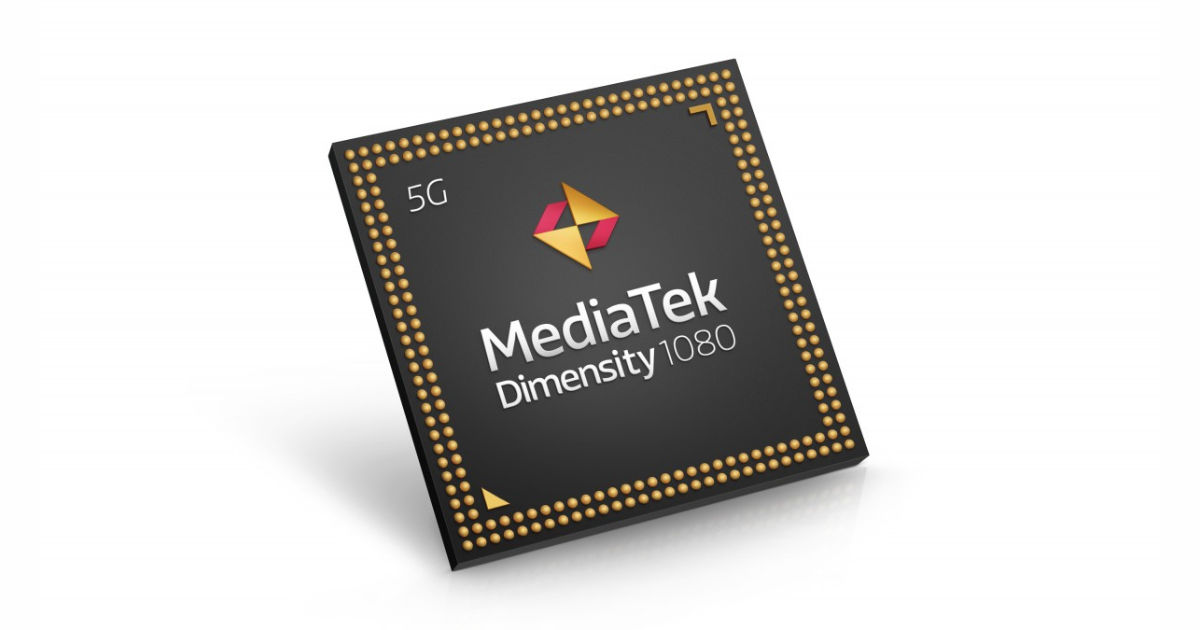 MediaTek has unveiled a new go-to Dimensity chipset for affordable smartphones, the Dimensity 1080. It comes as a predecessor to the company’s Dimensity 920, which released last year, pumping mid-range smartphones like Xiaomi 11i Hypercharge and Realme 9 Pro+. MediaTek plans to power phones across the segments – from budget to full-fledged flagships – and is in no mood to stop anytime soon.

Besides that 100MHz core buff, the 1080’s specifications are almost identical to the Dimensity 980. However, the company has completely revamped the camera configuration on its latest Dimensity chipset. It can handle image processing from up to 200MP sensor with the Imagiq ISP (up from 108MP), a growing trend on flagship phones nowadays.

Its ISP (Image Signal Processor) allows it to push hardware-accelerated HDR video up to 4K resolution, quad-camera setup, HDR10+ support, and of course, up to 200MP image capture with zero shutter lag.

The company says MediaTek Dimensity 1080-powered smartphones will be available in Q4 of 2022. In the coming months, you can expect to witness the newest MediTek silicon on upcoming affordable handsets from smartphone manufacturers like Realme, Xiaomi, etc.