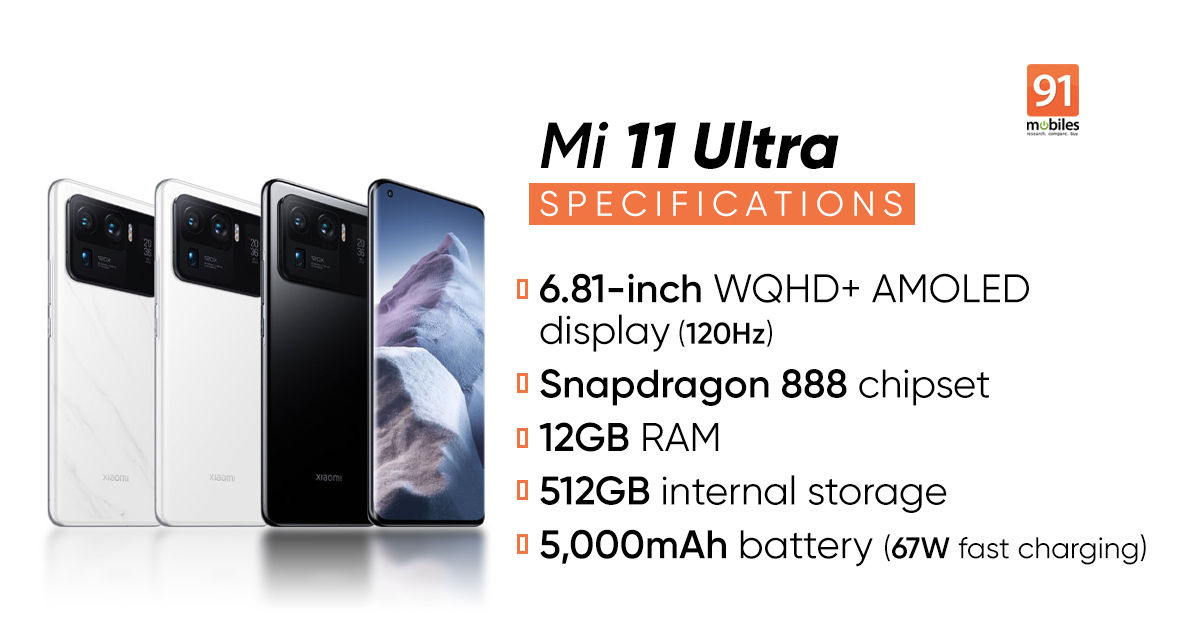 The Xiaomi Mi 11 Ultra and the Mi 11X/11X Pro smartphones are launching very soon in India. These are the latest flagship devices from Xiaomi and they will be powered by the Snapdragon 888 SoC and the Snapdragon 870 chipsets. The Mi 11X and Mi 11X Pro are basically rebranded Redmi K40 and Redmi K40 Pro+, which are already available in global markets. We know all the details about these phones, and today a new leak has surfaced that gives us some insights into their storage configurations. The only thing that still remains a mystery, is the pricing.

Thanks to tipster Mukul Sharma, we have some details regarding the RAM+storage options for the Mi 11 Ultra and Mi 11X series that’ll be sold in India. According to the leaked information, the Mi 11X and the Mi 11X Pro will be available in 8GB+128GB and 8GB+256GB options. The more powerful Mi 11 Ultra will be offered in a single variant with 12GB RAM and 256GB storage. We expect the Ultra to have top-of-the-line UFS 3.1 flash storage.

The Redmi K40 Pro+, which is said to be the Mi 11X Pro, gets 12GB RAM and up to 512GB storage in China, but it looks like we won’t be getting that configuration. Even the Mi 11 Ultra gets a similar configuration option. We will have to wait till April 23rd to know if these leaks are true.

Since the Mi 11X is supposedly a rebranded Redmi K40, it’ll have a Snapdragon 870 chipset, a 6.7-inch FHD+ 120Hz display, a triple rear camera setup, and a 4,520mAh battery. On the other hand, the Mi 11X Pro and the Mi 11 Ultra will be powered by the Snapdragon 888 processor. The Ultra will get a 6.81-inch 120Hz WQHD+ display, a massive camera module with three sensors, and a secondary display from the Mi Band 5.