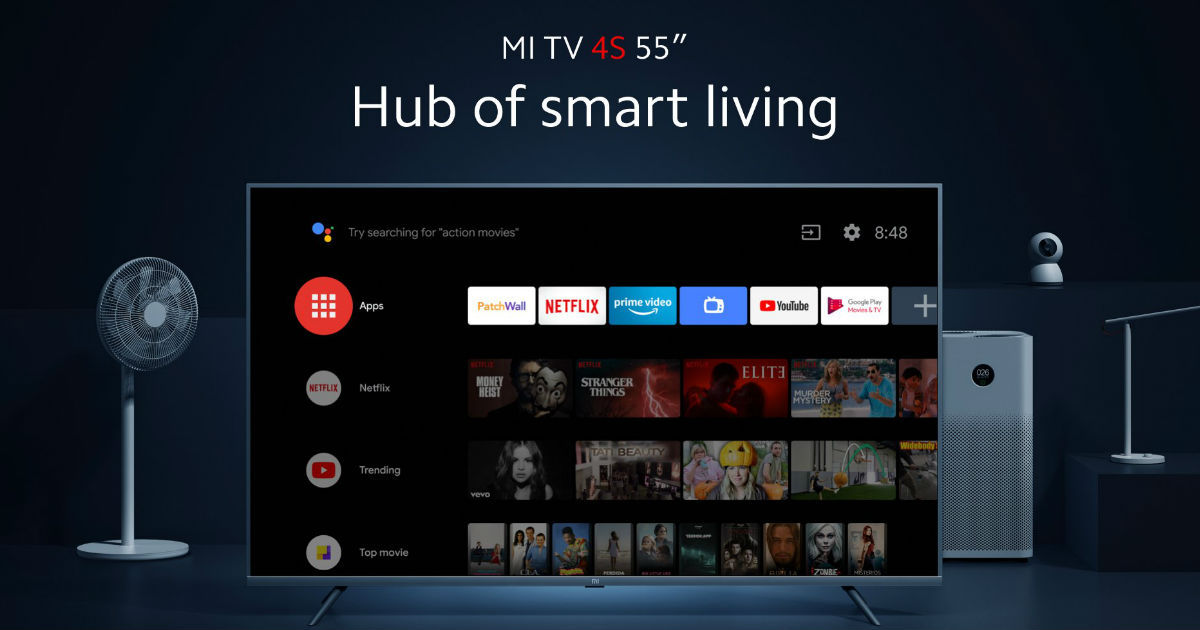 Xiaomi has added a couple of new smart TVs to its Mi TV 4S series in Europe. The TVs boast the same “flagship” specs but come in two sizes 43-inch and 55-inch. They are the premium category smart TV from the brand that flaunts a metal frame with slim bezels and 4K HDR panel. The new 55-inch Mi TV 4S ships with a MediaTek’s 64-bit 6886 quad-core processor. The Mi TV 4S runs Android 9 Pie OS out of the box, support 4K HDR content, voice remote control, and MEMC, which is said to be a video processing tech that cuts transition lag. Separately, the company has launched its affordable Mi TV 4A 32-inch, which has already been announced in India, in the country.

As for the specifications, the Mi TV 4S features dual 10W speakers, which is backed by Dolby and DTS HD audio formats. Xiaomi claims that the TV has a premium design and support for almost all the content providers, including Netflix, prime video, YouTube, among others. The Mi TV 4S comes pre-loaded with Android 9 Pie, with Google Play Store that allows you to download third-party games and apps.

The voice remote control accompanied by the smart TV has the Google Assistant button for all your voice-related searches. The TV has a built-in Chromecast that allows you to cast your smartphone wirelessly to the big screen. At its core lies, MediaTek’s latest chipset for TV MTK 6886 quad-core processor, paired with 2GB of RAM and 8GB storage onboard. As for the connectivity options, the Mi TV 4S gets 5G Wi-Fi, Bluetooth 4.2, ethernet, 3x HDMI ports, and 3x USB ports.