91mobiles.com
Home Reviews Micromax In 2b review: a safe choice in the budget segment 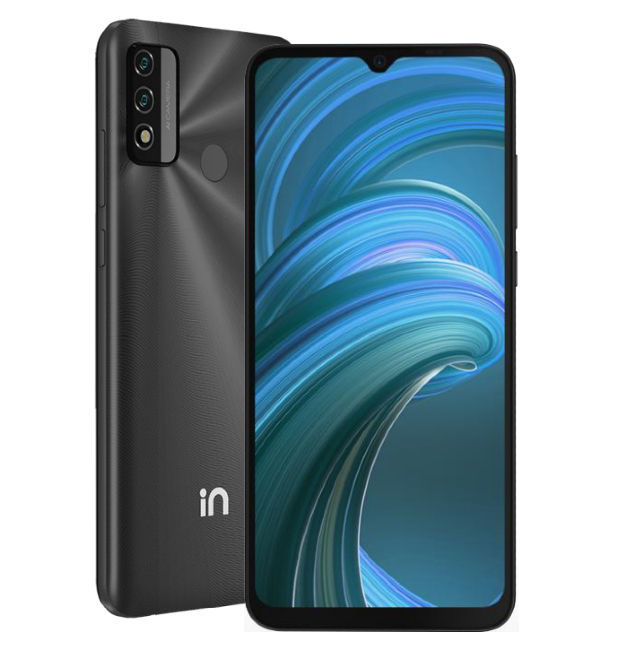 Indian smartphone maker Micromax has made a comeback of sorts with its new In series of devices in an attempt to establish somewhat of a foothold in the market. Riding on the popularity of the entry-level In 1b, Micromax has now announced a successor to the device in the form of the In 2b. Priced starting Rs 7,999, is the In 2B better than the Xiaomis and Realmes in the under Rs 10,000 segment? Read on to find out in this review. 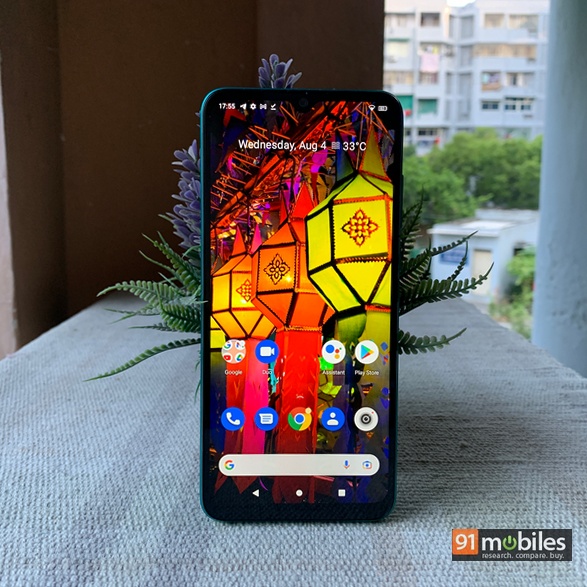 The Micromax In 2b offers a clean stock Android experience and a big battery to go along with it. It does need some improvements in night photography, better speakers and a brighter screen, which would make the In 2b one of the top recommendations in its class. That said, it delivers on the basics, and for that, deserves a closer look. 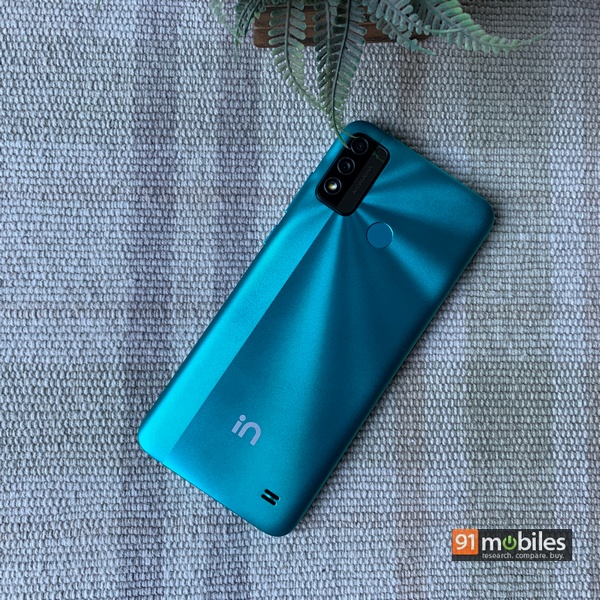 For a budget device, the In 2b certainly has a svelte look to it with a smooth gradient and matte finish on the back. I have seen a very similar look on the Redmi 9 Power which does seem to resemble the In 2b’s design aesthetic. The plastic unibody chassis of the In 2b is resistant to smudges and fingerprints though it gets scratched quite easily. Thankfully, Micromax has bundled in a clear silicone case with the box to prevent any mishap. The cameras are placed in a rectangular housing that has a slight protrusion alongside which the fingerprint sensor is placed. The construction of the entire setup is firm and rigid, and there’s no flex on the body even if pressure is applied. The 3.5mm headphone jack is placed slightly off-centre at the bottom, as compared to the USB C port, while the single speaker is placed slightly above the bottom edge. With a relatively light in-hand feel, the Micromax In 2b is pretty good overall in the design department considering its price point. 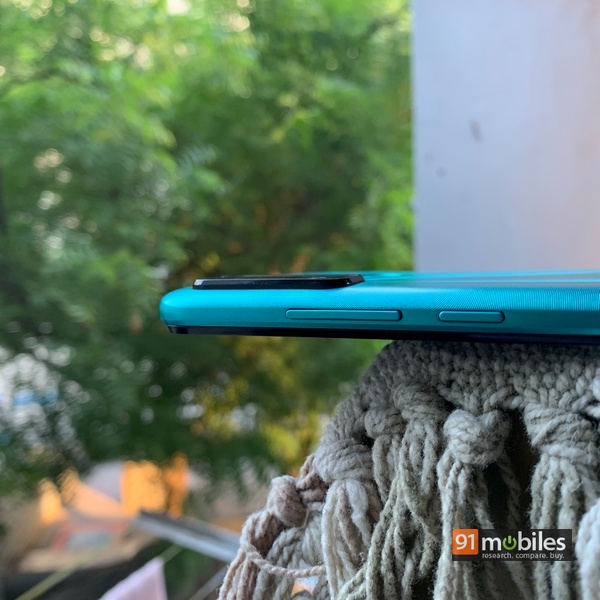 The display uses a 6.5-inch IPS LCD panel with an HD+ resolution and 60Hz refresh rate. The In 2b’s viewing experience is more or less consistent with budget smartphones in terms of colour vibrancy and white balance. The customisability options available include the ability to fine-tune the contrast levels and selecting your prefered colour profile. The LCD panel doesn’t offer the best viewing angles, which is understandable, and I found the screen to be adequate for my needs. That said, the peak brightness of 400nits is slightly on the lower side which makes it hard to use the phone under bright sunny conditions. There is no WideVine L1 certification which means OTT platform content can only be viewed in SD. 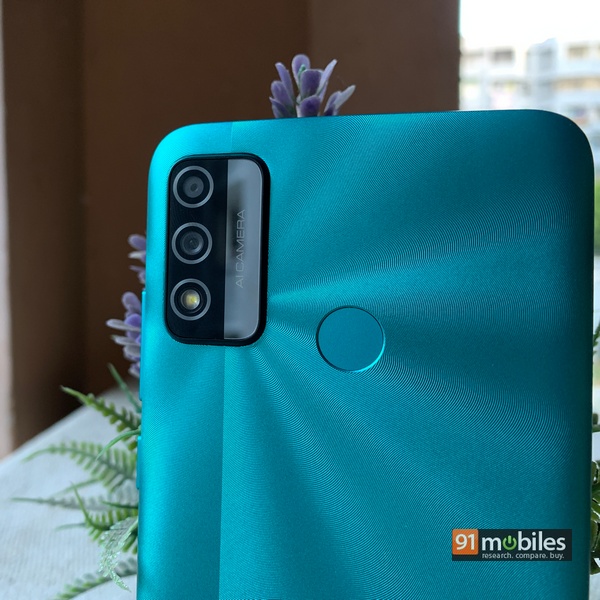 In terms of optics, the phone has a dual-camera 13MP primary camera supported by a secondary 2MP depth lens. Expectations must be kept in check with the In 2b as the sensors used are nothing spectacular compared to what you can find in the budget segment nowadays. Even so, the In 2b manages to click decent pictures in daylight while nighttime shots were not that great. The primary shooter takes a moment to properly focus when the subject is tapped on the viewfinder. The shots are usually colour rich but overly contrasty and the dynamic range is passable. Details are outlined well in good lighting conditions. Bokeh portrait shots are mostly fine but the background blur can be erratic around the subject’s outline. The low-light photos lack detail, and the sensor takes its own sweet time to focus. With the dedicated Night mode, some of the inconsistencies are remedied but the phone does need a lot of improvements in this department. Finally, there is a 5MP selfie camera with a rather poor hand at facial detailing and exposure handling. One of the biggest changes on the In 2b, from the last iteration, is the inclusion of the Unisoc T610 chipset, making it the only phone in the Indian market to run this new SoC. Over the previous MediaTek Helio G35, the T610 is said to offer significant performance bumps. It makes use of two Cortex A75 cores and six A55 cores much like some of the MediaTek silicone tunneling its way into entry-level phones. As far as benchmark numbers go, the In 2b manages decent scores of 156,508 on Antutu and 348 and 1,128 on Geekbench’s single-core and multi-core tests respectively. This is definitely an improvement over the 1b. Regular processor-intrinsic tasks are executed without trouble apart from the occasional lag here and there. There were some heating issues that become apparent when several Chrome tabs are kept open together, which can lead to more lag. GPU-intensive tasks like BGMI gaming is not recommended on the device as the experience is not enjoyable. Micromax offers 4GB RAM and 64GB of internal storage in the starting variant which is nice to see. 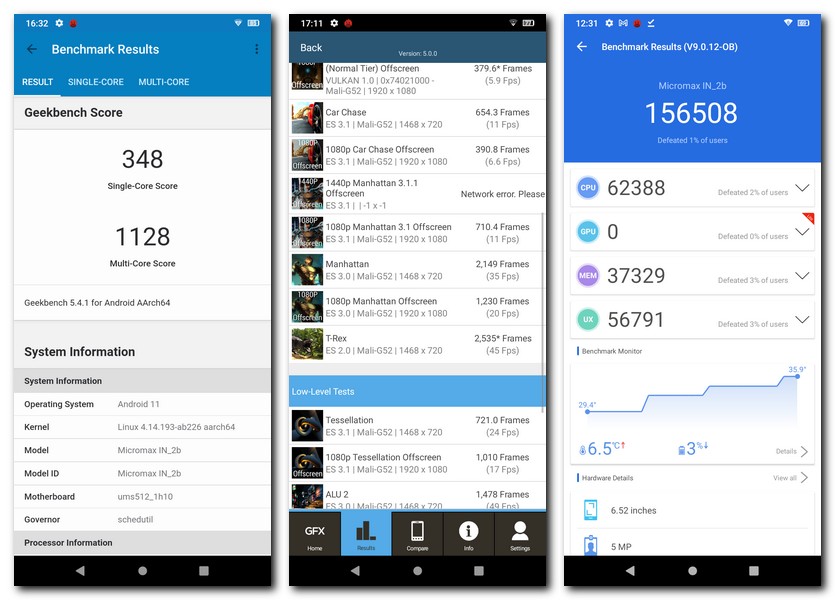 Micromax has used a light stock Android skin based on Android 11 on the In 2b which doesn’t burden the chipset. It basically boils down to ease of use for the consumer with no bloatware to handle and simple navigation throughout the interface. The fingerprint scanner is responsive enough on the phone but the single outward firing speaker is quite tinny and gets muffled easily by my hand. The call quality and 4G usage on Jio’s Noida network were saisfactory. The In 2b packs in a big 5,000mAh battery that can last for two days thanks to the relatively low processing requirements. It is paired with a rather slow 10W charger that takes approximately 150 minutes to completely charge the phone. 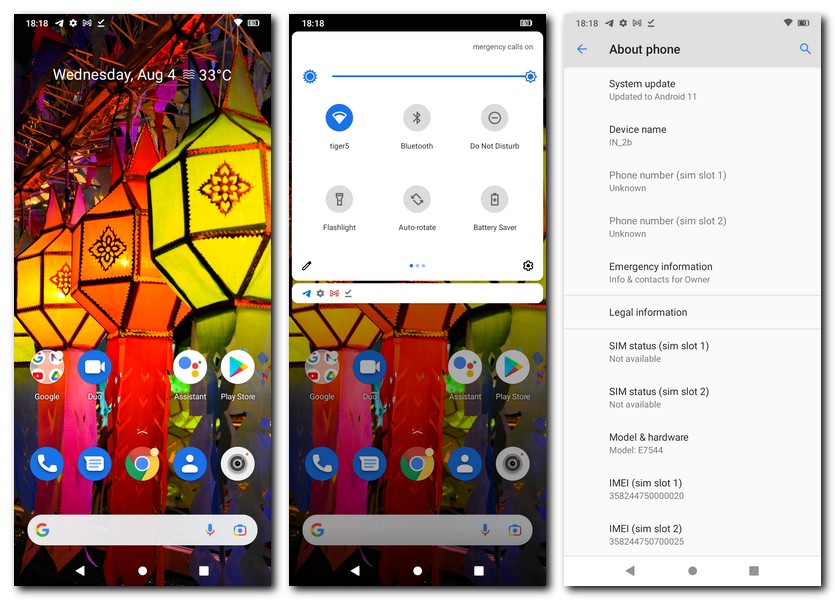 The Micromax In 2b is a safe bet as a budget choice, scoring in terms of software, display quality and battery life. It seems that most other brands aren’t as focused in this segment as they were earlier, and that bodes well for the Micromax In 2b. There is scope for improvement in aspects like performance under sustained loads, screen brightness along with night photography and selfies. Even so, Micromax’s second attempt at the under Rs 10,000 market delivers on the basics, and certainly deserves a closer look. 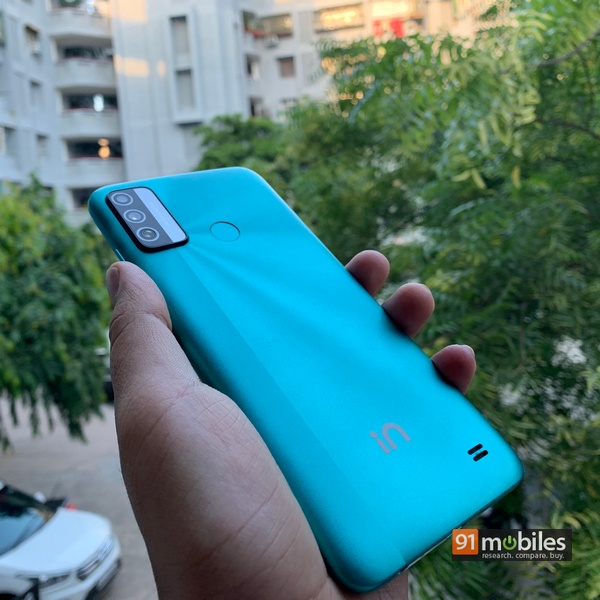