“The Canvas Infinity boasts a unique aspect ratio of 18:9, the likes of which we’ve seen on premium flagships”

Innovation is the bread and butter of the smartphone industry. Manufacturers must constantly innovate and bring out new products in the market with unique characteristics to thrive amongst the competition. 2016 was all about dual-camera smartphones and semi-modular designs, but the scenario has changed this year. LG started a trend this year with its G6 flagship (review), a phone which featured a distinctive screen aspect ratio of 18:9 or 2:1. Fast forward a few months and more manufacturers are trimming down the bezels and adopting this aspect ratio. The trend has even seeped down to the affordable segment with smartphones like the LG Q6 (first impressions) offering an incredible screen-to-body ratio at a bargain. Clearly, manufacturers are betting big on this design trait and the latest smartphone to feature the same is the recently launched Micromax Canvas Infinity (first impressions). But is it just a pretty face or does it score big in other areas too? I’ll be answering this question and more in this review. Stay with me. 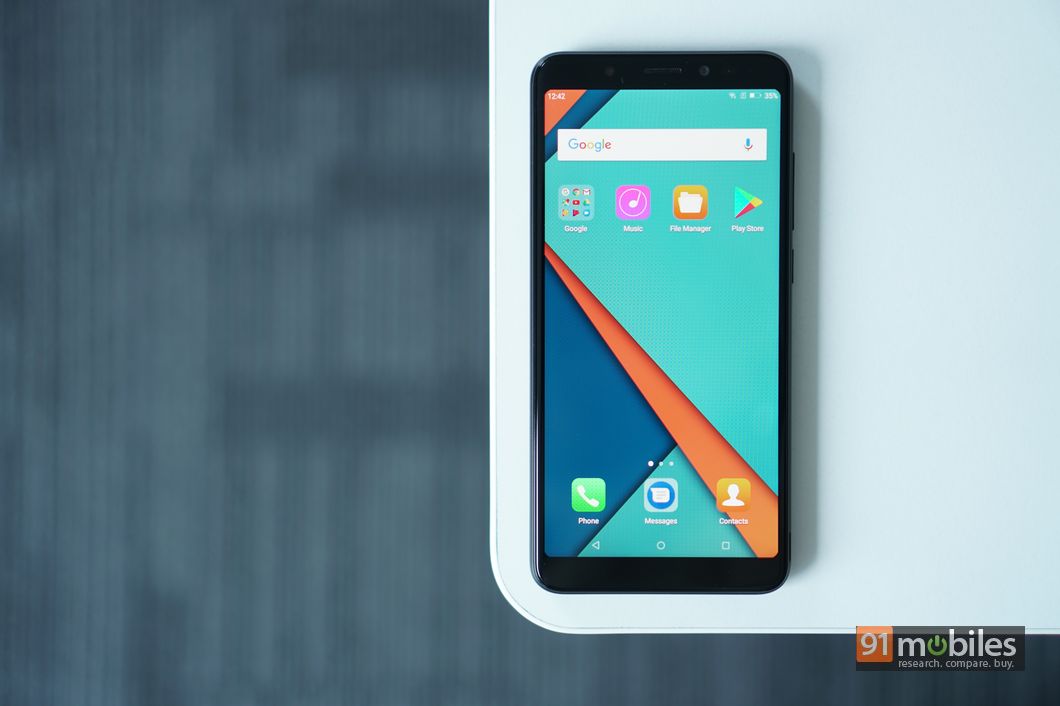 Smartphone launches these days are centered around a device’s USP, which in the case of Micromax Canvas Infinity is its display. Make no mistake, the smartphone isn’t bezel-less by any means, but it comes close with its 5.7-inch HD display which boasts an impressive screen-to-body ratio of 83 percent. What this means for you, the end user, is that you get a lot more screen without having to contend with an unwieldy device. Matter of fact, the Micromax Canvas Infinity, with its big display, is of the same size as the iPhone 7 Plus (review) and the OnePlus 5 (review), both of which come with 5.5-inch displays. The unique aspect ratio also gives the Infinity’s display a unique resolution of 1,440 by 720 pixels, which is slightly sharper than what you would normally get on a standard 720p display.

Having said that, the quality of the display isn’t that good and while it does give you a more immersive experience whilst watching movies or videos, you will definitely notice the difference when you compare it with a smartphone featuring a full HD panel. The text isn’t as sharp as I’d like it to be and the cutouts for the corners on the screen appear jagged and uneven as well. In contrast, the LG Q6 has more refined and rounded corners which appear pleasing to the eyes. While this might sound like nitpicking, consider this – your primary means to interact with the smartphone is its display and therefore, the more you use the Canvas Infinity, the more obvious the rough edges become.

As far as the rest of the design of the smartphone is concerned, you basically get what you pay for. From the posterior, the handset looks eerily similar to the Xiaomi Redmi Note 4 (review). As far as the build goes, the handset has been constructed mostly out of plastic, but comes with a metal frame which contributes to its structural integrity. The back panel of the smartphone is removable and can be popped open to give users access to the two micro-SIM slots and a dedicated microSD card slot as well. The battery is removable too, which is somewhat of a rarity these days. You’ll find the buttons and the ports in the usual places. There’s a fingerprint sensor present at the back which works fine. The sensor was accurate for the most part, though the Canvas Infinity did take a few seconds to register my command and unlock itself. 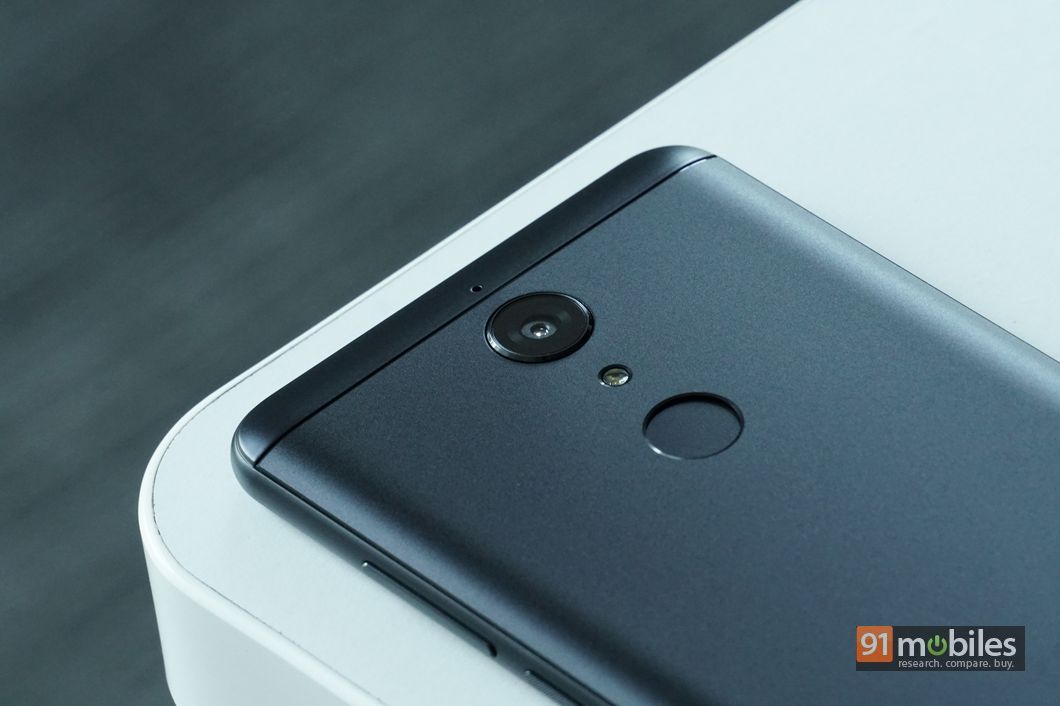 Smartphone photography has evolved quite a bit in the past few years which is why the camera specs of a smartphone are usually the front and centre whenever a new device is launched in the market. With the Canvas Infinity, Micromax is targeting mobile photographers too and the handset comes equipped with a pair of 13MP and 16MP sensors on the back and the front respectively. Both the sensors boast f/2.0 aperture and the front camera is aided with its own flash module as well. On paper, the Canvas Infinity is an incredible shooter and to Micromax’s credit, the smartphone delivers for the most part in real life too. The primary camera of the smartphone clicks good images in broad daylight and manages to capture a good amount of details as well. There’s a built-in HDR mode which does well to increase the contrast ratio of images however, I noticed that it over-compensates at times making the scene look unnatural. The shutter speed of the smartphone is good and it latches on to the subject quickly too, so no complaints there.

There are a bunch of modes which come bundled with the smartphone’s camera, but the one that I find worth mentioning here is the portrait mode. Also known as depth-effect mode, the portrait mode allows you to capture a subject and blur its background. It’s a bit tricky to implement, but Micromax has done a decent job here. There’s a toggle to control how blurry you want the background to be and although it does soften the edges of the subjects quite a bit, the end result is acceptable. Having said that, low light photography isn’t the best on the Canvas Infinity and the images I shot with the smartphone had considerable noise and grain.

I click a lot of selfies so naturally, I was really excited to take the 16MP shooter for a spin and to the company’s credit, the handset didn’t disappoint me. The selfies looked great and the quality was on point. Moreover, there’s a bokeh mode for the secondary shooter too, which works really well. However, I have the same gripe here as I did for the bokeh mode on the primary shooter – it softens the edges a little too much for my liking. With that said, considering the asking price of the smartphone, you really can’t expect it to match with say, the Apple iPhone 7 Plus’s portrait mode in terms of quality.

The good news – Micromax Canvas Infinity ships with a Qualcomm Snapdragon processor. The not so good news – it isn’t a mid-tier chip as we’ve seen the Xiaomi Redmi Note 4 use, but a Snapdragon 425 processor which works with 3GB of RAM. Seeing how budget buyers often make their purchase decisions based on a smartphone’s core specs alone, the Canvas Infinity might not seem as enticing as some other smartphones in this segment. With that said, the Canvas Infinity isn’t a complete lag-fest and you can even game on the phone, provided you’re willing to tone down the graphics settings to medium or low on demanding titles like Asphalt 8. You’ll also notice that the handset stutters a bit while navigating through the UI. For instance, the animation for the comprehensive search tool appeared choppy at times and the Canvas Infinity had to stop and catch its breath when I was jumping between multiple applications too. 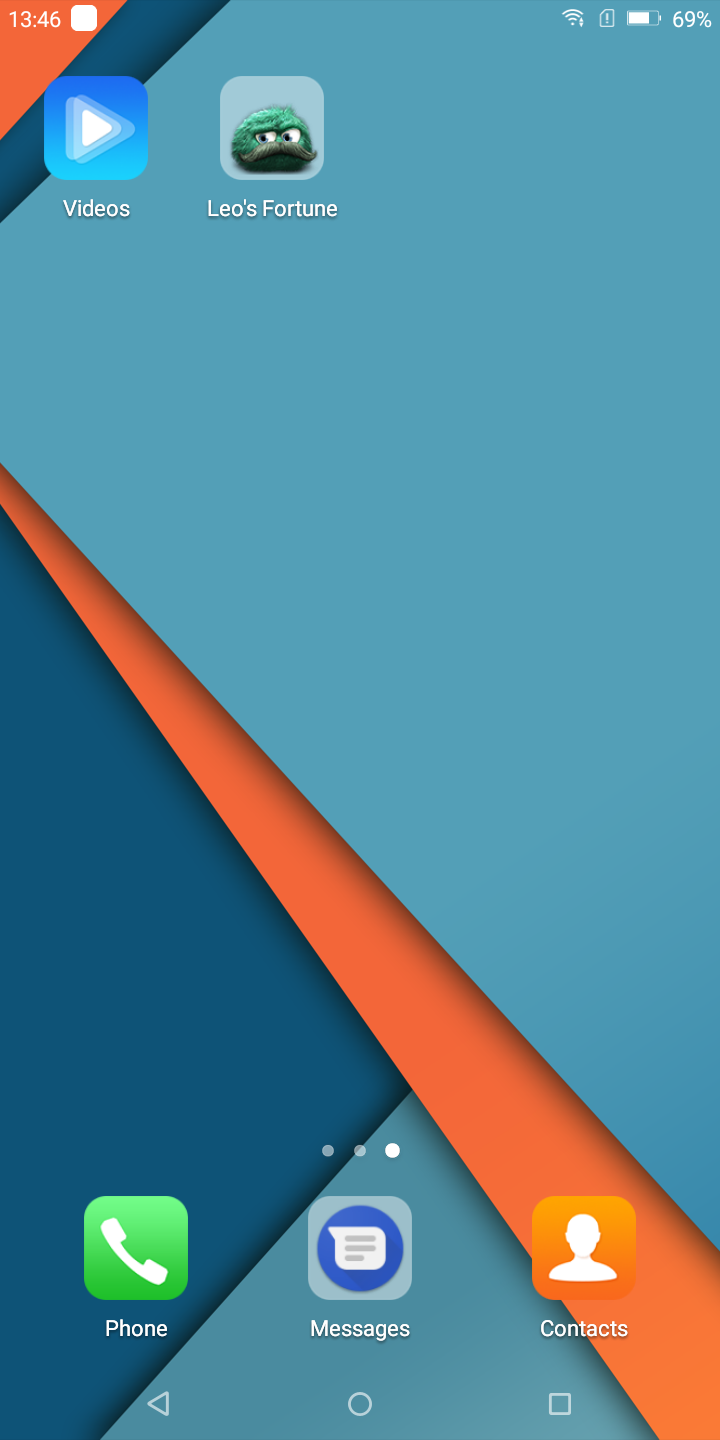 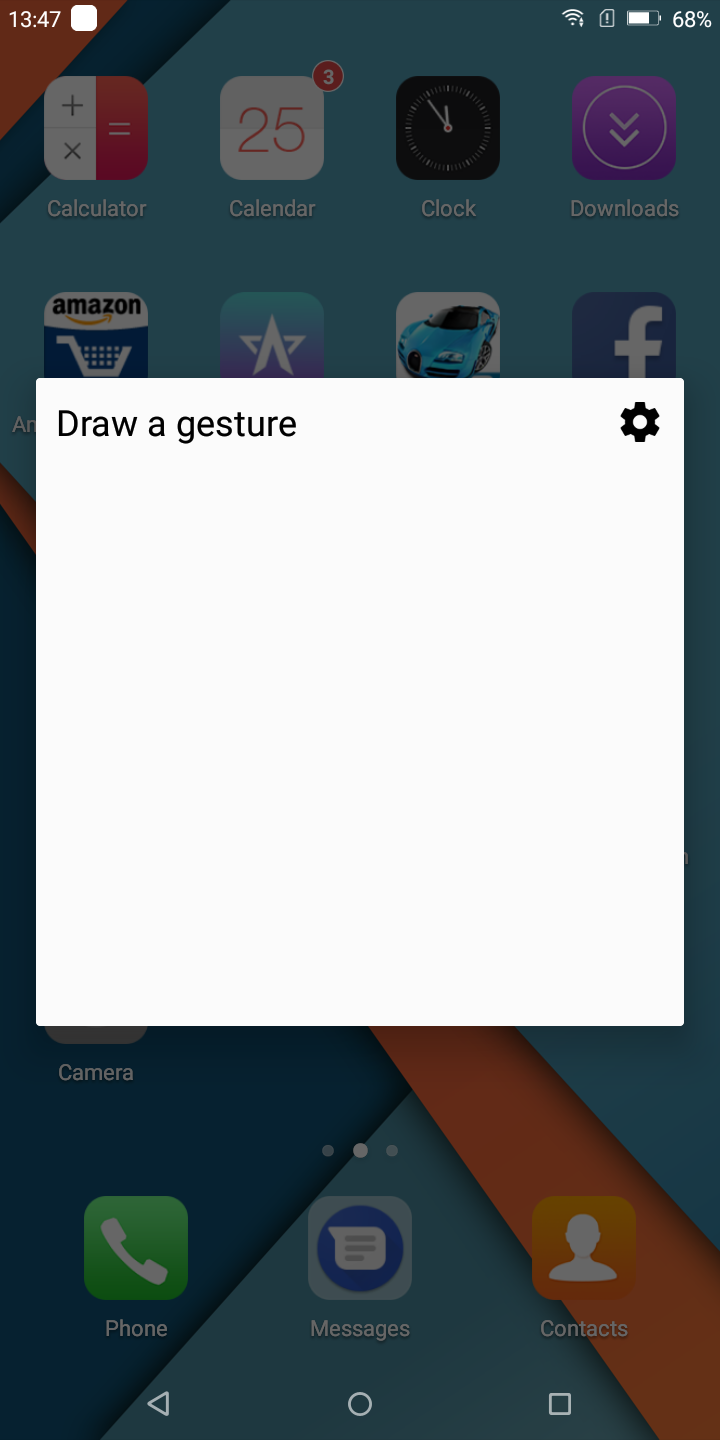 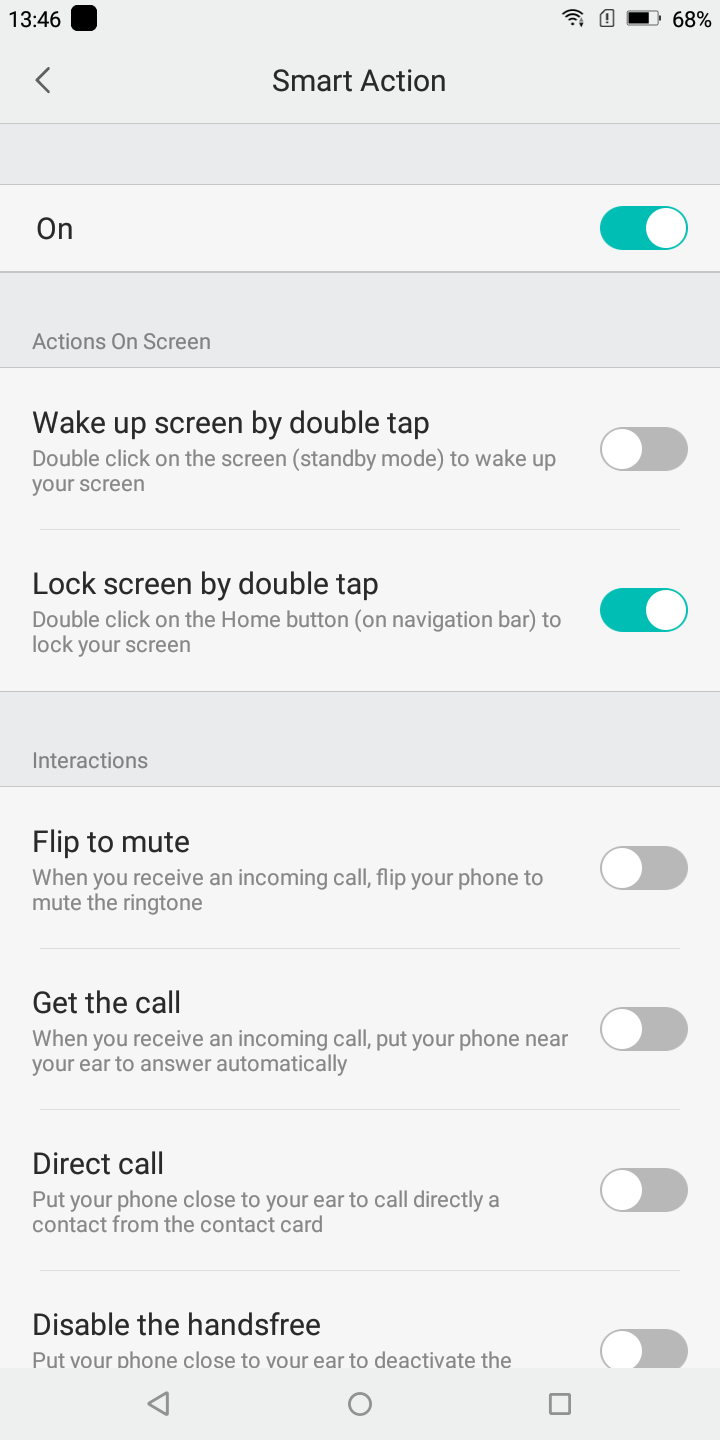 In terms of software, the Canvas Infinity runs Android Nougat v7.1.2 with a custom skin on top. What’s better is that as of writing this review, the smartphone had received the July security patch from Google, which is great if privacy and security are a major concern for you. The skin on the smartphone looks a lot like the ones you might find on a device from Vivo or OPPO. Although it takes up a good chunk of the smartphone’s resources, it does come bundled with some useful tools and gestures too. The smart gesture feature makes a return on the Canvas Infinity and allows you to swipe left from the notification bar to pull up a drawing board. You can then draw a preloaded or custom gesture to launch a certain application. Other than that, you can play around with some Smart Actions which will help you interact with the smartphone better. One of the Smart Actions I found myself using the most was double-tapping to lock the Canvas Infinity and flipping the smartphone to snooze the alarm. Neat stuff. 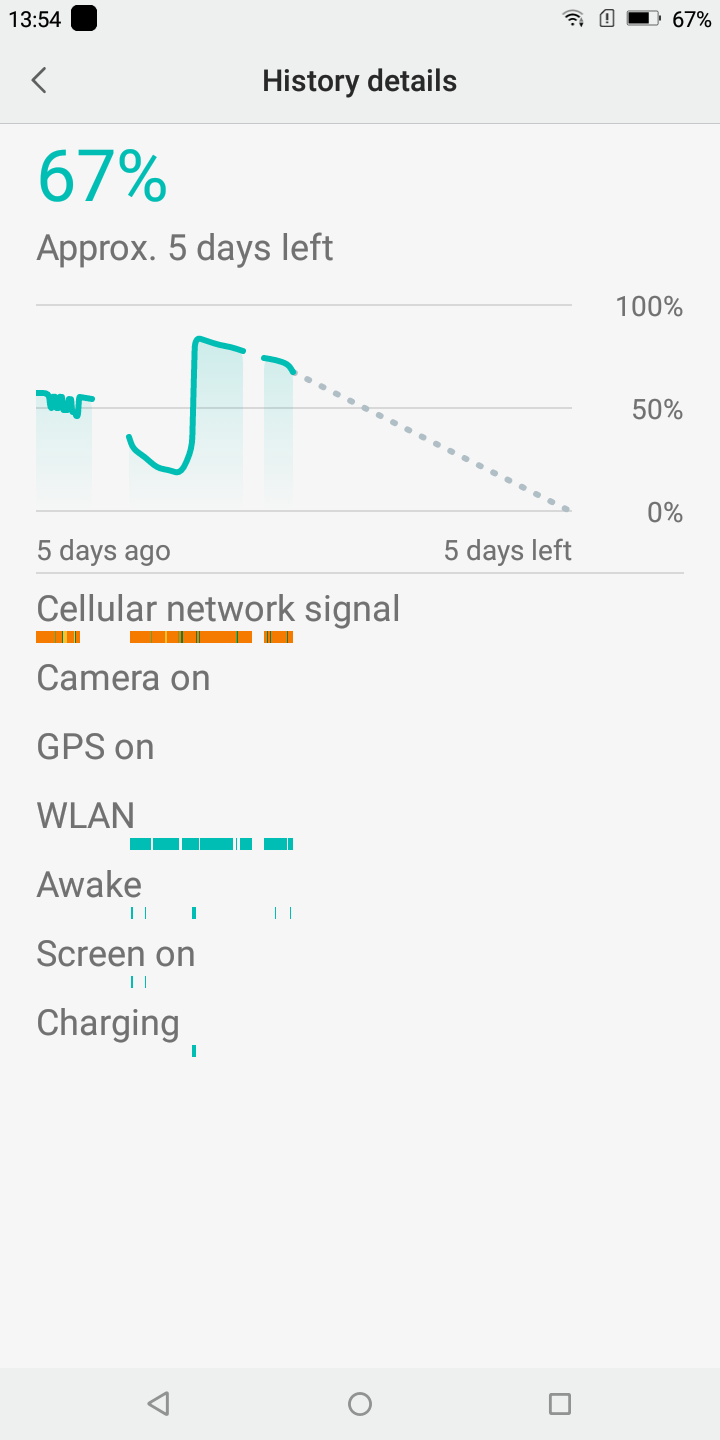 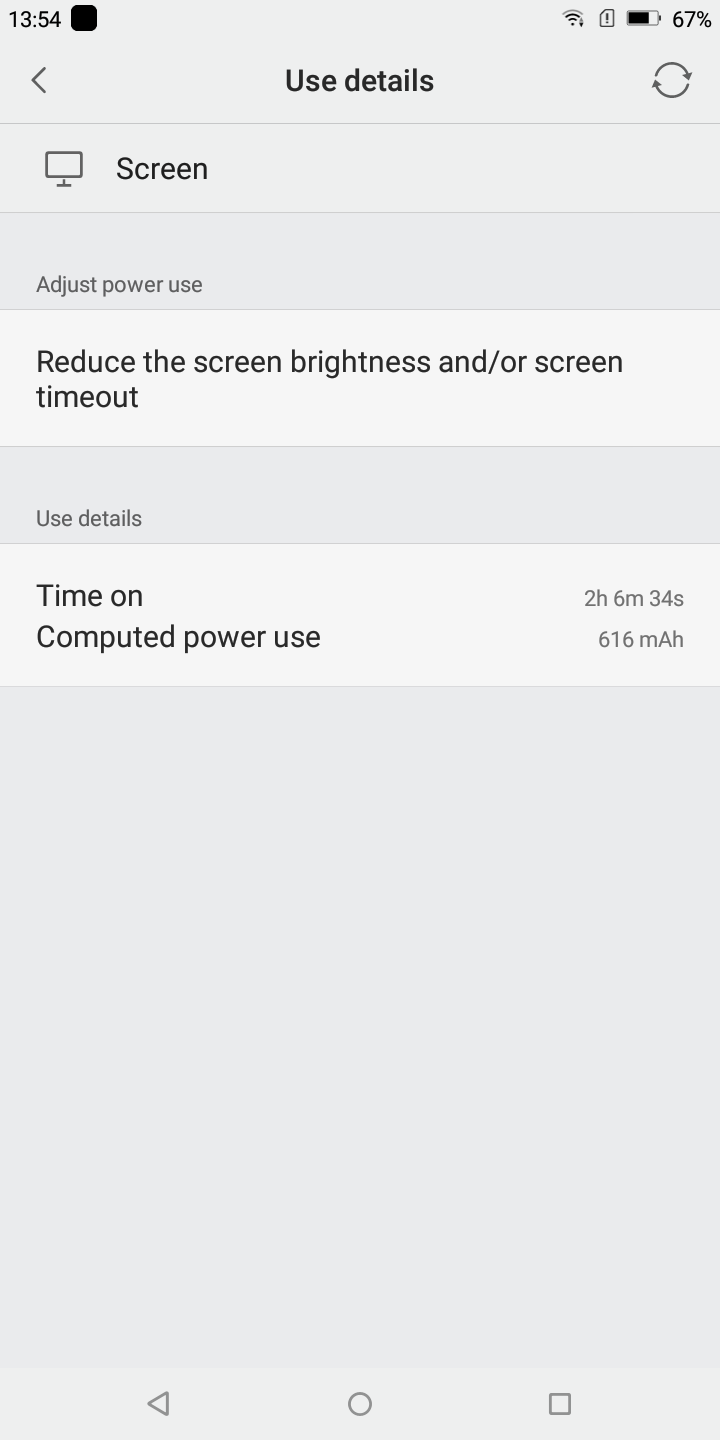 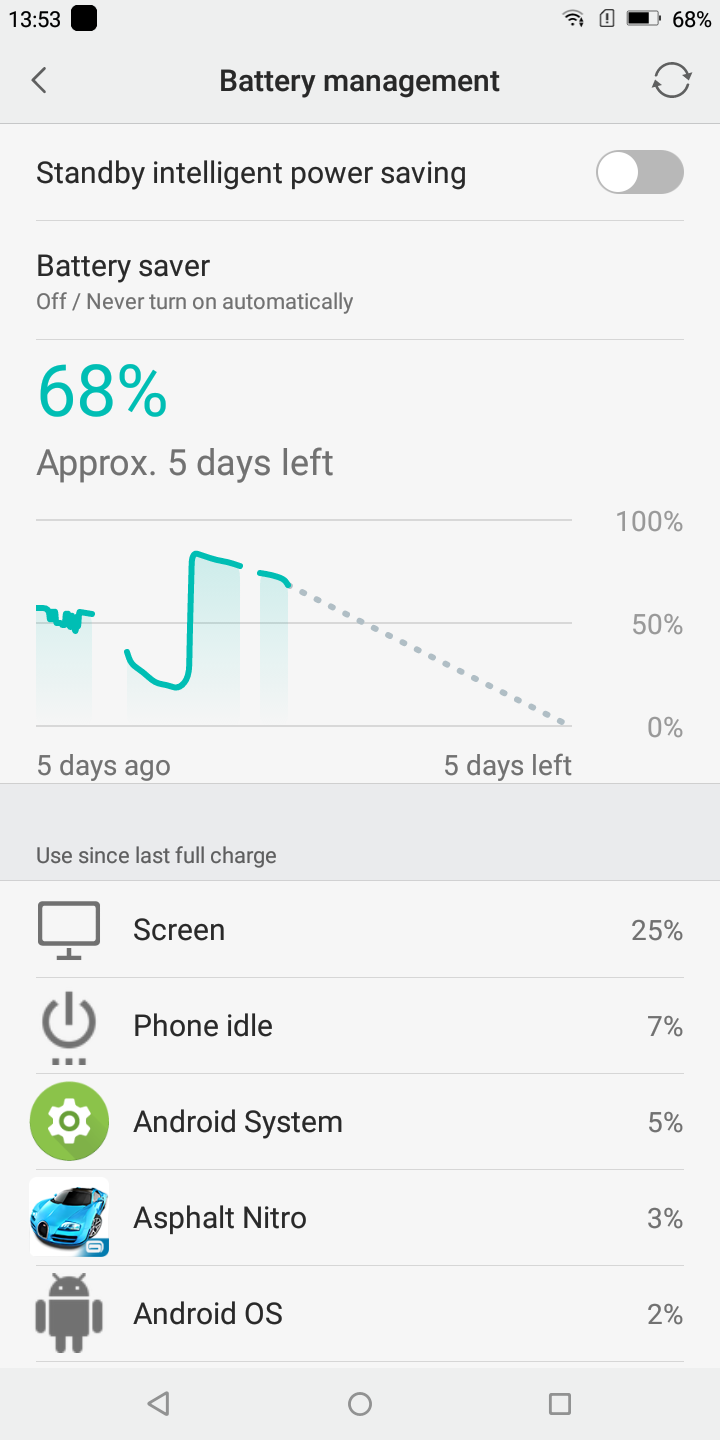 The Micromax Canvas Infinity ships with a 2,900mAh battery which isn’t the beefiest we’ve seen in this segment. Naturally, the battery life of the smartphone is downright average and I managed to get around four hours of screen on time with the Canvas Infinity. Suffice it to say, you’ll have to plug in the smartphone every night, and if your usage is heavy, might even top up the juice sometime during the day if you want to avoid giving yourself a panic attack late evening.

The connectivity options on the smartphone include Bluetooth, 4G, and Wi-Fi. There’s no NFC here, so if you’re big on ‘tap to connect’ functions, you should look elsewhere. There’s a single mono speaker at the back of the smartphone which gets really loud. The clarity was good too, however, the placement isn’t the best and I ended up muffling the speaker with my fingers while playing games or watching videos.

The Micromax Canvas Infinity retails for Rs 9,999 in India and for the price, you get a taste of the unique screen aspect ratio which we’ve seen on premium flagships. Sadly, that flagship experience doesn’t translate that well in other aspects of performance and battery. And while its camera performance is quite good, it’s up against tough contenders, such as the Xiaomi Redmi Note 4 (review) and the Coolpad Cool1 (review), which offer better hardware and sharper displays. 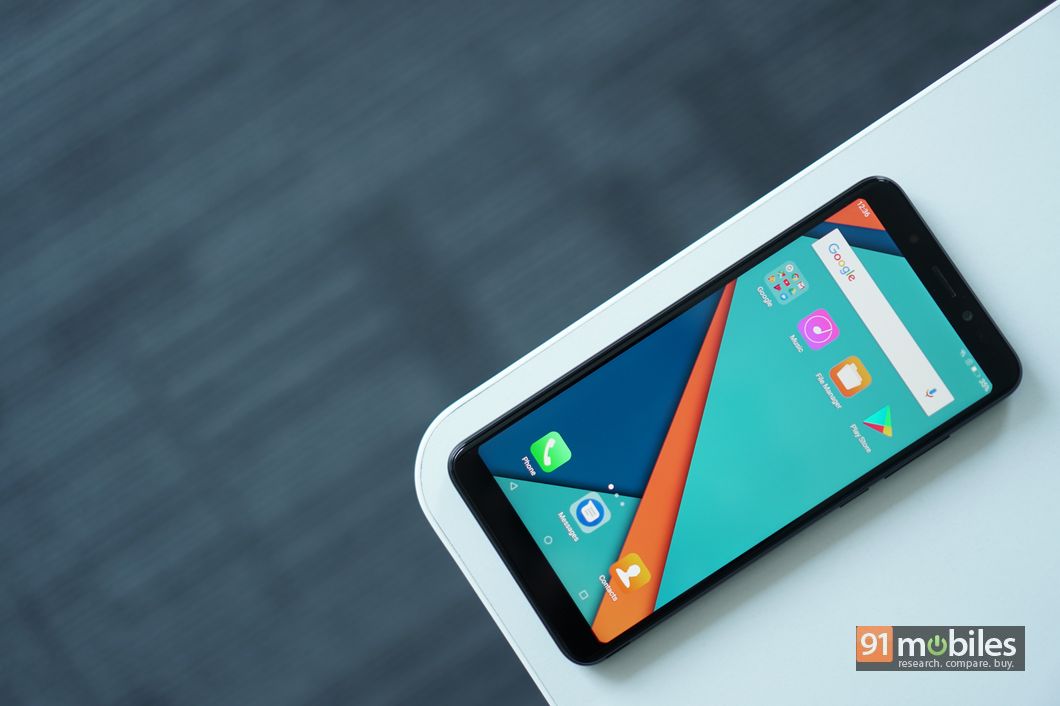 However, if you’re hell-bent on owning a smartphone with a nearly bezel-less design, then the Canvas Infinity is the closest you’ll get, seeing how the LG Q6 (first impressions) is priced a bit higher. The Infinity also quashes the rumours that the indigenous phone maker can’t innovate to compete against the Chinese domination, and thus gives us a confidence about the next smartphone in the series, which will hopefully solve these issues.