It’s safe to say that Motorola has spent a lot of time in foster care. The company was acquired by Google back in 2012, where the brand garnered massive success for its G series and X series of smartphones. The company was then sold to Lenovo a couple of years later, where the brand’s entire smartphone lineup was revamped. Gone was the X series of flagship smartphones and instead, the company shifted its focus to the modular Z series. Well, after a long hiatus, Motorola is bringing back the X lineup in the form of the Moto X4 (first impressions). However, this time, the company is offering the smartphone as a mid-range offering which sits awkwardly between the Moto G5s Plus (review) and the modular Moto Z2 Play (review). I used the X4 as my primary device for a week and if you were considering about picking one up, then you will want to read what I have to say about the smartphone. 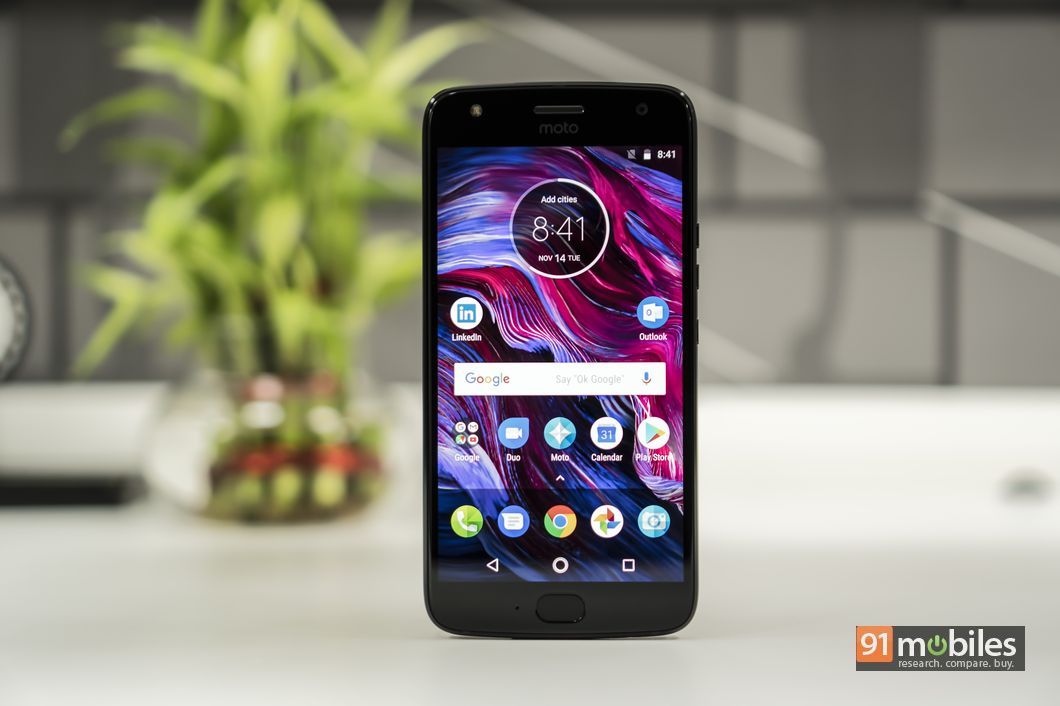 Unlike some other mid-range smartphone offerings, the Moto X4 doesn’t push the boundaries when it comes to design. There is no edge-to-edge display here to speak of and the smartphone isn’t void of bezels either. Yet, the X4 feels every bit as premium as a flagship smartphone while costing significantly less. The smartphone appears to be quite compact too, narrowly beating the Moto G5 in terms of size. However, once you pick the X4 up, you’ll be pleasantly surprised with how heavy it is. Now, that’s not a bad thing considering the added weight adds to the smartphone’s luxurious feel. 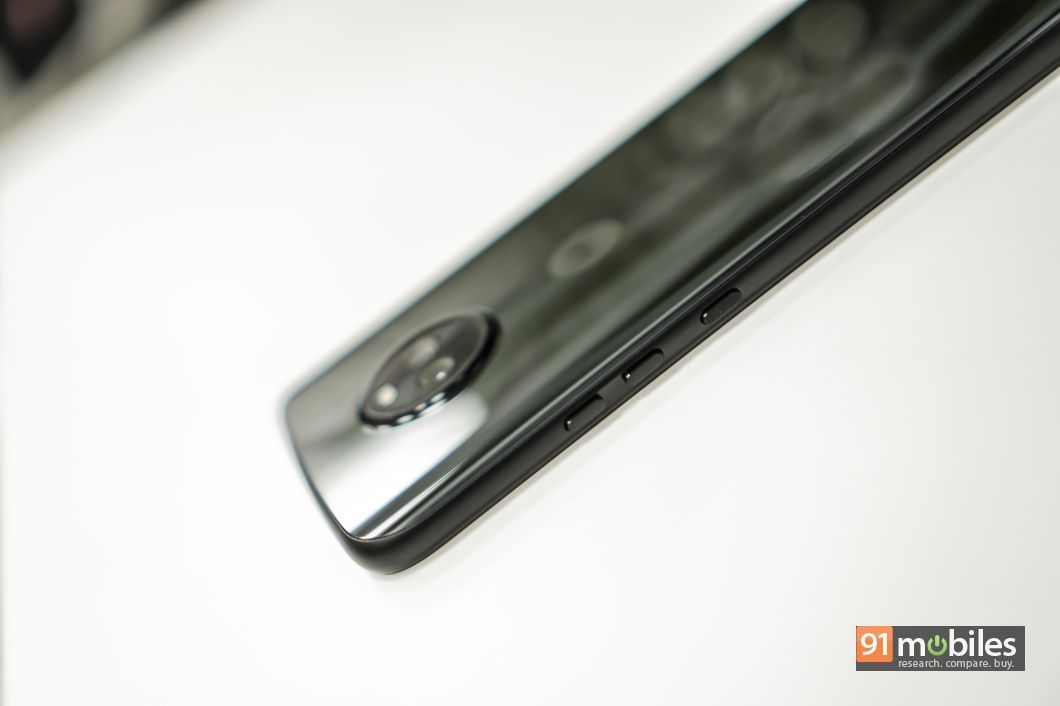 It’s quite evident that Motorola has styled the X4 in the image of its current G-series models. The device gets a curvy back with chamfered edges and has thick bezels on the top and the bottom of the display, the underside of which is reserved for an oval-shaped fingerprint sensor. Towards the back, you’ll find a protrusion which houses the dual-camera setup of the smartphone and yes, it is big and it does make the design seem a tad bit impractical. You see, in the case of the Z2 Play (which also comes with a hump at the back), the protrusion ensured universal support for moto mods. However, since the X4 doesn’t support modular components, the bulge at the back isn’t warranted for. That said, the hump does give the X4 and every other smartphone in Motorola’s current lineup a unique identity, a rarity in today’s day and age. And lest I forget, the Moto X4 comes with IP68 certification, making it impervious to damage from elements like dust and moisture. 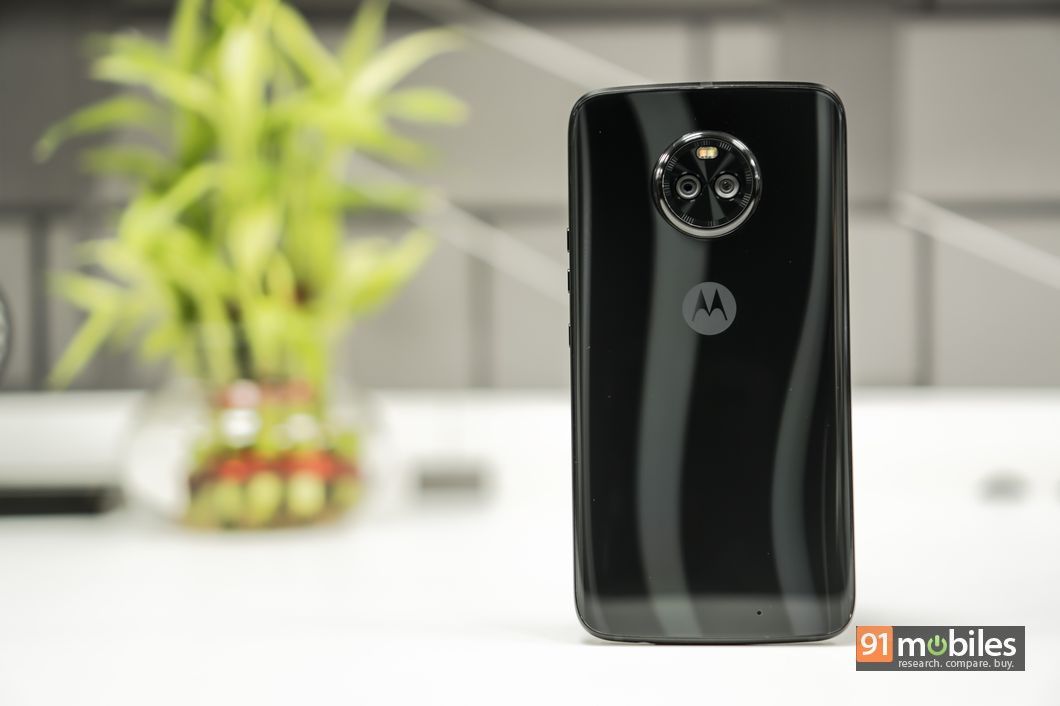 Build-wise, the X4 deviates from the all-metal build of the G series and employs a glass-metal sandwich in its construction. As I’ve stated before, the X4 punches way above its price tag when it comes to the design, but there are some quirks about the design I’d like to mention. For starters, despite having a glass back, the X4 doesn’t support wireless charging. You’ll also have to keep a microfibre cloth on you at all times as the X4 is a fingerprint magnet. Furthermore, the camera bump at the back makes the X4 unusable when kept flat on a surface since the smartphone wobbles quite a bit. The X4 is extremely slippery too and since the back of the smartphone has been constructed out of glass, you’re more likely to damage it when compared to a full-metal body device. Therefore, I’d advise you to invest in a protective case as soon as you unbox the smartphone. Another gripe I have with the smartphone’s design is that the power button and the volume keys are extremely small. Therefore, I often mistook the power button for the volume buttons and vice-versa. 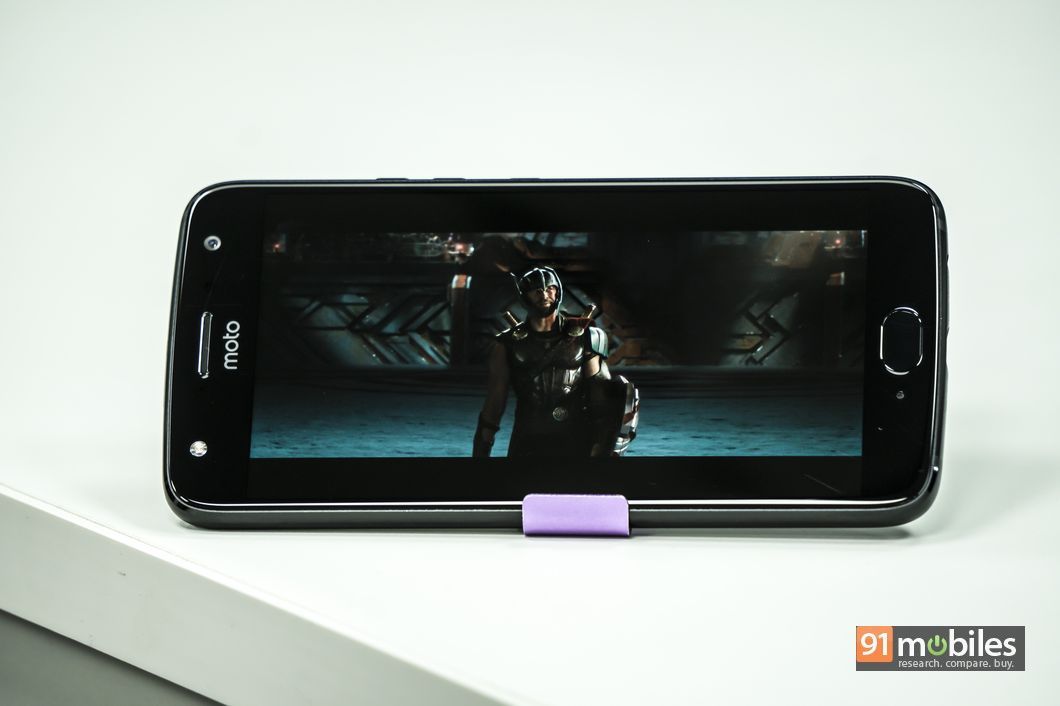 The fingerprint sensor, on the other hand, is downright excellent. It’s located below the display, is easy to reach and is extremely accurate. Much like most other Motorola offerings, you also have the option of using the fingerprint sensor to navigate through the phone by disabling the on-screen keys. This will also give you some extra screen real-estate, though I couldn’t really get behind the one-key navigation system during my time with the smartphone. Speaking of screens, you’ll get a 5.2-inch full HD AMOLED display with the Moto X4. The screen exudes peppy hues and has decent sunlight legibility too, so no complaints here. 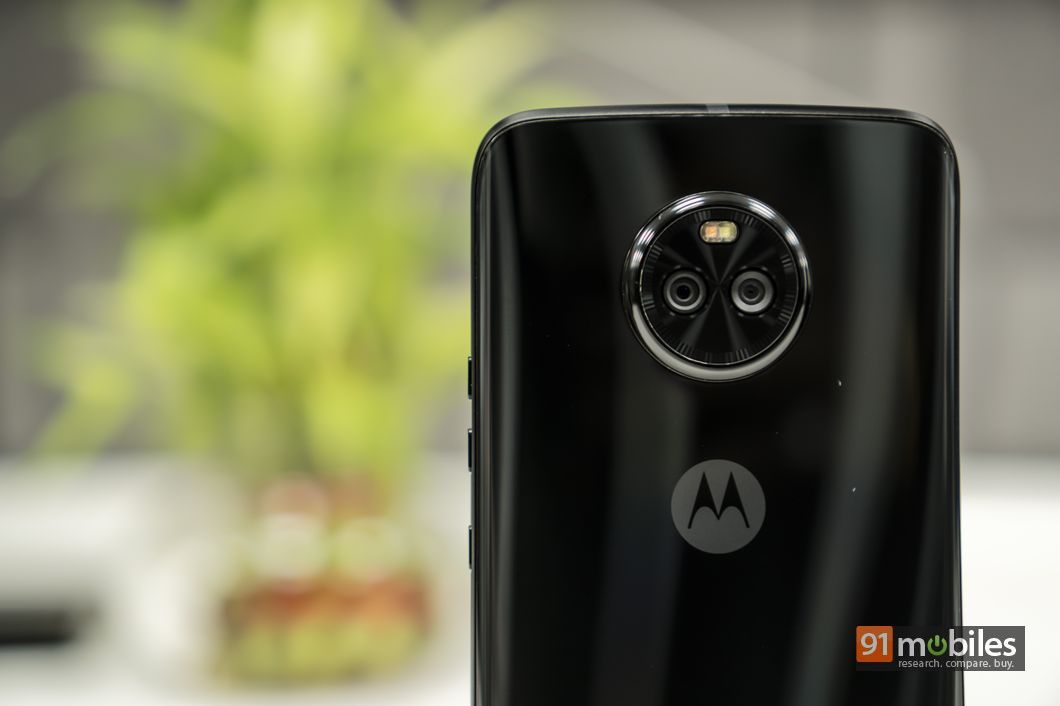 While the Moto X4 misses out on a bezel-less design, it ships with a dual-camera setup at the back, which is another prominent trend of this year. On paper, the smartphone comes equipped with a really nice camera setup which comprises a pair of 12MP and 8MP sensors on the back. The 12MP shooter utilises dual autofocus technology, the likes of which we’ve already seen on flagships like the Samsung Galaxy S8 (review) and the Google Pixel 2 XL (review). The 8MP sensor is a wide-angle lens which comes with a 120-degree field of view. Towards the front, you’ll get a 16MP selfie shooter which comes with its own LED flash module to capture selfies in the dark. So far, so good but in practice, I found the results from the X4’s cameras a bit disappointing. 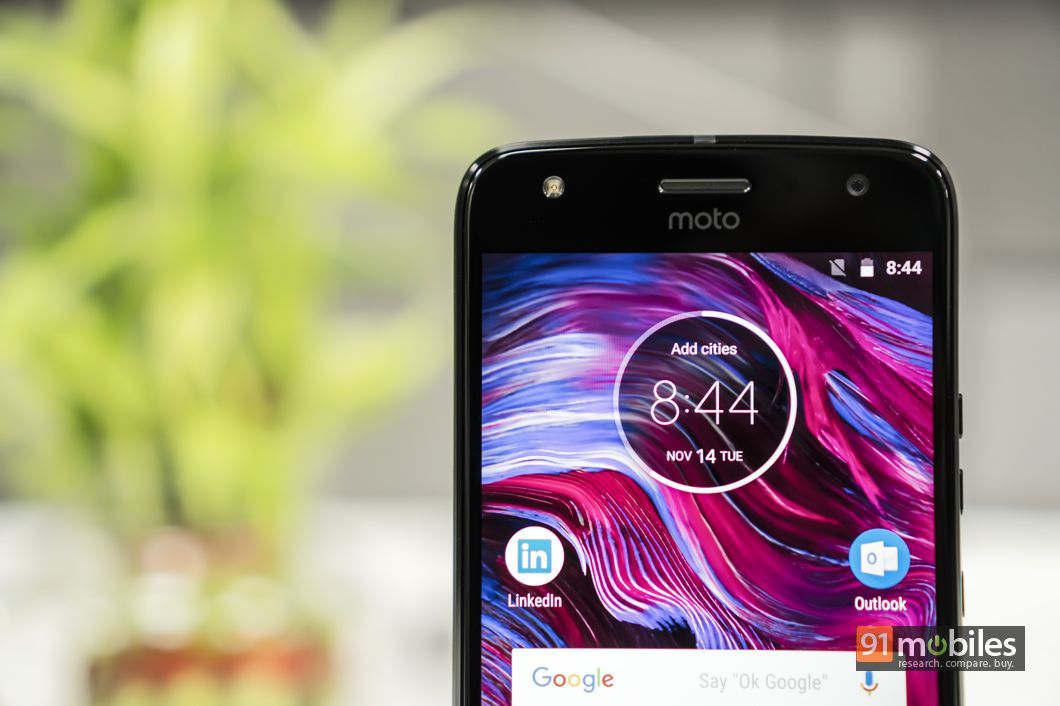 Let’s start with the performance of the rear camera(s) first. Given that there’s adequate amount of natural light, the X4’s rear camera setup can click some strikingly detailed photos, but my qualms about the camera from when I reviewed the G5s Plus are still present on the X4. The smartphone’s camera has a tendency to over-expose the shots and it takes a while for the phone to focus properly on the subject too. Shutter speed isn’t the smartphone’s forte either and more often than not, you’ll have to wait for a good second before you finally capture the shot. Naturally, I wouldn’t recommend you shoot fast moving objects with the X4’s camera. Now, with that said, the smartphone can capture some stunning stills, as you will be able to see from the sample shots I’ve posted below and most of my reservations about the X4’s camera can be fixed easily with a software update too. With an Oreo update just around the horizon, it is possible that Motorola betters the camera experience of the X4 and should that happen, the X4 will be one of the best pocket-shooters in its segment.

The assisting 8MP sensor on the X4 will help you capture a wider field of view with the smartphone. Unfortunately, the images have a distinguishable fish-eye effect which forced me to use it a lot less than I would’ve liked to. You can also use the secondary sensor of the smartphone to capture images in Bokeh mode, but much like most other budget offerings, the portraits often had soft edges and seemed a bit unnatural. The lowlight performance of the smartphone is nothing to write home about either and the shots I took with the handset had considerable noise in them.

The performance of the selfie-shooter, on the other hand, is excellent. Thanks to the 16MP sensor, selfies I clicked with the X4 were rich in detail and the addition of a dedicated LED flash unit up front results in good quality portraits even at night. 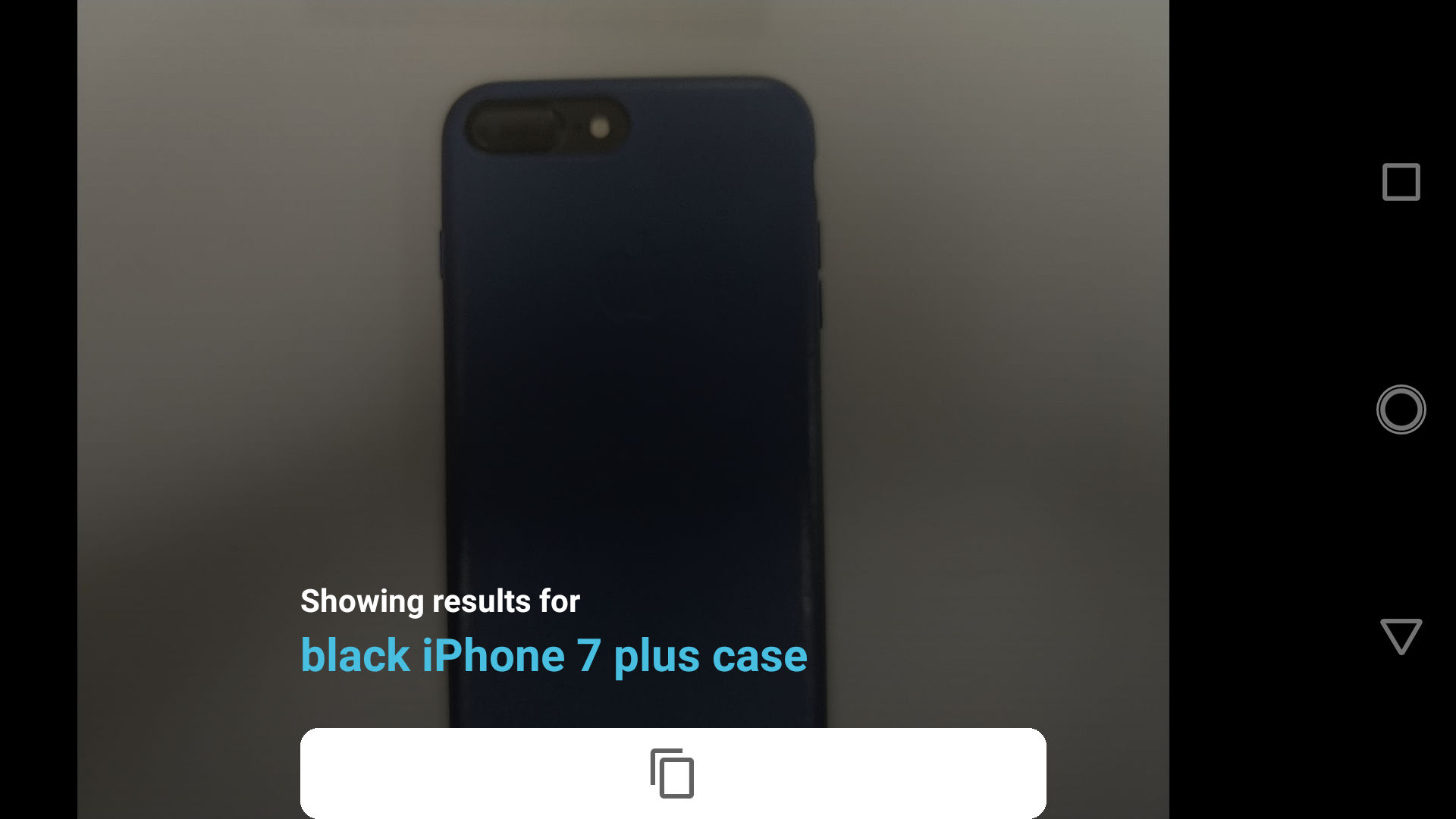 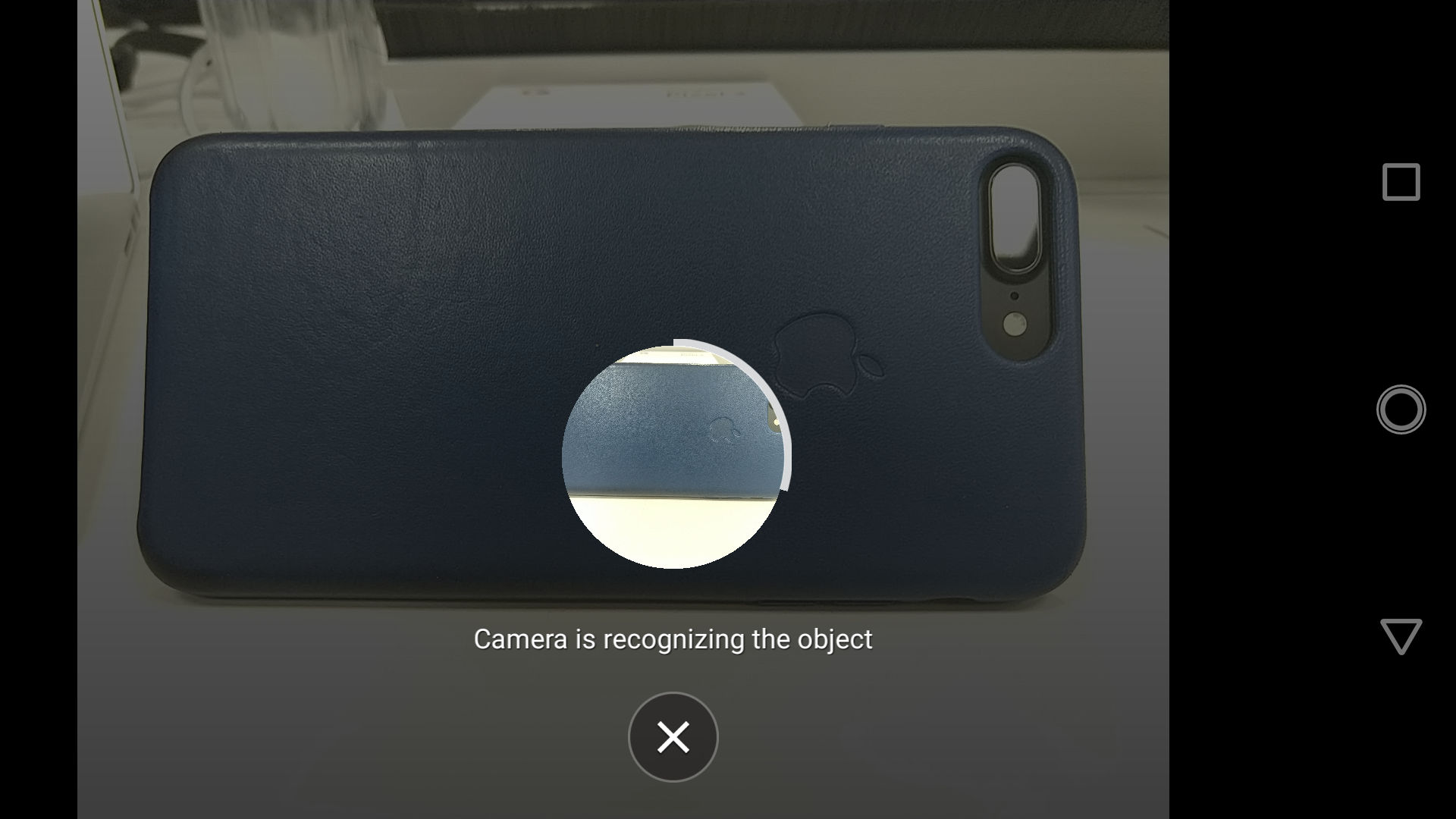 Motorola has also bundled some additional features with the X4’s camera. Similar to Google lens, the camera on the X4 can identify famous landmarks and even comes with object recognition baked in. In my testing, while the smartphone was able to correctly identify the object, it messes up a bit on the specifics such as colour. However, it’s still a really handy feature to have in your arsenal which will only get better with more software updates. 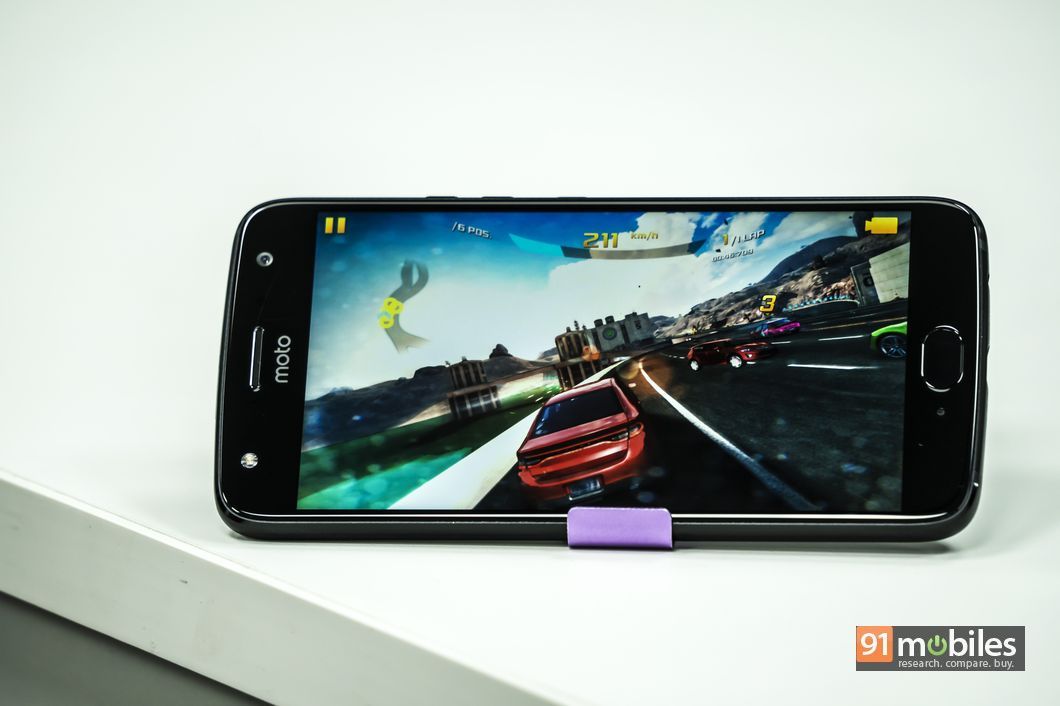 The Moto X4 is a mid-range smartphone with mid-range specs. The device is powered by a Qualcomm Snapdragon 630 chip which works in tandem with 4GB of RAM and 64GB of storage. The SD630 is a relatively new processor which was recently unveiled by Qualcomm and comes as the successor to the Snapdragon 626 chip. Matter of fact, the X4 is the first smartphone in the country to ship with Qualcomm’s latest chip. As far as the performance is concerned, it is relatively slow when compared to flagships, but that said, I didn’t come across any major issues with the phone during my testing. Navigating through the smartphone’s UI was a stutter-free experience and most intensive games like Asphalt 8 ran without any hiccups. Suffice it to say, if you don’t mind waiting a couple of seconds for apps to load, the X4’s performance will not disappoint you. 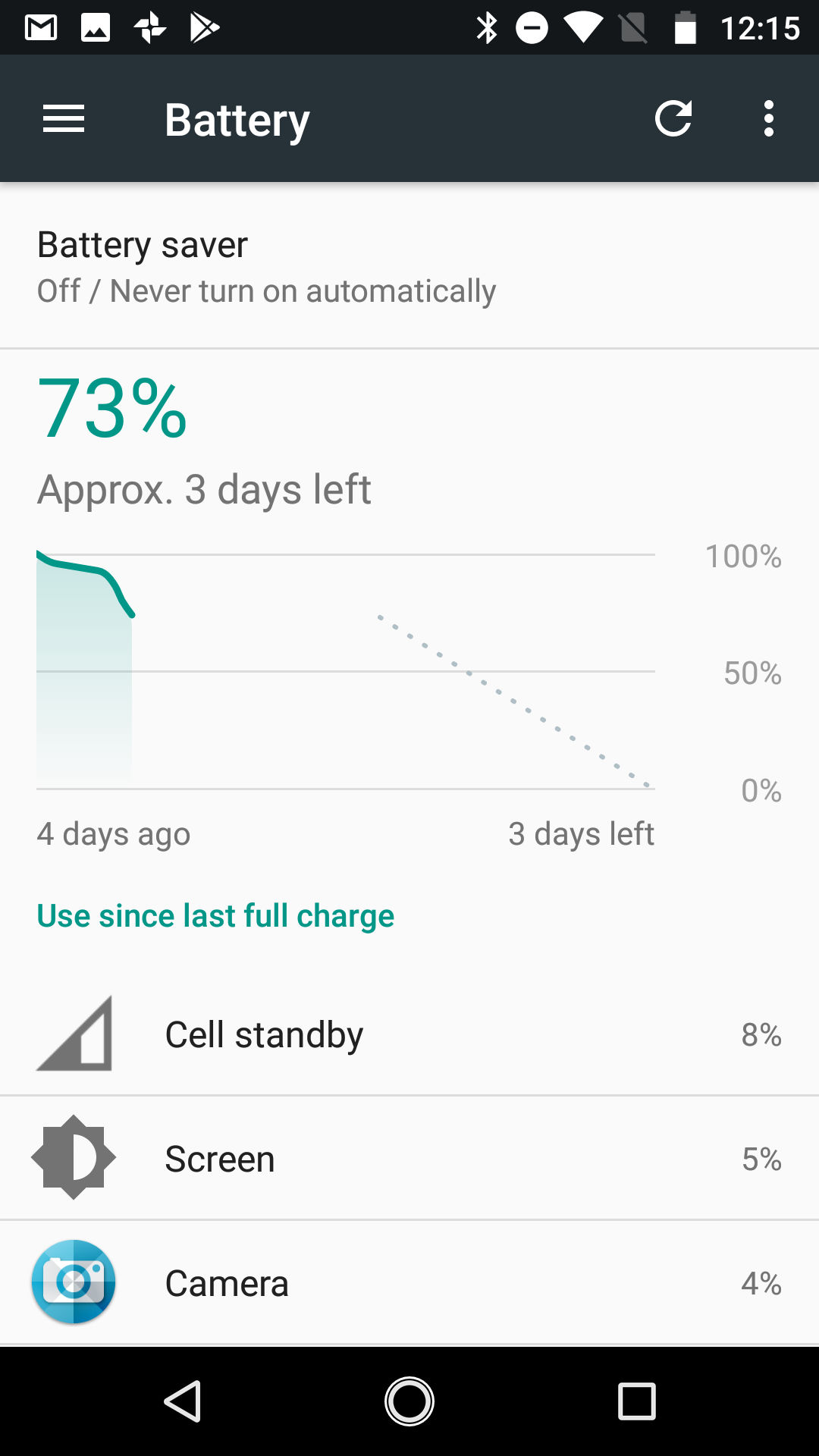 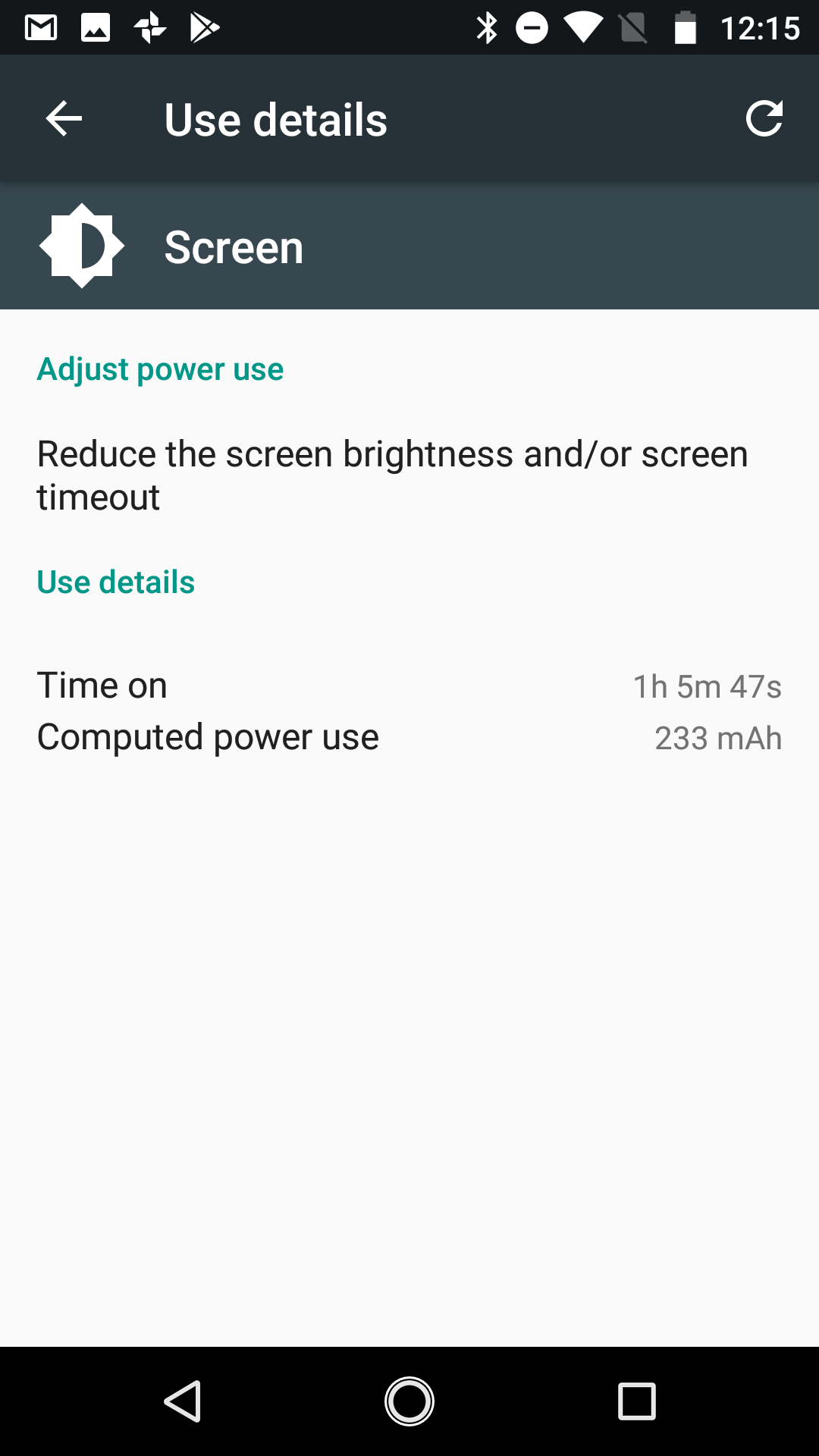 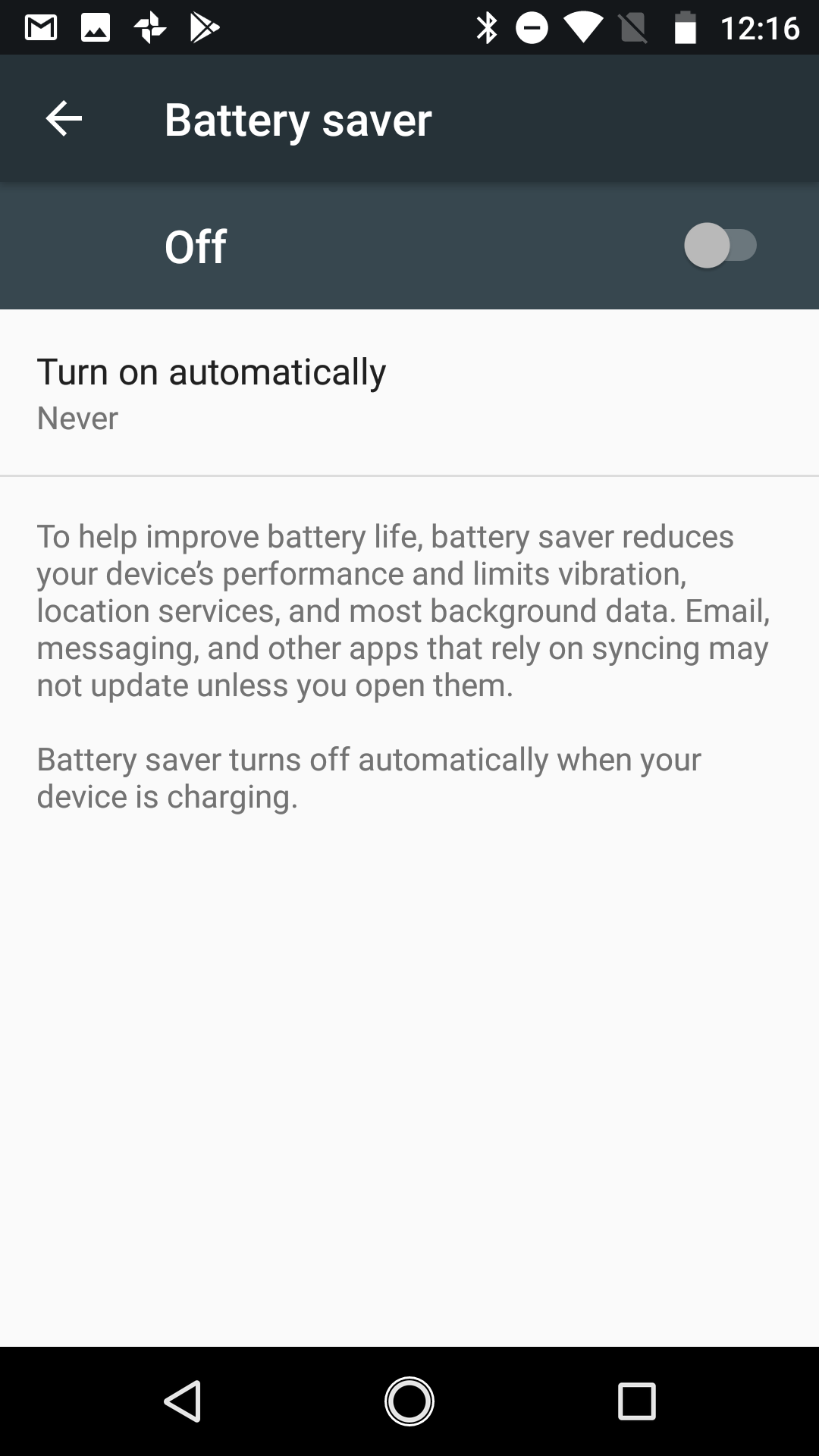 The X4 ships with a 3,000mAh battery which doesn’t sound very impressive on paper, but coupled with the battery-efficient SD630 processor, the smartphone will easily last you a full day on heavy usage. On an average, I got about 4.5 hours of screen on time with the X4 with my usage involving watching videos on YouTube, browsing social media, texting the entire day and gaming for around 30 minutes. What’s even more impressive is that I was still left with some juice in the tank by the time I hit the bed. Furthermore, the smartphone comes equipped with Motorola’s Turbo Charge technology which will take you from zero percent charge to fifty percent in under 30 minutes. 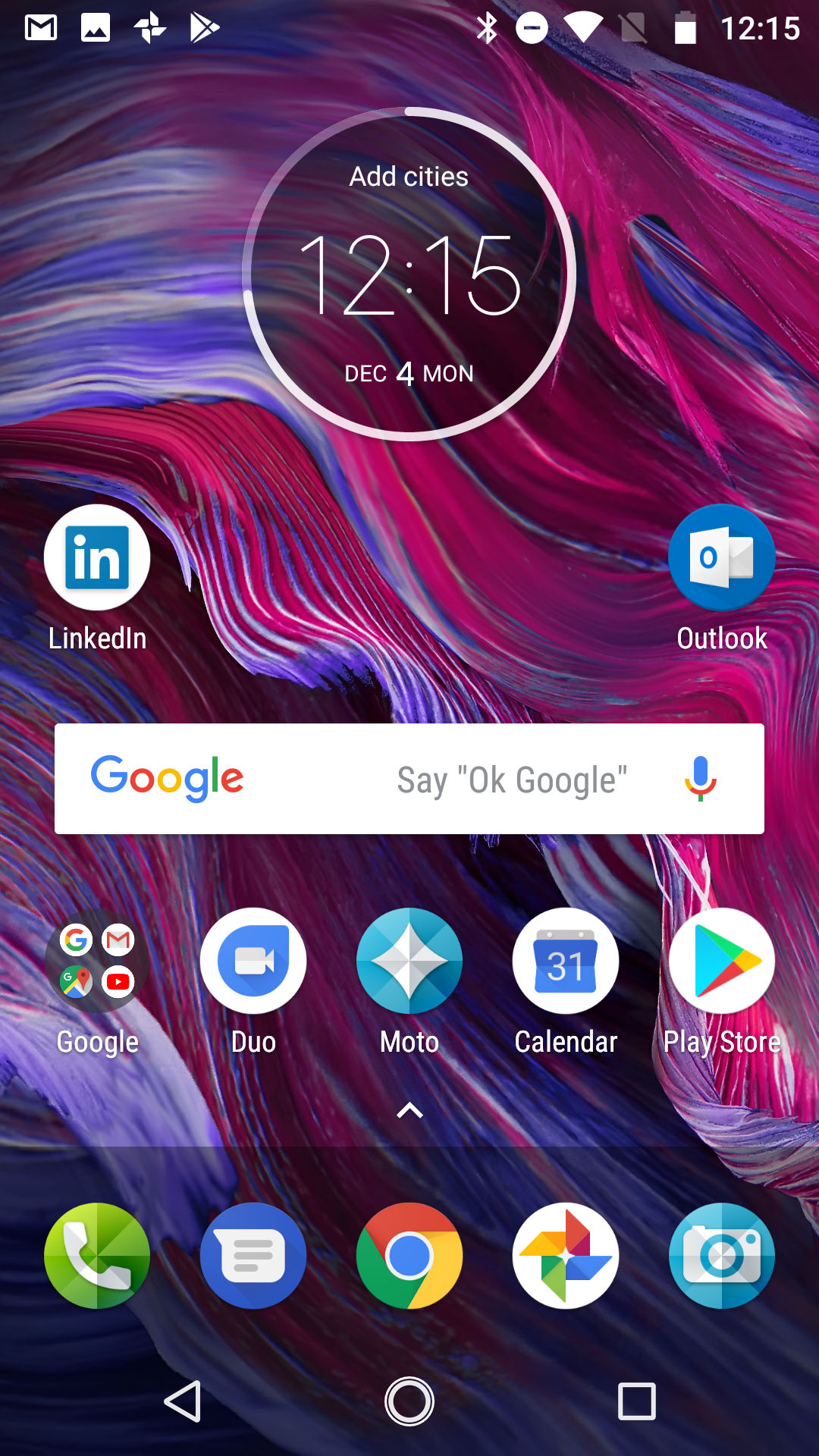 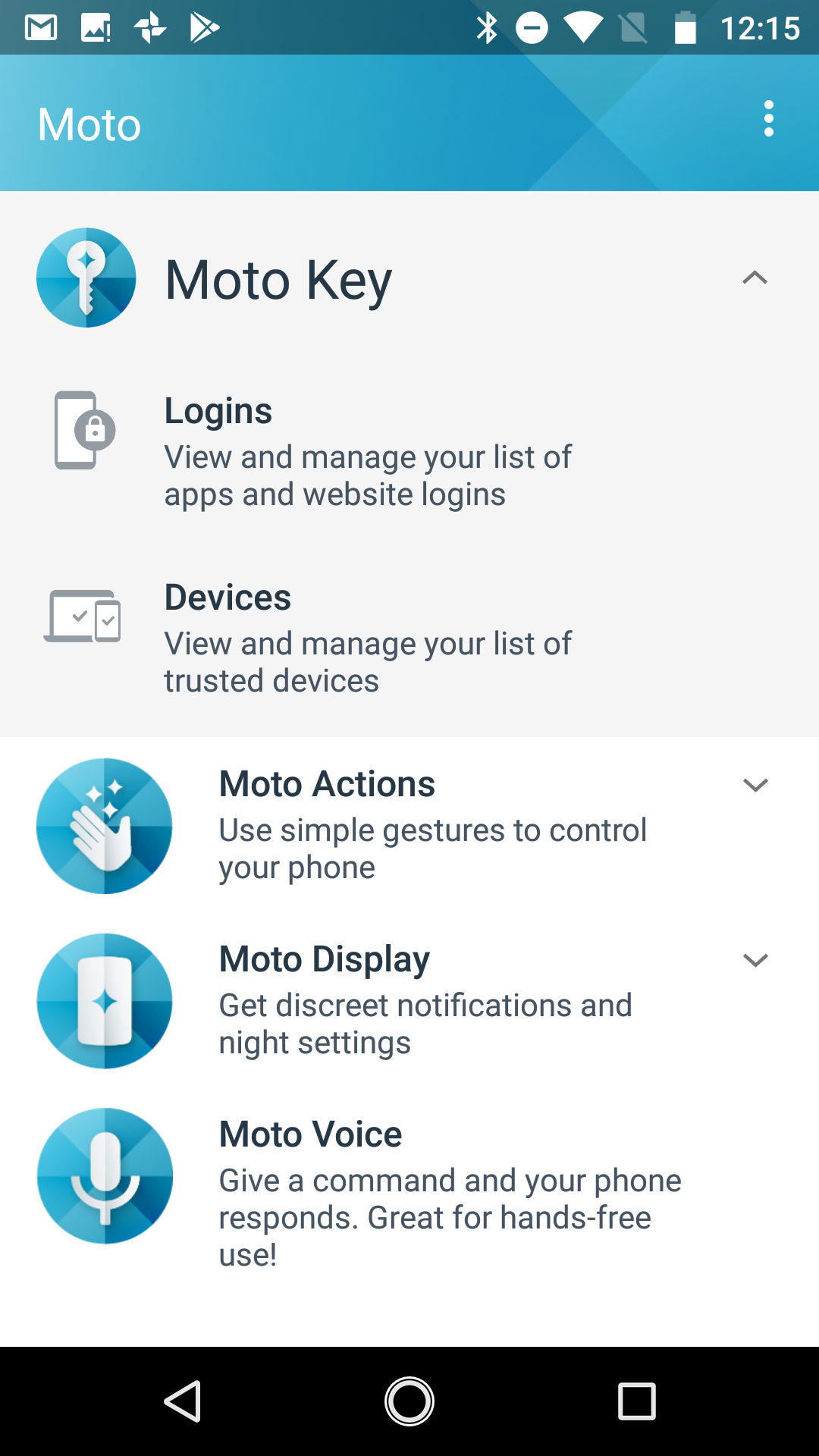 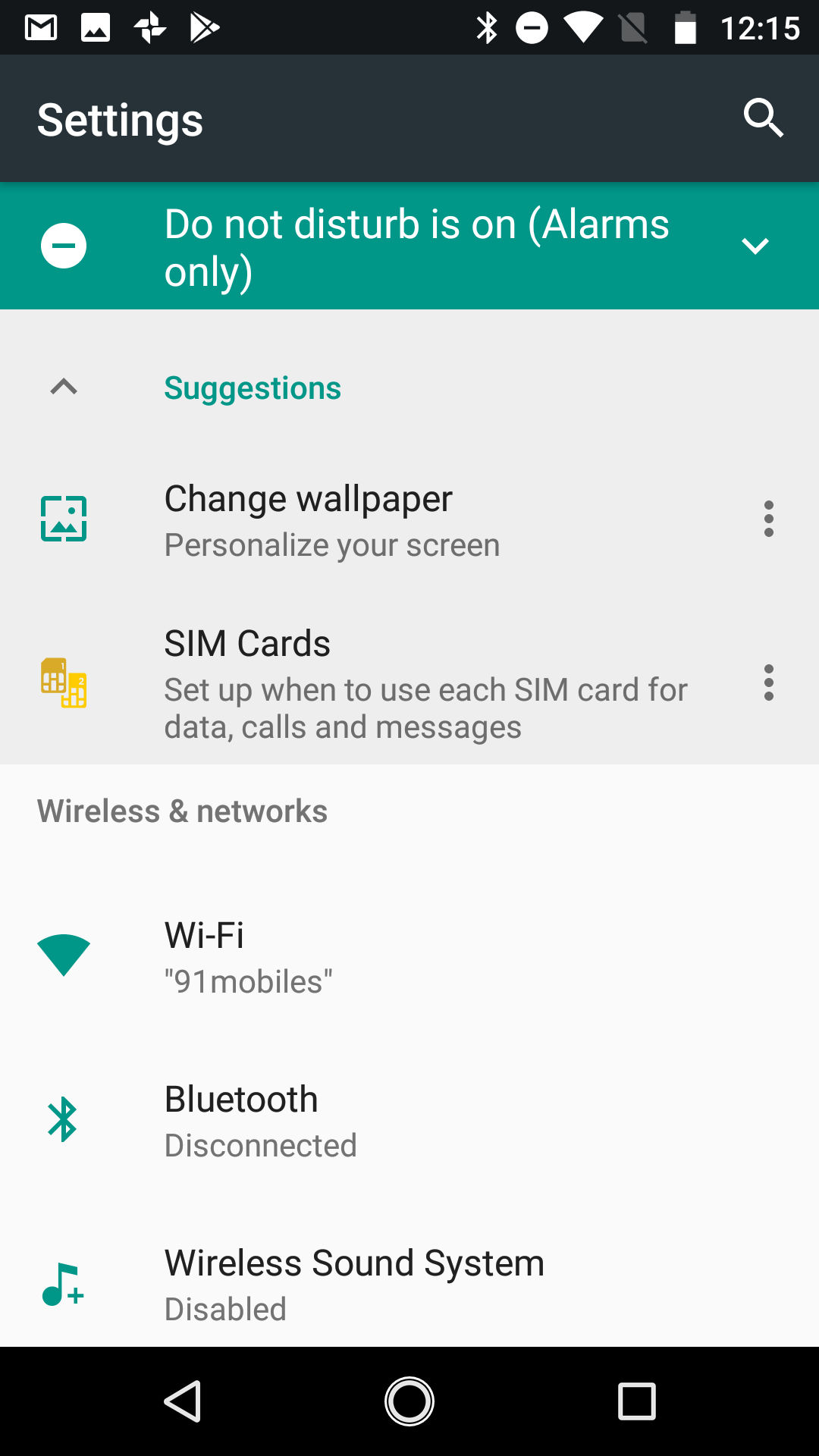 Software has always been one of Motorola’s strongest suits and the company has consistently offered a near-stock version of Android which is free from clutter and bloat. In fact, other than a few useful additions, the company’s take on how Android should look and feel is similar to what you might find on the Pixel 2 XL. You won’t find a lot of customisation options on the X4, but you do get access to Moto Actions, which will allow you to interact with your smartphone using some helpful gestures. Furthermore, Motorola’s always on Moto display is a great way to glance at your incoming notifications without having to unlock the smartphone. 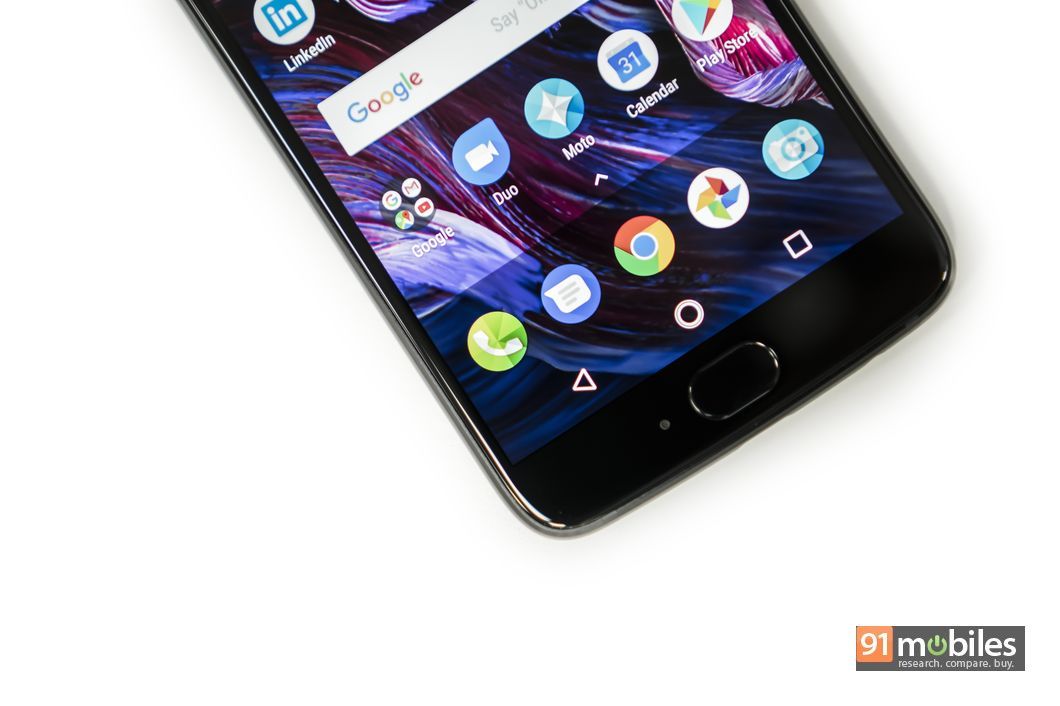 What’s not so great is Motorola’s implementation of Moto Key which lets buyers unlock their Windows-based machine and grants auto log-ins on various websites via a tap from the X4’s fingerprint sensor. Now, I tested the feature and while it does work, I feel that it lacks a bit of polish. The process to pair your smartphone to a Windows-based laptop is extremely tedious and in order to use Moto Key, you’ll have to push the space bar on the login screen before you can use the fingerprint on the X4 to unlock the machine. Furthermore, the presence of Moto Voice (Motorola’s own Voice command system) makes things more confusing for the end user as they have to dabble with it and the Google Assistant. 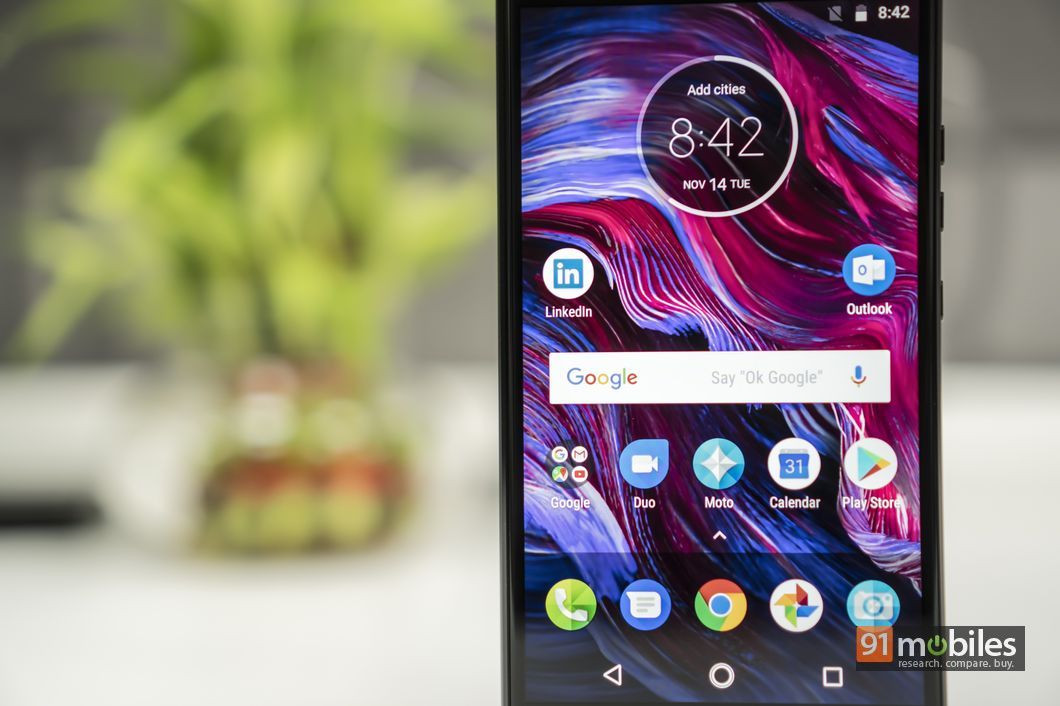 The Moto X4 retails for Rs 21K and for the price you get a smartphone which offers solid performance across the board and comes with an uncluttered software experience. The device boasts an attractive design which doesn’t trade looks for functionality as it is IP68 certified too. Moreover, the X4’s day-long battery life is a godsend for commuters and the fact that you can recharge the battery of the device in a matter of minutes is a welcome addition too. The only trade-off you’ll have to make with the smartphone is that the camera is a little rough around the edges, but hopefully, a software update should be able to fix most of your photography woes. Therefore, I feel like that the X4 is a good in-between device for people who don’t want to invest in a flagship but want a solid all-rounder at the same time.