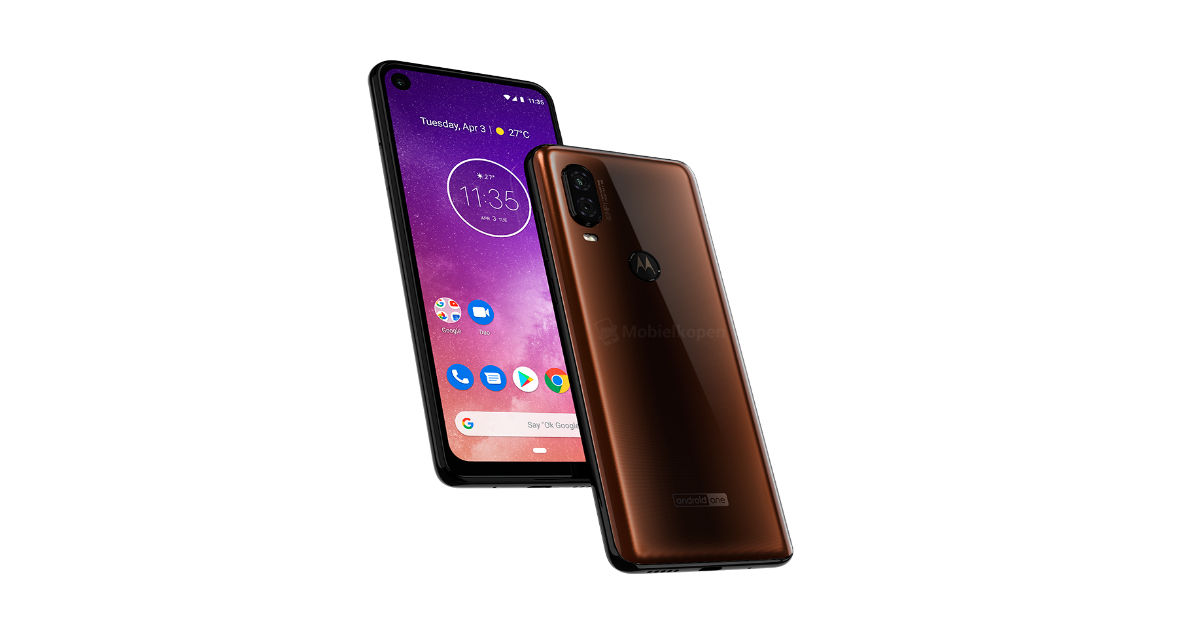 We are just hours away from the launch of Motorola’s One Vision launch event, slated to be held in Brazil. The Android One handset has been in the news for a while now thanks to leaks like renders and complete specifications leak. Now, a day ahead of the official launch, 91mobiles has received from a trusted source a hands-on image of the smartphone, with the plastic film on the display still applied. 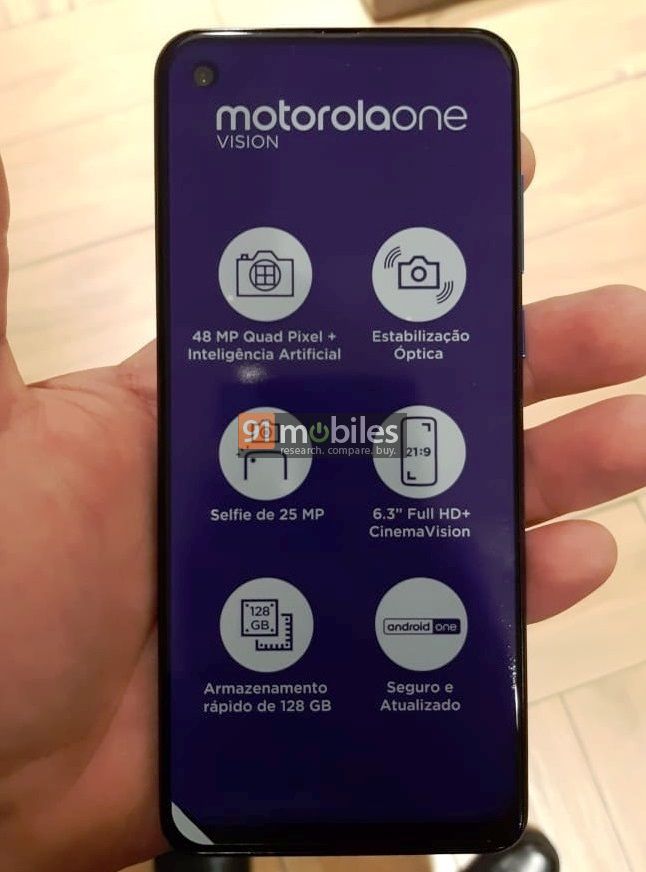 The image comes from a trusted source, and shows many of the key specifications on the plastic film that comes applied on the display on Motorola phones. We can also see the punch-hole in the top left corner of the display. The film shows Motorola One Vision will flaunt a 6.3-inch full-HD+ CinemaVision display. The display piercing will be housing a 25-megapixel shooter for selfies and video calling. As we are on the topic of cameras, the image also reveals that Motorola One Vision will feature a 48-megapixel shooter on the back with AI and optical stabilisation. There is also the mention of 128GB internal storage and Android One software. 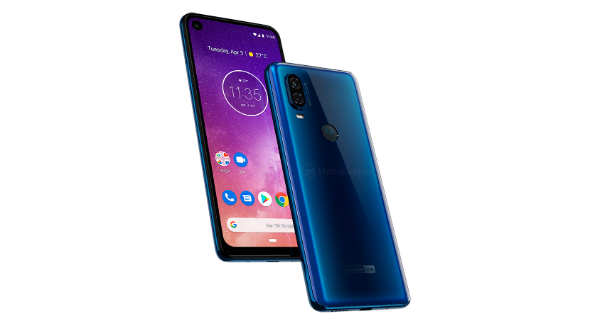 Previous leaks have said that the 6.3-inch display of the phone will feature 21:9 aspect ratio, with a sizeable chin. At its core, the Motorola One Vision will have the Exynos 9609 or Exynos 9610 SoC, clocked at 2.2GHz octa-core processor and backed by 4GB of RAM. The primary 48-megapixel shooter is said to be backed by a 5-megapixel depth sensor for portrait shots. Other features include fingerprint scanner embedded in Moto dimple, 3,500mAh battery with 18W Turbo fast charging and 128GB expandable storage.

The previous leak also suggested that the smartphone might come with a price tag of €299 (around Rs 23,400) and offer a free Motorola Verve earbuds for early buyers. We will get to know more tomorrow when the smartphone goes official, so stay tuned.