We’ve become accustomed to smartphones in the Rs 10,000 – Rs 15,000 range offering ample horsepower, capable cameras and capacious batteries. There are two areas where budget smartphones lack however – design and software. Nokia wants to change this. The company has launched a slew of Android One smartphones of late, offering a stock interface and guaranteed timely Android updates. And while the brand has continued to offer its trademark build quality on all its devices since its rebirth under HMD Global, it’s gone a step further with its recent spate of launches. The Nokia 5.1 Plus is one such device, and boasts a design and materials that are borrowed from its more expensive siblings, the Nokia 6.1 Plus (review) and the Nokia 7.1 Plus. The 5.1 Plus has a clear advantage over the competition on this front, but how does it fare in other aspects? Here’s what I found. 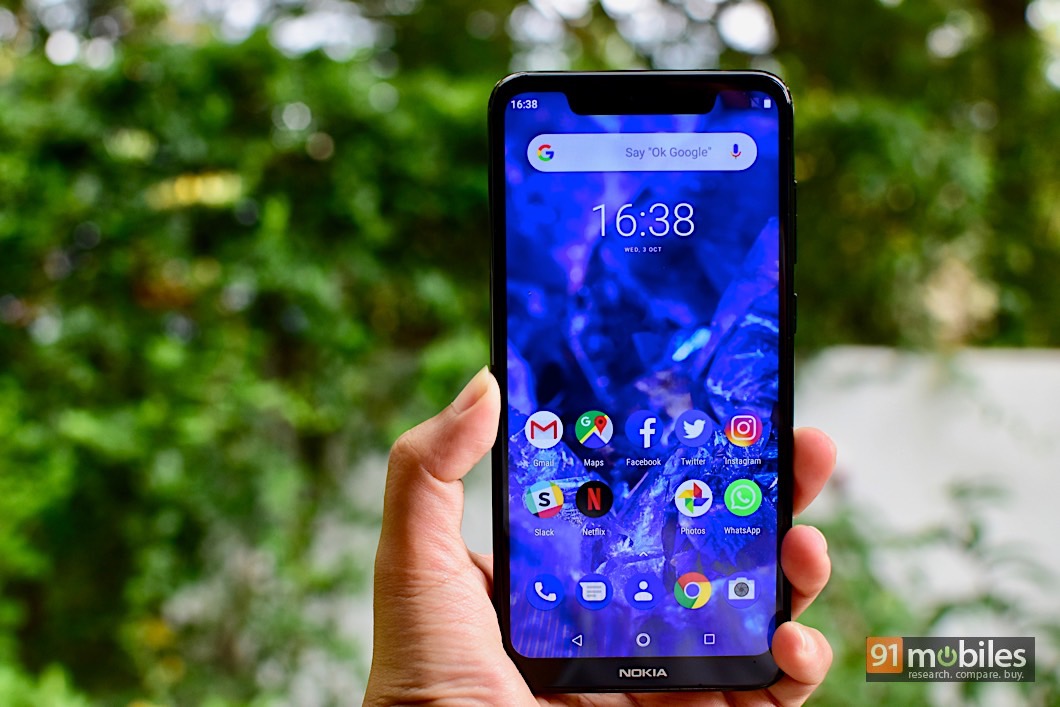 The Nokia 5.1 Plus looks a flagship. I’m not kidding – the phone felt equally if not more premium than my iPhone 8. Like the Nokia 6.1 Plus, it features a glass sandwich design with a shiny polycarbonate frame. The phone feels really solid in the hand, and although the use of glass makes it slippery (you’d definitely want to slap a case on), it’s still got that sturdiness you’d expect from a Nokia device. The Nokia 5.1 Plus borrows the fullscreen 19:9 display with the notch from the 6.1 Plus, along with thin bezels on the side and a narrow chin at the bottom. The high screen-to-body ratio means that even with the 5.8-inch display, the phone can be easily used with one hand, and I say that as someone with small hands.

The device features a USB Type-C port, which you won’t find on most phones in this price band, and thankfully it also retains the 3.5mm jack. The display features HD+ resolution, and while icons and text look sharp, I found that colours looked a bit washed out, especially while playing videos. The Nokia 5.1 Plus also offers an Ambient Display feature, which blacks out the screen and shows you the time, date and notifications when you pick up the device. 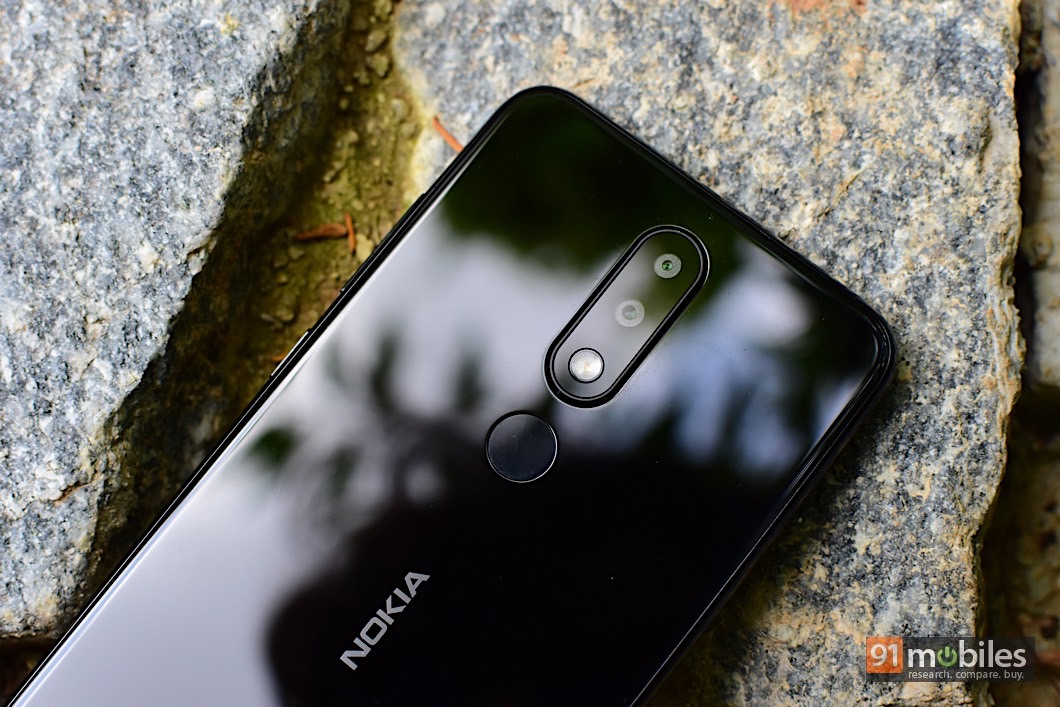 The rear camera on the Nokia 5.1 Plus is a 13MP f/2.0 PDAF unit assisted by a 5MP depth sensor to allow bokeh shots. At the front, there’s an 8MP selfie camera with f/2.2 aperture.  The rear camera can manage decent daylight images, but struggles with focus. I found many photos out of focus even in bright daylight, with the tiniest movement resulting in motion blur. While colours were true to life, images lacked the detail and clarity that you’d find from other cameras in this price range, such as the Xiaomi Redmi Note 5 (review). The bokeh mode features an adjustable slider to change depth and works well enough, although I did notice visible softening around the edges. The front camera can take decent selfies provided the lighting is good. It also offers a bokeh mode, but this is software generated so you can’t adjust the level of depth.

As mentioned earlier, the Nokia 5.1 Plus is an Android One handset, and therefore runs a stock version of Android 8.1 Oreo. Thanks to the Android One program, you can expect security updates for three years and Android updates for two years. Nokia has an excellent track record when it comes to pushing updates to its devices, so you can expect the same on the 5.1 Plus. 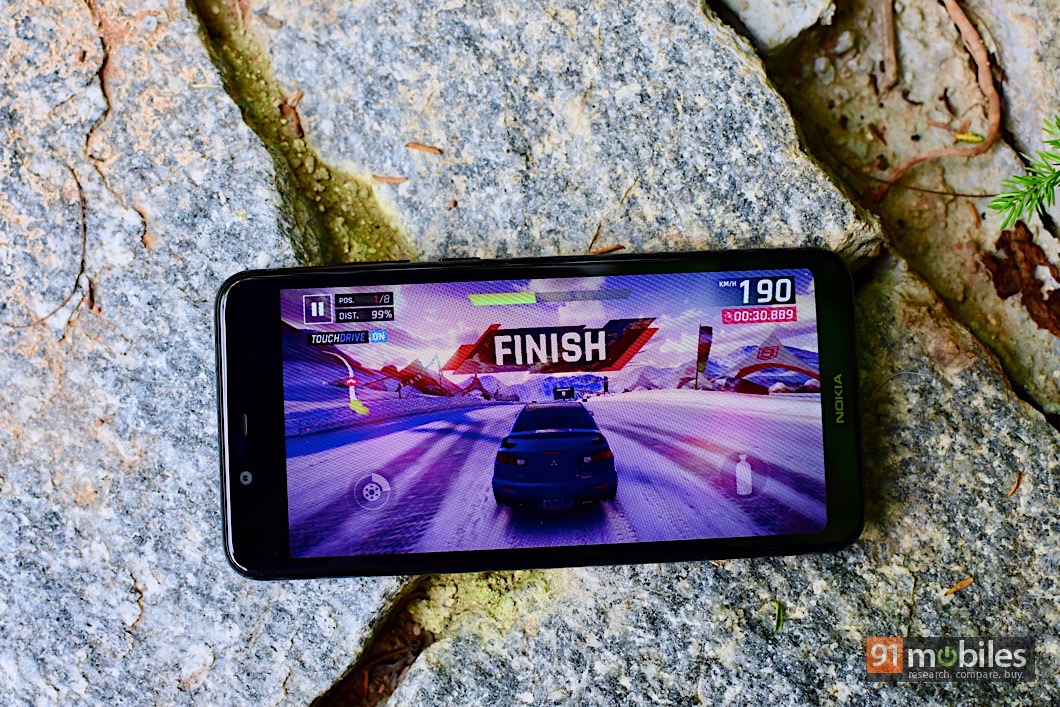 Powering the handset is an octa-core MediaTek Helio P60 chipset, paired with 3GB of RAM. You get 32GB of onboard storage, out of which about 22GB is available to use. You can expand the storage using the microSD card slot, but you’d have to sacrifice a SIM card slot in the process. In my usage, I found the phone to be more than capable of multi-tasking with everyday tasks like browsing, watching videos and using social media apps like Instagram, Facebook, Twitter and WhatsApp. Asphalt 9: Legends plays fine on default graphics settings, and the phone remained cool to the touch after a 20-30 minute gaming session. That said, the Nokia 5.1 isn’t buttery smooth. There’s a short lag (a second or so) when loading the camera app for the first time, and delays between pressing the shutter and the photo being processed. Opening apps and unlocking the phone also took slightly longer than I would have liked – again I’m talking seconds here, but it’s noticeable.

The battery on the Nokia 5.1 Plus is the same as that on the 6.1 Plus – a 3,060mAh unit. The battery easily lasted me an entire day, with over five hours of screen time. If you’re a power user though, you might find yourself reaching for the charger by the evening. In our battery drain test, the Nokia 5.1 Plus lasted for close to 12 hours, while recharging it with the bundled charger took about 2 hours. 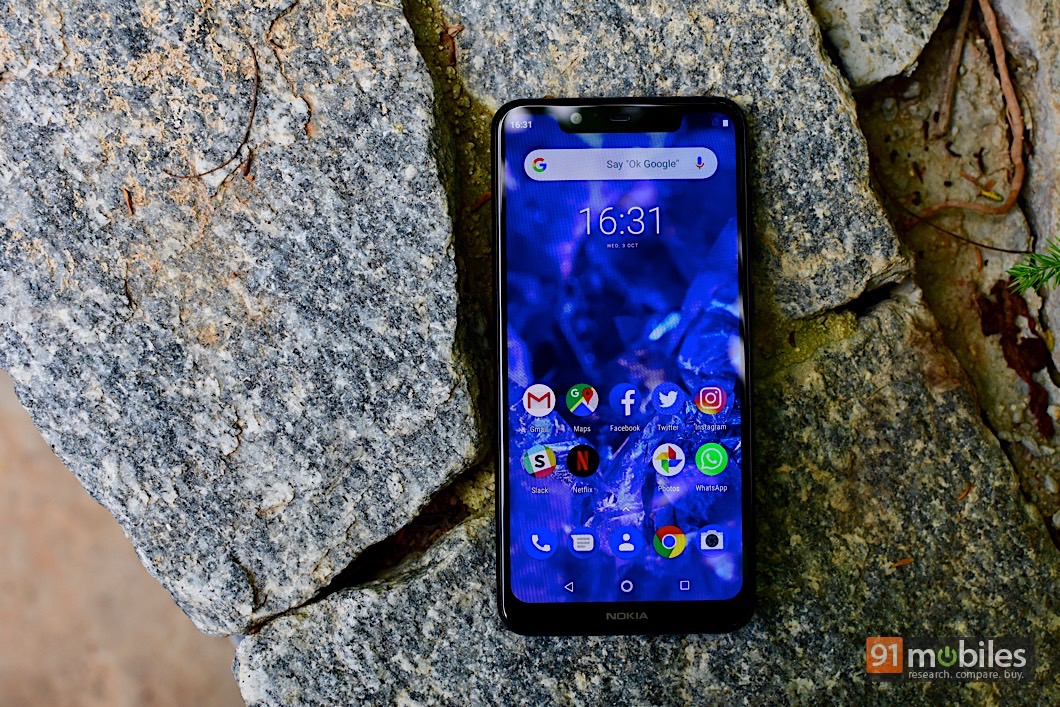 When 91mobiles reviewed the Nokia 6.1 Plus, we praised the device for its design and vanilla software, but felt it lost out to the competition from Xiaomi and ASUS. With the Nokia 5.1 Plus, I’m leaning towards the same opinion. Nokia has really nailed the design of the 5.1 Plus – at Rs 10,990 you won’t find any smartphone which comes close to offering the same build quality. I also like the fact that Nokia has opted for USB Type-C on the device, and kept the software completely devoid of bloatware. But there are areas where the Nokia 5.1 Plus falters – the cameras for instance are not on par with the competition, and the performance and battery life can’t match up to the likes of the Xiaomi Redmi Note 5 and ASUS ZenFone Max Pro M1. That said, with the 5.1 Plus, it feels like Nokia has finally cracked the code for budget phones, and I’m keen to see future offerings from the brand in this segment.