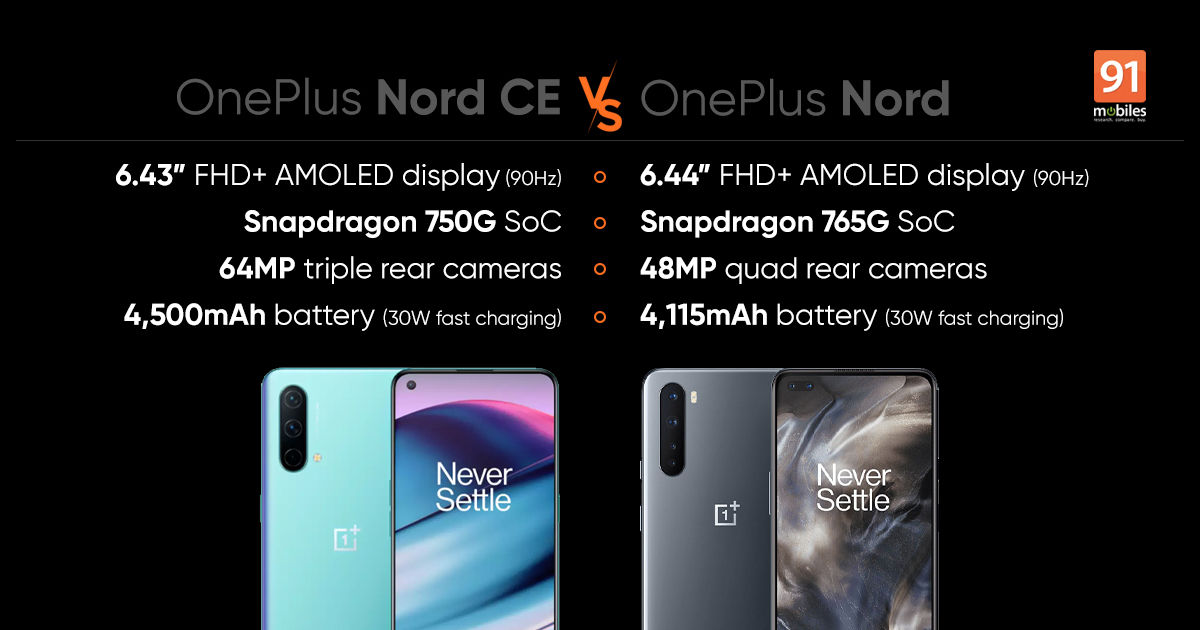 The original OnePlus Nord, on the other hand, costs Rs 24,999 for the base version that has 6GB RAM + 128GB storage. So, the OnePlus Nord CE 5G is Rs 2,000 more affordable than the OnePlus Nord for the same configuration. Similar is the case for the other two variants: 8GB + 128GB at Rs 27,999 and 12GB + 256GB at Rs 29,999. However, it seems the Nord has been discontinued in India as the phone is not available to purchase on the OnePlus website or Amazon.

The OnePlus Nord CE 5G comes with a 6.43-inch AMOLED display with FHD+ resolution, a 90Hz refresh rate, and a left-mounted punch-hole. The original model has a similar display but with a few minor changes. The phone has a 6.44-inch screen, a tad bit larger than that of the OnePlus Nord CE 5G. Plus, the display of the OnePlus Nord has a wider punch-hole compared to that of the CE because of its two front-facing cameras. The rest of the specifications remain the same including the AMOLED technology and a 90Hz refresh rate. 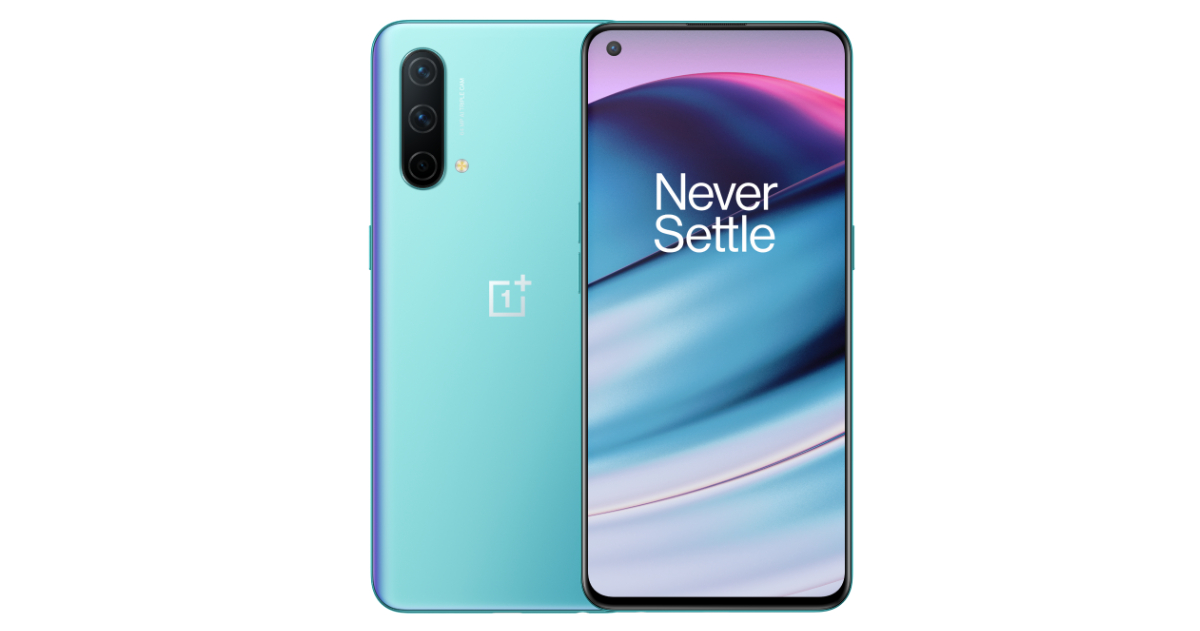 While the OnePlus Nord CE 5G features a triple-camera setup at the rear comprising of a 64MP primary sensor, an 8MP ultrawide camera, and a 2MP depth sensor, the OnePlus Nord has a quad-camera setup at the rear with a 48MP primary sensor featuring optical image stabilisation (OIS), 8MP ultra-wide camera, 5MP depth sensor, and 2MP macro lens.

Coming to the front cameras, the OnePlus Nord CE 5G has a 16MP sensor, whereas the Nord has a 32MP main camera and 8MP ultrawide lens for selfies. Considering the primary selfie sensor of the latter is larger, expect it to offer a better image quality in most scenarios than the 16MP sensor in the latter. Moreover, the ultra-wide selfie camera of the older phone is very useful when you want more people to fit in the frame. Therefore, the OnePlus Nord takes the crown for the selfie camera performance as well.

The OnePlus Nord CE 5G is powered by the Qualcomm Snapdragon 750G processor, whereas, the OnePlus Nord has the Qualcomm Snapdragon 765G under the hood. While both smartphones have enough power to handle heavy tasks and graphics-intensive games with ease, the OnePlus Nord comes ahead in the race as it has a more powerful chipset. Having a more powerful SoC ensures that your phone will not slow down for a longer period of time. As for the software, both devices ship with the Android 11 OS and Oxygen OS 11.1 customisation. So, it is a tie between the both in terms of the software experience. 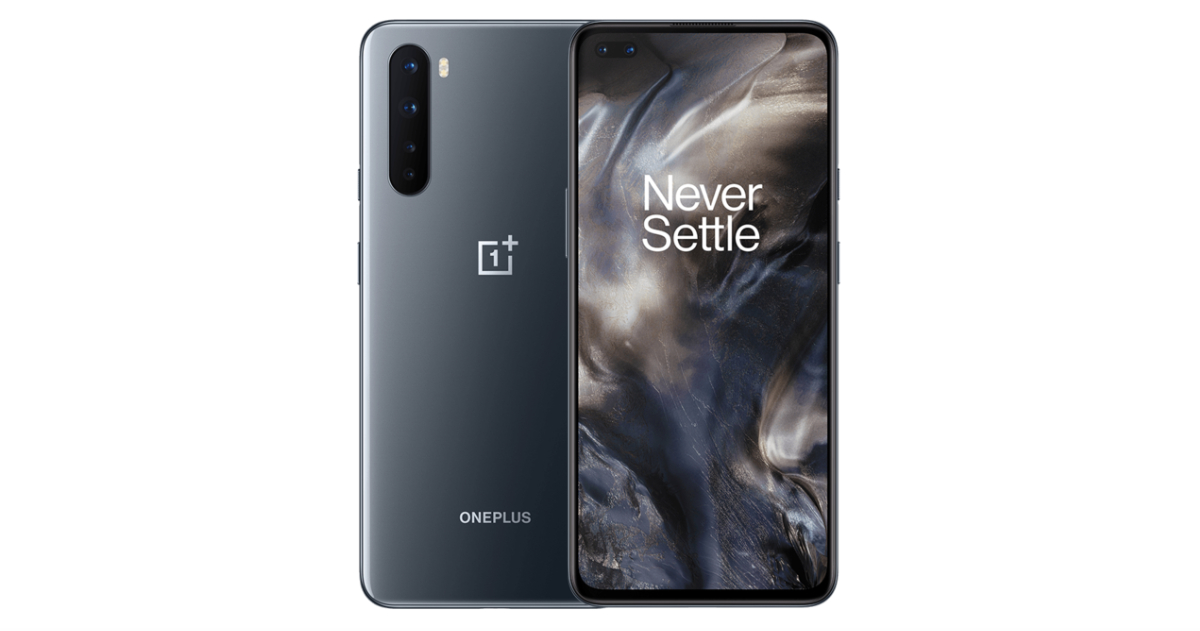 The OnePlus Nord CE 5G packs a 4,500mAh battery, which is significantly larger than the 4,115mAh unit in the original smartphone. Since the two have similar display panels and processors, they both will have a similar power consumption. However, as the OnePlus Nord CE 5G has a larger battery pack, it will undoubtedly offer a longer battery backup. When it comes to charging speed, both phones have 30W charging.

People buying a smartphone around Rs 25,000 are usually tight on budget and it doesn’t make much sense for them to spend extra money on wireless earphones. This is where the OnePlus Nord CE 5G shines. People can just take advantage of its inbuilt 3.5mm audio jack and use their existing earphones with the device. Sure, you can do that with the OnePlus Nord too, by using an adapter, but the inbuilt 3.5mm audio jack in the CE model is much more convenient to use. Due to this one factor, the latter wins the connectivity round.

While you decide which smartphone to buy between the OnePlus Nord CE 5G and the OnePlus Nord, you can check out more news about the other upcoming smartphones as well as popular product recommendations on our Facebook, Twitter, and Instagram pages and head to our YouTube channel for the latest videos.