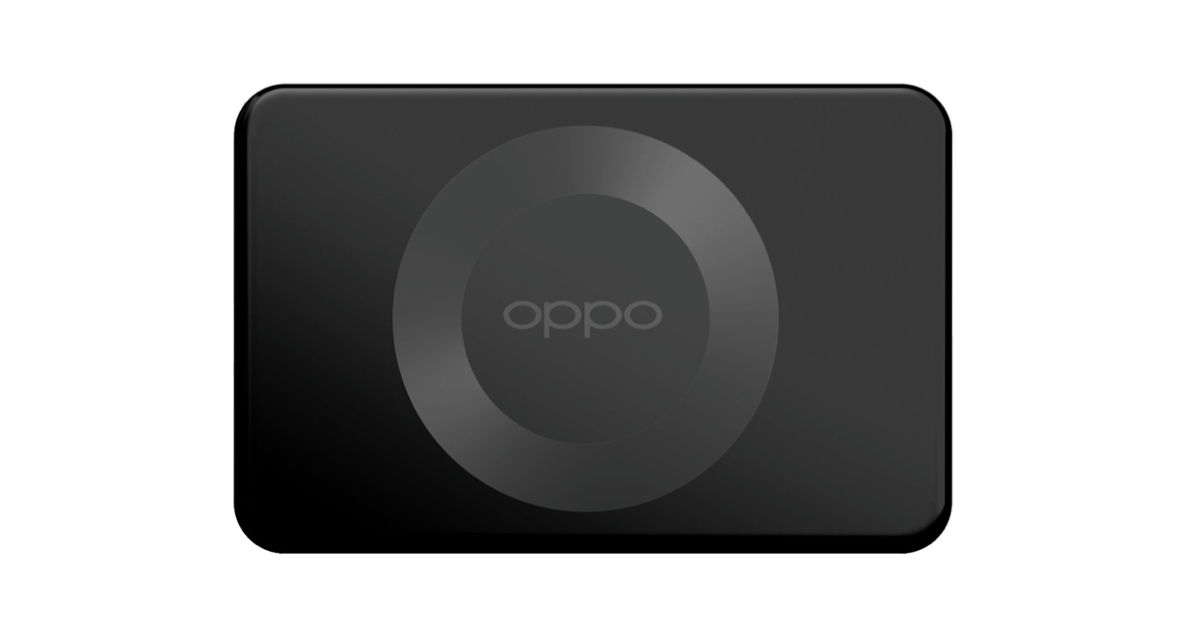 It was reported back in January that OPPO is planning to launch a Bluetooth smart tag with the OPPO Find X3 series. The OPPO Smart Tag will be similar to Samsung’s own Galaxy SmartTag that was announced during the Galaxy S21 series launch. Now, we have spotted the upcoming OPPO Smart Tag in a patent filed at China’s CNIPA. The patent has a number of images that reveal the design of the Bluetooth tracker from all angles. The design shown in the patent is slightly different from the one LetsGoDigital found in January.

The OPPO Smart Tag patent images show a design that is flatter and larger compared to the images discovered by LetsGoDigital in January. The rectangular slab has the OPPO logo in the middle and a circular pattern around it. We don’t see any hole which would allow one to attach the smart tag to a personal item. A Bluetooth smart tracker is meant to help you find your important personal items like keys, a bag, or a pet by attaching the device to them.

It is unclear at the moment if the final design of the OPPO Smart Tag will look similar to the one spotted on CNIPA this week or the one seen back in January. As of now, the OPPO Smart Tag is expected to launch alongside the OPPO Find X3 series on March 11th, which means we won’t have to wait too long to know what the Bluetooth tracker will look like.