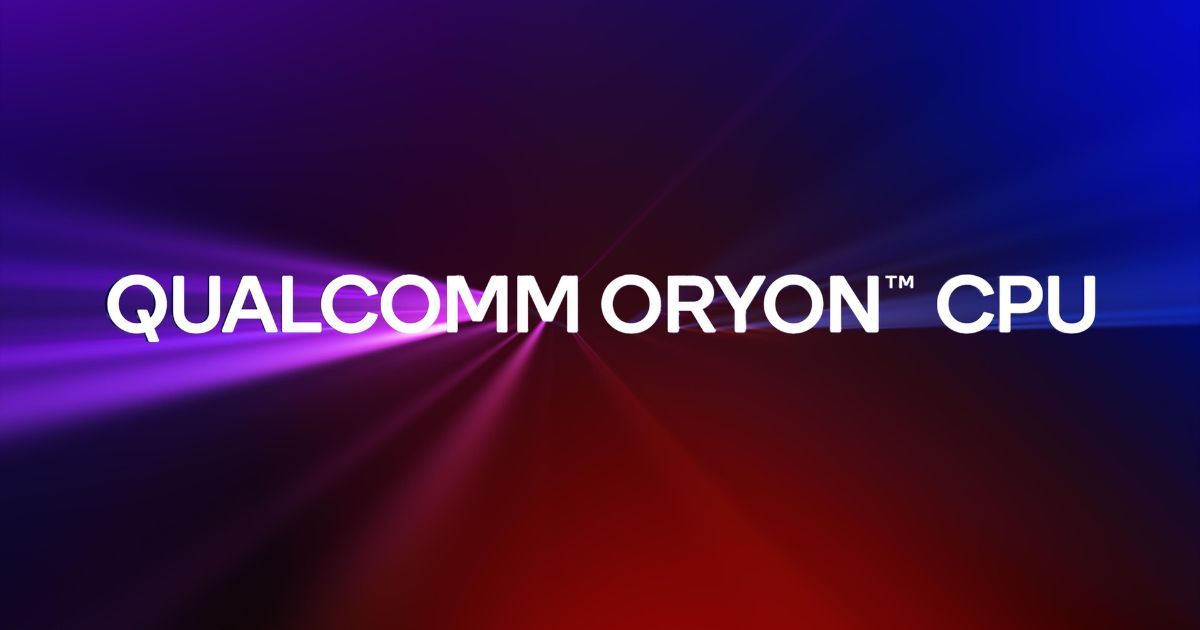 Along with its efforts in the smartphone space, Qualcomm has been focusing on computing platforms for a while now. The brand has been introducing chipsets for laptops for the past couple of years now. But it’s taking its biggest leap now. Just like Kryo, which is a custom architecture for its Snapdragon Mobile Platforms, the company has now announced Oryon for the Snapdragon Compute platform.

Sadly, the details haven’t been shared as of now, and the brand has only unveiled the branding for its new CPU for mobile computing at the ongoing Snapdragon Summit 2022 in Maui, Hawaii. Qualcomm did highlight what differentiates its computing platform – including dedicated AI functionality.

Unlike a regular PC which puts the load on CPU and GPU for AI features like background blur while conducting video calls, the Snapdragon Compute Platform comes with a dedicated Hexagon Processor that enables a slew of AI features like background blur, noise suppression, eye gaze correction, and auto-framing in video calls. These are already available on Microsoft Surface Pro 9 5G, which features a custom Microsoft SQ3 chipset powered by Snapdragon. In short, Qualcomm’s offerings make it a leader in AI capabilities in Windows 11 PCs. Not to mention that Qualcomm’s expertise in small form factors of smartphones enables it to focus on thin and fanless designs for laptops too. 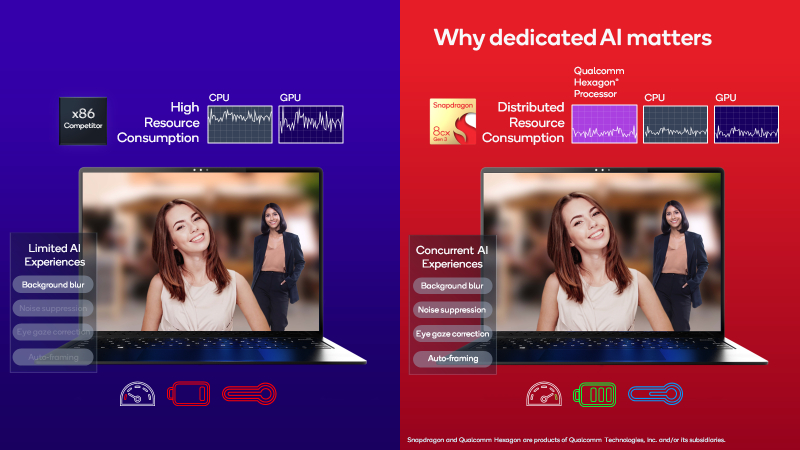 Qualcomm also announced partnerships with Adobe and Citi that are unlocking additional features with the AI capabilities on the Snapdragon Compute platform. While Adobe will be offering native support for more of its Creative Cloud applications, Citi has mentioned that it’ll transition more than 70 percent of its 300,000 global users to offerings powered by the Snapdragon Compute platform.