91mobiles.com
Home News Realme 6i launch date revealed, will be the world’s first phone with... 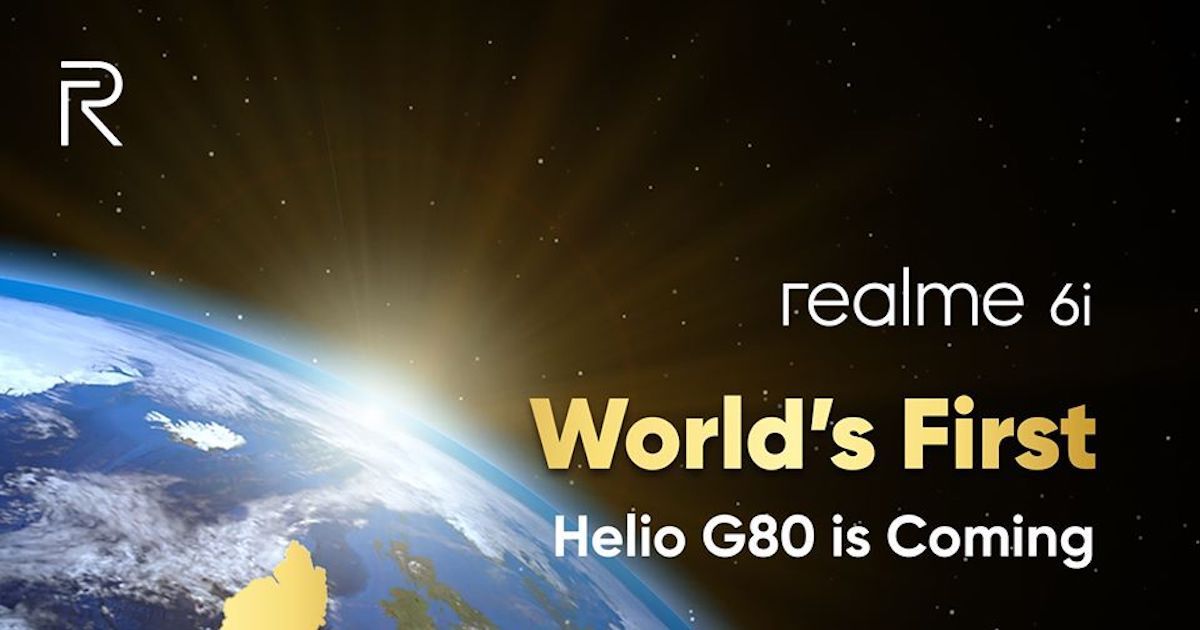 After the Realme 6 and Realme 6 Pro, the company is ready to launch the Realme 6i. The newest entry to the Realme 6 series now has a launch date after being spotted on Geekbench and FCC previously. Realme 6i launch date has been set for March 17th and the smartphone will be announced in Myanmar. The company officially revealed the launch of the upcoming smartphone via its Realme Myanmar Facebook page, where we also learn a few key Realme 6i specifications. Notably, this will be the world’s first phone to launch with the Helio G80 SoC. The Realme 5i successor will also support 18W fast charging over a Type-C port.

Realme 6i launches on March 17th

Realme 6i launch date posters
1 of 3

The FCC website also mentions that the Realme 6i will measure 164.4×75.4×9.0mm and weigh 195 grams. The device will house a 5,000mAh battery, so a faster 18W charging support will be welcomed. The phone should also ship with Realme UI based on Android 10 out of the box.