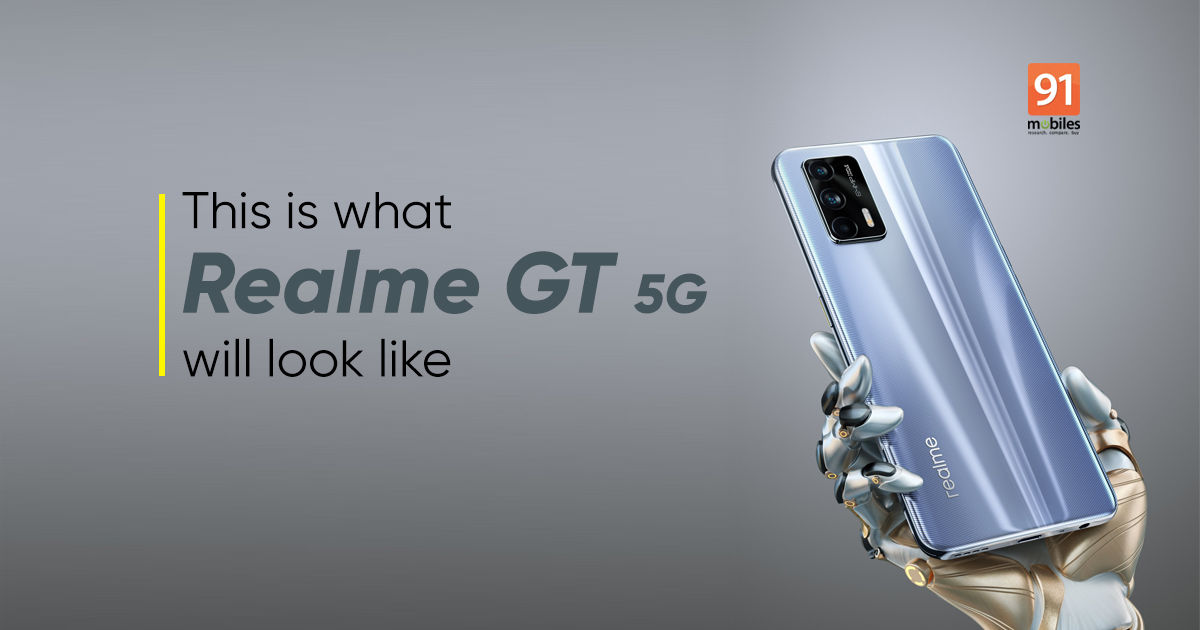 Realme GT (previously known as Realme Race) has been part of leaks and rumours as we approach the phone’s March 4th launch date, but now the phone’s official posters have revealed the upcoming handset’s design and some crucial details. Most notably, the new posters — shared on Weibo — show that the handset will feature a triple camera setup at the back, headlined by a 64MP primary sensor. Separately, a Realme GT banner has also been spotted at MWC Shanghai. Interestingly, the banner spotted at the event shows a different colour option than the one shown in the official poster. The official poster shows Realme GT in a metallic grey colour while the banner shows it in yellow colour with a black stripe at the back, reminiscent of a sports car, which also inspired the phone’s name too. 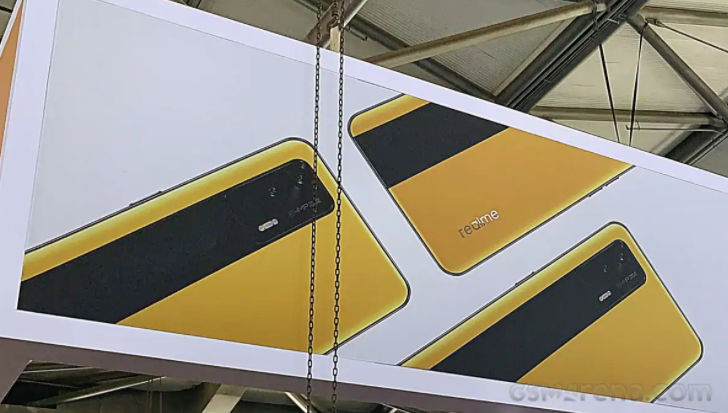 Coming back to the official Realme GT poster, the handset can be seen with a 3.5mm audio jack, which cannot be taken for granted these days, a USB Type-C charging port, and a speaker grille at the bottom. The power button can be seen on the right of the phone (left in the image). While you might have to look really hard at the outline to spot the audio buttons, the phone seems to have these on the left spine. The rectangular camera setup at the back of Realme GT shows an elongated LED module as well to assist the primary camera setup. While the camera bump doesn’t appear to be significant in the render, we will have to see the phone in real life to make a fair assessment regarding this aspect. 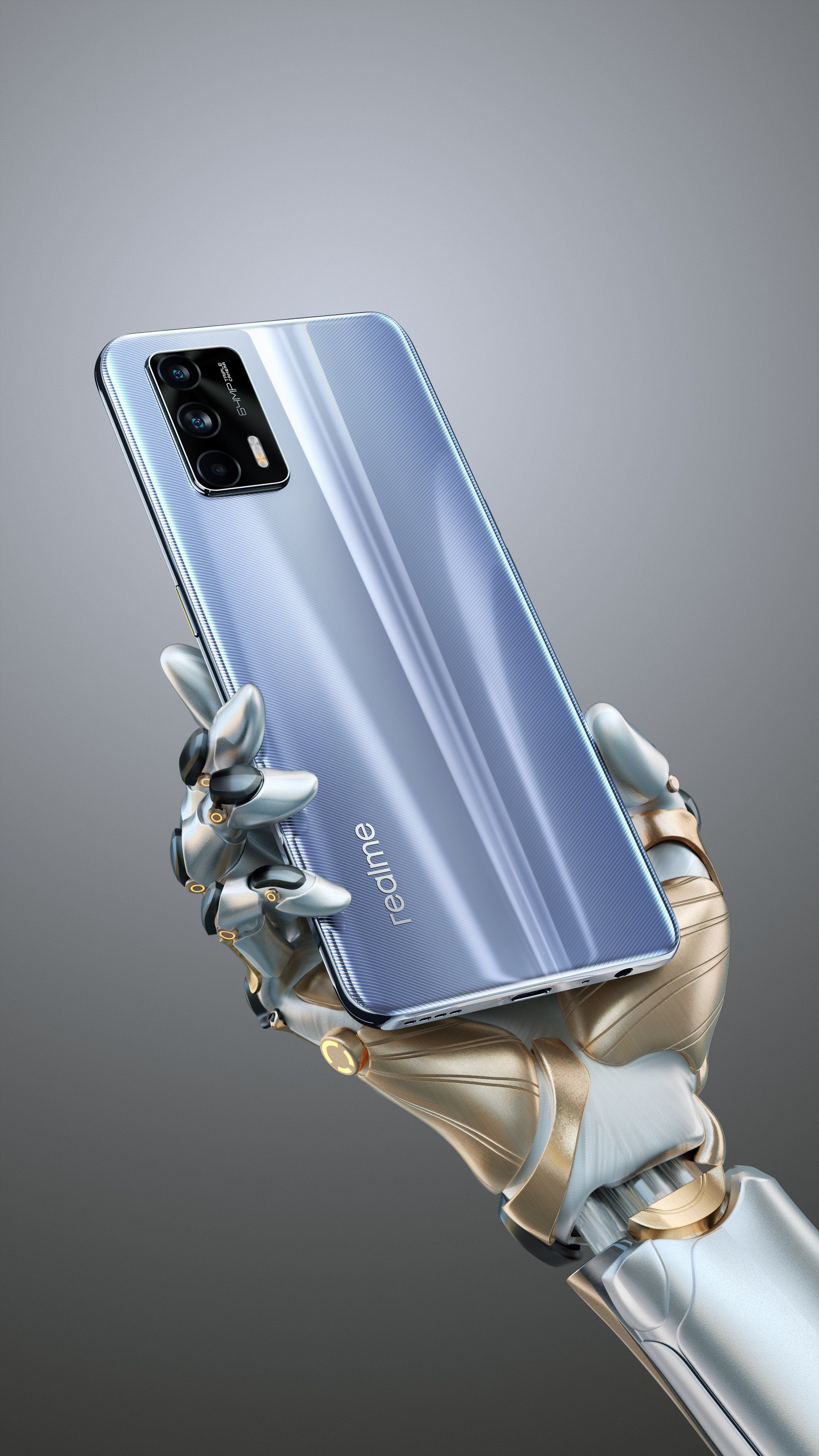 Moving on to the expected Realme GT 5G specifications, the phone has already been confirmed to be powered by the flagship Snapdragon 888 chipset. Previous leaks suggest that the phone will sport an AMOLED display with a punch-hole design for a selfie camera. As far as the battery backup is concerned, the Realme GT 5G could pack a 5,000mAh battery with 65W fast charging support. The upcoming Realme phone has also has been tipped to feature up to 12GB RAM. If there is a Pro variant of the phone, as per rumours, it could come with up to 125W fast charging support and feature a display with up to 160Hz refresh rate.