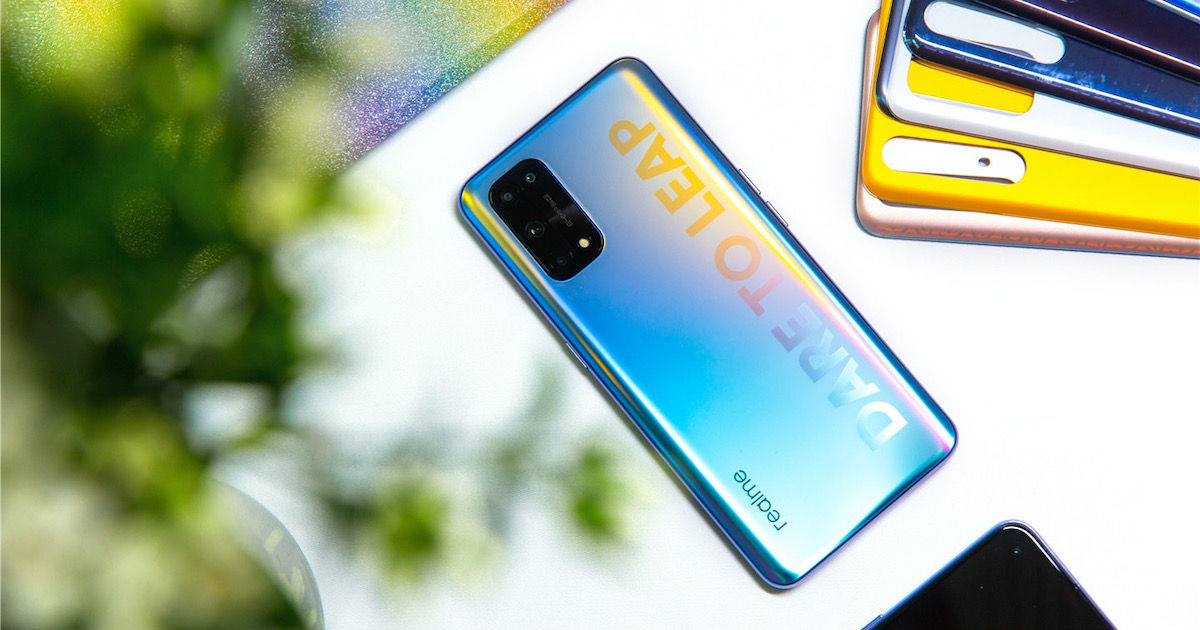 Ahead of the Realme X7 series launch in China on September 1st, a leaked image circulating on Weibo reveals what could be the price of the Realme X7 Pro model. The image not only shows the price of the 6GB + 128GB model, but also lists some key specifications, including, the MediaTek Dimensity 1000+ SoC, 120Hz display, 65W fast-charging support, 64MP primary camera, and a 32MP selfie snapper. 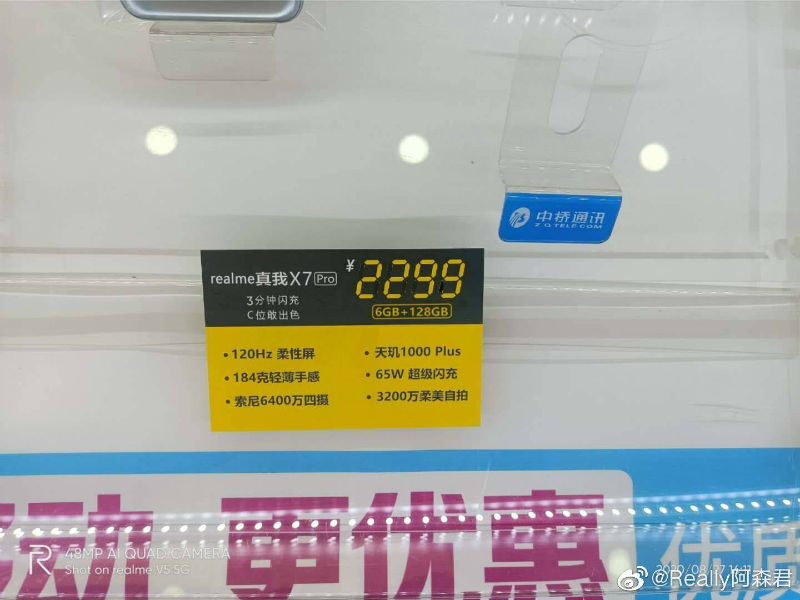 The Realme X7 Pro is said to weigh 184 grams and will be equipped with a 120Hz AMOLED screen. The phone has already been listed on JD.com with renders that tell us what the device will look like. The Realme X7 Pro will have a single punch-hole cutout at the top left corner and a rectangular camera module at the back. The volume rocker is on the left, while the power button is on the right side. The listing revealed it will have a peak brightness of 1200nits, 4096-level brightness adjustment, and will adapt COP packaging technology.

According to leaked specifications, Realme X7 Pro is said to pack a 6.55-inch AMOLED display with 2,400 X 1,080 pixels resolution. The quad-camera setup at the back will include a 64MP primary sensor, an 8MP secondary lens, and a couple of 2MP sensors. It is said to pack a 32MP snapper for selfies and video chats. The phone will house a 4,500mAh battery and support 65W fast charging.