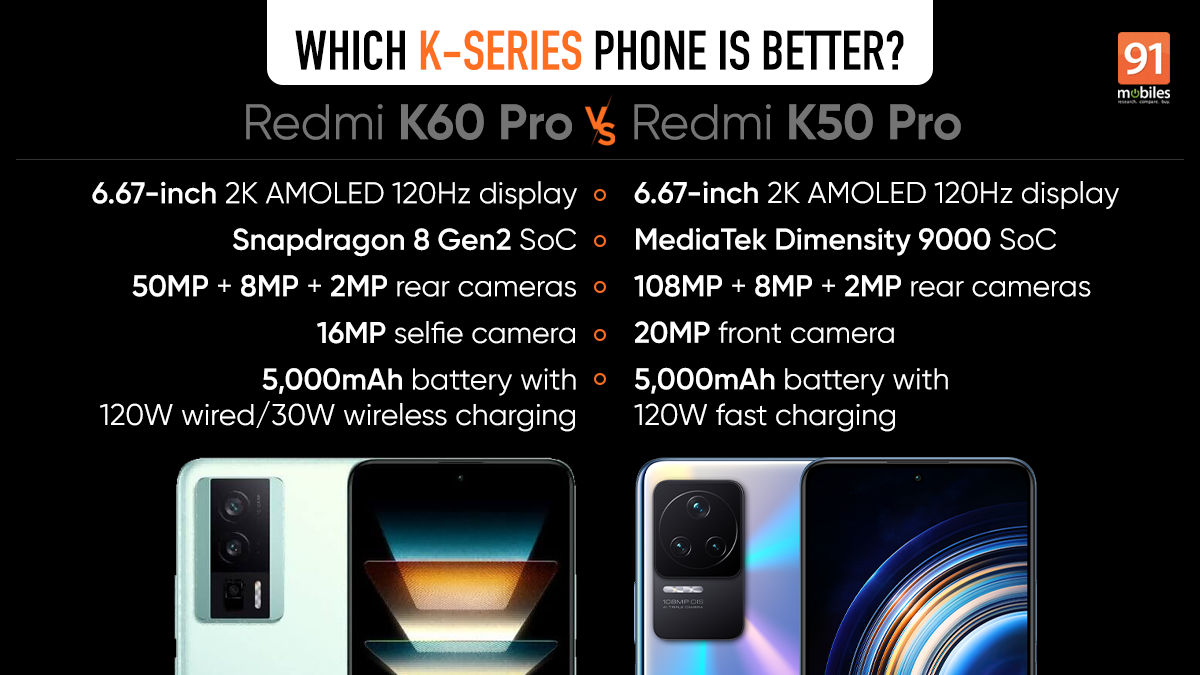 The mid-ranged Redmi K-series smartphones are quite popular among their users. Now the company has introduced the Redmi K60 series as the successor to the Redmi K50 line in China. The new lineup includes three smartphones – Redmi K60, Redmi K60 Pro, and Redmi K60E. The Redmi K50 series, which was launched earlier this year, also consists of a vanilla and a Pro variant – Redmi K50 and K50 Pro. In this article, we will compare both the Pro models to understand the similarities and differences between both smartphones. 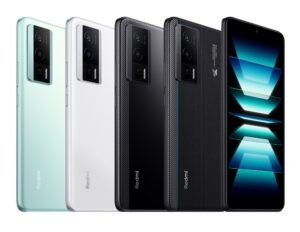 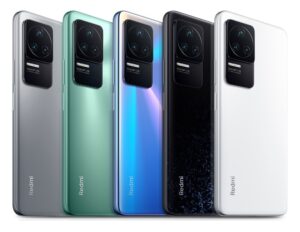 The newly launched Redmi K60 Pro 5G sports a triple rear camera setup, which consists of a 50MP primary sensor with optical image stabilisation (OIS) and LED flash, an 8MP ultra-wide-angle camera, and a 2MP macro shooter. For video calls and selfies, there is a 16MP camera in the front. Meanwhile, the Redmi K50 Pro features a 108MP Samsung HM2 primary sensor with OIS, an 8MP ultra-wide-angle lens, and a 2MP macro lens. It has a 20MP front camera.