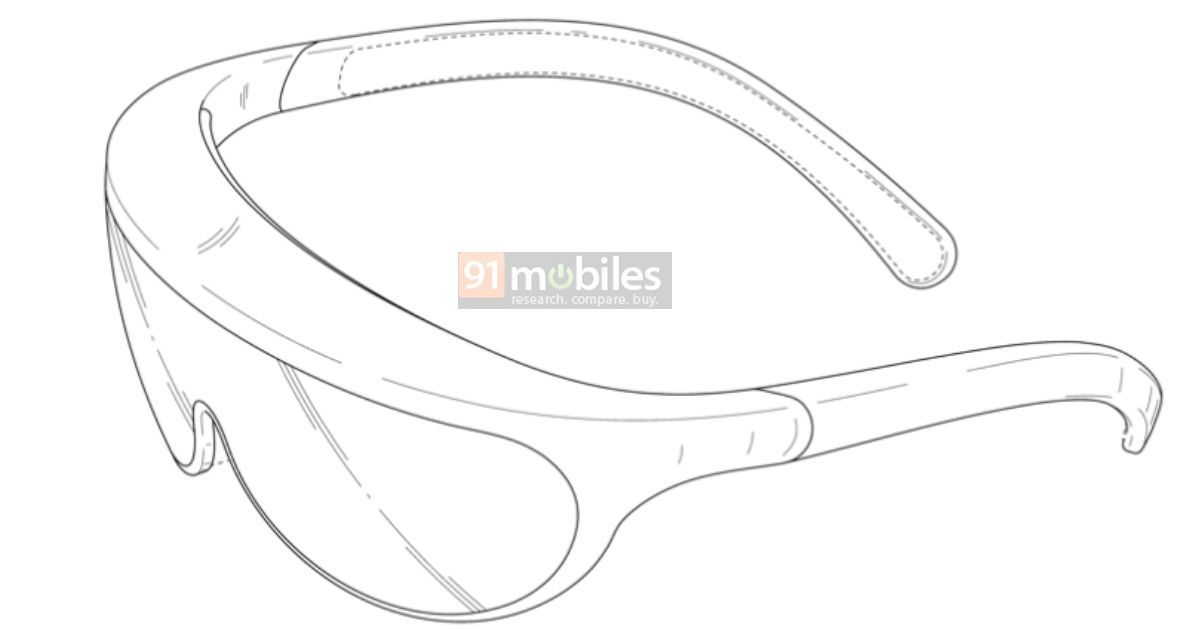 Samsung has been working on high-end augmented reality glasses for a while now. We saw the company give a demo of its AR glasses at CES 2020, but there has been little information on its commercial launch. A new patent application at the Korean Intellectual Property Office, discovered by 91mobiles, shows images of what the final product could look like. The description mentions “head-mounted device”, so we’re fairly certain these are AR glasses. It will have a metal build and synthetic finish, according to the description in the patent.

The patent images show a typical spectacles-like design, which would make it easier for the wearer to sport around. You can see a strip above the lenses, which is where at least dual front-facing cameras are expected to be present alongside the usual sensors. There’s also an elongated nose rest for a comfortable fit and the AR Glasses legs are slightly angular. The thick frame could house a wide range of components, probably the processor, RAM, Wi-Fi transceivers, and possibly cellular connectivity as well. Unfortunately, the patent document doesn’t reveal any technical aspects of the device and only shows the design.

As is the general idea with AR glasses, Samsung’s AR glasses should overlay virtual content over the actual world you see around you. While the AR glasses patent shows what seems to be the final design, it is still unclear whether Samsung plans to commercially launch them at all.