Home Feature Most underrated smartphones of 2022: these phones are worth a closer look 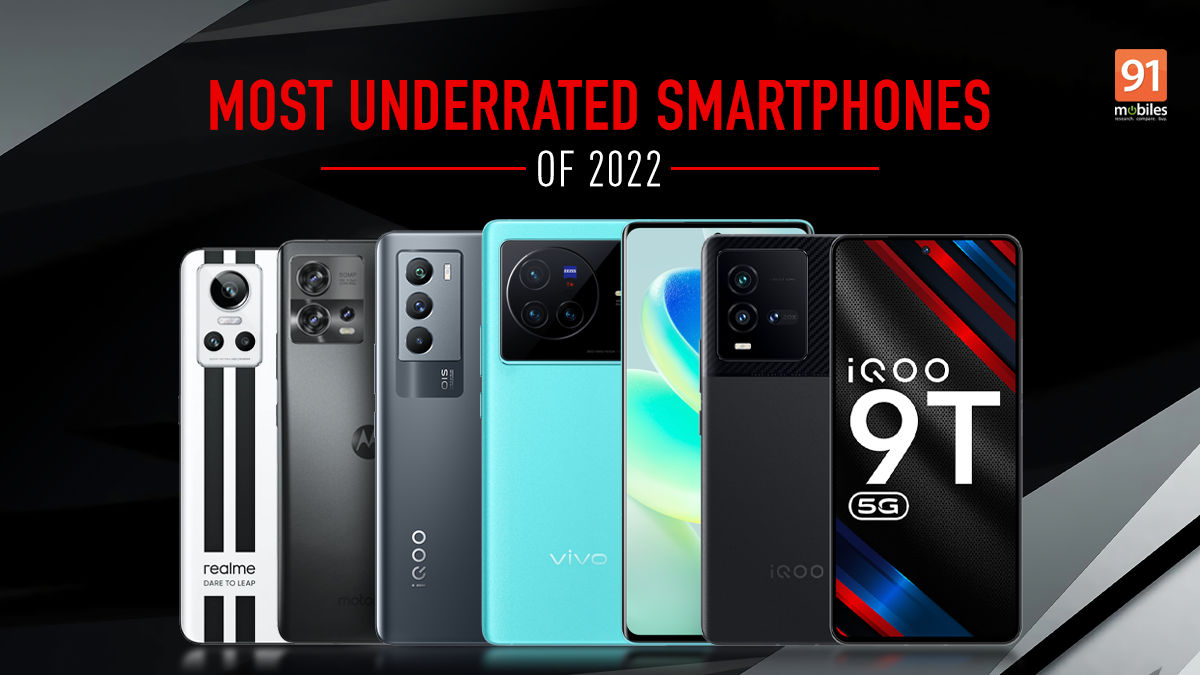 With just a month to go before 2022 ends, it’s time to take a look back at the smartphones that launched this year. The year saw quite a few interesting devices, many of which went on to become massively popular. And then there were some that didn’t get the attention they deserved, but are worth a second look if you ask me. The list includes some of the best performers in the market, value-for-money offerings and others that just seem better than rivals. Here’s a list of the top five smartphones that you definitely should consider before the year is over.

iQOO has been releasing some truly impressive phones in the Indian market at very competitive prices. The iQOO 9 SE (review) is one such device and it lands squarely in the affordable flagship category. Currently costing Rs 33,990, the device is the cheapest phone you can find with the last year’s flagship Qualcomm Snapdragon 888 SoC. That makes it one of the fastest phones in its segment and capable of taking care of your processing needs for several years. 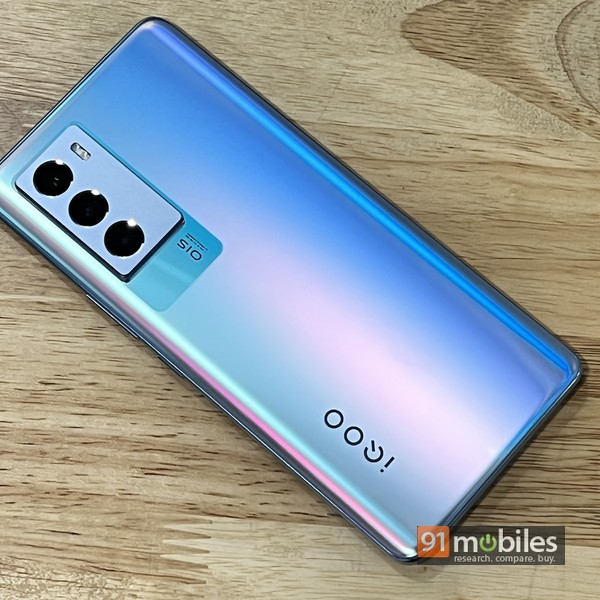 Apart from that, the device scores high in the camera department as well. The 48MP primary shooter is capable of pushing out accurate colours and decent highlight control in a variety of lighting conditions. Also, the device offers excellent 66W charging capabilities that can juice up the 4,500mAh battery in about 30 minutes. Some bloatware issues notwithstanding, the iQOO 9 SE gets my nod as one of the best choices under Rs 35,000.

Another iQOO phone makes the list, proving to be a better alternative to the more popular OnePlus offering. Qualcomm’s Snapdragon 8+ Gen 1 SoC rectifies the thermal throttling issues being faced by the previous 8 Gen 1, and the OnePlus 10T (review) was one of the first phones in India to come with this new chipset, closely followed by the iQOO 9T (review). While both devices are priced exactly the same, the 9T performs better on benchmarking tests. 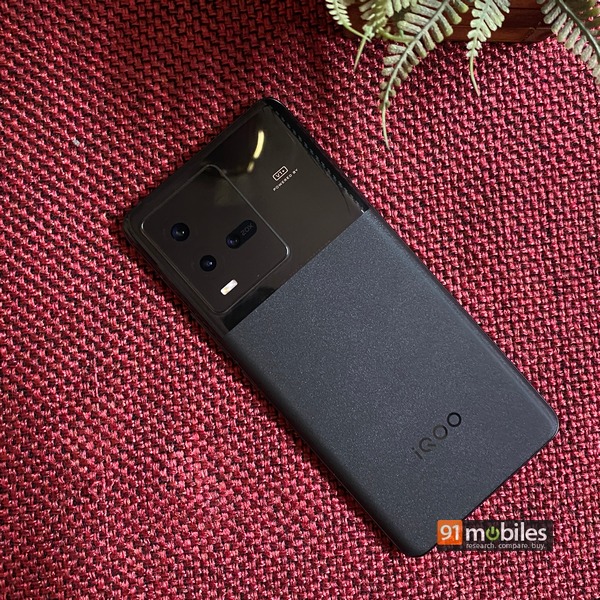 Also, the 9T offers a better ultra-wide shooting experience and a brighter E5 AMOLED panel as compared to the former. The OnePlus 10T does charge a bit faster at 150W as compared to 120W on the 9T, but that difference entails only a one-minute faster charge from 0 – 100 percent. Lastly, and this can be a personal choice, the iQOO 9T does look a tad bit more premium on the outside as compared to the OnePlus 10T. So if you want the current fastest Android phone in the market, look no further than the iQOO 9T.

Now Realme is a fairly recognisable brand in the budget and mid-range segments. However, its GT Neo series is one that should be grabbing significant eyeballs, especially the Realme GT Neo 3 (review). The device happens to have the exact same specifications as the OnePlus 10R, yet you can get the GT Neo 3 for nearly Rs 3,000 cheaper on Croma. I am talking, however, only about the 80W charging variants of both devices. You get the Dimensity 8100 SoC on both phones but running a few benchmarks shows the Realme GT Neo 3 throttling down less than the OnePlus 10R. 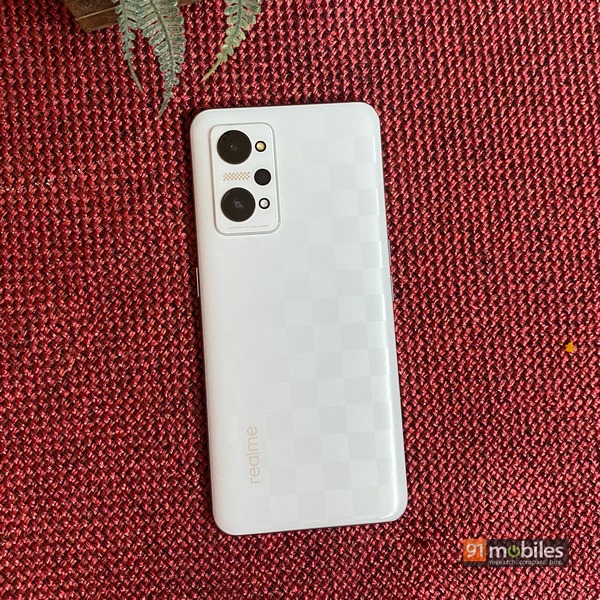 Also, there was a difference in how both phones processed images with Realme’s colour science more to my liking than OnePlus. Apart from that 10R also clicked overexposed low-light shots while the Neo 3 does a better job with lighting and handling noise. So to get a proper flagship killer experience, I would certainly pick the Realme GT Neo 3 over the OnePlus 10R (review).

The Vivo X80 (review) has to be one of the most underrated smartphones of the year. It is the only phone in the market with MediaTek’s flagship Dimensity 9000 SoC, making it, at one point, the fastest Android phone on the market. It also utilises Sony’s IMX 866 primary sensor for image-taking capabilities along with a 2X telephoto and a 12MP ultra-wide shooter.

The phone also charges super fast at 80W and has a stellar E5 AMOLED panel with a 120Hz refresh rate. Priced at Rs 54,999, the device easily bests the Samsung Galaxy S22 in almost all regards and should be considered a top phone in the flagship market right now.

Motorola’s recent launches all undercut the competition and offer excellent value for money. One of the devices is the Motorola Edge 30 Fusion which costs Rs 39,999 currently and is packed to the core with features. For starters, the phone runs on Qualcomm’s Snapdragon 888+ platform, which makes the device extremely powerful. 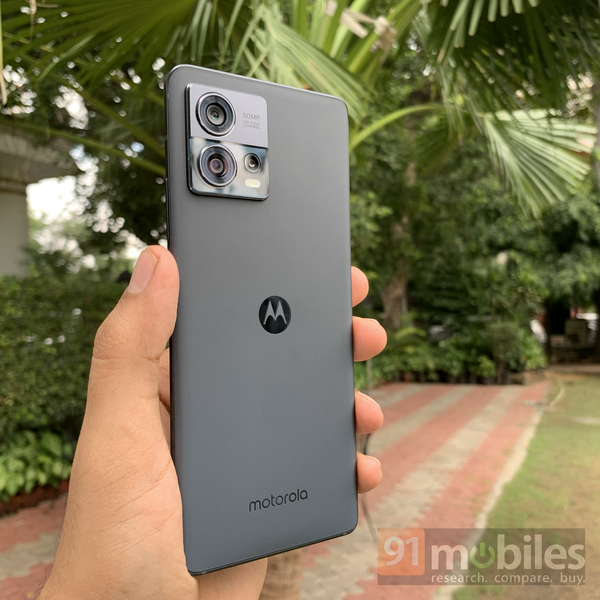 On top of that is the 144Hz pOLED panel with HDR10+ support and FHD+ resolution. The phone also packs in a decent optical setup with a 50MP primary shooter, 13MP ultra-wide, and 32MP selfie camera. It does compete with offerings from iQOO, Realme, OnePlus, and more but none of these OEMs can outdo the Edge 30 Fusion in terms of its display, software, and processing capabilities.