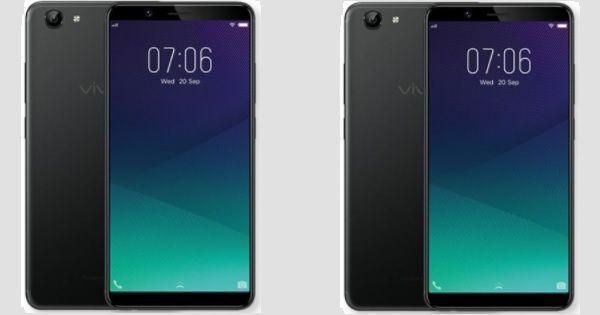 “The Y71i comes as a slightly downgraded variant of the Y71”

[Updated: July 17th, 2018]: Our retail sources have now revealed to us that the Vivo Y71i has been priced at Rs 8,990, and is available through major brick and mortar stores across the country.

Earlier this year in April, Vivo launched its latest Y series budget smartphone called the Y71 in India. Now, 91mobiles has learned from its retail sources that the company is planning to expand its range of affordable devices with the launch of a new variant of the Vivo Y71,  called the Y71i. The new phone has a slightly downgraded rear camera, and comes with different RAM and storage capacity. 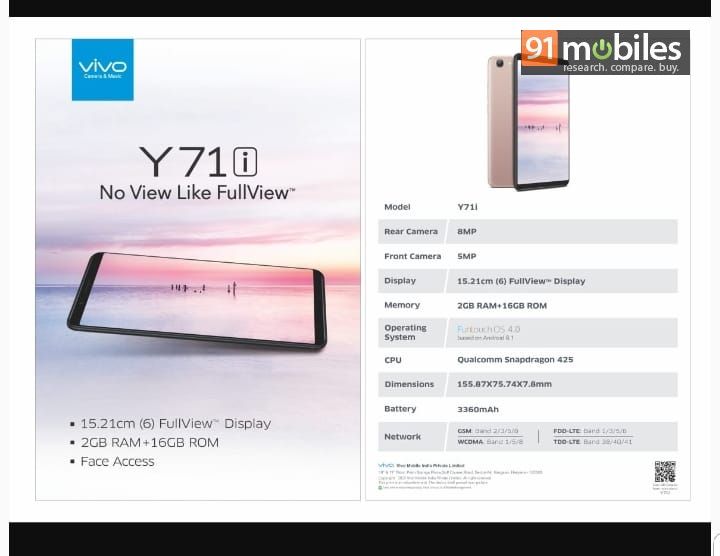 The Vivo Y71i comes with 2GB of RAM, 16GB of storage, and an 8-megapixel primary shooter at the rear. The rest of the specifications of the phone are the same as the Vivo Y71. The device ditches a fingerprint sensor, and relies on face unlock feature for authentication. The phone sports a 6-inch Full View display bearing a resolution of 1,440 x 720 pixels and an aspect ratio of 18:9. 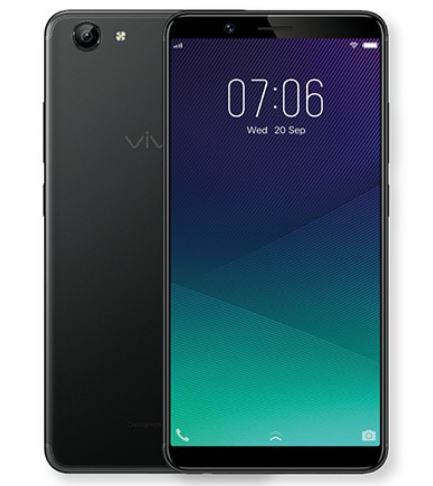 The Vivo Y71i sports a 5-megapixel camera on the front for selfies and video calling. Powering the handset is an octa-core Qualcomm Snapdragon 425 processor. The connectivity options include 4G LTE, dual-SIM slots, Wi-Fi, Bluetooth, and GPS. A 3,360mAh battery keeps the handset running. As far as the software platform is concerned, the device runs FunTouch OS 4.0 based on Android 8.1 Oreo.

The Vivo Y71i is expected to go on sale via major brick-and-mortar stores across the country soon.