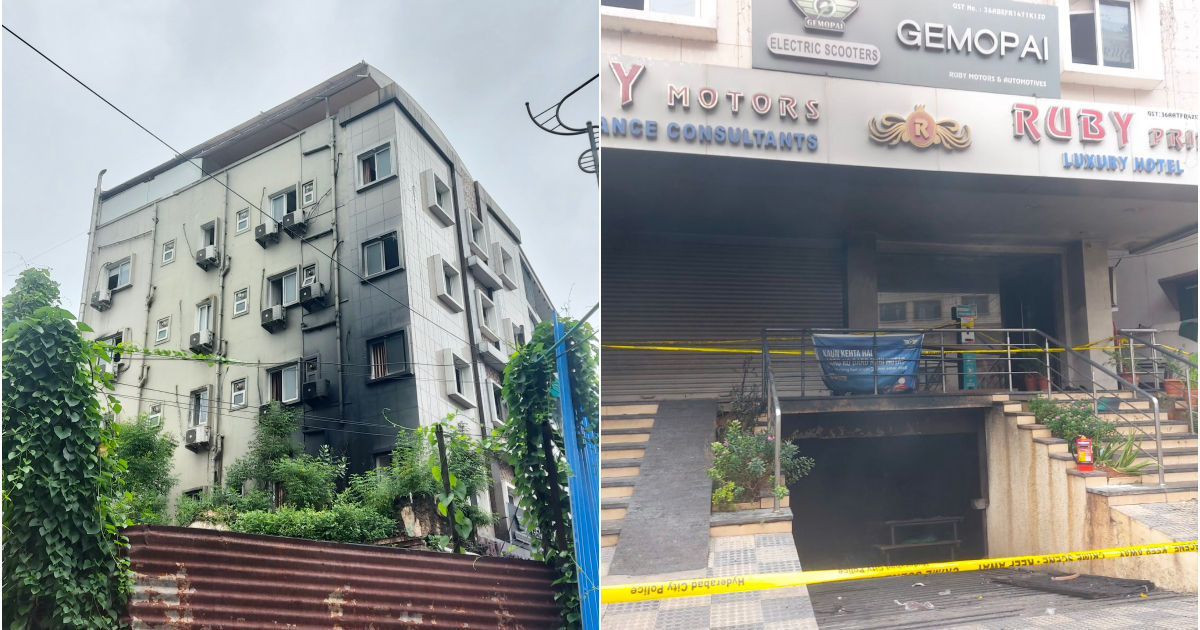 A massive fire broke out in Secunderabad, Telangana State, killing eight people and injuring many others. As per reports, the mishap occurred in a building that housed an EV showroom at the ground floor level and a hotel on the upper floors.

Early reports indicate the fire happened due to a short in the building’s basement where around 40 electric bikes were parked. The incident has caught the attention of the Prime Minister’s Office and the state government, both of which have issued their condolences and ensured a token compensation.

A multi-storeyed building which housed an EV showroom at the ground level and a hotel on the upper floors caught on fire in the city of Secunderabad, Telangana State. The fire started in the basement or ground floor and choked the only entrance/exit to the building. This trapped around 25 people residing in the 23 rooms in the hotel above the showroom. The investigation conducted so far has indicated that a total of 40 electric two-wheelers were present at the showroom. A short circuit while charging occurred, which led to the fire.

Chandana Deepti, Deputy Commissioner, Hyderabad, told Reuters, “There were electric scooters parked where the fire started. We don’t know if it started because of over-charging and then spread or whether it started elsewhere. That is still being established.” Many e-scooters in the building caught fire in the process and could’ve contributed to the blaze.

It has been reported that the tourists on the first two floors saw a large quantity of smoke engulfing the floors and tried to escape; however, they were unable to do so as the dense smoke and fire blocked the exit. Eight such victims died on the spot after having breathed in the smoke-filled air, which led to asphyxiation. It has been reported that 22 people who were present in the hotel premises were injured during the fire mishap.

The Fire department, along with the help of some locals, tried to bring the situation under control and help rescue people stuck in the fire. The video that surfaced also showed some people trying to escape the mishap by trying to jump out of windows on the higher floors. The injured were then shifted to various hospitals for treatment.

Meanwhile, the Prime Minister’s Office and the state government have announced a total compensation of Rs 5 lakh to the families of those who succumbed in the mishap.

Electric two-wheelers in India have had an ill-fated past and have caught fire on multiple occasions. Unfortunately, on more than one occasion, human lives were also lost. A couple of months back, an 80-year-old man from Telangana lost his life due to an EV fire. A father-daughter duo in March 2022 lost their lives in another EV fire-related incident in Vellore.