91mobiles.com
Home Bottom panel 2 out of 5 Indians replace their smartphones every 12 months: 91mobiles... 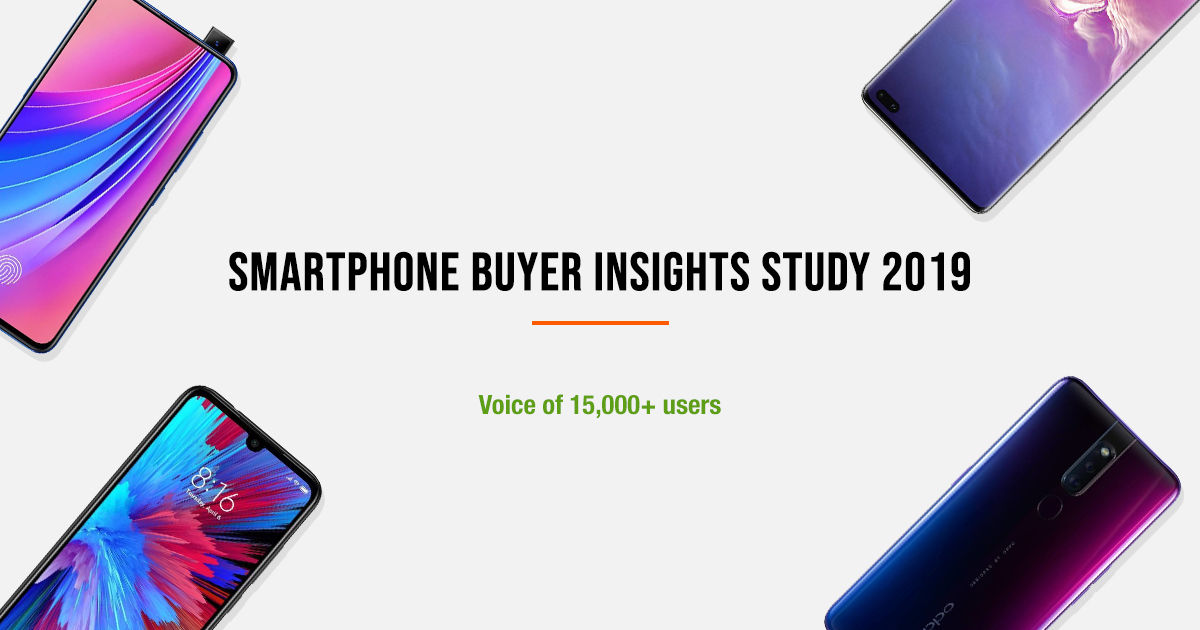 As one of the thought leaders in the personal technology space, 91mobiles has taken the onus of understanding and analysing consumer expectations, and matching them to what brands have in their current and future portfolios. The latest effort in this quest comes in the form of the 91mobiles Smartphone Buyer Insights Study 2019, which aims to unearth insights related to how often users upgrade their phones, what matters most to them while selecting a new daily driver, how they research for handsets, and their preferred buying modes and price ranges.

The study analysed responses from over 15,000 users, and with 78 percent of them planning to acquire a new handset in the coming months, is representative of a large set of prospective smartphone buyers who are all quite opinionated on what they want from their next device. The findings have further been spliced and analysed based on demographic factors like age, gender and location, resulting in interesting highlights that are a true indicator of what users want. The full report is embedded below, while all the key insights are listed next.

Interestingly, new brand Realme’s share among the respondents is higher than established players like ASUS (4.3 percent) and Nokia (3.1). This just goes to show how quickly Realme has ramped up and managed to capture consumer mindshare. Realme, which began its journey as a sub-brand under OPPO, was spun off as a separate entity and has been introducing high-specced phones priced attractively, which explains its fast growth in the highly competitive smartphone segment. 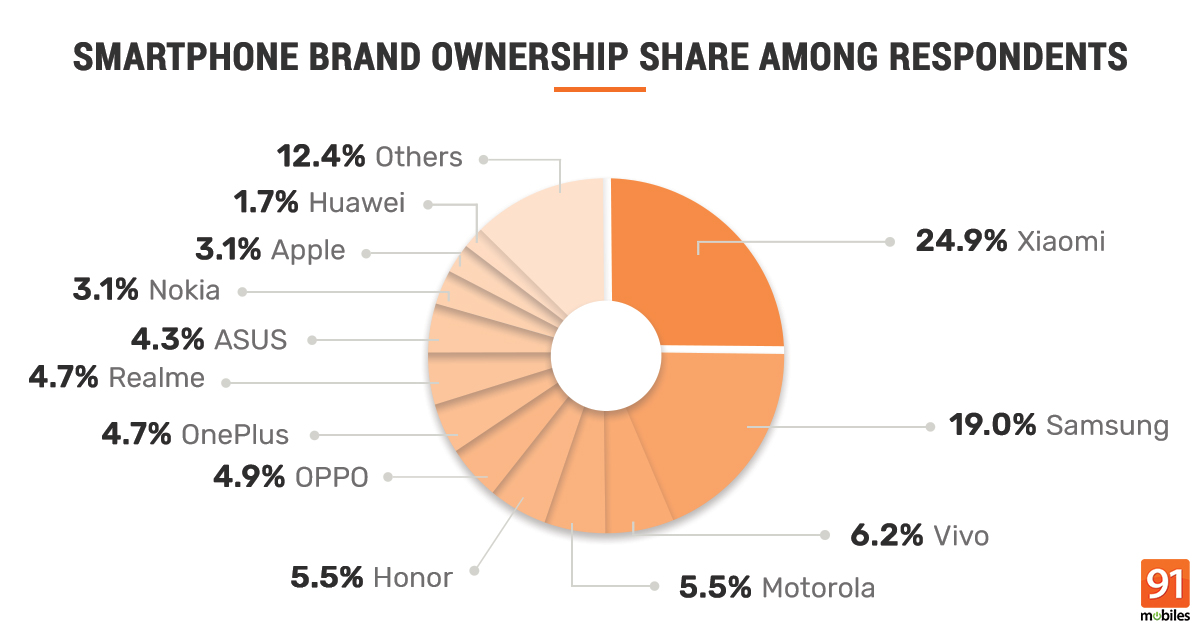 Here are the findings related to current smartphone ownership, divided by demographics

Smartphone brands likely to be popular in the future 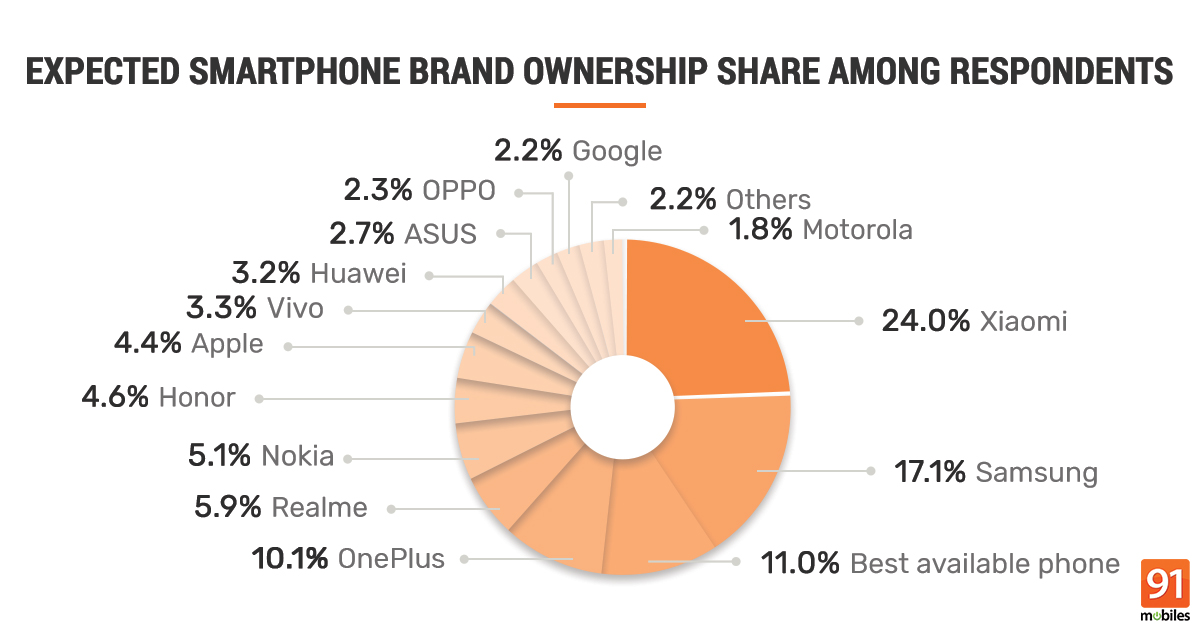 A good 11 percent respondents have said they don’t have any specific brand preferences, and will buy the best available phone that fits their budget.

How often users change their smartphones 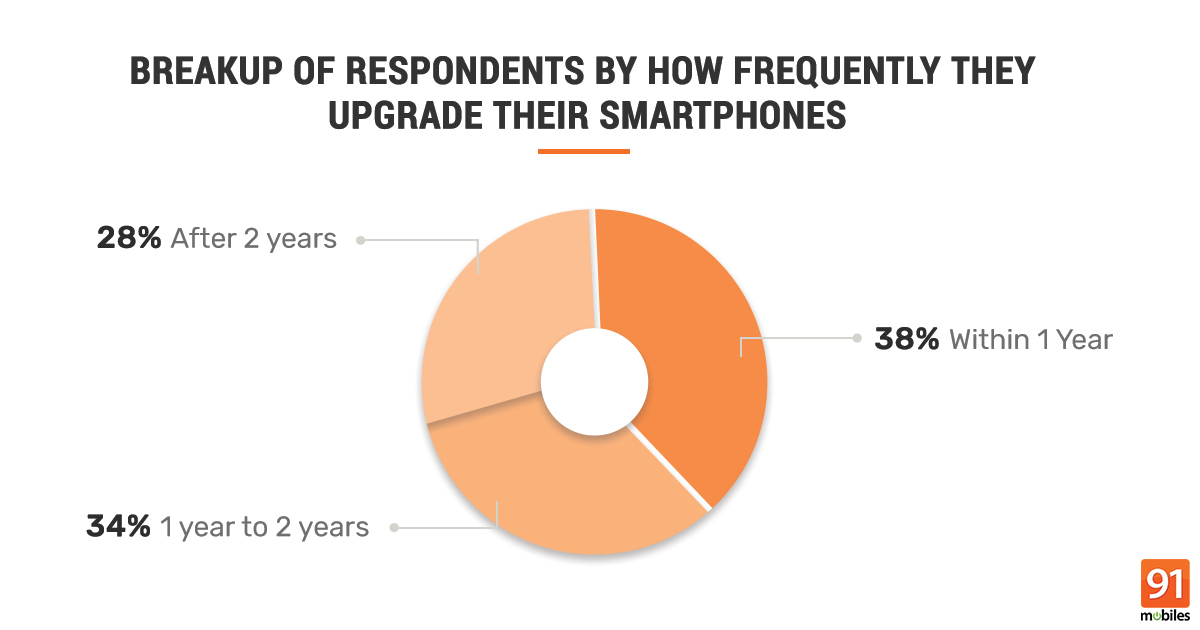 Almost 40 percent of respondents said they upgrade their smartphones within one year, while 34 percent upgrade between one to two years. About 28 percent users said they upgrade their handsets after two years. No wonder India is a booming market for smartphones, considering a large majority of users switch to newer phones within just a year. Smartphone brands of course, are happy to make use of the opportunity this presents, and therefore, keep launching new options very frequently to satiate the demand. 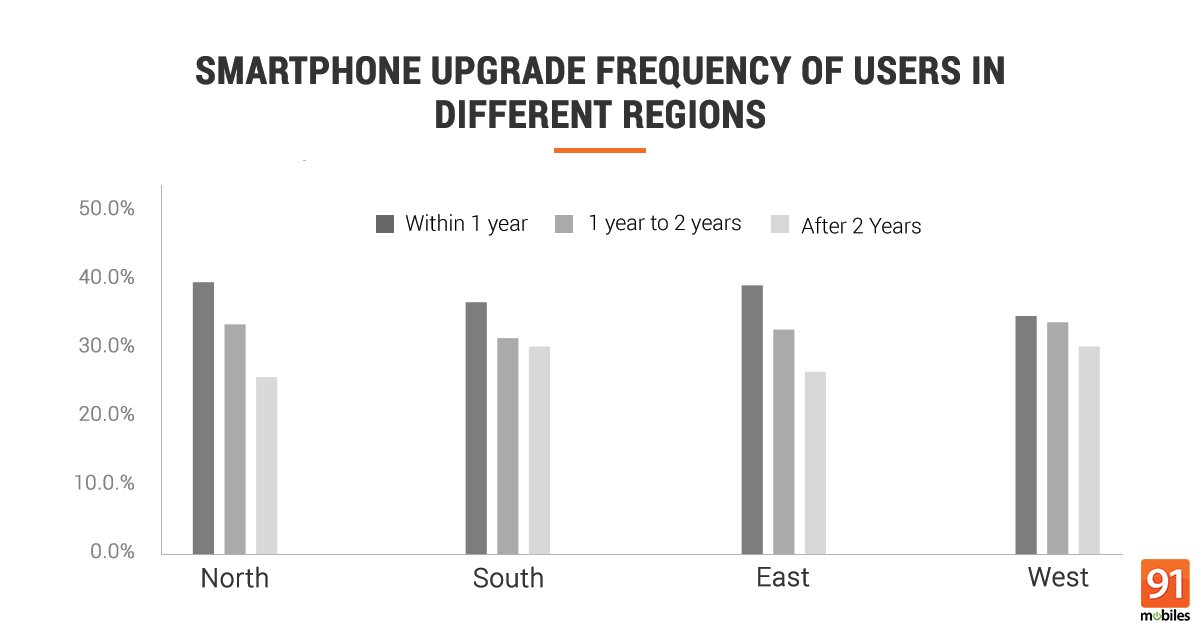 Here are the key insights on smartphone upgrade frequency, when divided by demographic factors:

How users decide which phone to buy

The next set of insights are related to the preferred price range for smartphone purchase, how users go about finding more info on new devices and their choice of platforms for buying (online vs offline). 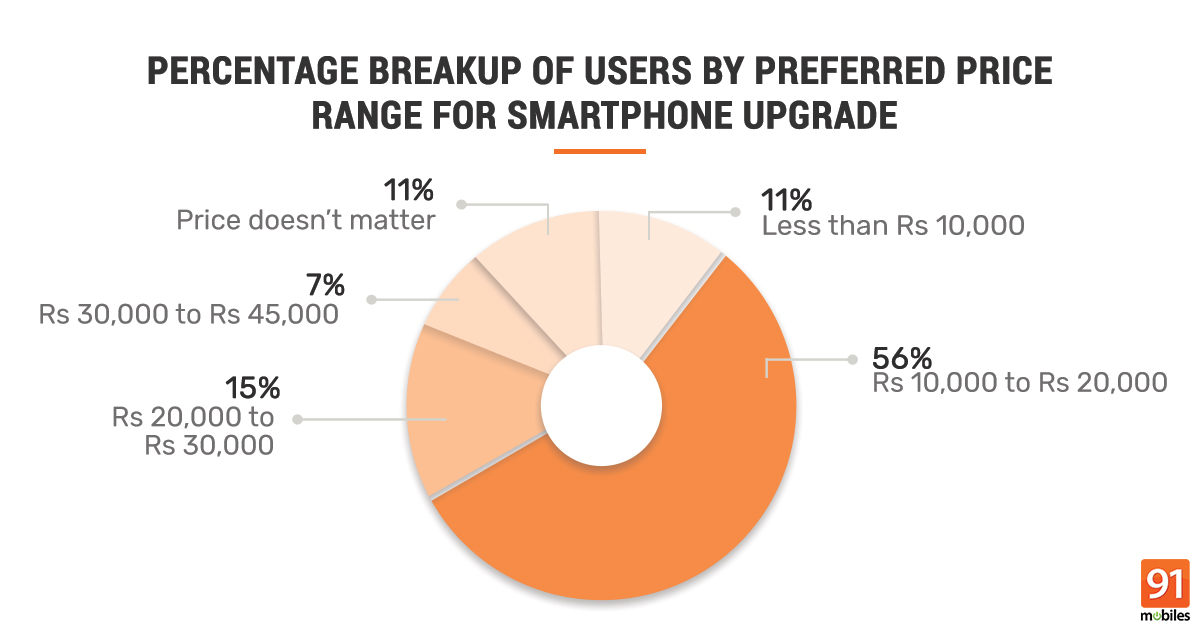 The price band which can be considered relevant for the so-called affordable flagships is the Rs 30,000 to Rs 45,000 bracket, and this seems to interest about 7 percent of the users. Worth noting that this is the price band where the likes of OnePlus play in. As far as the budget segment is concerned, about 11 percent respondents said they’d like to opt for phones priced below Rs 10,000. This price bracket used to be the most voluminous in the Indian smartphone market at one point, but clearly, most people are now considering phones in the Rs 10k-Rs 20k band. Also interesting is the fact that about 11 percent respondents said that price doesn’t matter for them, and they’d just choose the best phone money can buy. 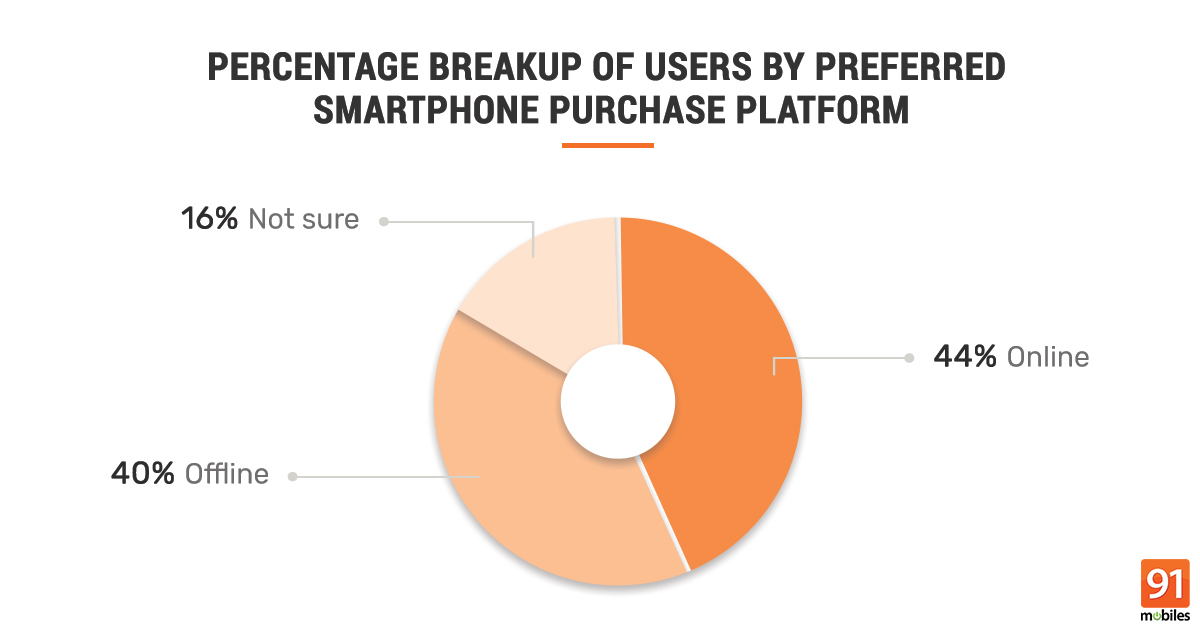 Here are the key highlights on research and buying preferences, divided by demographics:

Choosing a new smartphone isn’t an easy task, given the sheer number of choices available. We quizzed users on the aspects that matter the most to them when they go about selecting a new smartphone, focusing on vital parameters like performance, camera capabilities, battery, design and display. Not surprisingly, almost 60 percent respondents said that instead of focusing on a few aspects, they’d prefer a well-rounded smartphone that ticks most boxes. 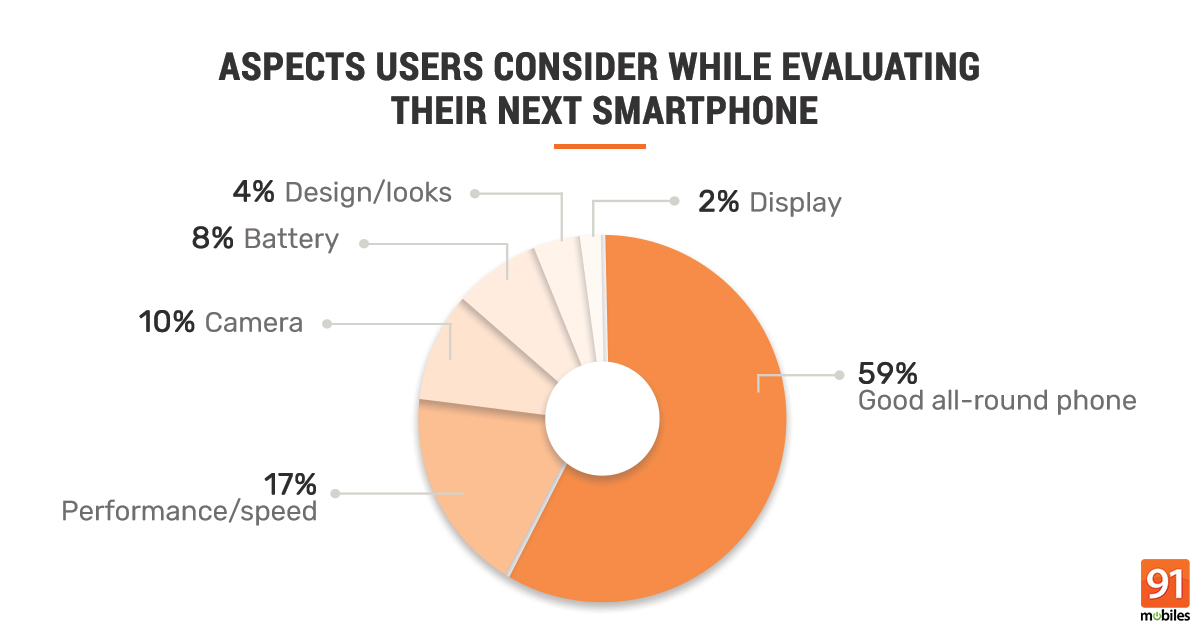 When analysed by demographics, it appears that younger people give more weight to performance and camera capabilities, while older users focus more on battery and display. Splitting the data based on gender, the men prioritise performance over other parameters, while women lay more emphasis on camera, battery and design.

While figuring out how people choose smartphones and the various aspects they consider while buying one, we realised that it’s also important to drill down further, and check how they evaluate crucial factors like performance and camera. 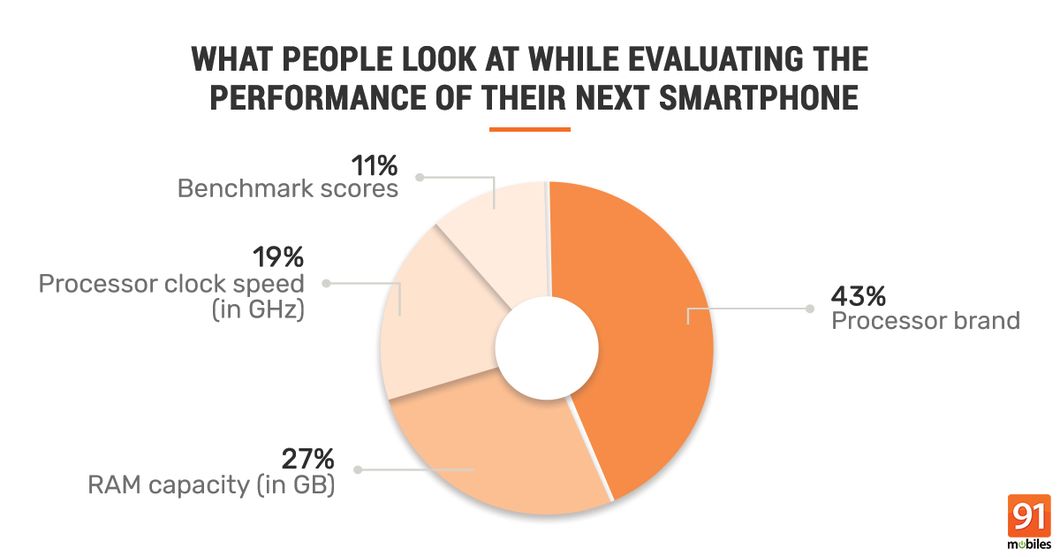 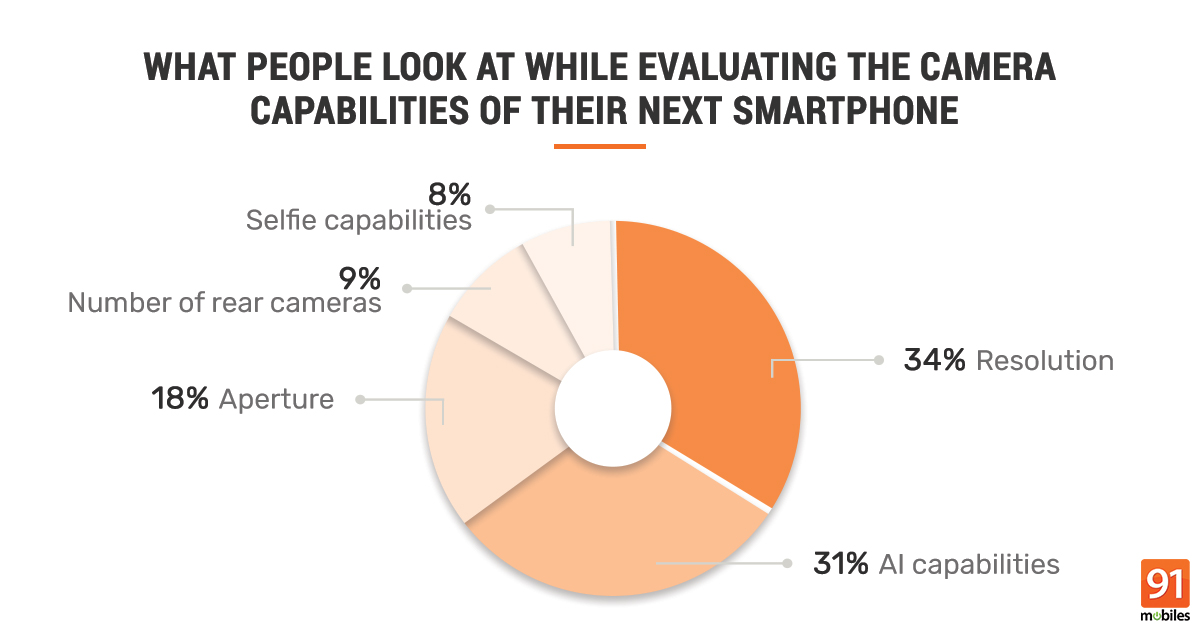 When it comes to evaluating camera capabilities, 34 percent respondents said they consider camera resolution as most important. A significant chunk (31 percent) said they look at AI capabilities, and this is interesting as AI has come up as a recent addition to the camera features on smartphones. 18 percent feel the aperture is most important for smartphones cameras, 9 percent consider the number of rear cameras, while 8 percent said they’d just focus on the selfie capabilities.

Here are the findings when split by demographics: 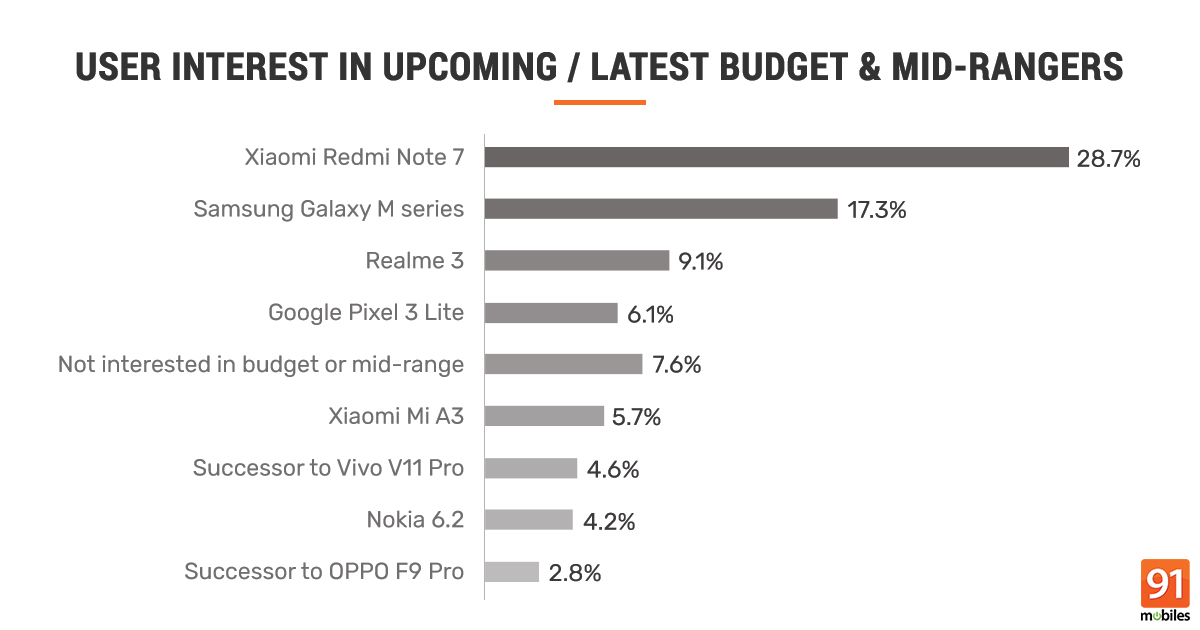 We also asked users about the latest and upcoming smartphones and the ones that interest them the most. Among those who prefer affordable smartphone or mid-rangers, the Xiaomi Redmi Note 7 got the most number of votes (28.7 percent), followed by the Samsung Galaxy M series (17.3 percent) and the Realme 3 (9.1 percent). 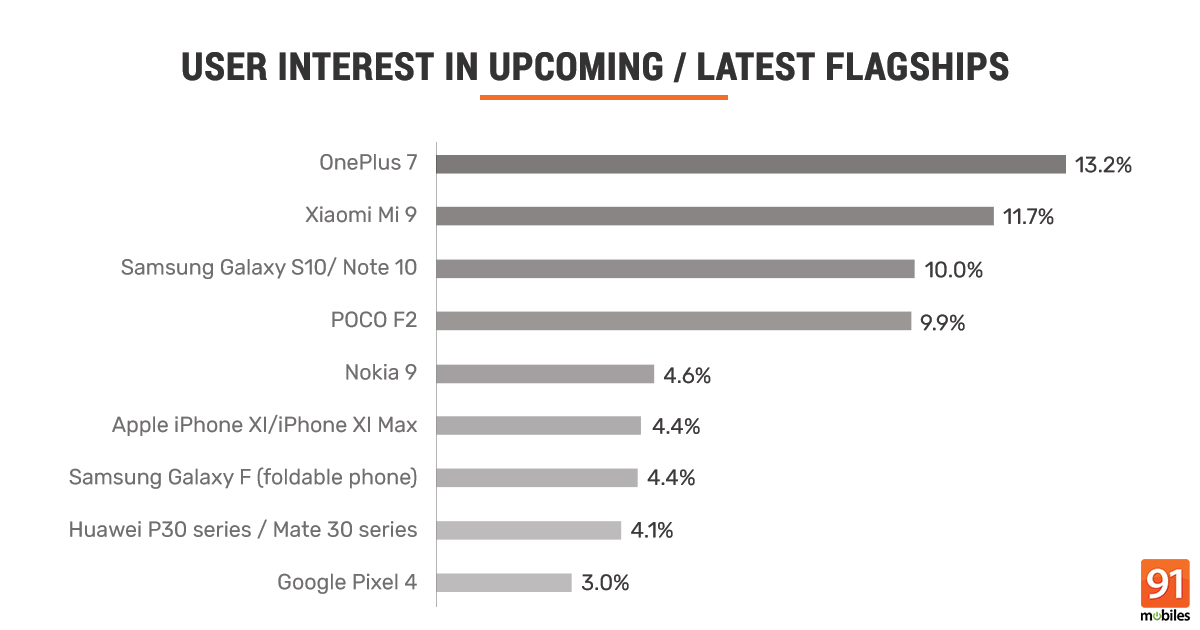 Among flagship phones, the OnePlus 7 garnered the most interest with 13.2 percent votes, while the Xiaomi Mi 9 got 11.7 percent. The Samsung Galaxy S10 range got 10 percent votes, with the (rumoured) POCO F2 got a shade lower at 9.9 percent.

The above findings, we hope, should act as points of reference for smartphone brands to follow, and help take these companies a few steps closer to the Holy Grail – a satisfied set of customers. Watch this space for more of these insights.