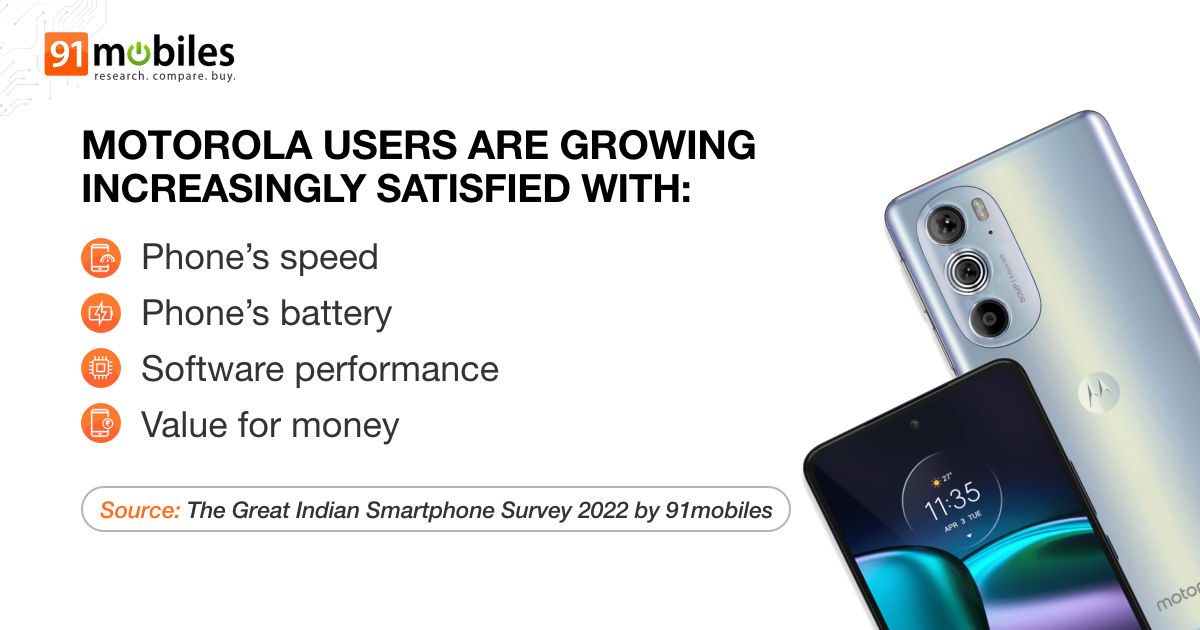 Motorola spent decades enjoying strong brand loyalty among fans. Things changed, however, with the influx of brands like Xiaomi, Vivo, and Realme that were able to deliver value-for-money smartphones. Motorola was unable to keep up with the competition, forcing loyalists to switch to the other team. However, Motorola has seen a sort of revival over the past couple of years with the launch of several impressive budget and mid-range smartphones. It’s no wonder the brand is slowly winning back customers’ trust, as insights from the latest 91mobiles Great Indian Smartphone Survey indicate.

In our previous post, we talked about iQOO claiming several top spots when it comes to user satisfaction. We now turn our attention toward Motorola, which has been improving its ranking in customer satisfaction as well. Take a look. 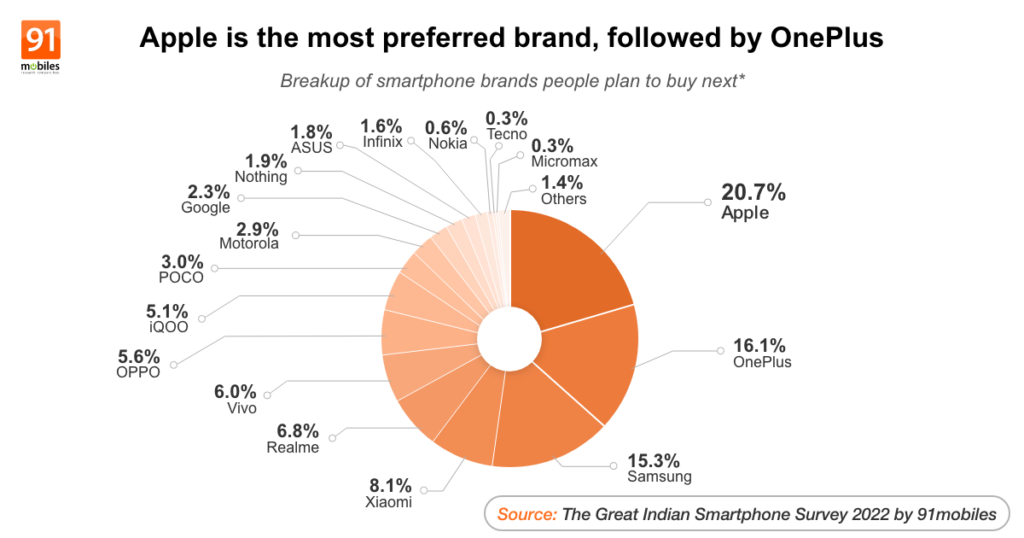 Motorola gains in user satisfaction in 2022 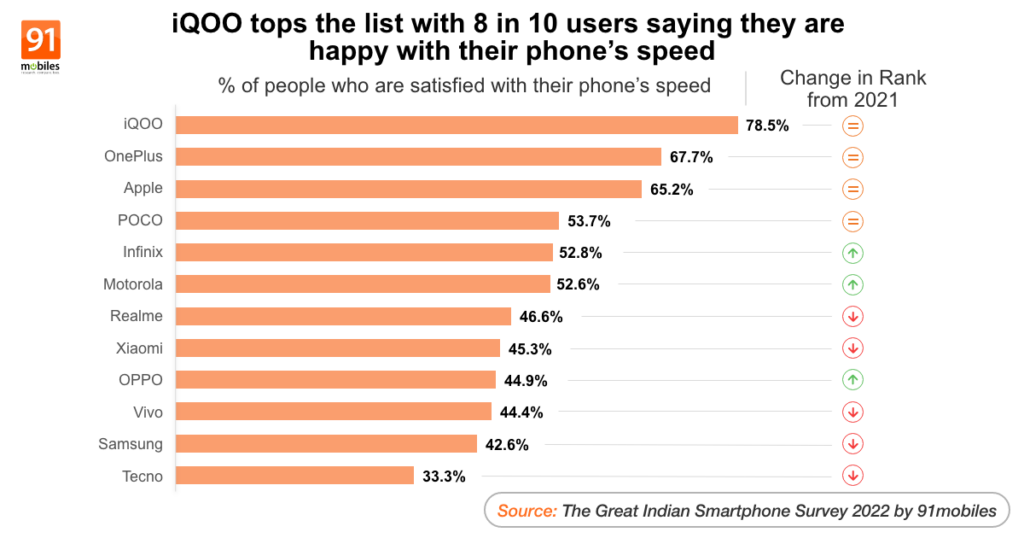 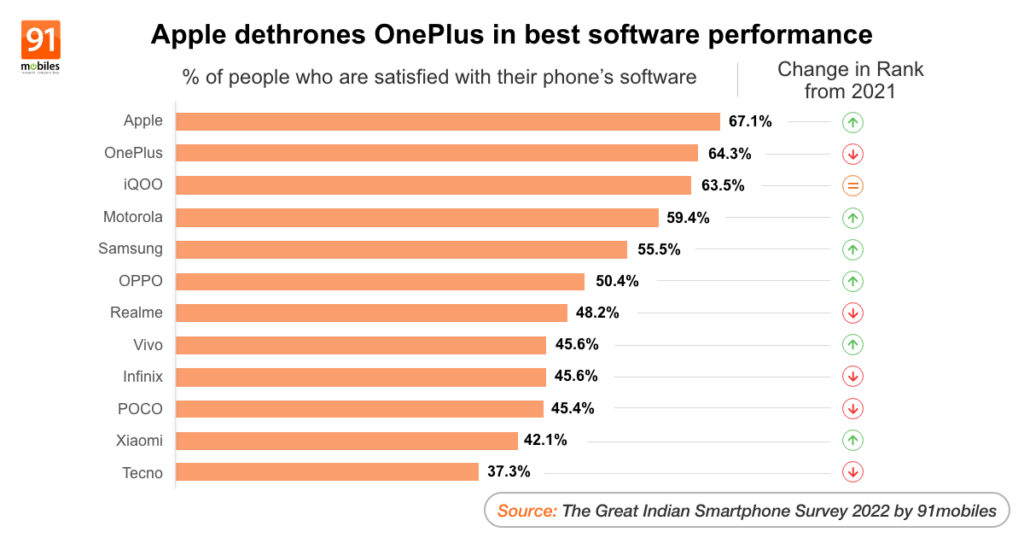 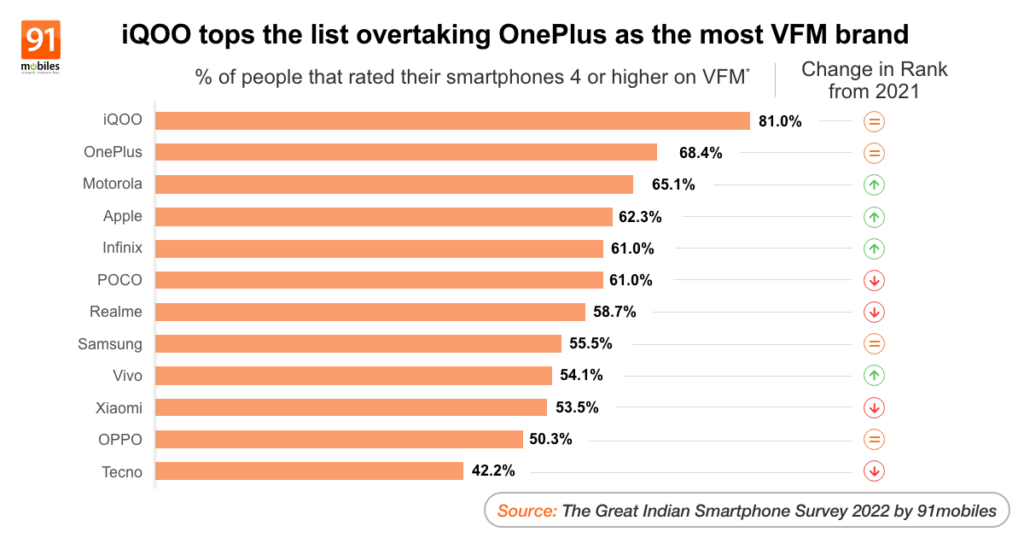 As you can see from our Great Indian Smartphone Survey 2022, Motorola has been impressing users over the past couple of years with its smartphones. The brand is once again clawing its way back to the top to take on players like iQOO, Xiaomi, and Realme. Phones like the Moto G51 5G (review), Moto G71 5G (review), Moto G52 (review), and more recently the Moto G62 (review), have done well by offering a clean Android experience, good performance, display, and battery life, which are features most important to customers in the budget and mid-range segments.
ShareTweetShare
Follow Us