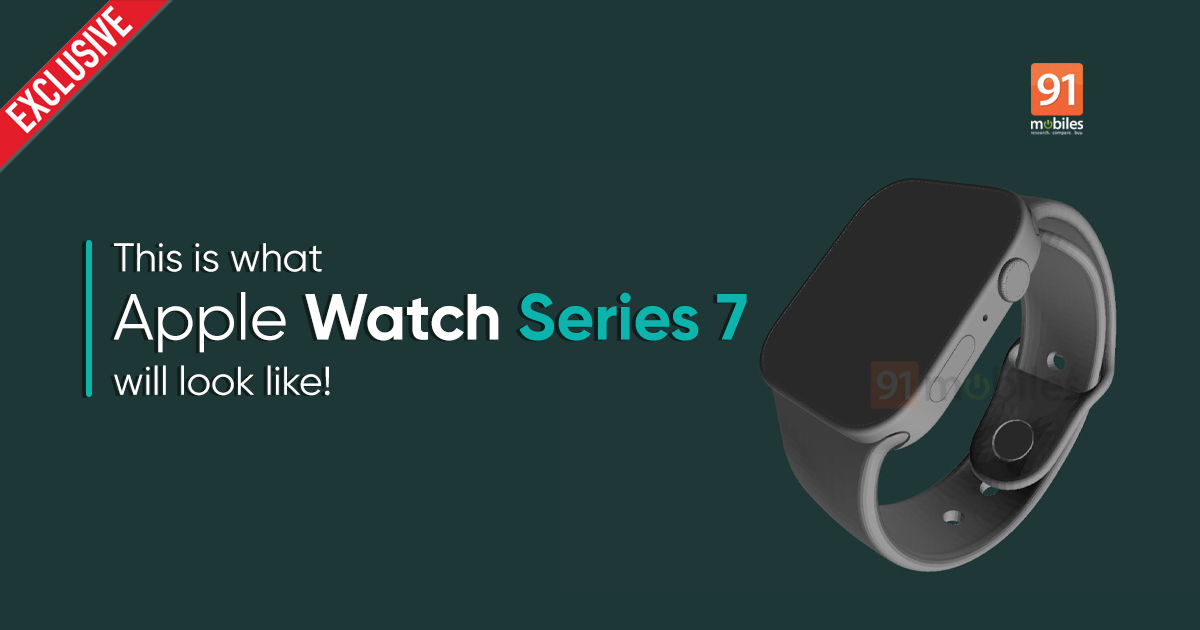 The Apple Watch Series 7 renders show the upcoming smartwatch will have a flat sides rather than a curved frame seen on previous Apple Watch modes. The watch will have a silicone strap and it should be replaceable with a variety of options after launch. The button placement doesn’t seem to have changed as we have the Digital Crown for navigation, a microphone, and a flat selection button on the right side of the frame. The left side sees two rather large slits for speakers. On the back of the dial, we have the usual heart-rate sensor and other sensors. If you are deal hunter, you might have a chance to come across a deal on phones on a Woolworths Catalogue, too. Like always, the Apple Watch Series should be available in multiple colours this time as well.

Furthermore, the source tells us the Apple Watch Series 7 will be available in a 44mm model and it would measure 44x38x9mm and sport a 1.8-inch display. In comparison, Series 6 44mm measured 44X38X10.7mm and weighed 36 grams. That’s pretty much everything that is revealed about the Apple Watch Series 7 for, now but earlier leaks have revealed few key details of the smartwatch. The company is said to bring a new display with thinner bezels and improved health monitoring sensors. Apple is said to have tested a new lamination technique that is expected to bring the panel closer to the front cover. It is said to feature ultra-wideband technology that should allow it to connect to Apple’s ‘Find My Network’. This should also enable the watch to open door locks as previewed with WatchOS 8.