91mobiles.com
Home How To Dual WhatsApp: How to use two WhatsApp numbers on the same mobile... 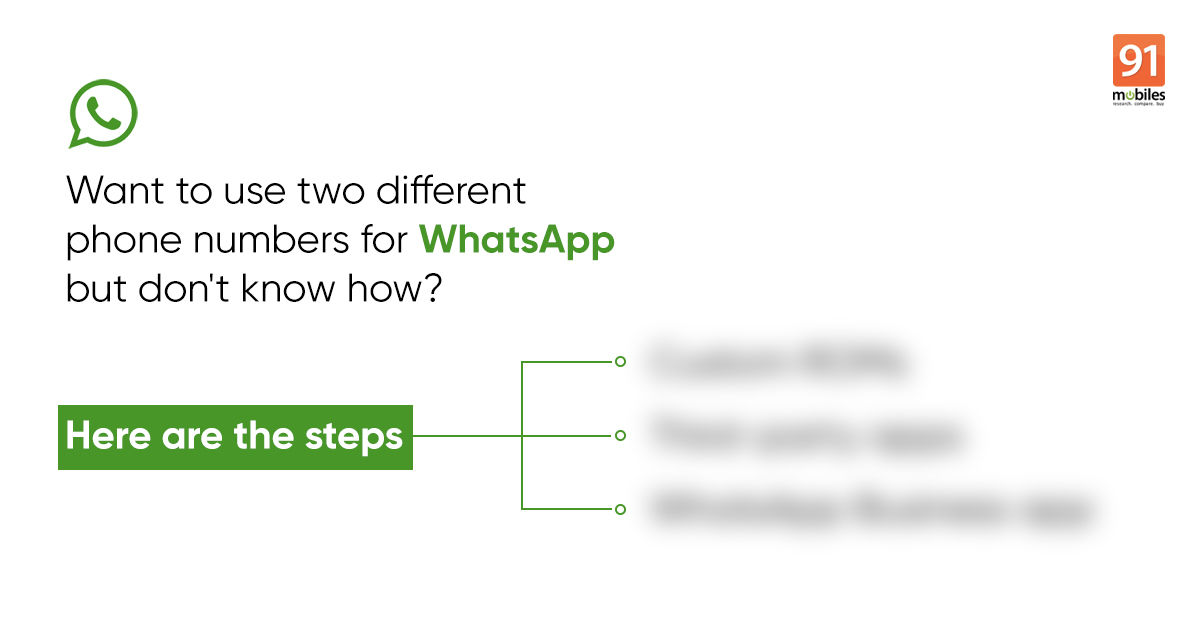 WhatsApp is no doubt a great messaging platform, but users cringe at its lack of support for two different accounts on a single device. The messaging platform doesn’t allow users to access two WhatsApp numbers on the same phone simultaneously. It even discourages and warns users to switch between WhatsApp accounts too frequently or they could be blocked. While there is no native support for users to have multiple WhatsApp accounts on the same phone yet, there are several workarounds available. Custom Android skin and third-party apps both allow you to use two WhatsApp numbers on the same phone. Here’s how to do it:

How to use dual WhatsApp on Android mobile phone

Several Android phonemakers whether it’s Xiaomi, OPPO, Realme, Samsung, and Vivo ship smartphones with their own custom skins. These skins run atop the Android and bring some nifty features onboard, including app cloning. The feature is marketed differently by each vendor. Xiaomi calls it Dual Apps, while OPPO, Vivo, and Samsung have dubbed it as Clone Apps, App Clones, and Dual Messenger respectively. They all do the same task, which is duplicate apps such as WhatsApp. Here’s how the feature works on different devices:

To use dual WhatsApp on Samsung mobile phone, 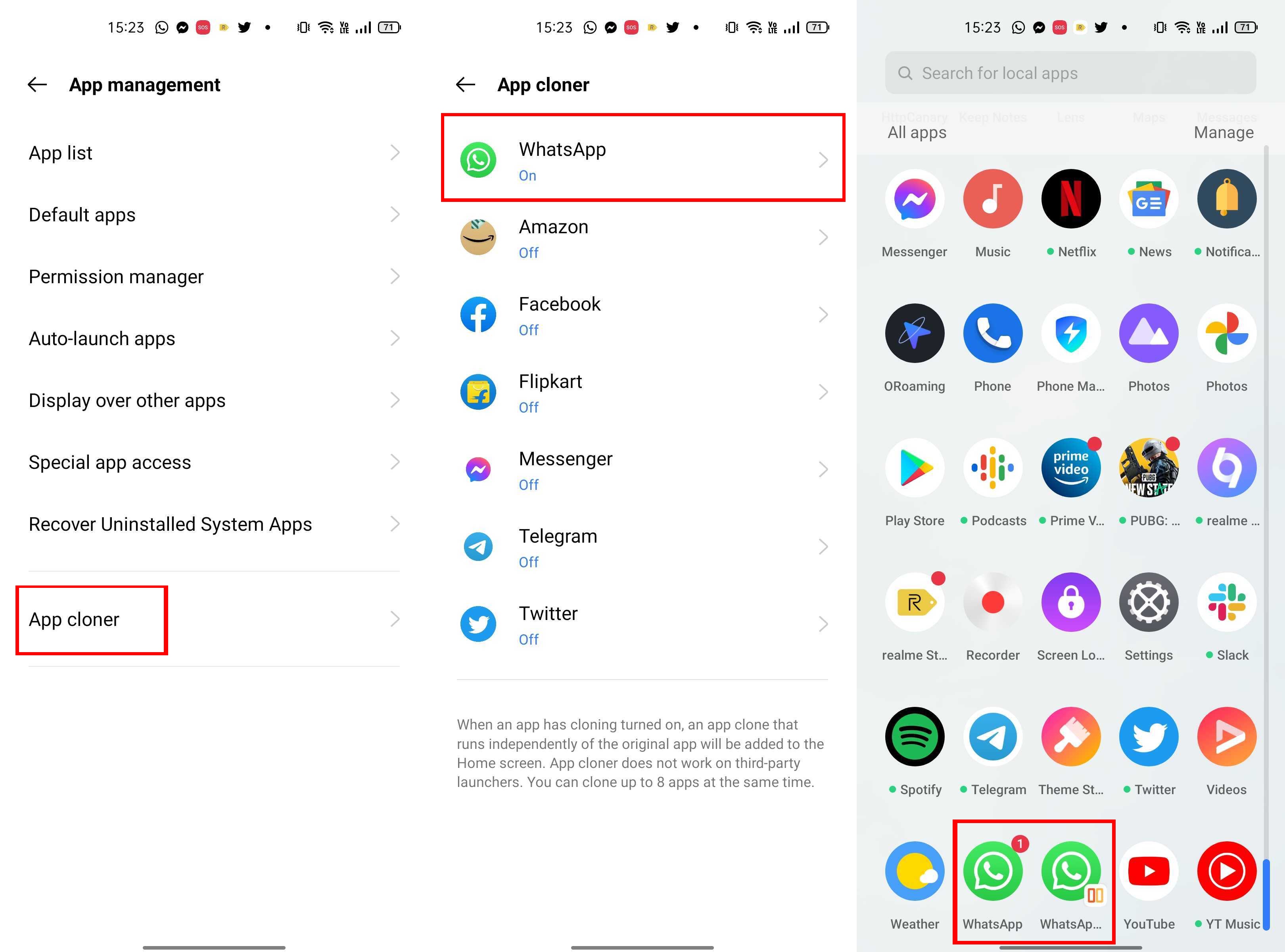 Whether you are using Redmi, Mi, or POCO smartphone, the steps to clone apps including WhatsApp will be as follows:

The process is pretty much the same as the Realme mobile phones.

This is how you can use dual WhatsApp on popular smartphones such as Samsung, OnePlus, Realme, Xiaomi, OPPO, Vivo, and more. In case, you have got any other device such as Tecno and Infinix, the process to clone apps would remain pretty much the same. That said, stock-Android devices such as Pixel, Nokia, and Motorola lack this option. You will have to download a third-party app to use dual WhatsApp.

How to use dual WhatsApp on stock-Android smartphones

How to use dual WhatsApp on iPhone

Dual WhatsApp on iPhone only works through the WhatsApp Business app. There is no good third-party app or built-in tool on iOS that allows you to clone the social messaging app to use two numbers on the same device. However, there is a workaround and here is how it works: