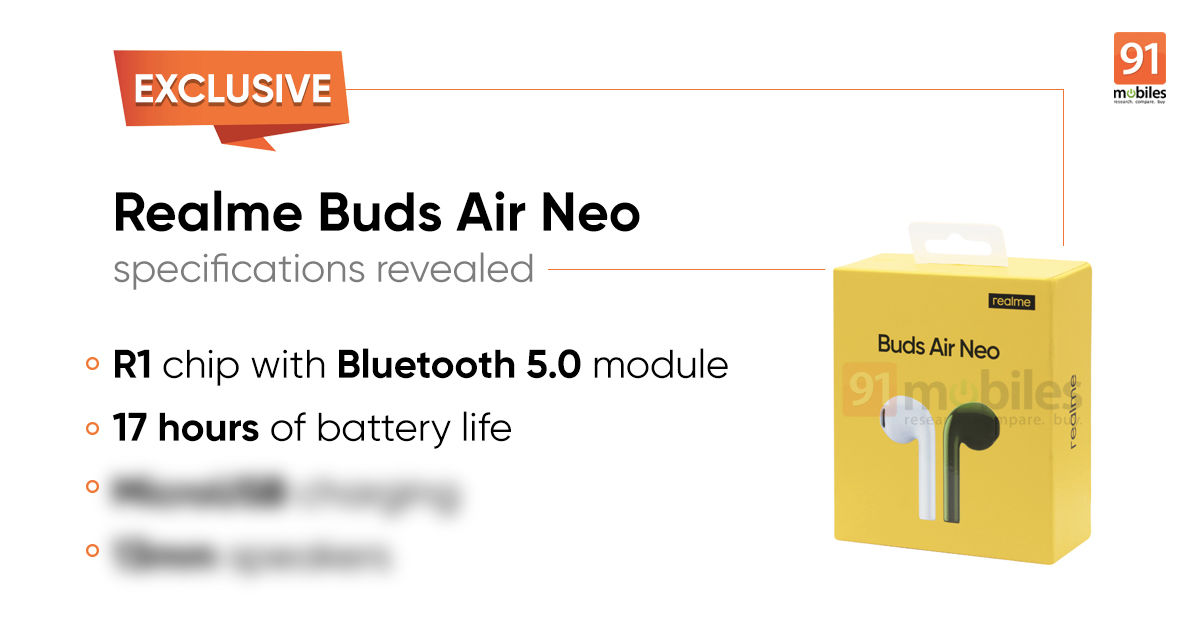 As seen from the images, the Realme Buds Air Neo will share most of the design cues from predecessor Realme Buds Air. The pair will have the same Apple AirPods-like earbuds with a long stem and a pill-shaped charging case that touts the pairing button and LED light for charging status. The retail box of the Realme Buds Air Neo also seems to be inspired by the standard Buds Air. We can also see the micro-USB port at the bottom, which is probably used to keep the costs low. Additionally, it seems the earbuds have a cut-out for an air hole on the top for equalising pressure, among other things.

On the specifications front, our source says the upcoming budget Realme earbuds will be powered by the R1 chip with Bluetooth 5.0 support. Notably, these earphones will use an optical sensor to determine the position of the ears and feature 13mm speakers. Similar to the Realme Buds Air, the Neo variant will also feature support for Realme’s Game Mode that will reduce latency by 51 percent to improve the audio experience.

The Realme Buds Air Neo are also getting rid of the wireless charging feature that we saw on the Buds Air, likely to keep costs on the lower side. This will be in addition to the removal of the Type-C port in favour of the micro-USB port.

As of now, Realme hasn’t confirmed when the Buds Air Neo will go official, and the markets in which they will be available. Separately, it’s believed that the company is also working on an Apple AirPods Pro-lookalike; the pair will reportedly be dubbed as the Realme Buds Air Pro.