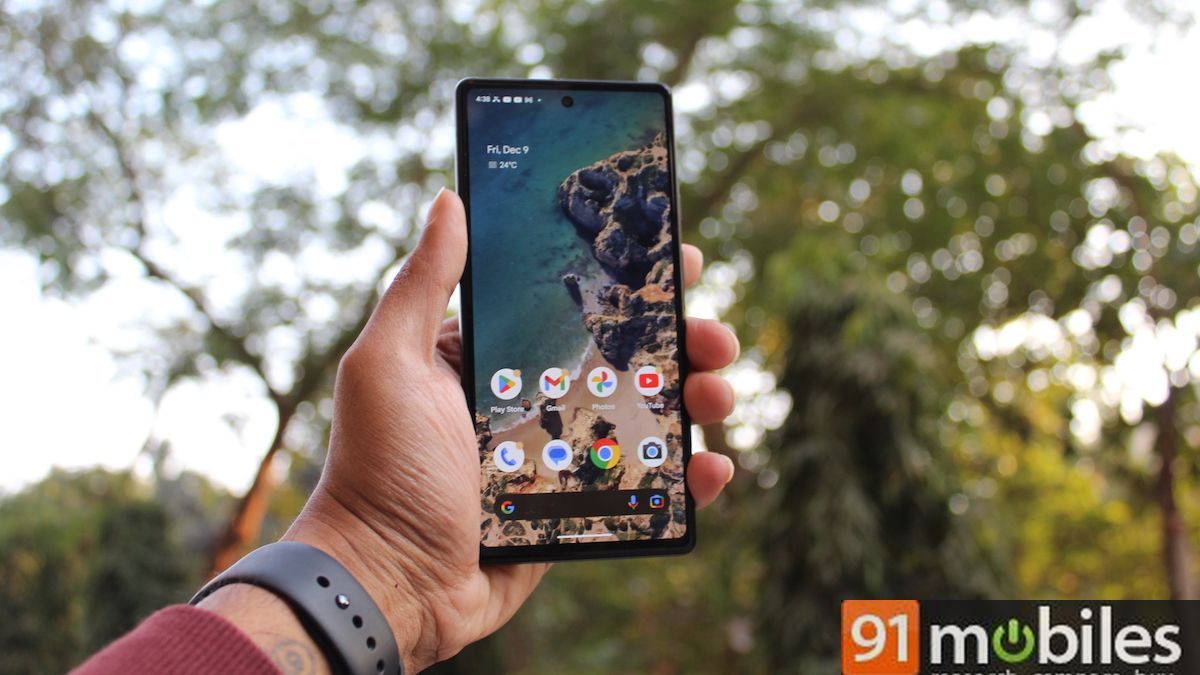 The Google Pixel 6a has been in the Indian market for a little over four months now. Launched in July with a price tag of Rs 43,999, the Pixel 6a is the most affordable Pixel phone in Google’s current portfolio. That said, many Pixel fans in India did find the phone’s launch price a bit higher than expected, especially considering how the Pixel 4a was launched at Rs 29,999. Google probably knew it messed up with the pricing, which is why the company was quick (sort of) to drop the phone’s pricing around the Diwali sale. Right now, the Pixel 6a (review) can be bought for Rs 29,999 on Flipkart.

With the Pixel 6a available at around Rs 30,000, one would think it probably makes more sense to buy the device now than it did at launch, right? Well, we revisited the Pixel 6a this week to see how well it has aged (though four months hardly makes it old!) to help you decide whether you should buy the device right now or not.

What works for the Google Pixel 6a

The design of the Google Pixel 6a is definitely something that works in its favour. The handset looks premium since it looks very similar to its pricier siblings, the Pixel 6 series. You may be aware that Google doesn’t officially sell the Pixel 6 and Pixel 6 Pro in India, so the Pixel 6a is what you get. And it’s not a bad deal, especially considering you’re getting a premium-looking phone at just Rs 30,000. 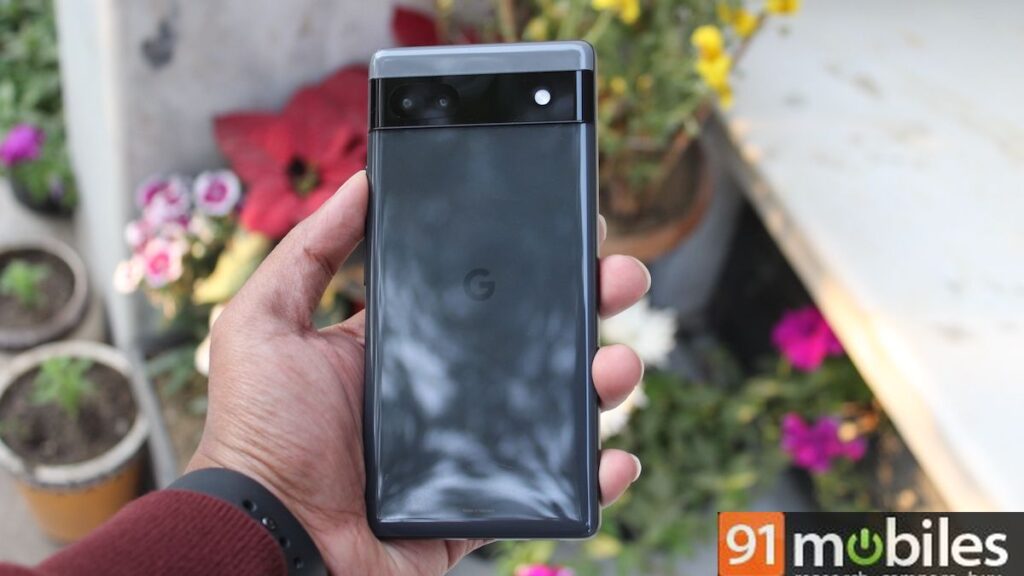 With its rear glass panel with curved edges and a weight of around 178 grams, the Pixel 6a is wonderfully ergonomic and comfortable to hold on a daily basis. The rear camera visor and the overall design also make it a unique-looking phone in its price segment. So if you’re looking for a comfortable and stylish phone at around Rs 30,000, the Pixel 6a is definitely worth buying right now.

The Tensor chipset powering the Pixel 6a is capable of smoothly handling day-to-day operations. You won’t face problems with lags or slowdowns as you go about your day. Whether it’s browsing through social media apps, switching between apps, working on emails, etc, the Pixel 6a does not break a sweat.

One of the main reasons people tend to buy a Pixel phone is its photography prowess. Over the years, Google has tweaked its computational photography to ensure Pixel phones deliver excellent image quality. With the Pixel 6a, that’s more or less true. The smartphone’s 12.2MP main camera can capture pleasing daylight photos with good dynamic range. Portrait shots look decent as well with a good colour balance of human subjects and capable edge detection. Basically, the Pixel 6a is a good camera phone, but it’s not miles better than what the competition (such as the Nothing Phone 1) offers. 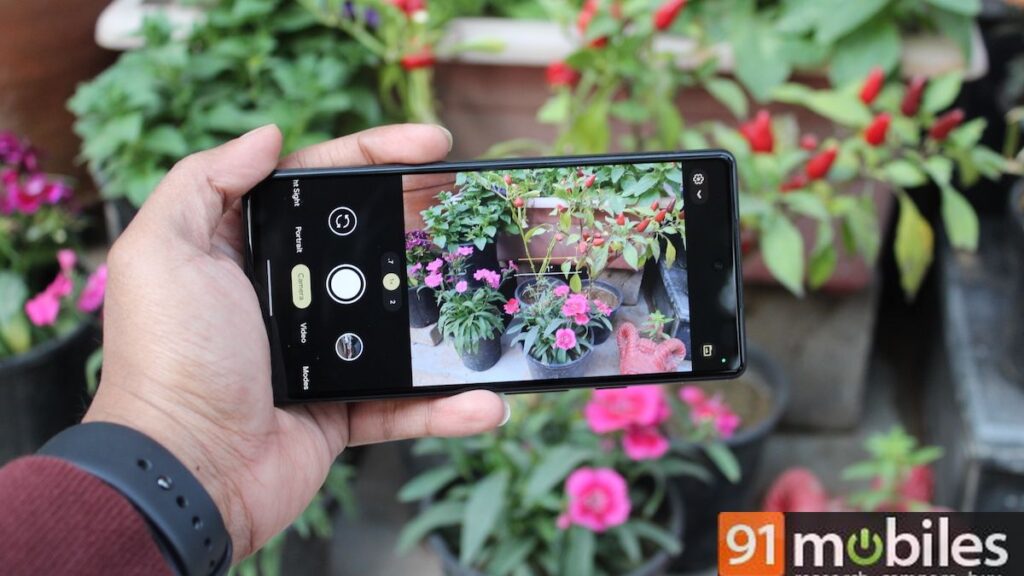 The other reason to own a Pixel phone is the stock Android experience it offers. While the device launched with Android 12 out of the box, it can now be updated to Android 13. The latest Android version isn’t all that different from its predecessor, so you won’t notice a lot of new features outright. That said, you get a clean, easy-to-use Android interface without bloatware. And if you’re wondering about future OS updates, the Pixel 6a is confirmed to get Android 14 and 15 and up to five years of security updates.

What doesn’t work for the Pixel 6a

While the OLED display on the Pixel 6a looks bright and vibrant, there are a couple of nagging issues that one will undoubtedly raise. The first is that the bezels are thicker than they should be on a 2022 phone. But even if you can overlook that, the phone’s 60Hz refresh rate will definitely disappoint you. At this price point, you have phones offering 90Hz and 120Hz refresh rates for smoother scrolling and animations. 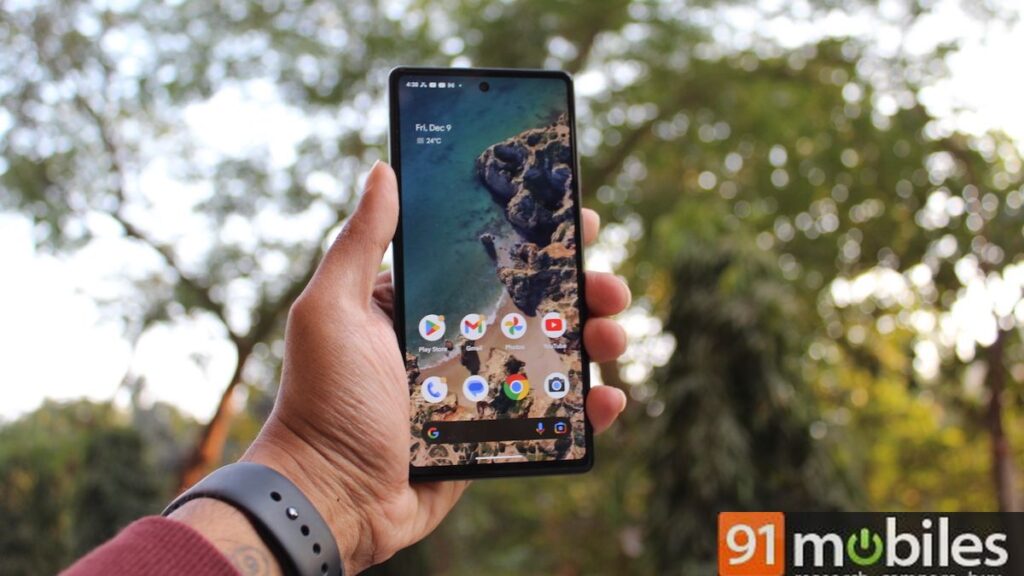 We told you that the Pixel 6a’s Tensor chip handles everyday tasks with ease, but with that being said, the processor isn’t the best when it comes to gaming. Simply put, the Pixel 6a is not a gaming phone and one can get better phones in this price segment that can handle graphically-demanding games smoothly.

Both the battery life and charging time of the Pixel 6a leave you with a lot to desire. The phone can get you through a full day easily if you’re mainly using it for chats, email browsing, and calls. With slightly heavier usage that involves streaming content and playing games, the phone will need a top-up at the end of the day. To make matters worse, the Pixel 6a charges slowly at just 18W and it takes roughly 1 hour and 50 minutes to fully charge the phone from zero to 100 per cent. Oh, and you don’t get a charger in the box as well.

Should you buy the Pixel 6a right now?

Yes, this is probably the best time to buy the Pixel 6a in India. With its price down to Rs 30,999, the Pixel 6a is worth buying for anyone looking for a stylish phone with stock Android, capable cameras, and smooth performance. However, we won’t recommend buying the device after 2-3 months as 2023 is expected to bring a host of new phones with better hardware at around Rs 30,000. And if you’re willing to wait longer, Google should be out with the Pixel 7a in late 2023 which is rumoured to offer several upgrades over the current model.