Huawei sub-brand Honor has been on a roll this year. The brand has launched Honor 9 Lite (review), Honor 7X (review), Honor 7A (first impressions), Honor 7C (review), and the Honor 9N during the course of 2018. Notably, every new handset brought along a new feature or two, and primarily catered to a different audience altogether. The latest in the line, Honor 9N, has received a lot of attention since the smartphone’s launch last month for its affordable pricing and features. We have now spent enough time with the handset and are ready to share our detailed review. 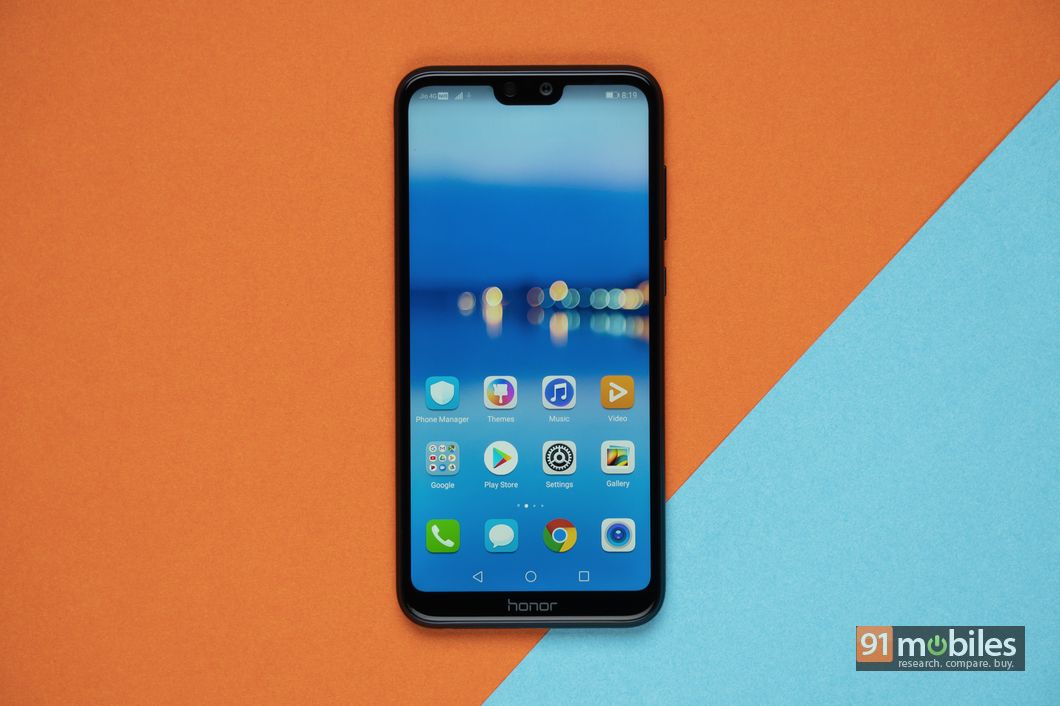 The Honor 9N is one of the most affordable smartphones available with notch display design in the market right now. Interestingly, the new Honor handset also comes with a fingerprint sensor at the back, a feature missing on the OPPO A3s, which is the other affordable offering with a similar design. The 9N ships with a glass design at the back, which is definitely a fingerprint magnet but looks good nevertheless. The dual camera is placed in horizontal orientation on top-left and is assisted by an LED flash. Thankfully, Honor is among the few brands that can manage to pull off a dual camera module design without any noticeable bump at the back. 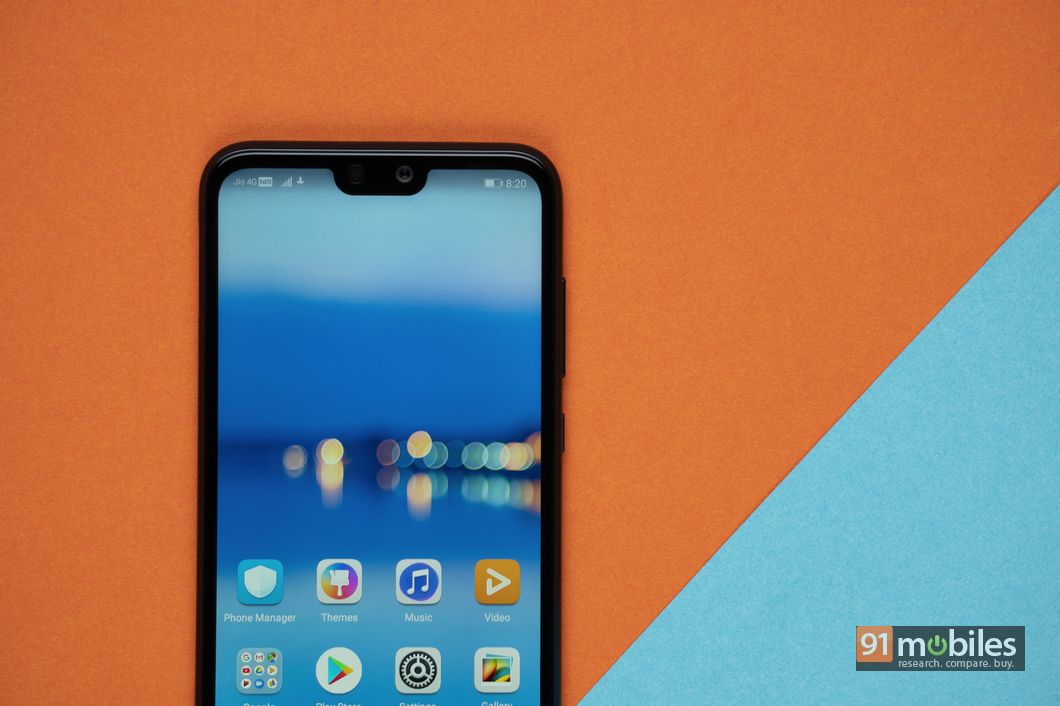 The volume rocker and power key are both placed on the right side with the micro-USB charging port and speaker grille at the bottom alongside the 3.5mm headphone jack. The microSD card slot is located on the left spine. There is an earpiece and front camera placed in the delightfully small notch above the display, and the thick bottom bezel comes with the Honor branding up front. While the design is still minimalistic, the brand name is present at the back side (in a bigger font) as well. 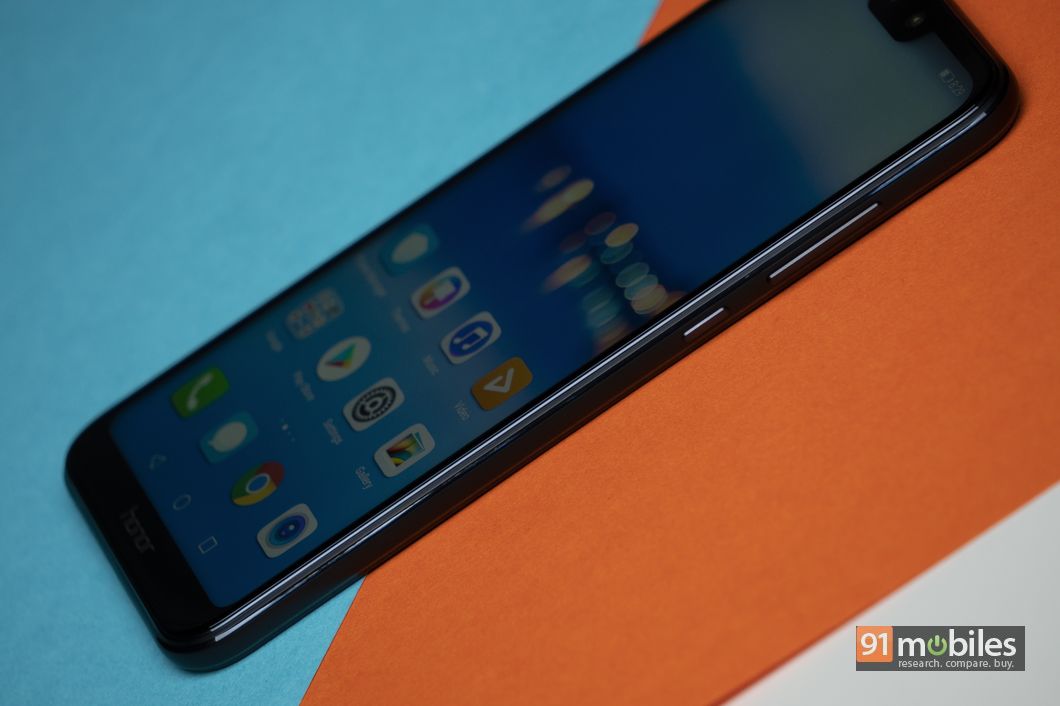 If we talk about the display, the Honor 9N packs a 5.84-inch FHD+ (2,280 x 1,080 pixels) IPS LCD panel with a taller-than-usual 19:9 aspect ratio. Although it seems to be the case with every other phone now, the maximum brightness level and the viewing angles are both fairly good with the Honor 9N as well. Considering the price range, the display quality offered by the 9N is extremely impressive. If you are planning to purchase the handset to consume multimedia content, you will likely not be disappointed. Surprisingly, we managed to scratch the phone’s display just by pulling it out of the pocket a few dozen times. This clearly shows that it would not be a bad idea to use a screen protector after buying the Honor 9N. Here’s a closer look at the design:

The 9N packs a dual-camera setup on the back with a 13-megapixel camera and a 2-megapixel secondary shooter. At the front, you are greeted by a 16-megapixel sensor. Using the default camera app with the rear camera, you get the option to enable wide aperture, portrait mode, and moving picture mode along with flash controls right up front. By swiping left, you get to the settings panel, where you can choose various options including GPS tag, image resolution, assistive grid, timer, audio control (allows you to click pictures by saying cheese or by analysing voice levels), and object tracking among others. 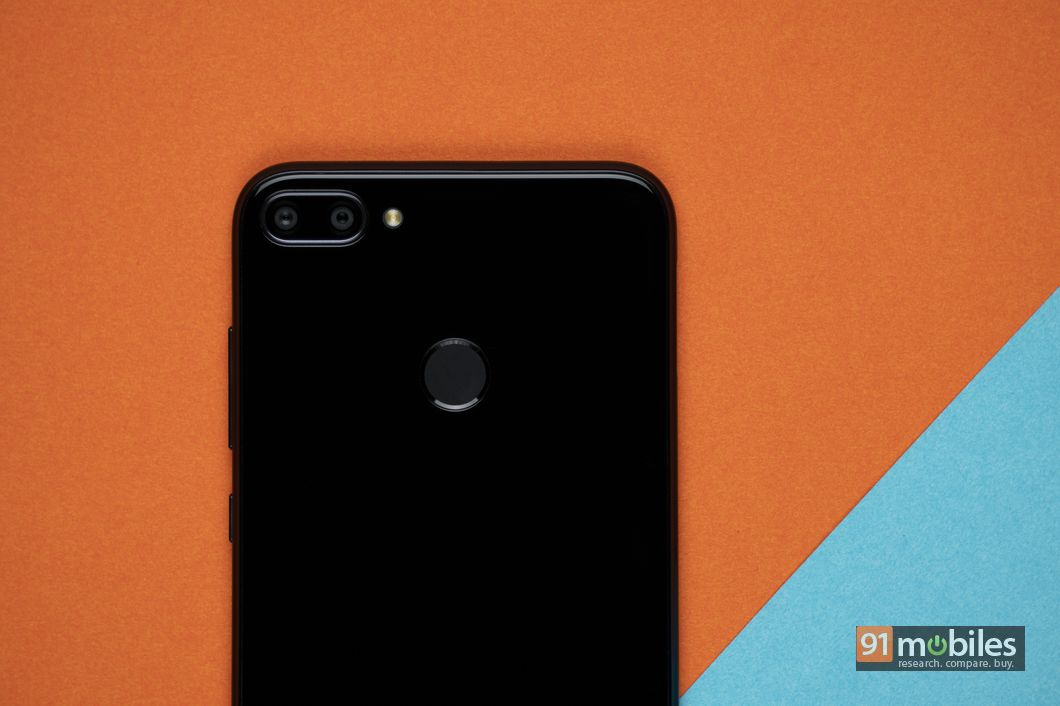 By swiping to the right, you get access to various image modes including Night shot, Panorama, Light painting, Time-lapse, and Pro mode. In the pro mode, as you might expect, you can control aspects like white balance and ISO levels. With the front camera, you get to click selfies that can be “enhanced” with the AI-powered beauty mode, which allows you to choose from level 1 to level 10 in terms of enhancement.

Coming to the real-life performance of the cameras on the Honor 9N, it came across as a hit-and-miss for us. There were some good shots taken in outdoor conditions with ample sunlight but some of the close-up shots, taken with wide aperture enabled, did not impress us at all. The edge detection turned out to be a notable issue and the lack of details did not help the case either. Again, the night shots lacked detail and turned out to be less than impressive, to say the least. Unfortunately, the same issues could be seen with the images taken by the front camera. The beauty mode just smoothens the skin and the exposure issues make it hard to capture decent selfies most of the times. Overall, the optics offered by the Honor 9N turned out to be underwhelming in our review. You can get a better idea by checking out the camera samples taken from the Honor 9N through the gallery embedded below:

The 9N runs Android 8.0 Oreo-based EMUI 8.0 out of the box. If you have used any other phone from Honor recently, the Honor 9N offers a similar experience. There are a few pre-installed apps including HiCare, Honor Club, Truecaller, and Netflix among others. 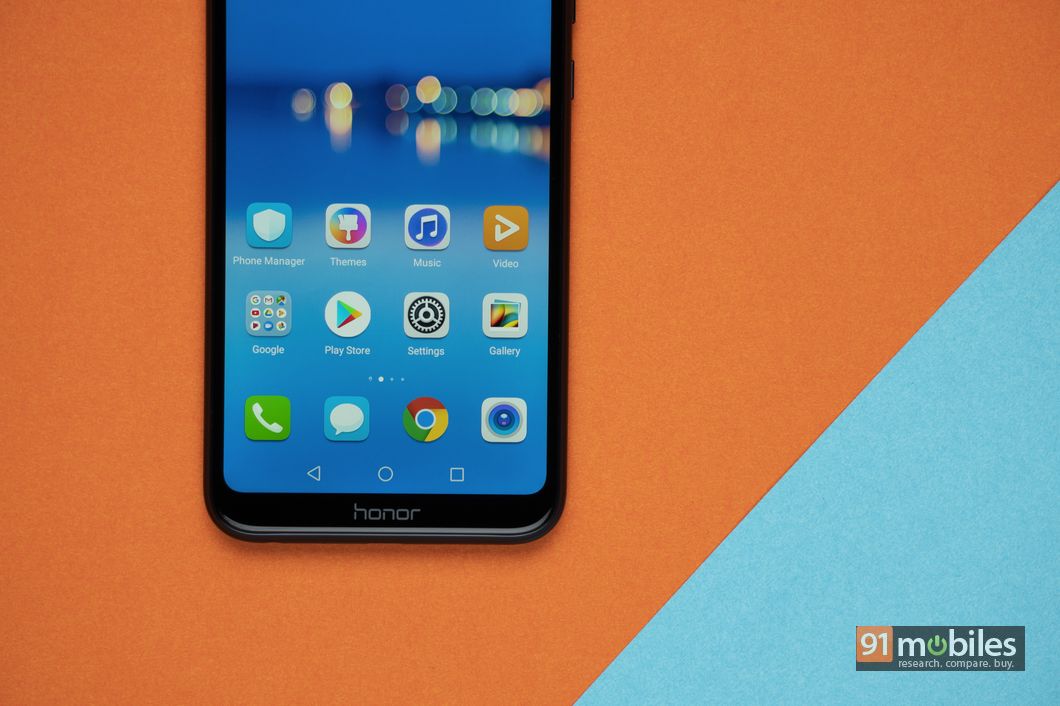 For those who dislike the notch design, Honor has provided a setting that turns the notch into a uniform bezel. You can access this feature by heading to Settings > Display > Notch. You can also turn down the screen resolution to HD+ (1,520 x 720 pixels) in order to save power and extend battery life. The Colour mode allows users to choose between Default, Cold, and Warm options. The default setting can be manually adjusted to users liking as well.

For security, there is a face unlock feature that can be used as a substitute for the fingerprint sensor. In this particular department, Honor definitely deserves praise as the handset offers a fairly accurate, secure, and fast feature. While many other mid-range handsets can be unlocked even when the users’ eyes are closed or face is half covered, the 9N does not present any such issues. 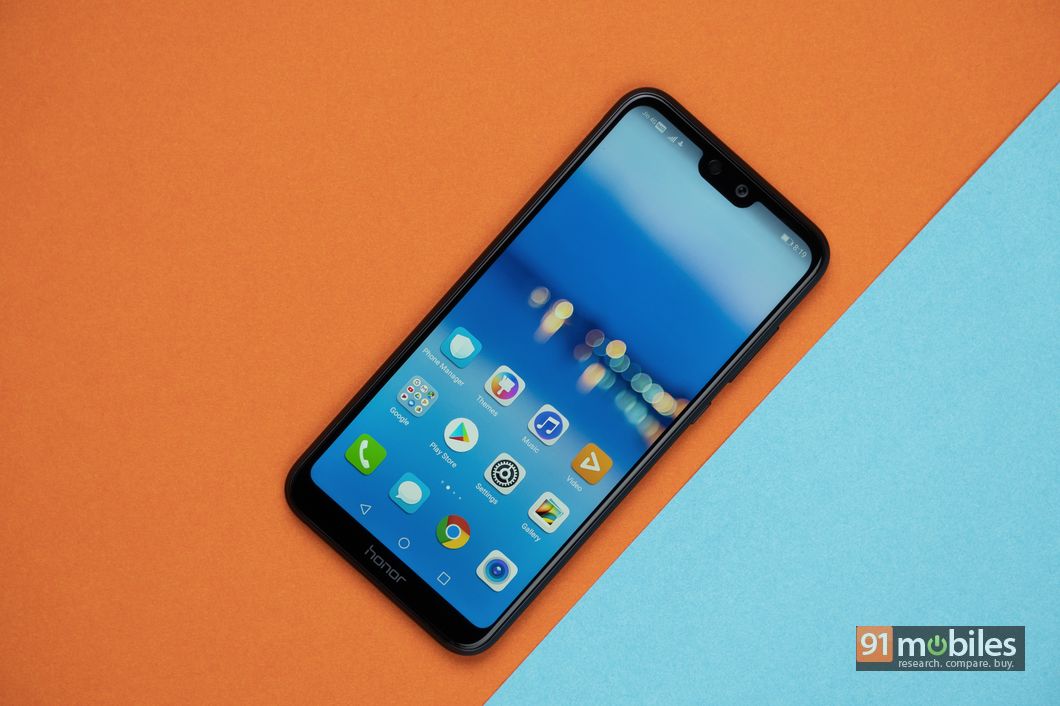 There is Game Suite to make sure the handset manages calls and notifications when you are busy gaming.

The handset is powered by the company’s proprietary HiSilicon Kirin 659 SoC, coupled with 4GB of RAM and 64GB of built-in storage, which can be further expanded up to 256GB via a microSD card. If we talk about real-life usage, we would say that the handset managed to play light games and apps with ease but struggled with some graphically challenging games. For example, we managed to run PUBG in low graphics settings and the performance cannot be described as extremely impressive. Having said that, there were no stutter or lag issues while navigating within the UI and the animations remained smooth throughout the length of the review.

The new budget segment offering from Honor houses a 3,000mAh battery. Just two years back, this would have classified as an impressive aspect about the handset but currently, there are many smartphones in the price range that offer better capacity. We had to recharge the Honor 9N by the end of the day with regular use. To provide further perspective, in our HD video loop test, the smartphone managed to last around 12 hours. In short, if you plan to head out on a trip with the Honor 9N, it would be a wise idea to carry along a power bank. 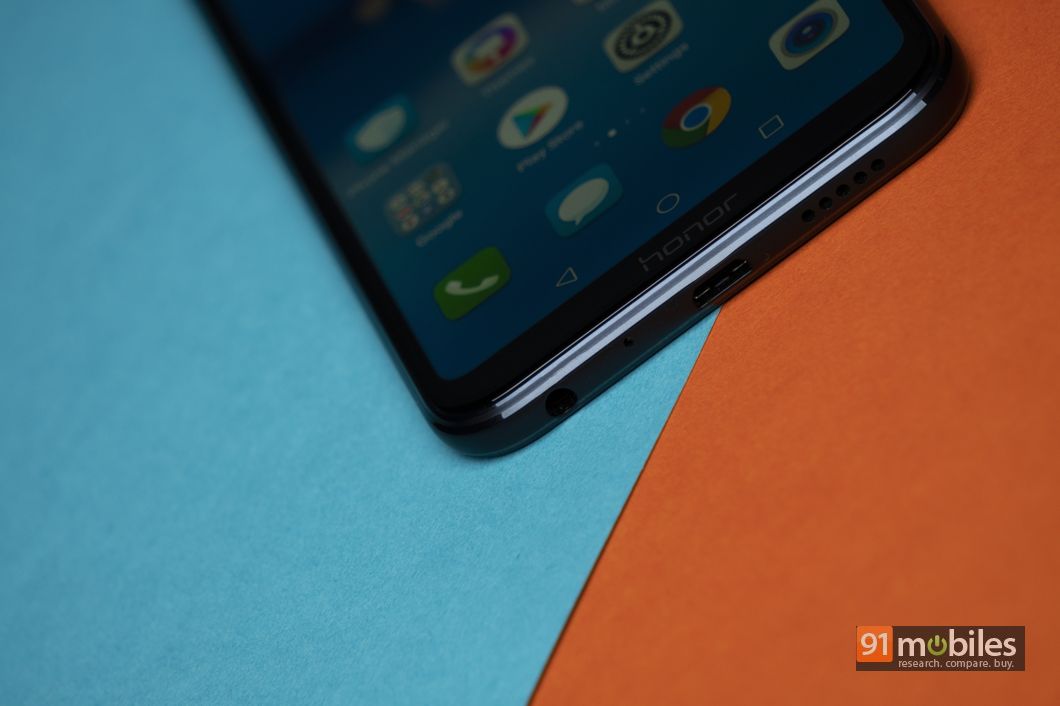 Considering that the Honor 9N is among the very few handsets in the budget segment that offer a notch design and provide an impressive display quality, the handset presents itself as a compelling option. However, the camera performance offered by the smartphone serves as a letdown and might be a dealbreaker for many. Some of the other handsets like the Realme 1 (review) and ASUS Zenfone Max Pro M1 (review) pose an incredible challenge with a comparatively better processors and performance in the same price range. As the 9N gets some of the small but important features (like the face unlock) right, there is some case to be made here, but the overall package would still depend largely on user preference.

Google Pixel 7 Pro will have a brighter display than its predecessor: Report