We’ve always held HTC in high regard, and the reason for that is its willingness to go the extra mile, especially with regards to designing its premium smartphones. The HTC One series of flagships raised the bar for metal-clad phones, but frankly, we haven’t seen a compelling device from the brand since the HTC 10 (review) that launched last year. Some of the recent offerings bearing the HTC logo, such as the 10 evo for example, haven’t rocked our boat. The HTC 11 could be in the pipeline, or so we hear, but meanwhile, the Taiwanese major has a new series of smartphones in the form of the U Play and the U Ultra (first impressions). The duo not only check the right boxes in terms of specs and features, but also boast a new design language. Wrapped in glass, they look downright sexy… and you’d have to trust us when we say so, because images don’t do them justice. The U Ultra is the more loaded of the two, and brings flagship-grade specs, not to mention a high price tag. Let’s see if it makes us go wow or not… 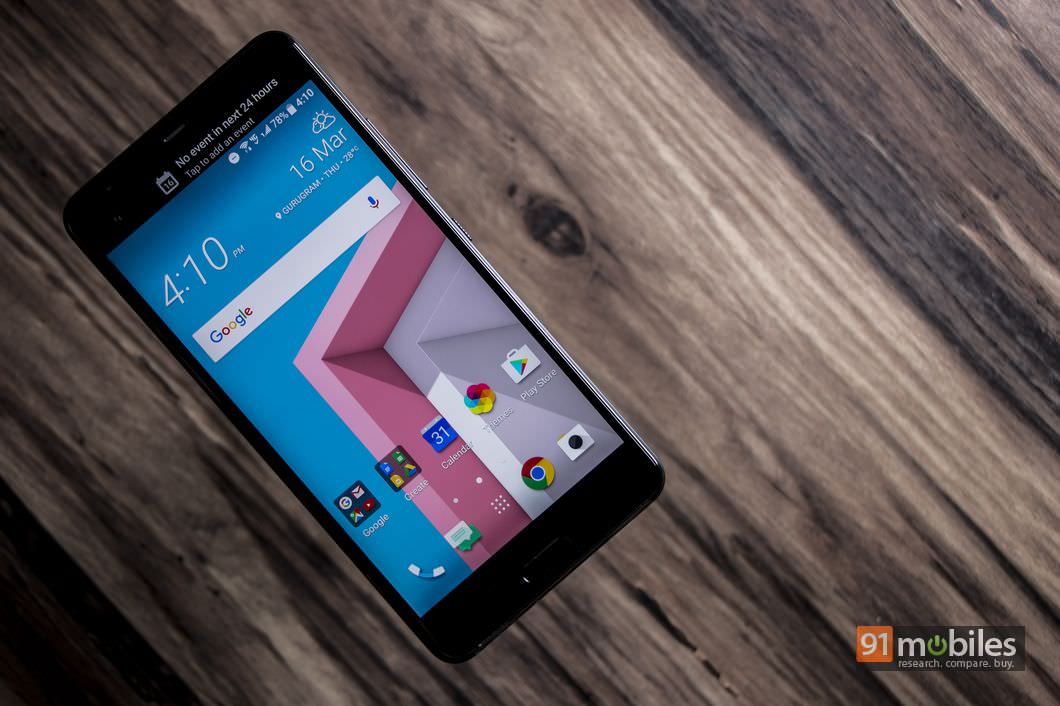 Right off the bat, the U Ultra impresses with its looks. As we said earlier… images don’t really do it justice, you just have to check it out for yourself to see what we mean. The glossy rear is a big fingerprint magnet for sure, which is where the included transparent case comes in handy. If you don’t use the case, you might just find yourself obsessively wiping the smudges quite often.

The phone’s 5.7-inch QHD display is sharp, vibrant and offers nice viewing angles. Under display settings, you’d find options to tweak colour temperature, switch on the night mode and the glove mode. However, the phone also rocks a secondary display op top, and the implementation is similar to the one we saw on the LG V20. The secondary display shows app notifications, along with other stuff such as calendar appointments, shortcuts to favourite apps and contacts etc, all of which can be customised as per your liking. 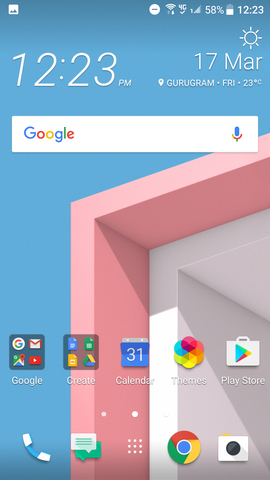 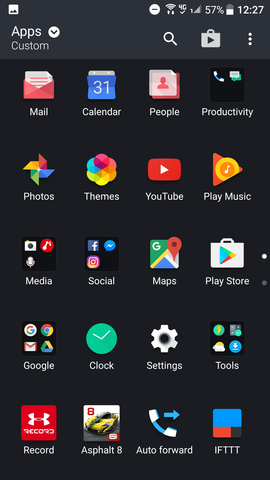 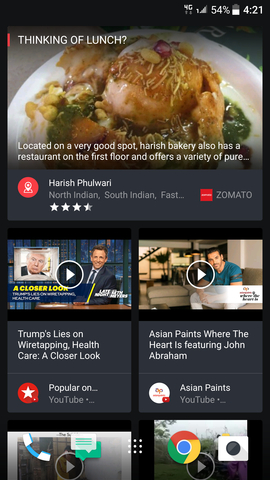 Speaking of customisation, the Nougat-based custom skin offers a fair share of options to do just that, including theme support. HTC’s skin isn’t too overpowering, and offers the usual signature features such as the Blinkfeed news aggregator and a bunch of preloaded apps such as News Republic, TouchPal keyboard, Zoe Video Editor etc. HTC also throws in the by now familiar Motion Launch gestures – which include screen-off gestures like double tap to wake up and sleep, swipe up to unlock, swipe left to jump to home, swipe right to launch Blinkfeed and swipe down twice to launch the camera. The camera can also be launched with a double press of the power key – handy in a crunch. 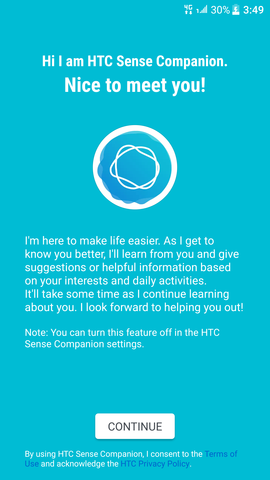 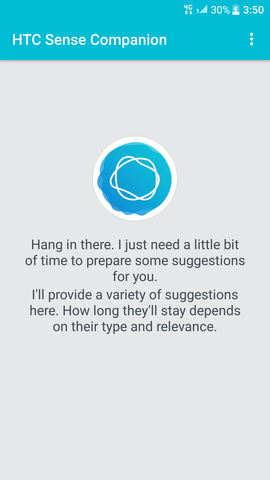 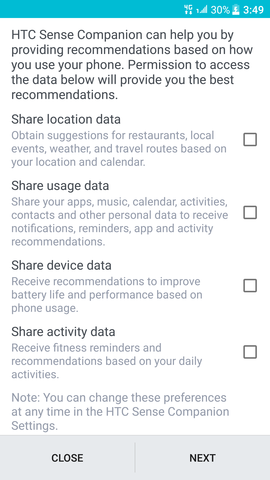 Also on board is Sense Companion, HTC’s new AI assistant. The brand’s take on a smart assistant is slightly different than Google and Apple, and comes in the form of the Sense Companion that finds pride of place in the app drawer as a dedicated icon. Once set up, it collects data from various sources, including your location, app usage, your calendar, physical activity, background apps, battery life, etc, along with other external info such as current and forecasted weather for example, to throw up prompts with suggestions. 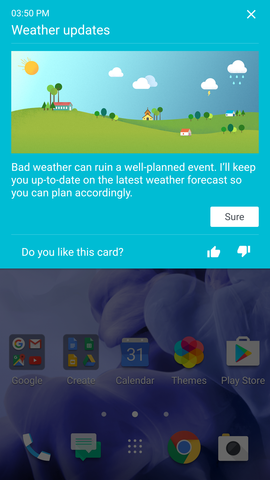 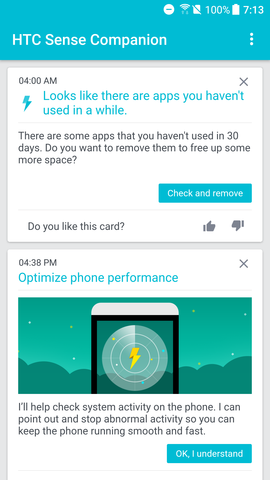 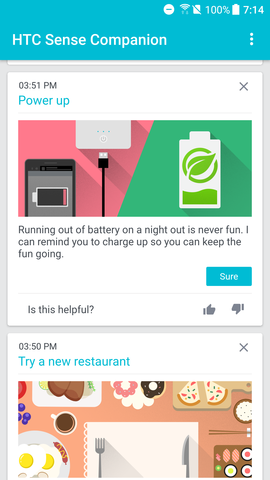 These suggestions are available as cards that pop up occasionally. The ones we saw during our usage included one that allows you check and remove apps that haven’t been used in a while, recommendations on restaurants in the vicinity, reminders to keep the phone charged, optimise phone performance etc. Sense Companion is an interesting idea for sure, but our usage time was too limited for it to prove really useful. Also, it’d be great if HTC could add voice commands into the mix for interaction with the Sense Companion too, we feel. 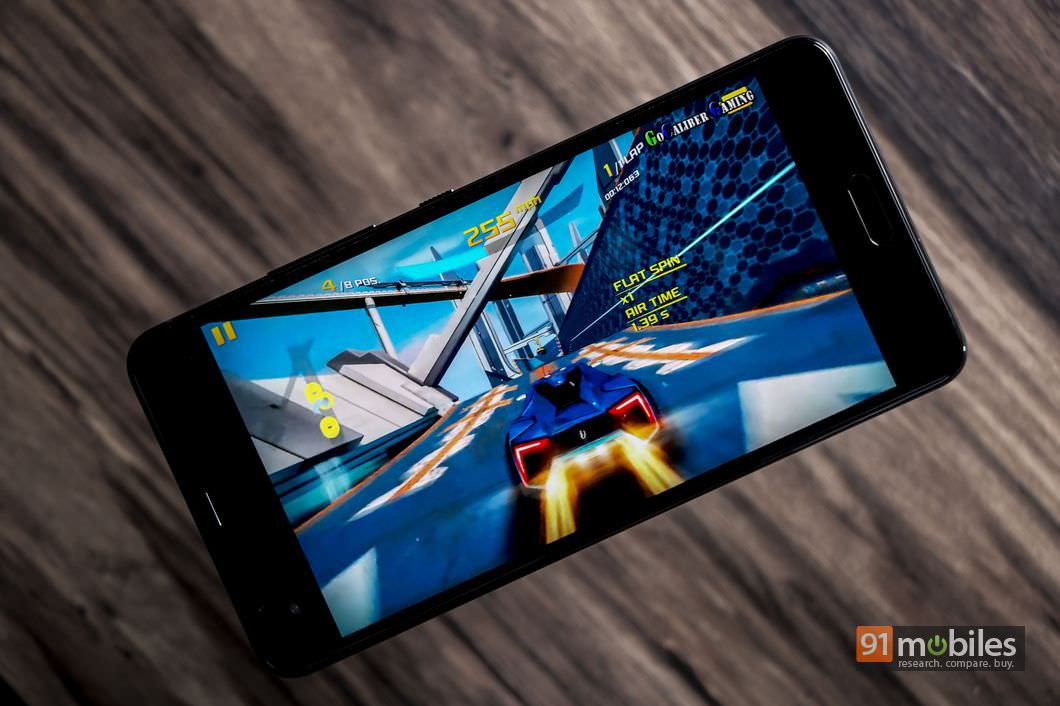 With a Snapdragon 821 chip and 4 gigs of RAM inside, performance is pretty smooth. While there’s noticeable heating when the phone is stressed, overall operation is quite zippy. The phone doesn’t disappoint as far as battery life is concerned too, as the sealed 3,000mAh battery took us though full working days comfortably without breaking into sweat. Our video drain test lasted a little over 11 hours, which is a pretty good result. And thanks to support for fast charging, the U Ultra can be juiced up fully in just about an hour and a half.

Sexy looks notwithstanding, the U Ultra’s glass design does have a few other drawbacks apart from the fact that it’s a fingerprint magnet. For one, it’s a pretty large device, even for one with a 5.7-inch display. Of course, the secondary display is the one to blame for that. The phone is slippery too, and we don’t think its glass body will be able to withstand too many hard drops without showing any evidence of the same. Another gripe we have regarding the design is that the home button and navigation keys are placed too close to the bottom, making it even harder to use the phone with one hand. 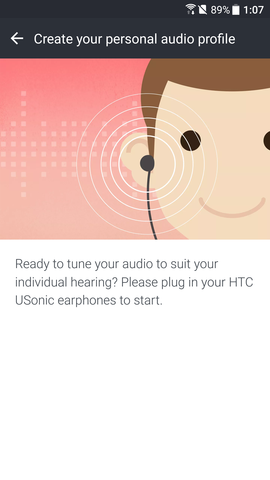 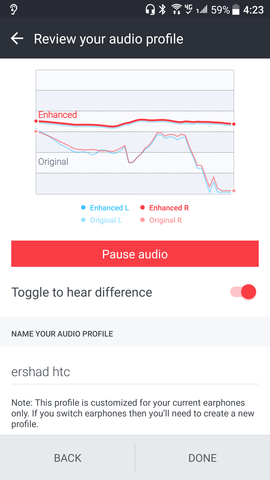 The HTC U Ultra utilises USB Type-C for audio, and misses out on a 3.5mm audio socket. It isn’t the first phone we’ve seen without this interface, but we don’t like the fact that HTC doesn’t include a Type-C to 3.5mm adapter in the retail box. It does include a pair of USonic earphones, which come with a Type-C connector and are actually quite nice in terms of audio quality. There’s even a special USonic mode in settings that lets you create a custom audio profile suitable for your ears, and it does make a noticeable difference in the sound quality. However, you’ll face a brick wall if you want to use your own pair of wired headphones. We got an error saying “unsupported accessory” when we tried our own audio adapter with the U Ultra to connect a pair of regular earphones. 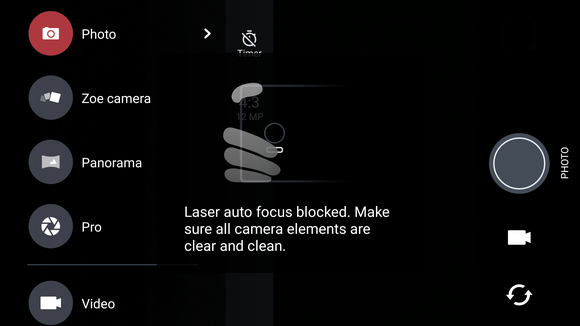 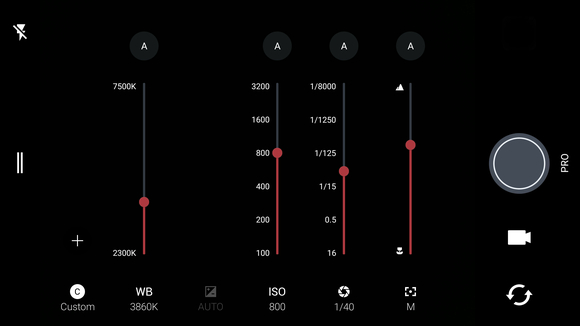 And then there’s the camera. The 12MP rear camera boasts PDAF, laser autofocus and optical image stabilisation, and supports shooting videos in 4K as well as 120fps slow-mo. The selfie shooter offers a resolution of 16-megapixels and can also be switched to an Ultrapixel mode which is better for low-light conditions. And judging from the results, the selfie shooter does a swell job too. Wish we could say the same for the primary camera. While it does take reasonably good pictures, we did notice some softening around the edges and loss of detail when zoomed in.

HTC U Ultra camera samples
1 of 10

It’s clear that the HTC U Ultra has a lot going for it – it looks nice, performs smoothly, offers good battery life, and is loaded up with enough features to distinguish itself from the herd. 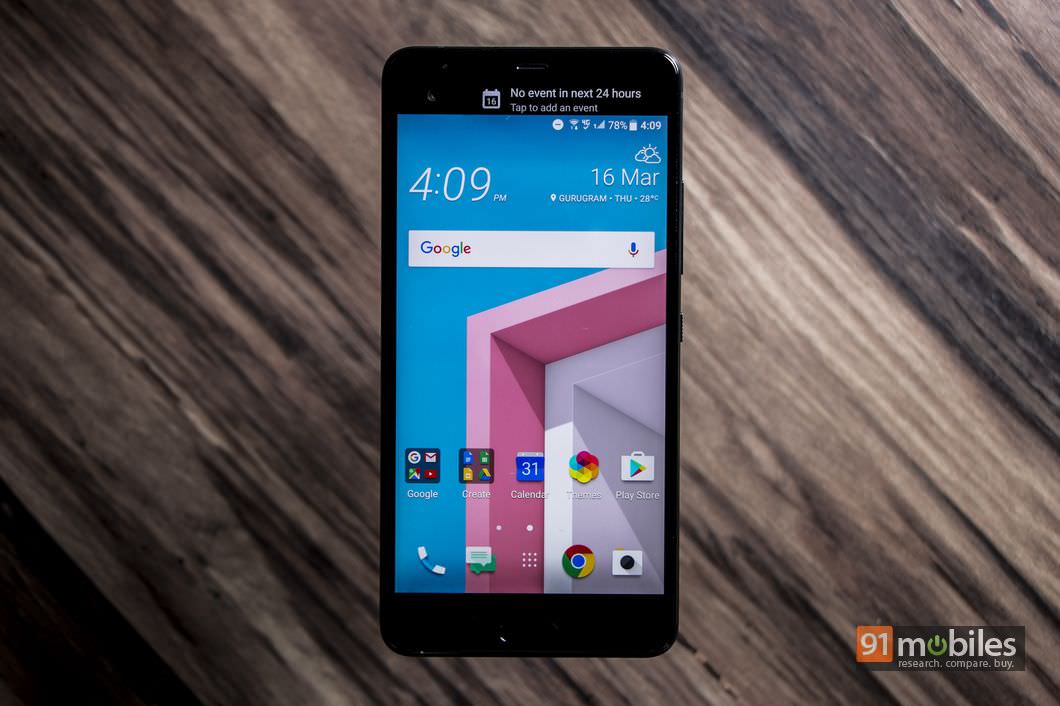 The phone was launched at a steep cost of Rs 59,990, but thankfully, the sticker price has now been reduced to a slightly more digestible Rs 52,990. Notwithstanding that significant price drop though, it still needs to beat some serious competition in the form of the LG V20 (review) and older flagships like the Google Pixel XL (review) and Samsung Galaxy S7 edge (review) to be able to come across as a worthy buy. More competition is incoming, as the likes of the LG G6 (first impressions) and the Samsung Galaxy S8 are due to land in the country very soon. The price drop will help its cause, but it’d be great if HTC can use some software wizardry (read updates) to improve the U Ultra’s camera results and make it a compelling option, and one we can recommend wholeheartedly.