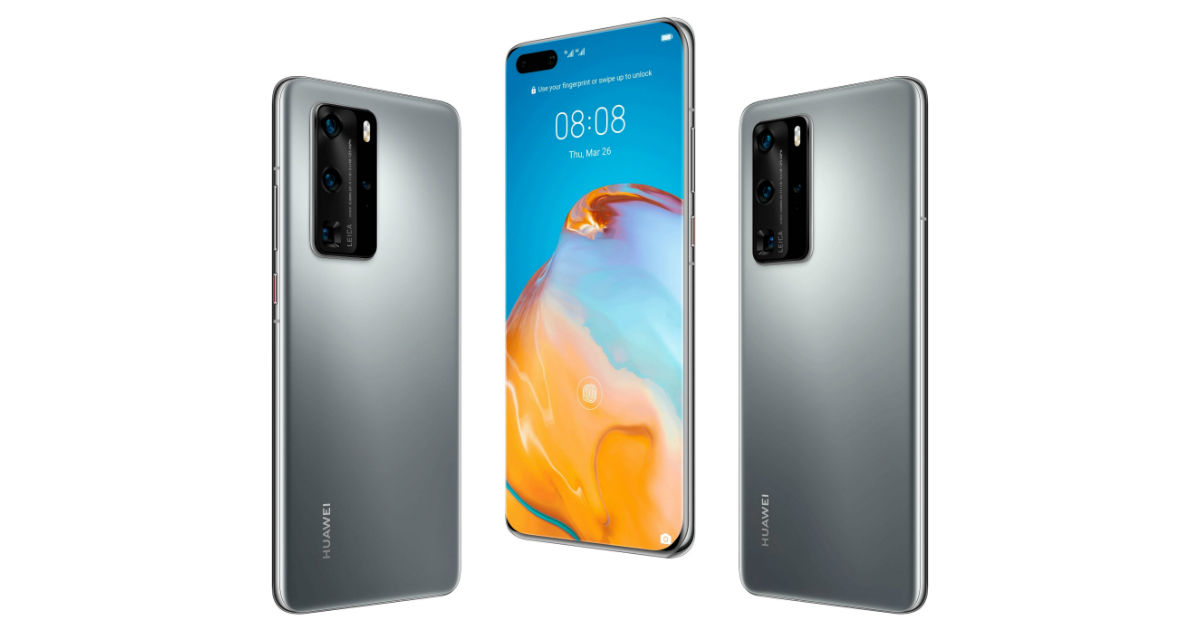 Huawei P40 and P40 Pro are both scheduled to launch globally on March 26th. We already know that the flagship smartphones will launch with wide punch-hole cutouts to accommodate multiple front cameras, an array of sensors on the back, and the latest Kirin 990 chipset under the hood. We have also exclusively shared renders of the Huawei P40 series in the past, as did tipster Ishan Agarwal recently. Now, Agarwal has shared some key Huawei P40 and P40 Pro specifications with 91mobiles that include display size, cameras, battery, and fast charging tech, among other things. Notably, the upcoming smartphones will likely be the world’s first to sport a 50MP main camera and 40W fast wireless charging.

Starting with the big one first, the tipster has revealed that the Huawei P40 Pro 5G camera specifications will include Leica Ultra Vision quad camera setup that comprises of a 50MP primary sensor, a 40MP secondary sensor, a 12MP camera, and a 3D ToF sensor. The telephoto camera will support 50x SuperSensing Zoom and stabilisation, as per the tipster. The cameras will also be backed by Huawei XD Fusion Engine to further enhance the results. The front camera of the phone will get a 32MP main sensor and a depth sensor, which is why the phone gets a wider pill-shaped cutout compared to the regular P40.

As for everything else, the Huawei P40 Pro will sport a 6.58-inch display, which as per the previously leaked renders will bear curved edges. At the core of the handset will lie the Kirin 990 5G SoC, but there is no word yet on the RAM and storage variants for the model. The smartphone will house a 4,200mAh battery with 40W wired fast charging. interestingly, the phone could also support 40W fast wireless charging, although the tipster is unsure about this and it could very well be limited to 27W. Because of the ongoing US ban on Huawei, the new Huawei P40 series will not support Google apps (including the Play Store). Instead, the company will ship the flagship with its own Huawei Mobile Services and AppGallery.

The vanilla Huawei P40, meanwhile, will have a slightly compact form factor and triple rear cameras. The handset is tipped to sport a 6.1-inch display that will reportedly house a punch-hole atop for the selfie camera. Unlike its elder sibling, the Huawei P40 is said to have just one 32MP front-facing camera doing the job of selfies and video calling. The rear camera of the phone, however, would house 50MP + 16MP + 8MP Leica Ultra Vision sensors with up to 30X digital zoom and Huawei XD Fusion Engine for Pictures.

The standard Huawei P40 will house a smaller 3,800mAh battery and should also support 40W fast wired charging and 27W wireless charging, although the tipster could not confirm this detail. With the Huawei P40 and P40 Pro specifications and renders revealing pretty much everything we need to know, we only await the pricing of the upcoming smartphones, which will be announced on March 26th.

This was the most searched word on Google in 2022