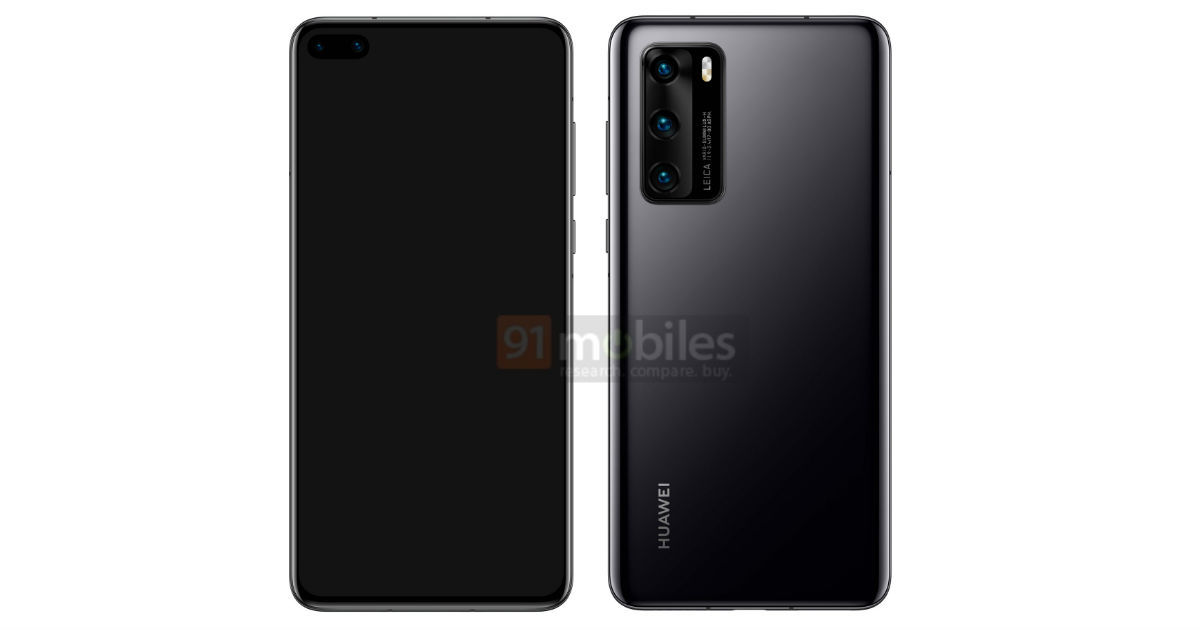 “The Huawei P40 smartphone will sport a protruding camera unit with dual LED flash, as per the new render”

In mid-December, 91mobiles published the first renders of the Huawei P40 and Huawei P40 Pro, revealing several design cues the next flagship Huawei smartphones will feature. However, the renders did not reveal the full design of the smartphones, including the selfie camera layout, the notch, and rear camera setups. Now, industry sources have shared with 91mobiles an exclusive Huawei P40 render that reveals the design details missing from the earlier renders. The render (below) shows the Huawei P40 will have a flat display with a punch-hole design, with space for two selfie cameras. The rear panel of the Huawei P40, meanwhile, will pack a rectangular camera module with LEICA-powered triple sensors and an LED flash. 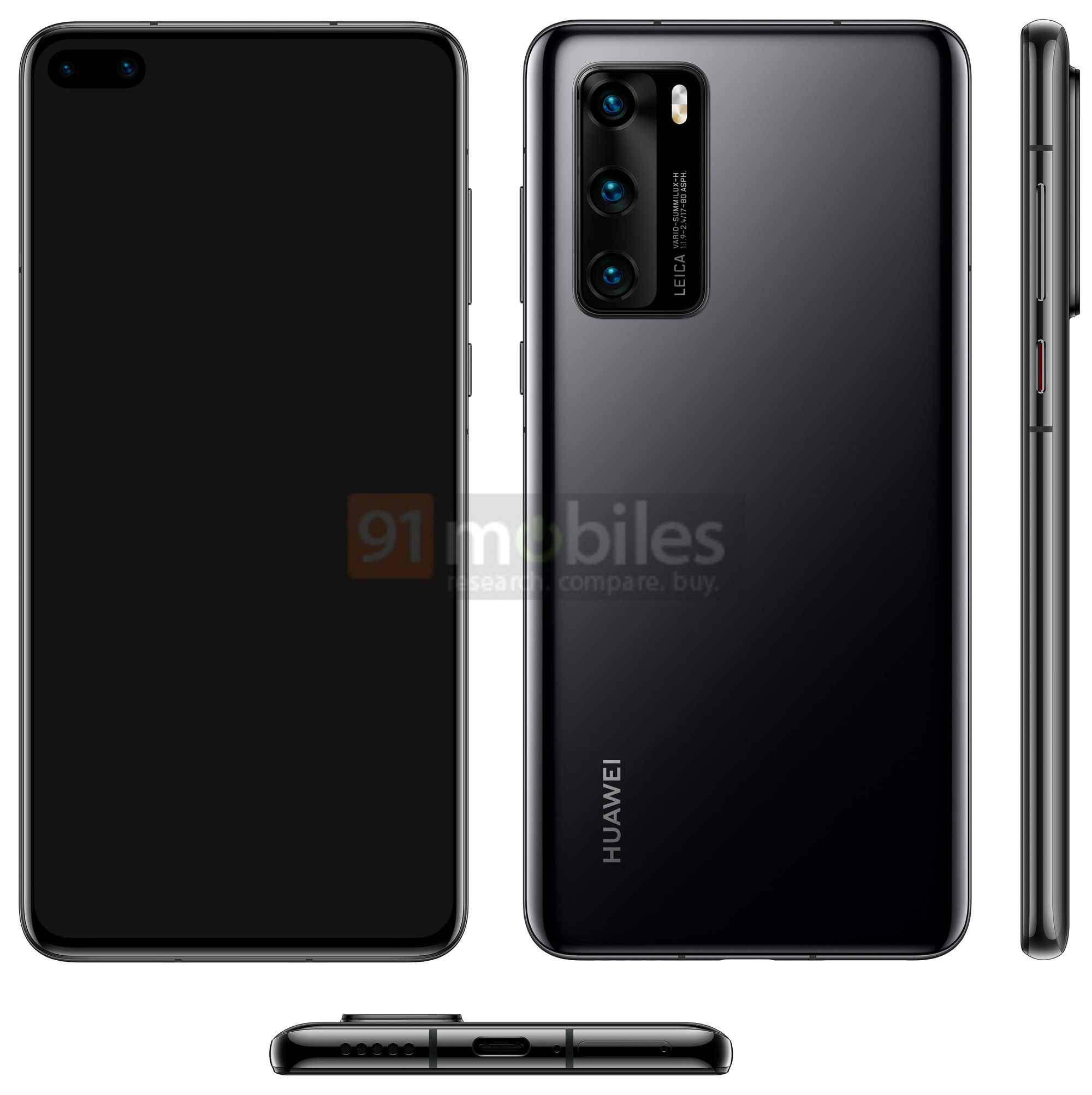 We can expect the P40 Pro to feature curved display and quad rear cameras. As has been confirmed by the company, both Huawei P40 and Huawei P40 Pro are slated to launch at an event in Paris in March. The handsets are going to be the brand’s upcoming flagships and succeed last year’s P30 and P30 Pro models.

Huawei P40 specifications are pretty scarce at the moment. The only information available is that the phone will be powered by Kirin 990 chipset with 5G connectivity. The handset’s triple rear camera is rumoured to house a primary sensor, assisted by ultra-wide and ToF lenses. Software-wise, the Huawei P40 will come pre-loaded with Android 10-based EMUI 10 out of the box minus the Google services and updates thanks to the US ban. The display is expected to measure between 6.1-inch and 6.2-inch for the P40.

As for its elder sibling the Huawei P40 Pro, it’s said to feature an improved periscope camera with a 10X optical zoom along with a telephoto sensor. Rumours are rife that it’ll pack quad rear cameras with 64MP Sony IMX686 primary sensor, a 20MP ultra-angle-wide lens, a 12MP periscope telephoto lens, a macro lens, and a Time of Flight sensor. The phone is also expected to rock the top-end Kirin chipset. 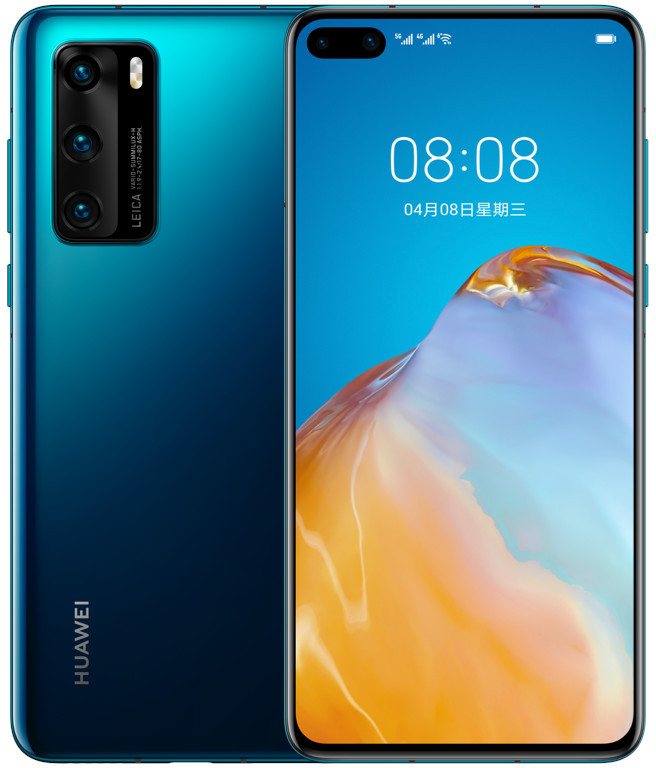