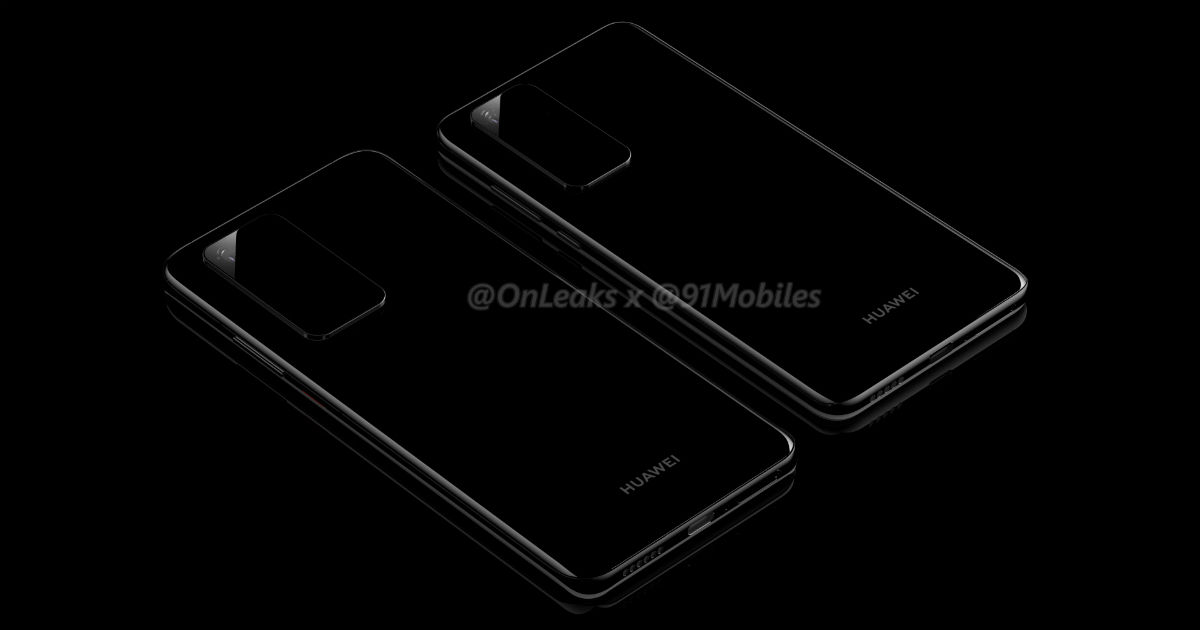 “Huawei P40 will have a flat display, while the P40 Pro will feature a quad-curved panel”

The Huawei P40 series launch has been confirmed at the end of March 2020 in Paris by the company’s CEO Richard Yu. Ahead of that, 91mobiles and renowned tipster @OnLeaks bring you the exclusive renders of the upcoming flagships from the brand — the Huawei P40 and P40 Pro. The successors to the Huawei P30 series will come with a design that’s going to be a rage in 2020. We’ve already seen this camera design on the Samsung Galaxy A51, Galaxy A71, Vivo V17, as well as the upcoming Galaxy S11 series. Now, the Huawei P40 and P40 Pro will also feature a rectangular camera module at the back that juts out from the frame a little.

The Huawei P40 camera module houses as many as four sensors, whereas the exact number of camera sensors on the Pro model isn’t known at the moment, though rumours say there will be five cameras. Apart from this, the Huawei P40 series seems to feature a glass layer at the back and an all-display fascia.

The Huawei P40 has a flat display that should measure between 6.1-inches or 6.2-inches. On the other hand, the P40 Pro has a Samsung-style display that curves on all four sides and measures 6.5-inches to 6.7-inches. @OnLeaks points out the metal frame on the corners has a new design, one that will make people wonder how the display folds into the metallic frame. 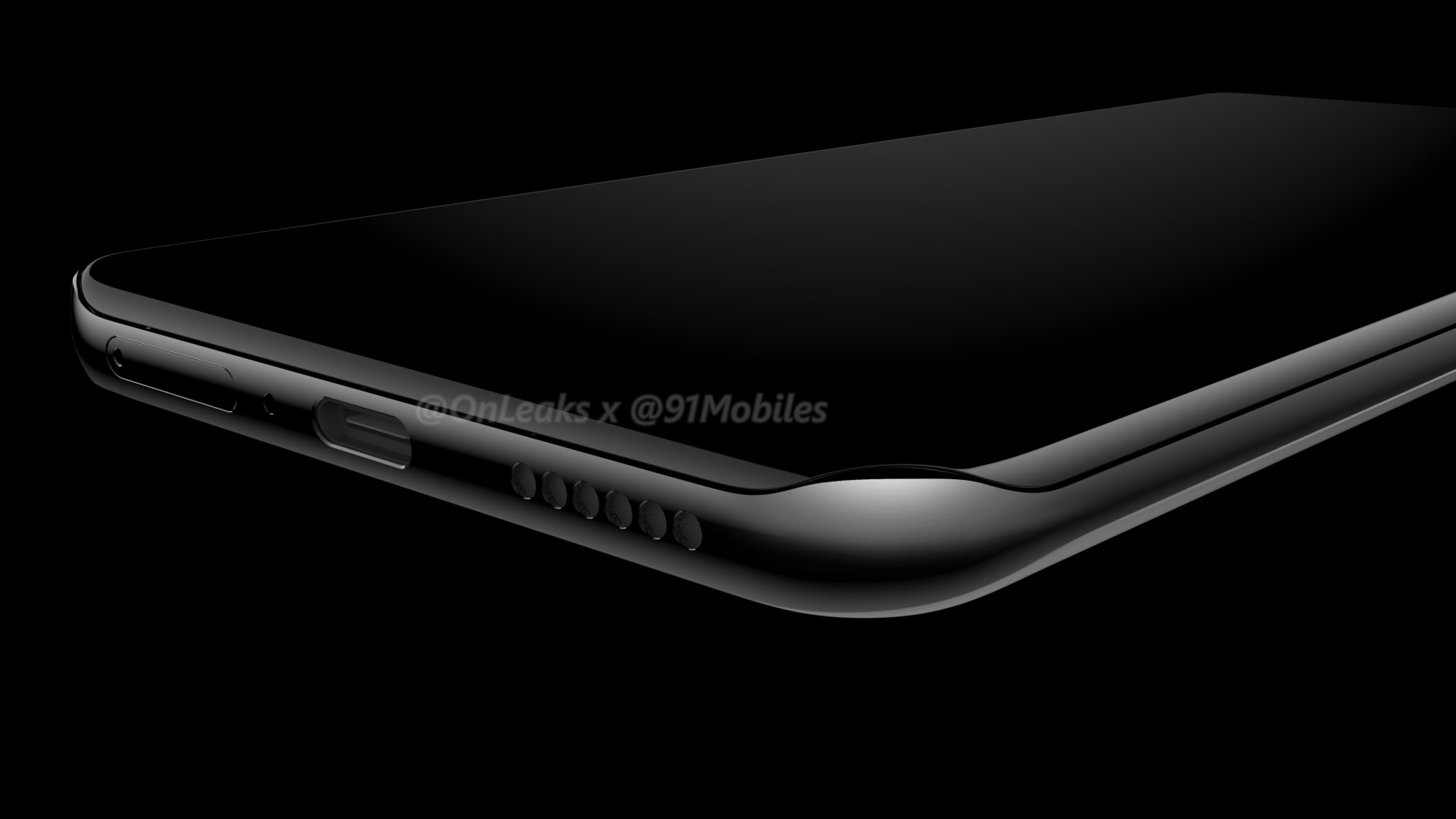 Both the phones will have USB Type-C ports, SIM card tray, and speaker grilles at the bottom, while the top edge houses a 2mm hole. The volume rocker and power buttons will be on the right spine of the Huawei P40 series models. There will be no 3.5mm audio jack on either handset.

The renders do not show whether the phones will have punch-hole displays or notches, but there definitely won’t be a pop-up module for the selfie camera. Both phones this time may come with OLED panels with an in-display fingerprint scanner. The specifications of the Huawei P40 series are vague at the moment. However, going by the previous leaks and rumours, the Huawei P40 Pro could ship with a mammoth 5,500mAh battery that bears 50W fast-charging support. The handset will rock the in-house Kirin 990 SoC, which has 5G modem integrated for the fifth-generation cellular connectivity. Software-wise, Yu has confirmed that the phone will boot Android 10 (open source, most likely)-based EMUI 10 out of the box. However, there won’t be any Google apps such as Gmail, Google Maps, etc available for these phones.

Huawei P40 Pro is also tipped to feature a 6.5-inch waterfall OLED Quad HD+ display with 120Hz refresh rate and a screen-to-body ratio of around 98 percent. In terms of optics, the Huawei P40 Pro is expected to pack Leica-branded penta-camera setup with a 64MP Sony IMX686 primary sensor, OIS, a 20MP ultra-angle-wide lens, a 12MP periscope telephoto lens, macro lens, and a Time of Flight sensor. 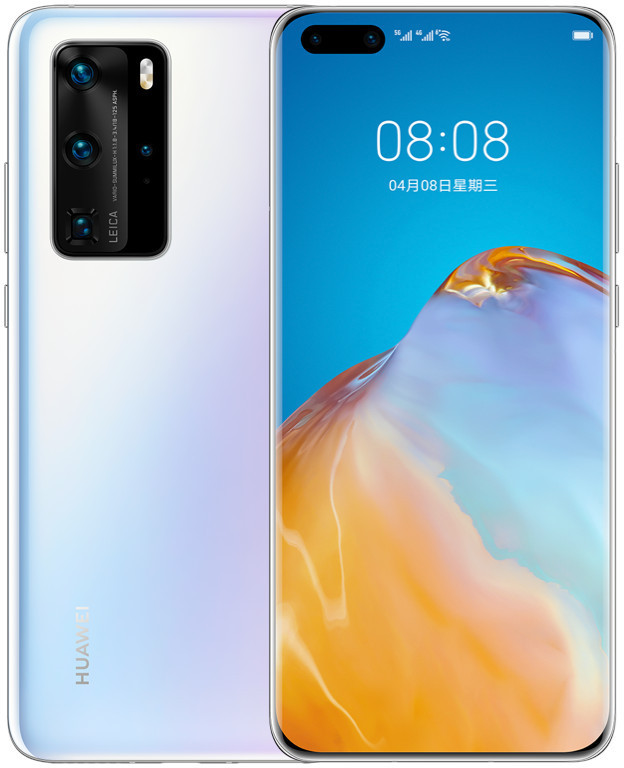