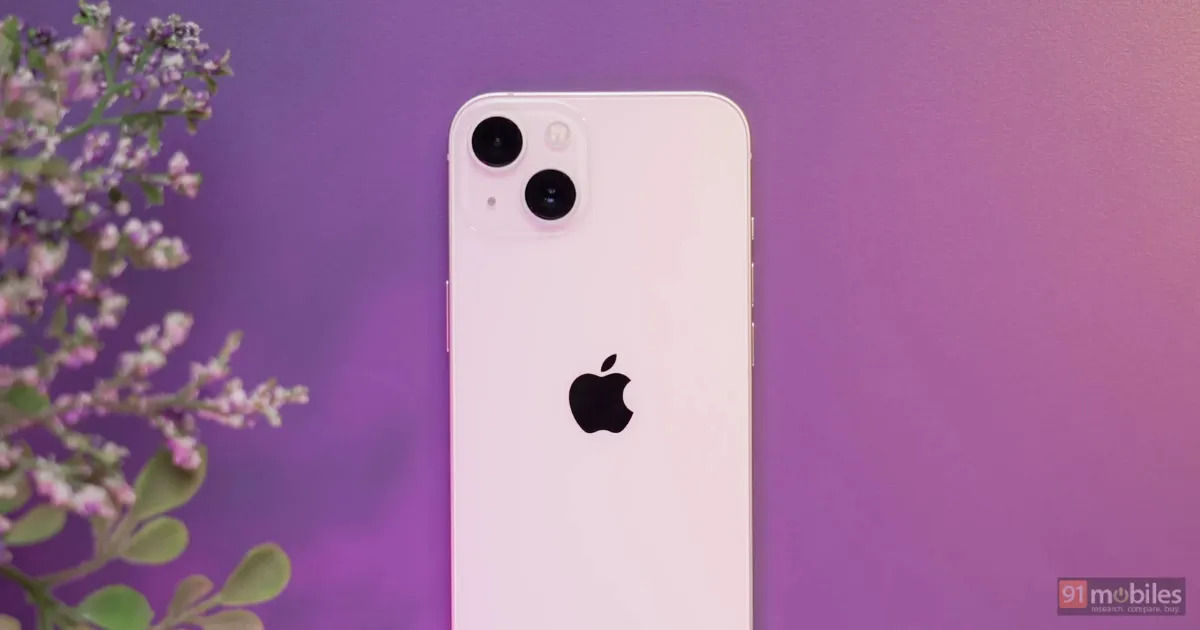 A new report from Counterpoint reveals that Apple again led the global bestselling smartphones list. The bestselling phone of April was iPhone 13, followed by the iPhone 13 Pro Max and iPhone 13 Pro, respectively. Apple took the top 4 spots, with the fourth being iPhone 12. The iPhone SE 2022 was also on the list sitting at number 7th position, making it a total of 5 Apple iPhones to make it to the list.

Samsung also managed to get its four smartphones on the list, and its flagship Samsung Galaxy S22 Ultra bagged the fifth position on the list. The Redmi Note 11 was the last phone on the list. These top 10 handsets captured 21 percent of the total smartphone market. Let’s have a look. 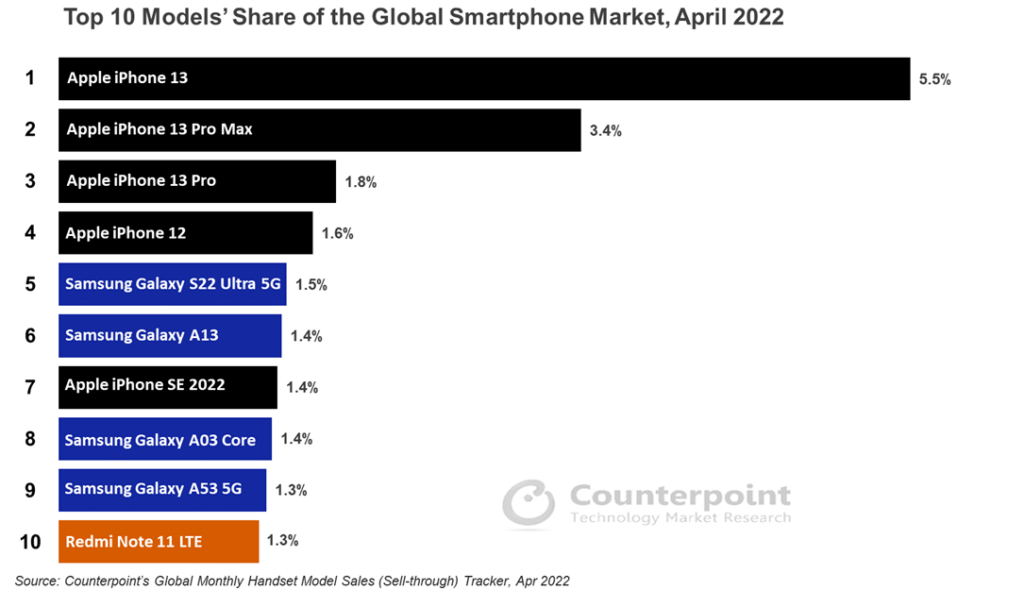 The report says, The month’s best-sellers list saw an increase in the number of 5G-enabled smartphones, rising to a new high of seven models and up from four in the same month last year. The 5G smartphones on the list represent a third of the total 5G smartphone sales. 5G capability has become a standard offering in flagships and its presence is increasing in lower price bands as well.

The last on the list is the only non-Apple/Samsung phone – the Redmi Note 11 LTE. The phone has managed to make its way on the list sitting at the number 10th spot.