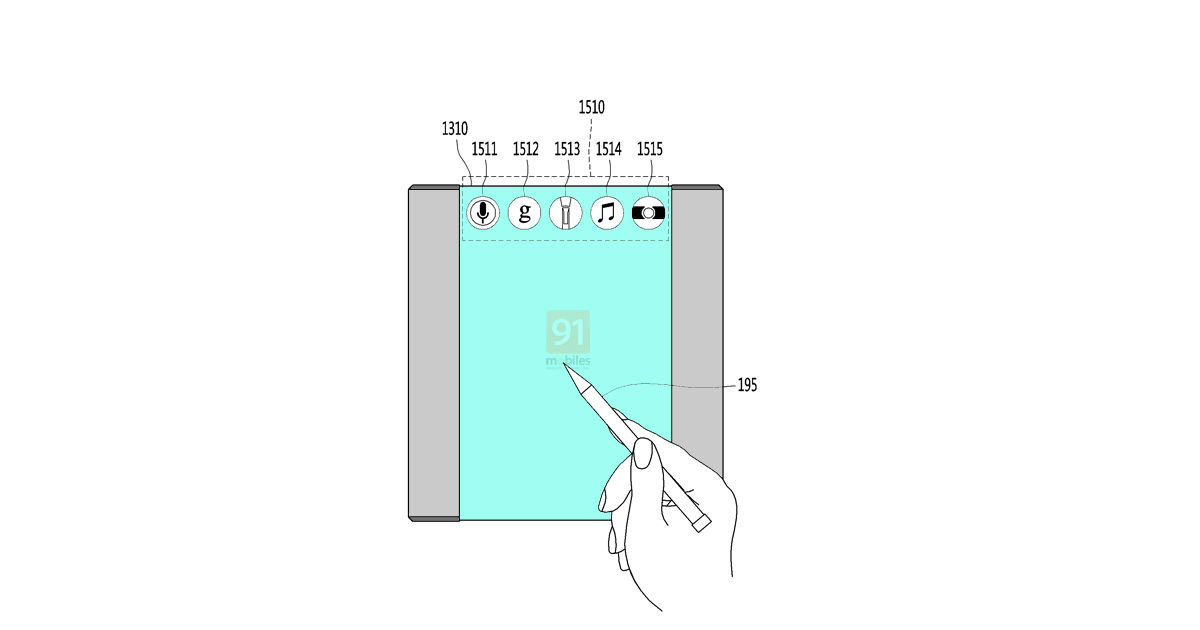 LG, back at CES 2019, had introduced Signature OLED Rollable TV. As the name suggests, the display rolls out from the bottom when turned on and rolls back in when turned off. This premium design has caught the attention of many back then. Now, it looks like the South Korean giant is working on a rollable smartphone as it filed a design patent at the United States Patents office. The patent was published on March 5th, as discovered by 91mobiles. The display on this smartphone rolls out from the right side to offer a tablet-like screen. The patent images suggest that LG is using motors for free motion of display to roll in and out.

Furthermore, the LG phone also allows you to open a portion of the screen to perform quick operation like replying to messages, etc. When completely rolled in, it has a slim rectangular or spherical body with a part of the screen present outside to quickly check time and app notifications. The top portion of the phone has a single camera sensor along with the main earpiece. If this wasn’t complicated enough already, LG has also included a stylus in this rollable handset; the stylus will be housed at the bottom on the spherical body of the phone. For now, the stylus doesn’t seem to offer anything special outside of functioning as a touch input to take notes, draw, etc.

The large screen size of such a smartphone will offer the flexibility of multitasking where you can draw or take notes with the Stylus on one side of the screen while taking calls in the other half. Given how the patent shows various use cases of the stylus and the significant form factor, the LG rollable phone seems to be aimed at designers. The phone can be used horizontally or vertically as per users’ choice, and the screen orientation will be auto-adjusted. Given that the patent is just published, there’s no way to tell if LG would launch it commercially for the public or will only remain a concept.