91mobiles.com
Home Android Phones Micromax Evok Power review: a beauty, but only on the outside

“Backed by a quad-core processor, fingerprint sensor and a solid build, the Evok Power is competing to find a place in your pocket”

Indigenous smartphone brand Micromax has been known to be a game changer, but its thunder seems to have been stolen by the Chinese lately. The company is jumping onto the ‘online-exclusive’ bandwagon with its recently launched Evok Power (first impressions) budget smartphone. Amidst the plethora of brands fighting to get buyers’ attention in the overly congested budget segment, can Micromax shine the limelight on itself with the Evok Power? Well, let’s find out. 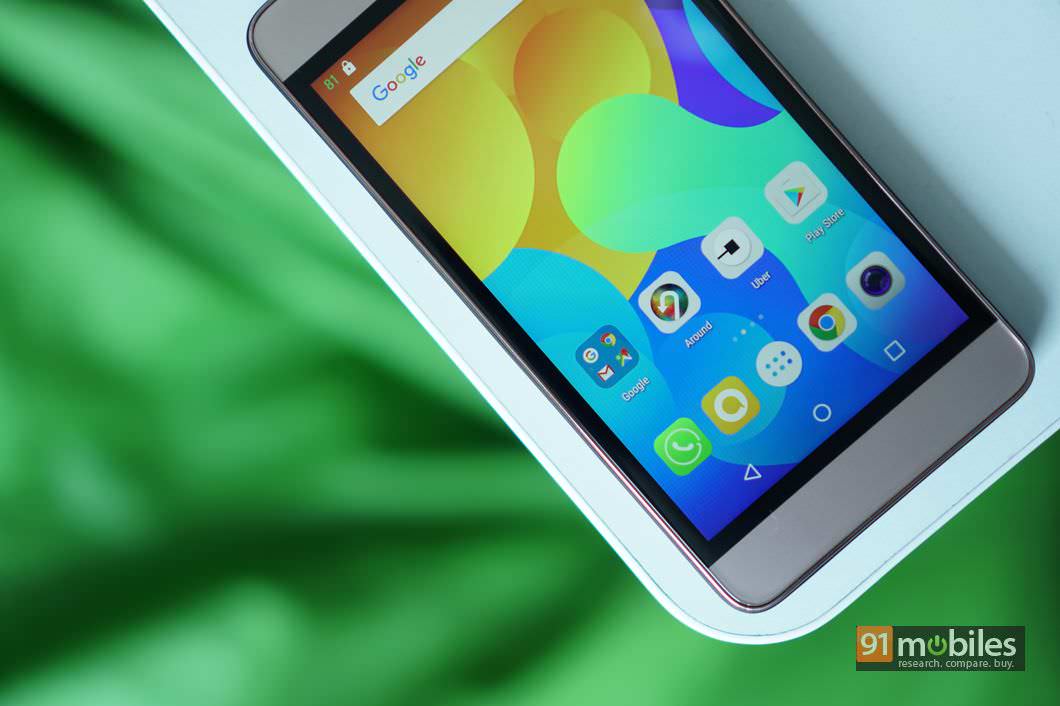 For Micromax to succeed, it was imperative that the company stood out from the herd of metal unibody smartphones and to some extent, the brand has achieved that feat. On the face of it, the smartphone does little to differentiate itself from the Xiaomi Redmi Note 4 (review). What’s interesting, however, is the presence of a rubberised band which covers all four sides of the Evok Power, giving the smartphone not just a distinctive character, but also acting as a bumper ensuring that the device remains intact even if you accidentally drop it. Having said that, I personally didn’t drop the phone so I can’t attest whether the bumper case works as was intended. Even though the smartphone has been constructed mostly out of plastic, it still has a substantial weight to it and feels sturdy in the hand. The back panel of the smartphone is removable which opens to give users access to two SIM card slots and a dedicated microSD card slot. Unfortunately, the battery is not removable.

You will find a fingerprint sensor towards the back of the smartphone which is a rare sight at this price point. The fingerprint recognition has been a hit and miss affair for me and I often had to tap the sensor multiple times in order for my fingerprint to register.

Unfortunately, Micromax’s efforts to bring a premium smartphone feel to the budget segment go down the drain once you look at the Evok Power’s display. While I have no complaints with the HD resolution being offered by its 5-inch screen, what puts me off (and presumably, most buyers) are the thick bezels surrounding the panel. The black border is evident the second you boot up the Evok Power and takes away from the charm of using the phone. Adding insult to injury is the thick bezel which flanks the bottom of the panel. I can’t get myself around why that space exists, considering how Evok Power isn’t even using capacitive buttons. With more and more brands going bezel-less in 2017, Micromax has done a complete 180. 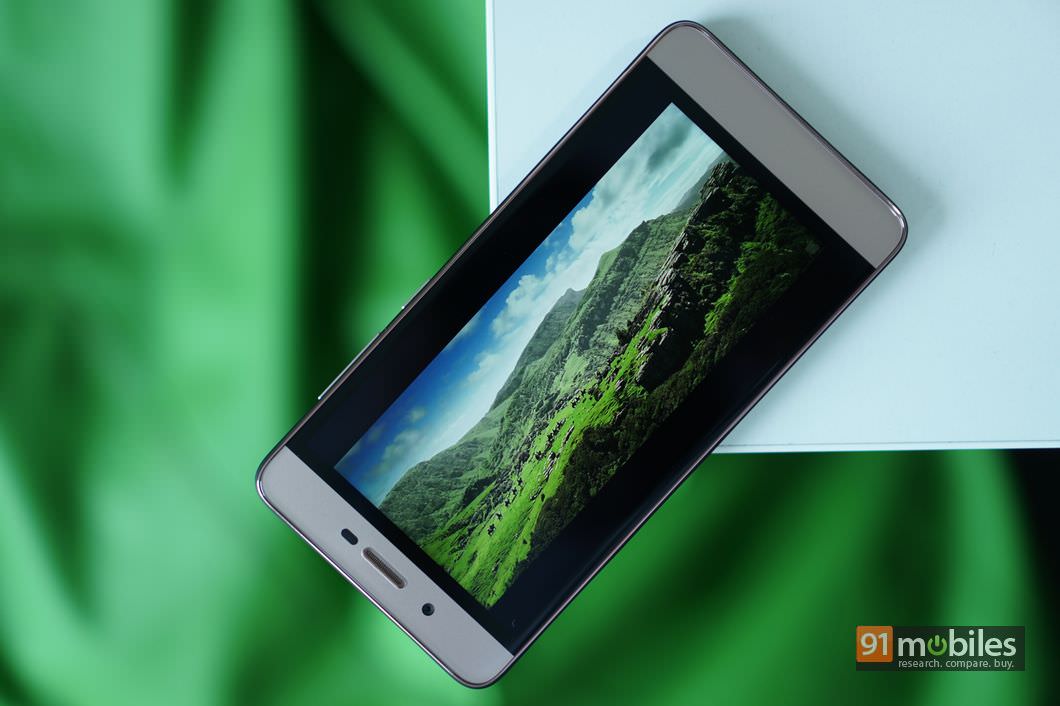 As mentioned earlier, the 5-inch panel on the Evok Power outputs a resolution of 720 x 1,280. The display gets reasonably bright, but the sunlight legibility is average and you’ll have to cover the screen with one hand to properly operate the smartphone under the sun. 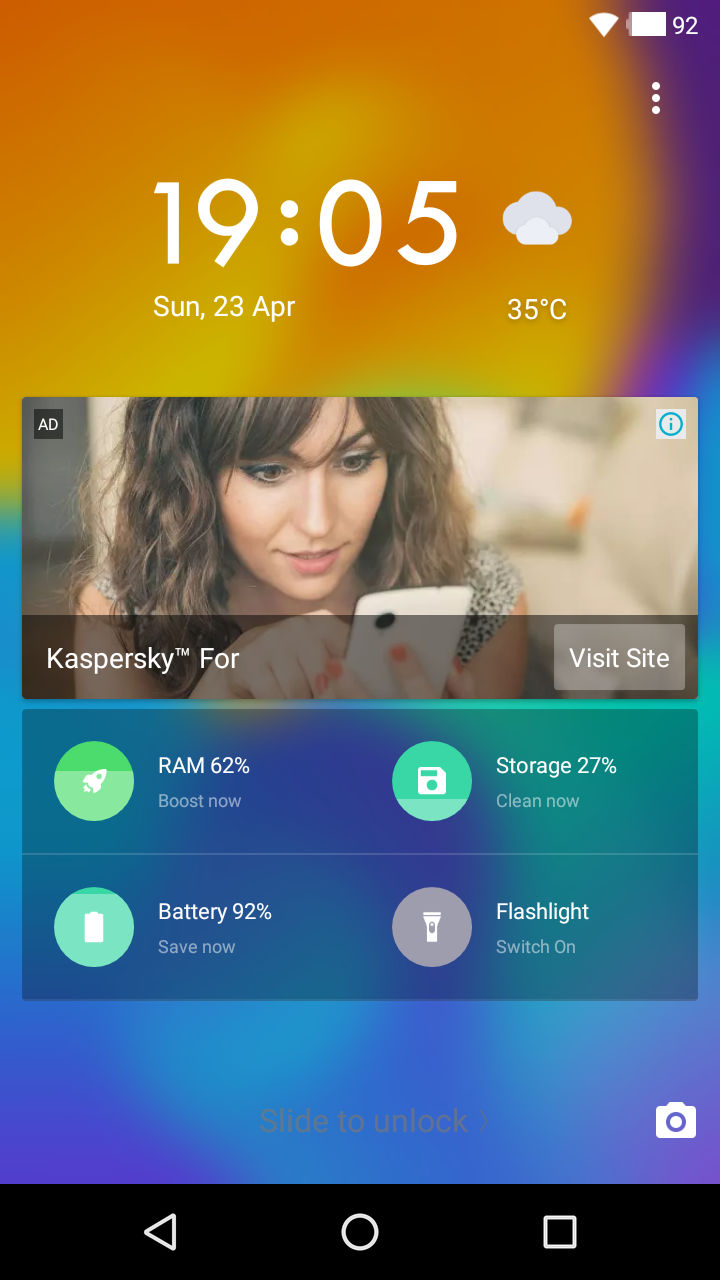 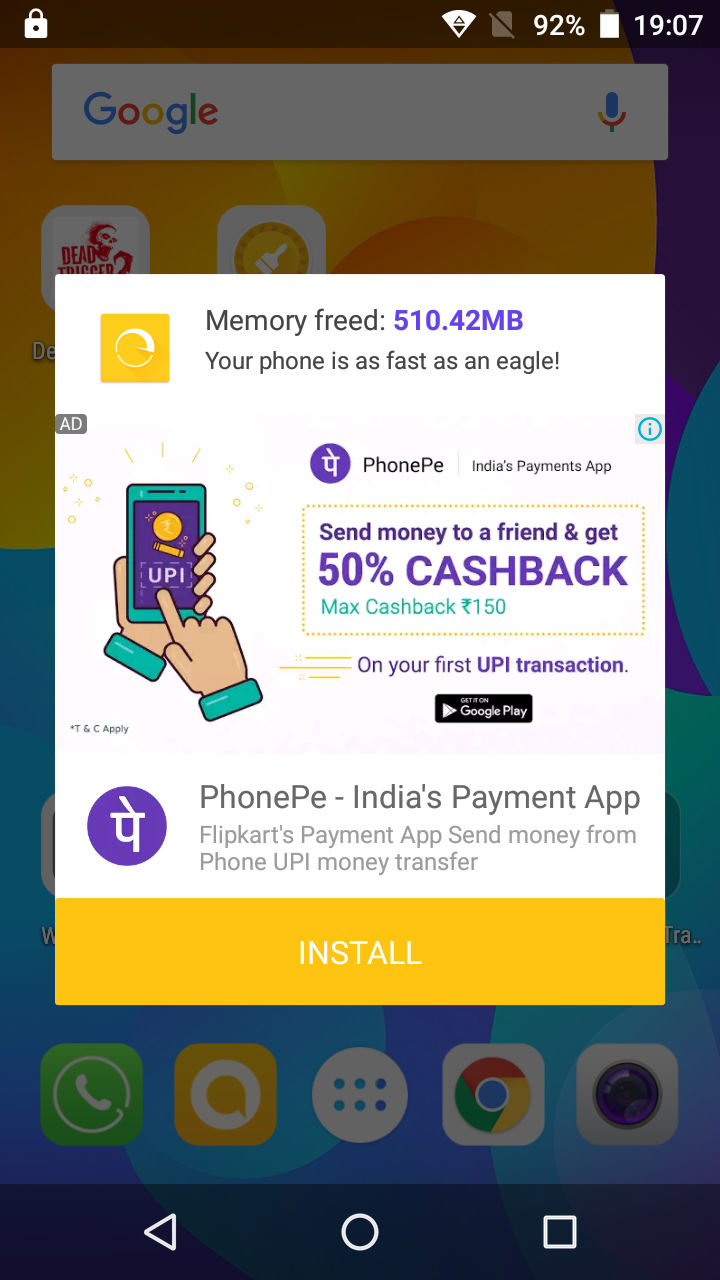 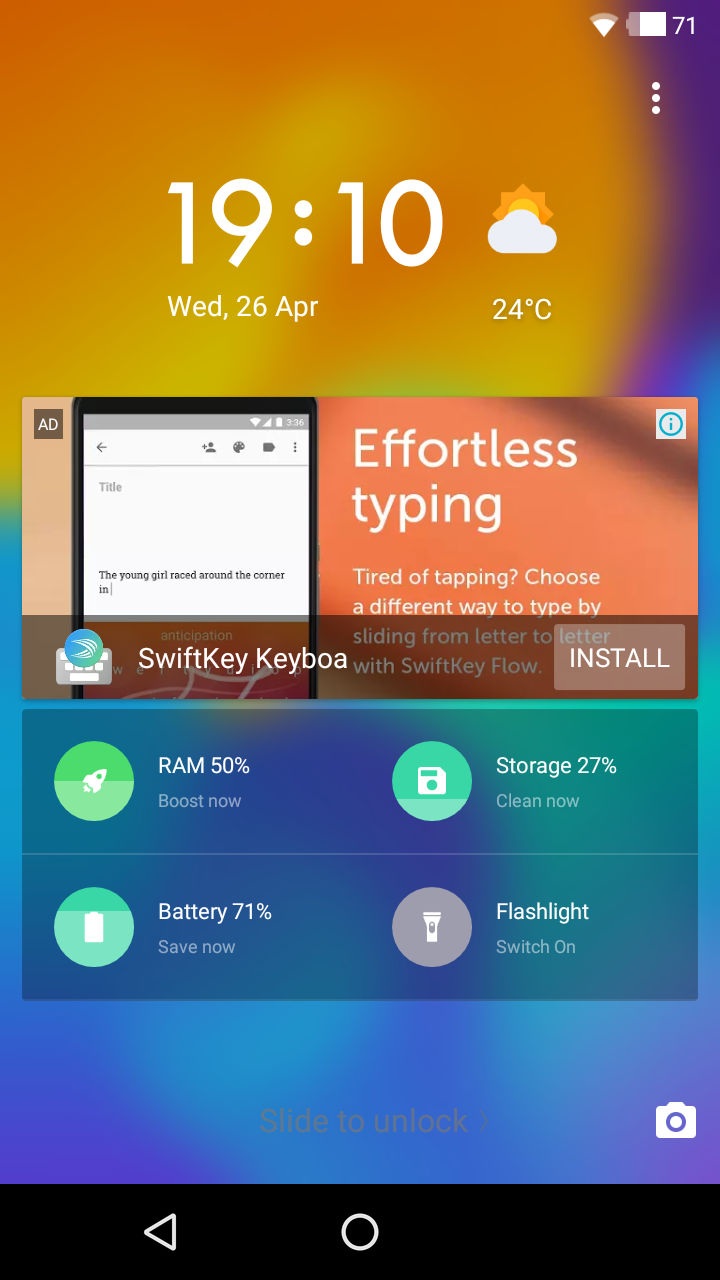 If you thought that the bezels on the Evok Power were bad, then buckle up, because the software is nothing short of a train wreck. Although the Evok Power runs a near-stock version of Android Marshmallow, it comes loaded with bloatware. Fortunately, most of it can be deleted and that is the first thing that I did (as should you). Strangely enough, every time I ‘unlocked’ the smartphone with my fingerprint, the device didn’t take me to the home screen but instead diverted me to the lock screen. Why, you might ask? Well, besides showing the amount of RAM that’s being used and the current brightness of your display, the lock screen also displayed ads from various developers prompting me to install their apps. It was like an ad screen over my lock screen (Inception, anyone?). Thankfully, the ad screen was part of a pre-installed app dubbed Superb Cleaner and could be turned off relatively easily. However, since it comes with the smartphone from the get-go, many users might be led to believe that the ad screen is in fact, normal. The smartphone also suffers from poor touch responsiveness. On several occasions, it took me a second to get a feedback from the device as a consequence of my input. 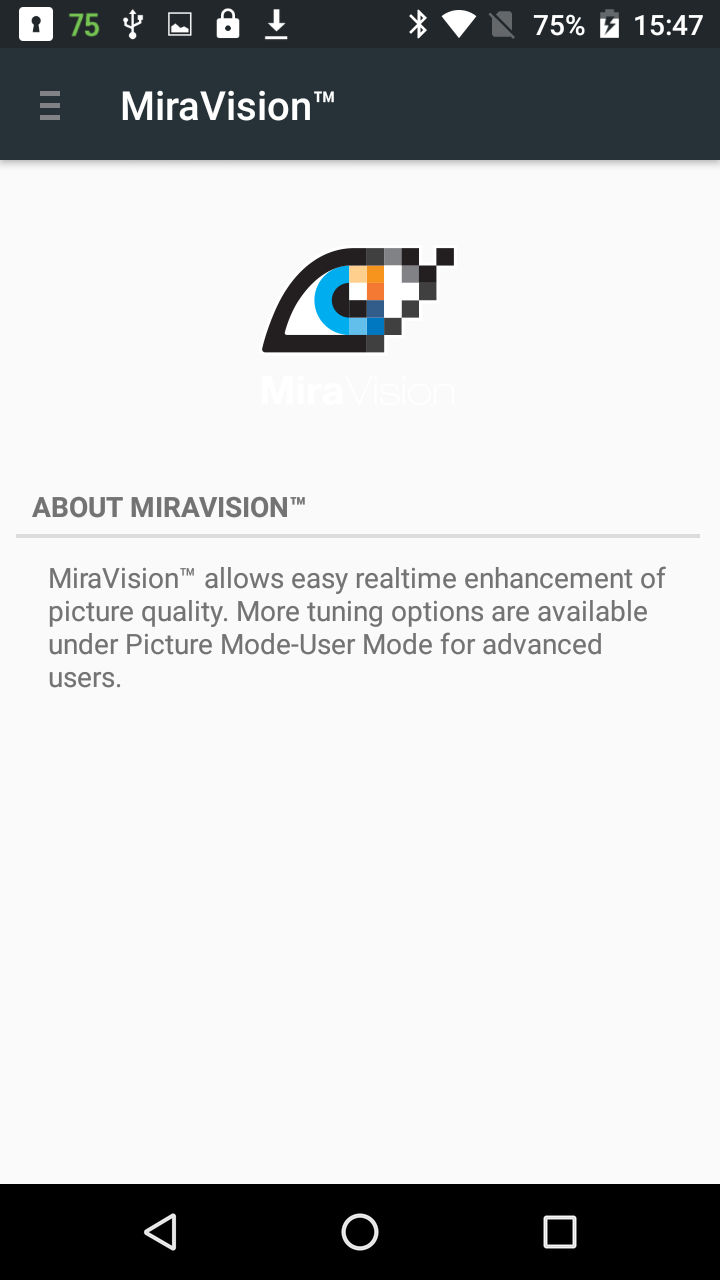 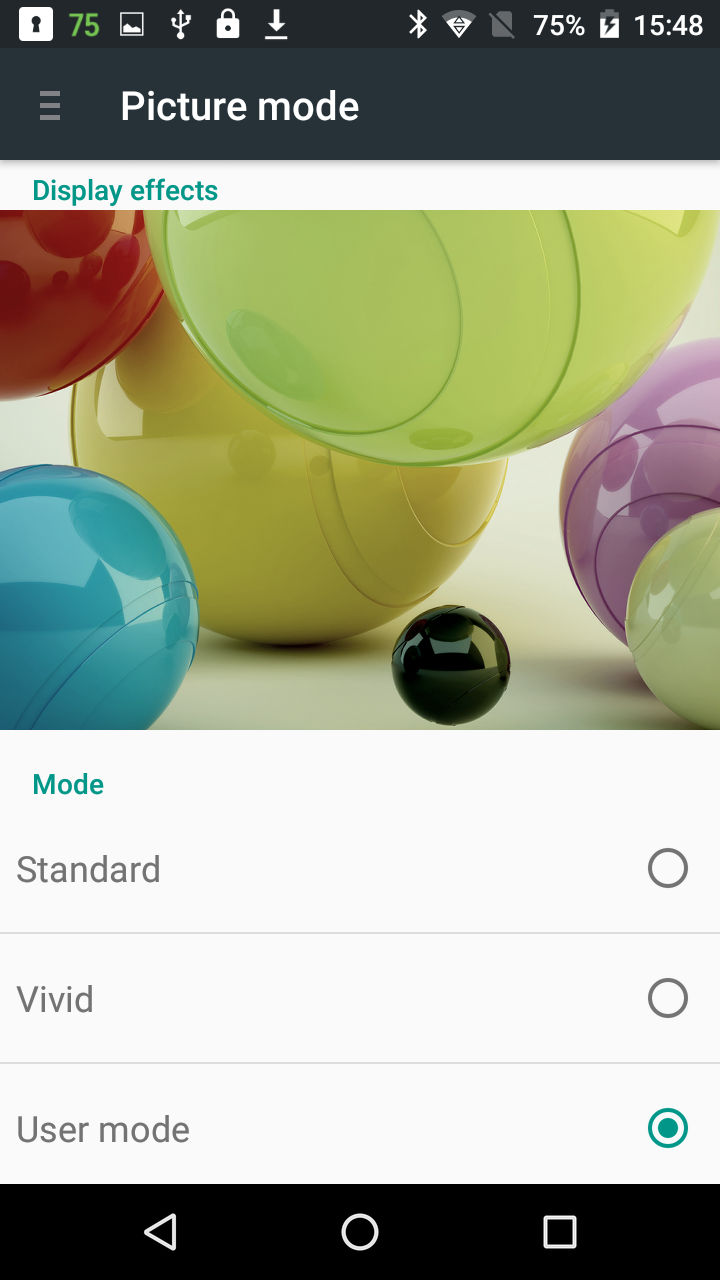 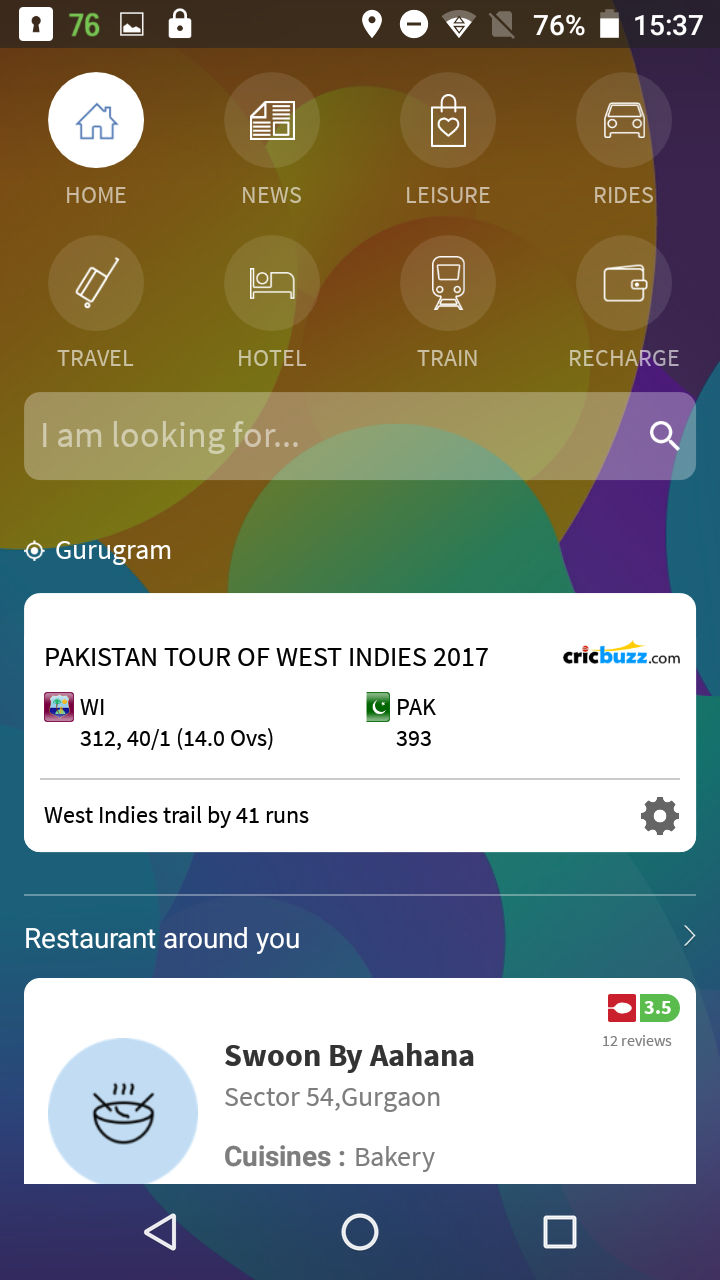 It’s not all downhill for Evok Power’s software though. The device comes with support for MiraVision which allows users to tweak the display tone as per their preference. The default launcher of the smartphone, which is called Steroid launcher, has a few tricks up its sleeve too. For instance, swiping left on the home screen will take you to an all-encompassing smart screen via which, you can catch the latest news, book a ride/hotel/train or recharge your smartphone. Swiping up on the home screen brings you a set of system toggles in an iPhone-esque manner which is a nice touch too.

A smartphone with a 20MP camera sounds good on paper and it might even click stunning pictures, but the pixel count is but a small cog in a big machine. There are a lot of other variables which work harmoniously together to output pictures which are rich in colours and details. On paper, the 8MP rear-facing sensor and the 5MP selfie-shooter of the Evok Power look really promising, considering the price of the device. Unfortunately, they don’t translate into good digital stills and there are several problems I faced with the Evok Power’s camera. But before we get into that, let’s look at the camera interface first. 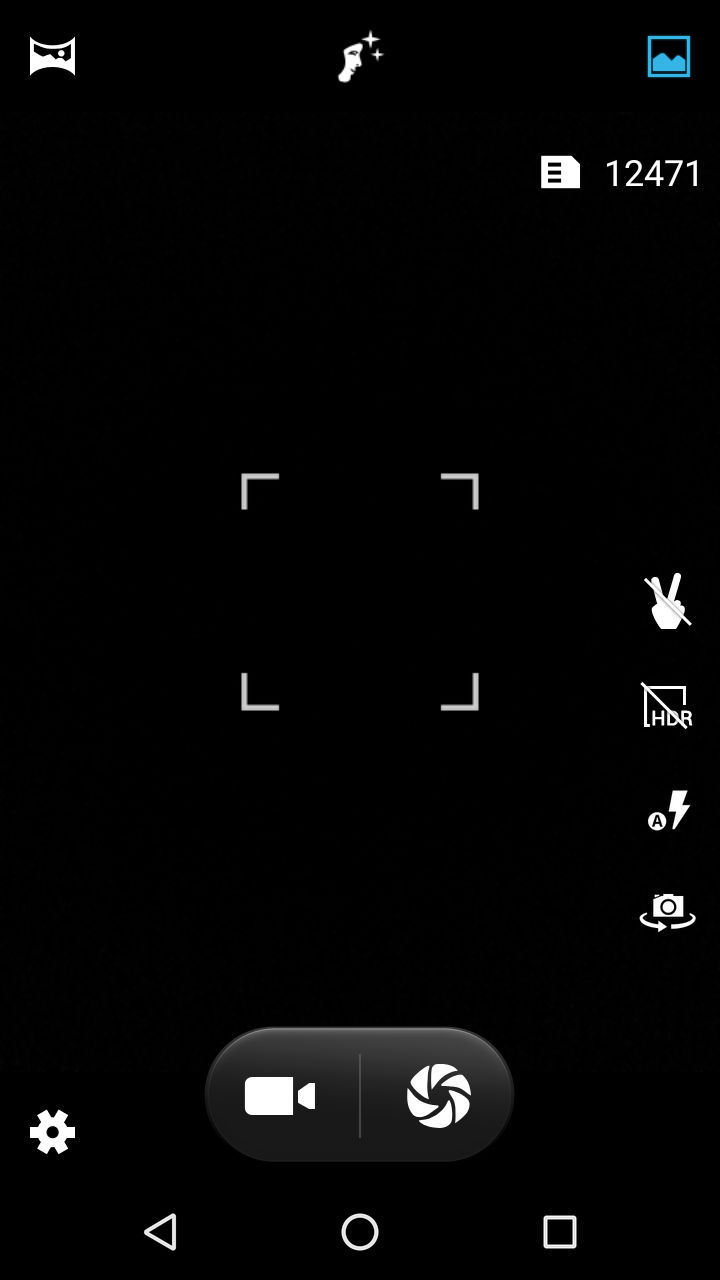 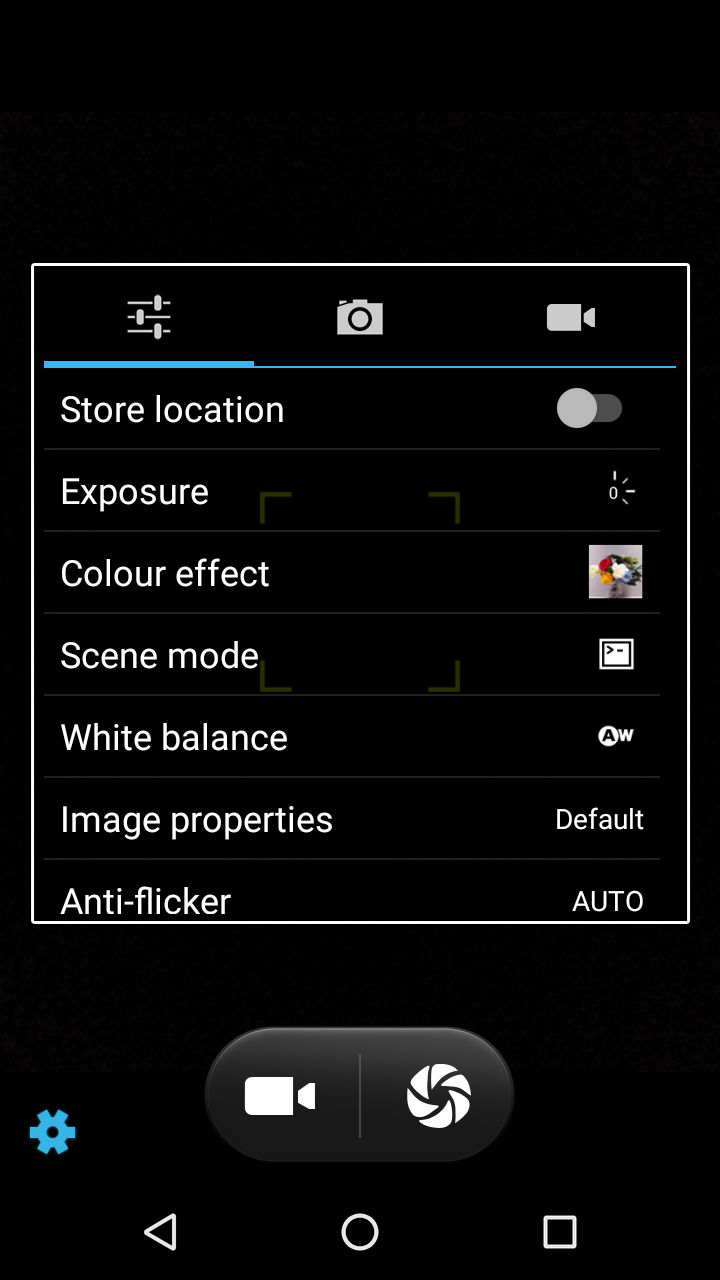 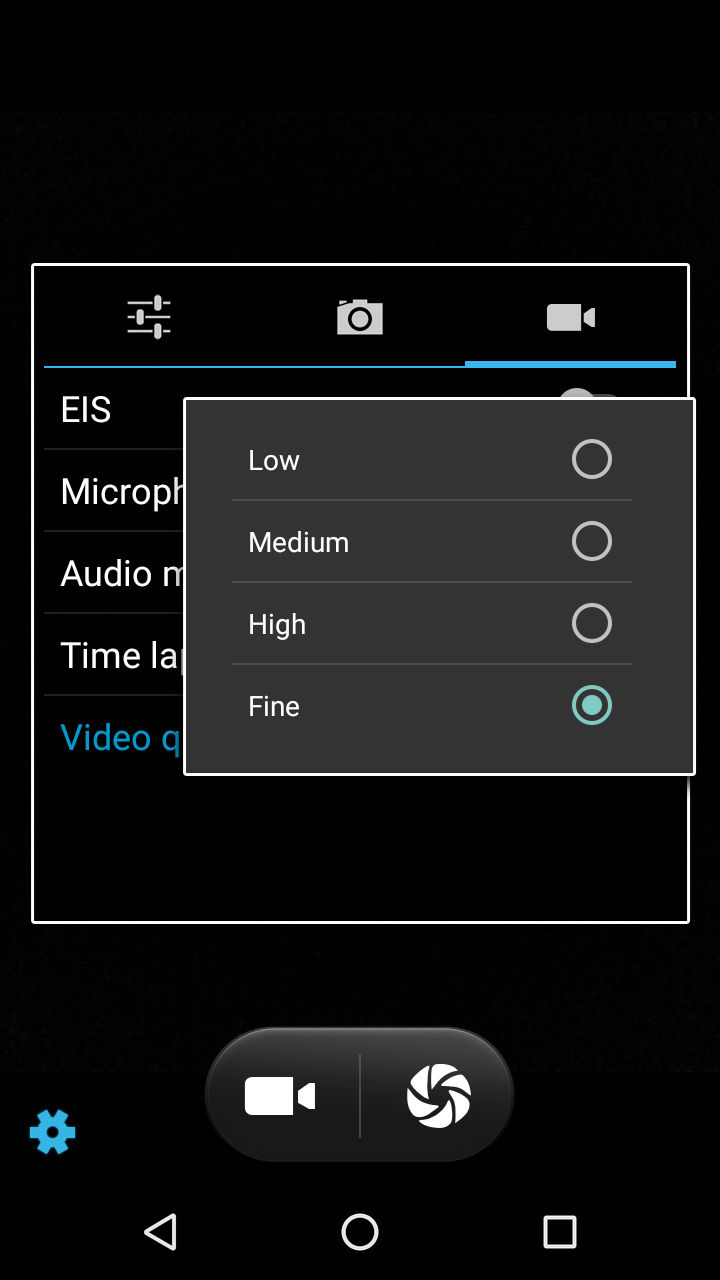 Micromax offers a pretty loaded (if dated) camera interface which comes with a ton of capture modes such as smile shot, face detection, and gesture capture. Users also have the option to play with advanced settings such as exposure and colour effects. The shutter button can be found at the very bottom which has been flanked by a settings cog on the left and a camera/flash toggle on the right. Coincidentally, the flash toggle is the same for both, the camera and video mode. So, if you have the camera flash on for photos, it will also stay on for videos. Despite its decent software, I wasn’t a fan of the Evok Power’s camera. For starters, the device takes a few taps of the viewfinder to lock focus onto a subject. Secondly, despite the smartphone offering anti-shake functionality within the settings, the slightest movement by the subject results in blurry shots. Long shots on the smartphone looked fairly crisp on the display, but were flooded with grain the second I zoomed in. Colour reproduction wasn’t that good either and most of my shots turned out to be dull. Unsurprisingly, night shots lacked details and were full of noise too. Having said that, the smartphone managed to exceed my expectations when it came to macro shots, capturing sufficient detail and adding a depth effect too.

For videos, the Evok Power can output full HD videos, however, the quality is average at best.  The front camera of the device isn’t anything to write home about either. To my eyes, the front-facing camera seemed to be operating in a black and white mode as the selfies had a greyish tint to them. To sum up, the camera configuration of the Evok Power looks promising enough but fails to deliver. 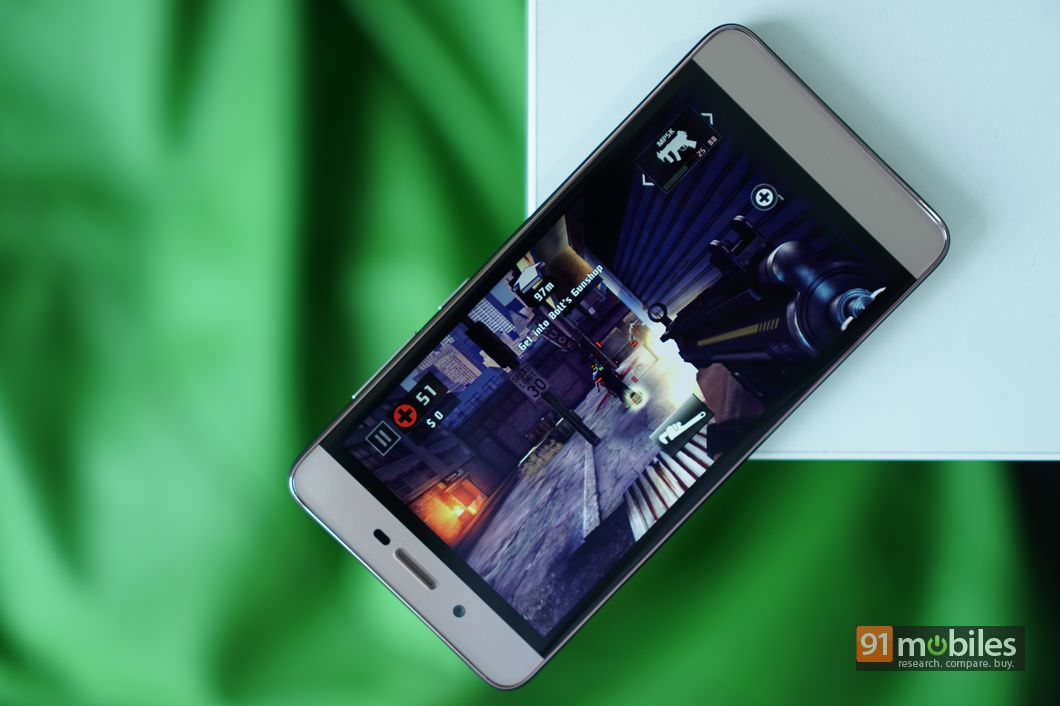 Driving the smarts on the Evok Power is a quad-core MediaTek processor clocked at 1.25GHz which works in tandem with 2GB of RAM. Being a budget smartphone, I wasn’t expecting to be blown away by the Evok Power’s spec sheet. What surprised me, however, was the smartphone’s performance while running graphics-intensive games. Even though there were several instances when the smartphone lagged during day-to-day usage, gaming on the Evok Power was a completely different story. I didn’t come across any frame drops whilst playing Dead Trigger 2 on high settings. I did have to tone the settings down to medium to get playable frame rates on Asphalt 8 but overall, the gaming performance of the smartphone is solid.

As its name suggests, the Evok Power is being targeted at power-hungry users with its massive 4,000mAh battery and unsurprisingly, the smartphone delivers exceptional battery life. In our standard battery test, the smartphone was able to play a 720p video for 14.5 hours on a loop. The screen-on time I got with the device was close to 4.5 hours, though I was playing Dead Trigger 2 for the better part of a day on the smartphone and therefore, could have extended the SOT by a good few hours. The speaker output of the smartphone was fine, although it doesn’t get too loud. I also feel like Micromax should have avoided a rear-facing speaker as holding the smartphone in landscape mode while watching movies or playing games muffle the sound output. 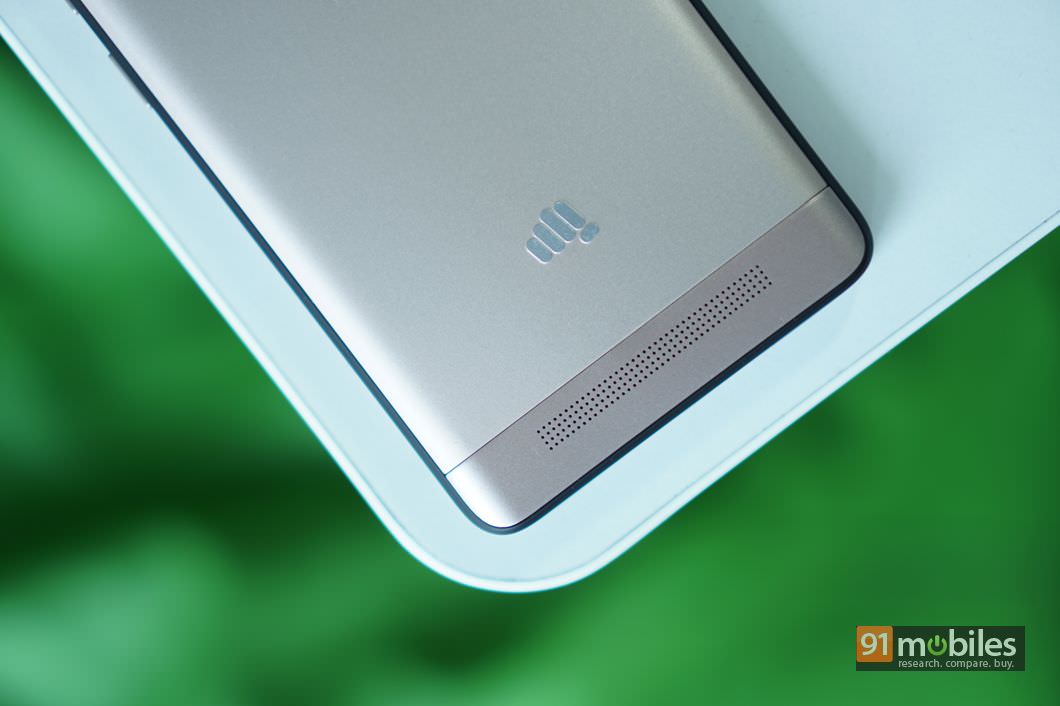 The Micromax Evok Power isn’t a bad smartphone for Rs 7,000. It has a decent build, a decent display and decent performance. However, in a world where smartphone manufacturers are fighting tooth and nail to acquire buyers, decent isn’t going to cut it for Micromax. Especially when the Evok Power has to go up against the likes of Xiaomi Redmi 4A (review), which offers better cameras, smoother performance and similar battery life at a cheaper price point. Therefore, Micromax’s attempt to woo the lazy consumer which only shops online just might end up backfiring on the company.